Accessibility links
How Biden And Trump Are Courting Voters 65 And Older Seniors are a reliable voting bloc and have been disproportionately affected by the coronavirus pandemic. 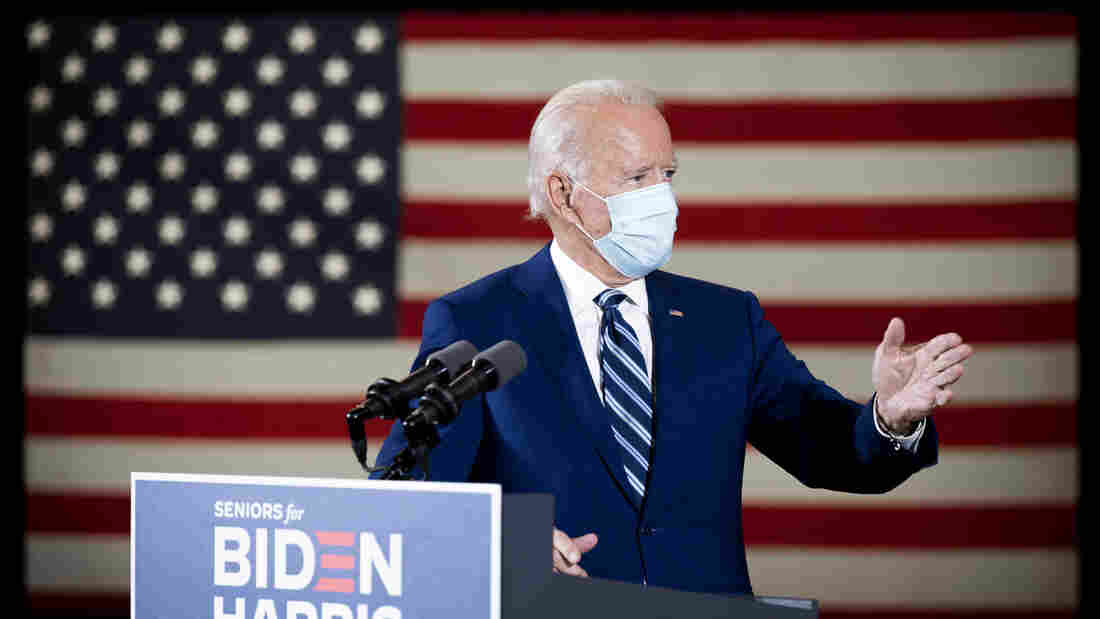 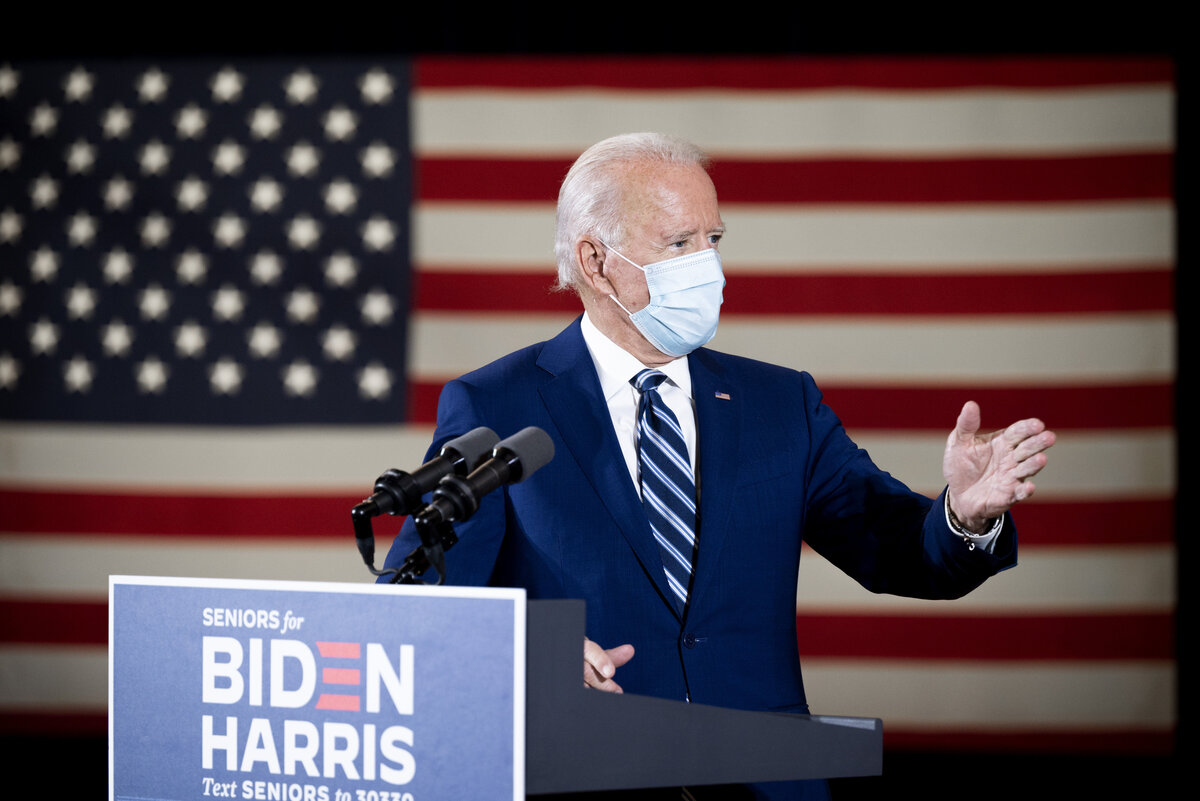 With just three weeks left in the presidential race, Democratic nominee Joe Biden and President Trump are heavily courting senior citizens, a crucial voting bloc that has been disproportionately affected by the coronavirus pandemic.

"[Trump's] never been focused on you. His handling of this pandemic has been erratic, just like his presidency has been. And it has prevented Florida seniors and people all across the country from getting the relief that they need," Biden said Tuesday in remarks, delivered with a mask on, in Pembroke Pines, Fla.

Seniors make up a sizeable share of voters in the all-important toss-up state.

Biden, who's 77, slammed Trump, 74, for minimizing the severity of the pandemic, which has now claimed the lives of more than 215,000 Americans, calling his continued downplaying of the virus "reckless."

"How many empty chairs are around the dining room table tonight because of his negligence? How many people's hearts are broken?" Biden asked.

He added: "While he throws super-spreader parties at the White House, where Republicans hug each other without concern of the consequences, how many of you have been unable to hug your grandkids in the last seven months?"

In a statement, Tim Murtaugh, the Trump campaign communications director, said Biden is "lying" and "trying to mislead and scare seniors for political reasons."

Speaking at his own event in Florida, on Monday night in Sanford, the president accused Biden of plans to cut Social Security and Medicare himself.

It was Trump's first campaign trip outside of Washington, D.C., since his hospitalization for COVID-19.

Last week, the president released a video about his bout with the illness that he addressed to seniors, "MY FAVORITE PEOPLE IN THE WORLD!"

TO MY FAVORITE PEOPLE IN THE WORLD! pic.twitter.com/38DbQtUxEu

The Trump campaign has also launched a series of ads targeting older voters in key states, including one that asks bluntly: "Who's better for seniors?"

Another ad proclaims that the Trump administration "protect[ed] our seniors" throughout the pandemic and features a clip of Dr. Anthony Fauci, the government's top infectious disease expert, appearing to laud the president, saying, "I can't imagine that anybody could be doing more."

In fact, those words were taken from a Fox News interview in which Fauci praised the work being done on the coronavirus task force. Fauci recently told CNN he didn't consent to being featured in the new ad and that his words were taken out of context. The Trump campaign has pushed back, saying Fauci's words were accurate.

The dueling appeals to older voters come as Trump lags behind Biden in polls — and notably among seniors.

Some polls have shown bigger margins. A CNN survey of likely voters had Biden up big among those 65 years and older, with 60% for Biden and 39% for Trump.

The poll also showed 78% of respondents 65 and older listed the coronavirus outbreak as an "extremely important factor" in determining who they'll vote for.

If Biden's leads with seniors hold up, it would be a reversal from 2016.

According to the Pew Research Center, Trump enjoyed a 9-point advantage over Democrat Hillary Clinton among voters 65+ (53% to 44%).

Voters 60 and older consistently turn out to vote at higher levels than other age groups.