Accessibility links
Apple Unveils iPhone 12 With 5G, But Most Won't Feel Faster Speeds Anytime Soon Eventually, smartphones with 5G capabilities could be up to 20 times faster than the current 4G standard, but most places in the U.S. still don't have the infrastructure to support 5G. 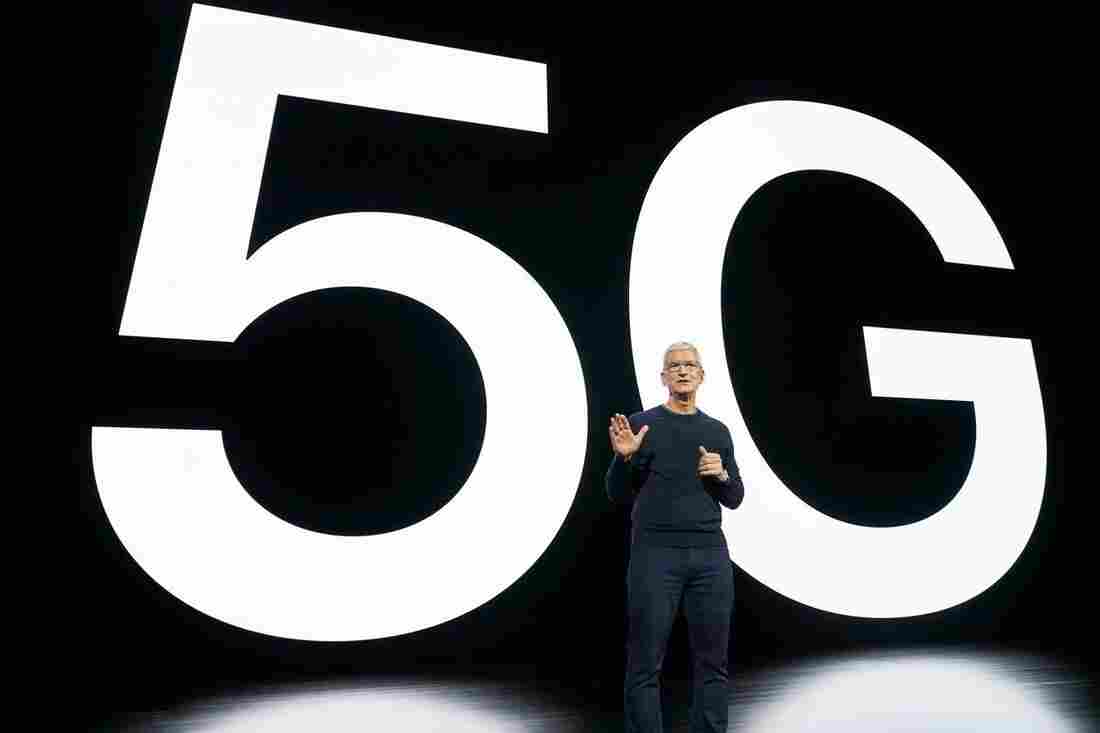 Apple CEO Tim Cook announces the launch of the iPhone 12, which is the first iPhone enabled to harness the power of the 5G network. Apple hide caption 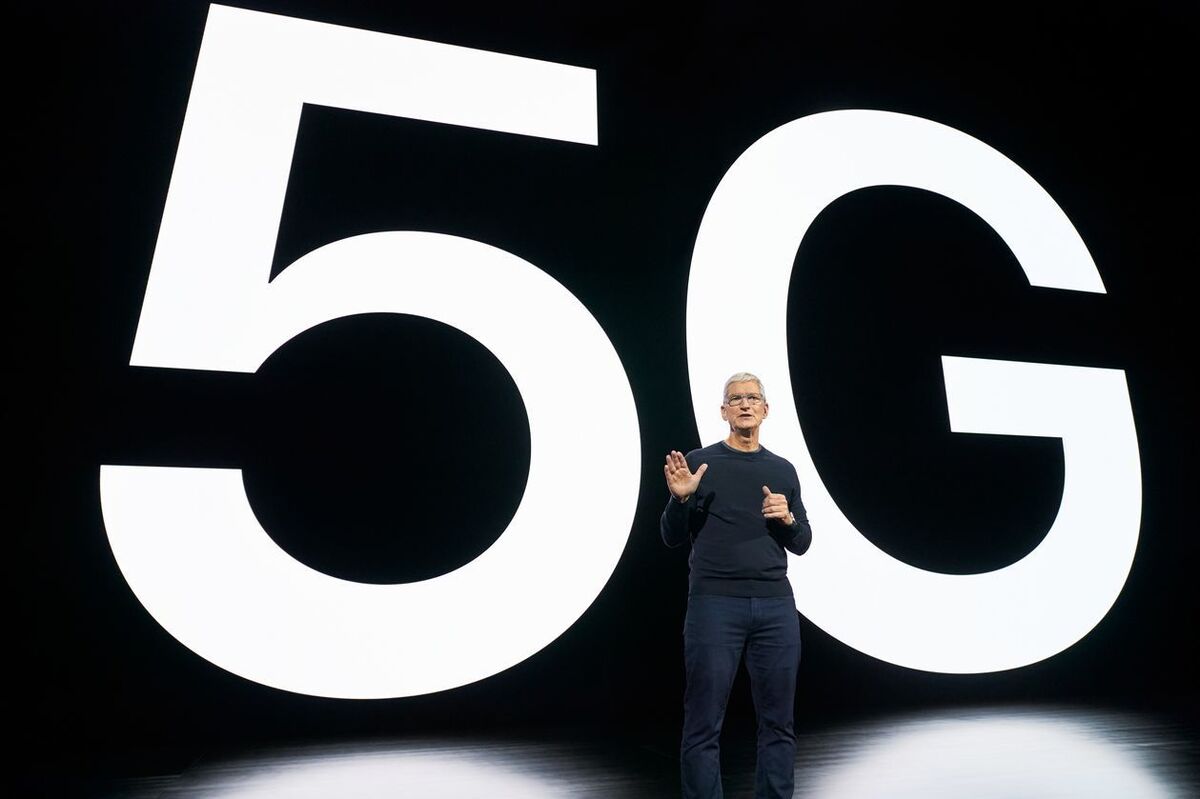 Apple CEO Tim Cook announces the launch of the iPhone 12, which is the first iPhone enabled to harness the power of the 5G network.

Apple on Tuesday announced the iPhone 12, the first Apple smartphone with 5G-enabled technology that eventually will let data flow at much faster speeds.

"Today is the beginning of a new era for iPhone," Apple CEO Tim Cook said. "This is a huge moment for all of us."

But not exactly a huge moment for most consumers, at least not yet.

Eventually, smartphones with fifth-generation technology capabilities — expected to be 10 to 20 times faster than 4G speeds — will make a big difference for gamers and people who stream videos on mobile, but industry analysts say 5G infrastructure in the U.S. is years away from being widely available.

"Now we have an iPhone that is capable of exploiting the benefits of the 5G wireless network, but we have an underdeveloped network," said Tom Forte, a D.A. Davidson research analyst. "It could take a couple [of] years for that to happen."

Verizon Communications CEO Hans Vestberg, who was on hand at Apple's Tuesday event, said that 5G is now in 55 cities, 43 sports stadiums and seven airports, but wider nationwide available is happening gradually.

By the end of the year, Verizon plans to launch 5G in more than 60 cities, including Philadelphia, San Francisco and Tucson, Ariz.

Forte said he expects that the suburbs and more rural parts of the country will have a longer wait.

"There are large parts of the country that may never have it," he said.

While Apple's smartphone rivals Samsung and Google have already introduced phones able to connect to 5G, Forte said the challenge for Apple now is to manage people's expectations.

"When people get the new iPhone and can't use the high-speed network, there is real potential for high levels of disappointment there," he said.

Still, Wedbush Securities analyst Dan Ives said the 5G-enabled technology in the iPhone could, with time, be a "game changer" as more infrastructure comes on line and as more apps are built "around this transformational 5G highway over the coming years."

The iPhone 12 will also feature a smaller, smoother design and a "ceramic shield" to help protect the glass cover from breaks and cracks. The smallest version starts at $699.

Dan Morgan, a portfolio manager at Synovus Trust and longtime Apple investor, said iPhone sales peaked about five years ago. Every update since then has been more of a ripple than a wave, he said, noting that he does not expect the iPhone 12 to set any sales records.

The Latest U.S. Blow To China's Huawei Could Knock Out Its Global 5G Plans

"Is it going to blast the roof off in terms of the number of phones sold for the remainder of this year and early next year? Probably not," Morgan said. "But I'd say it'll result in some good, solid growth."

With so many working from home and using Wi-Fi as their main connection to the Internet, Morgan said a 5G connection may not be as attractive to those seeking faster speeds.

"If you really wanted to watch a Netflix movie or play a game, maybe you can just go and use your Wi-Fi instead right now," he said.

Apple, the most valuable company in the world, has seen its stock surge during the pandemic and is now worth $2 trillion.