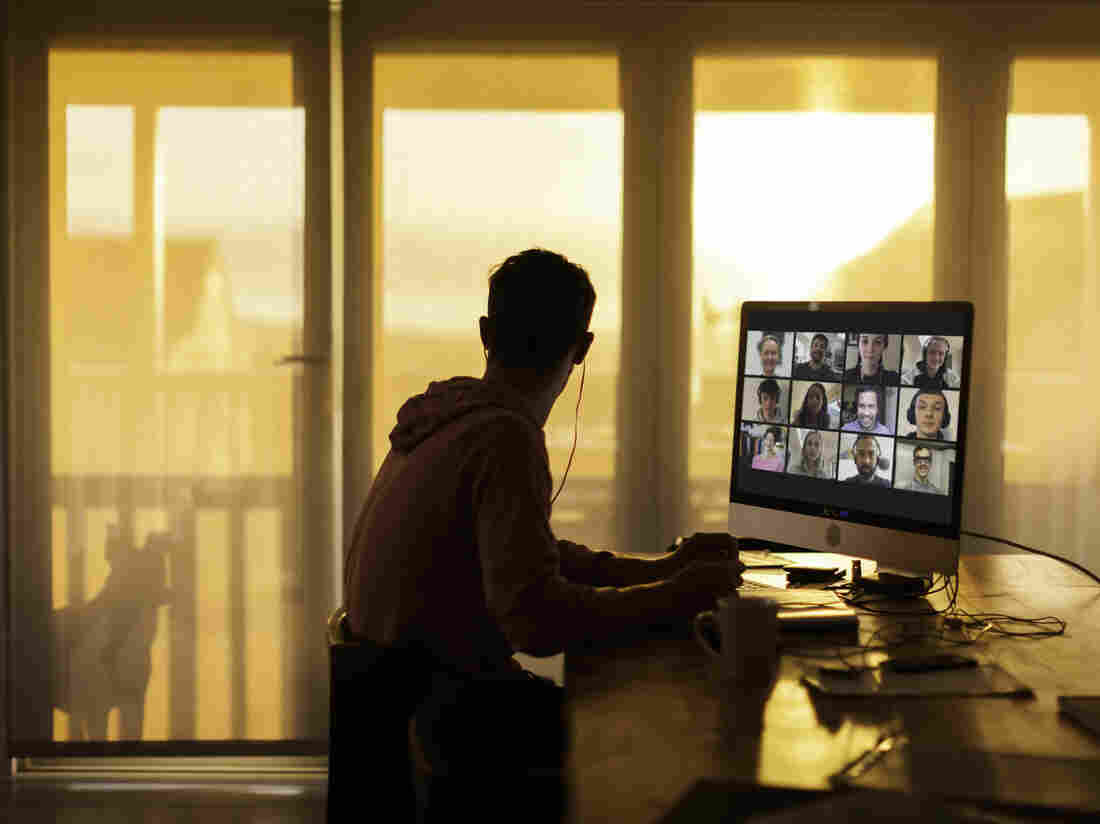 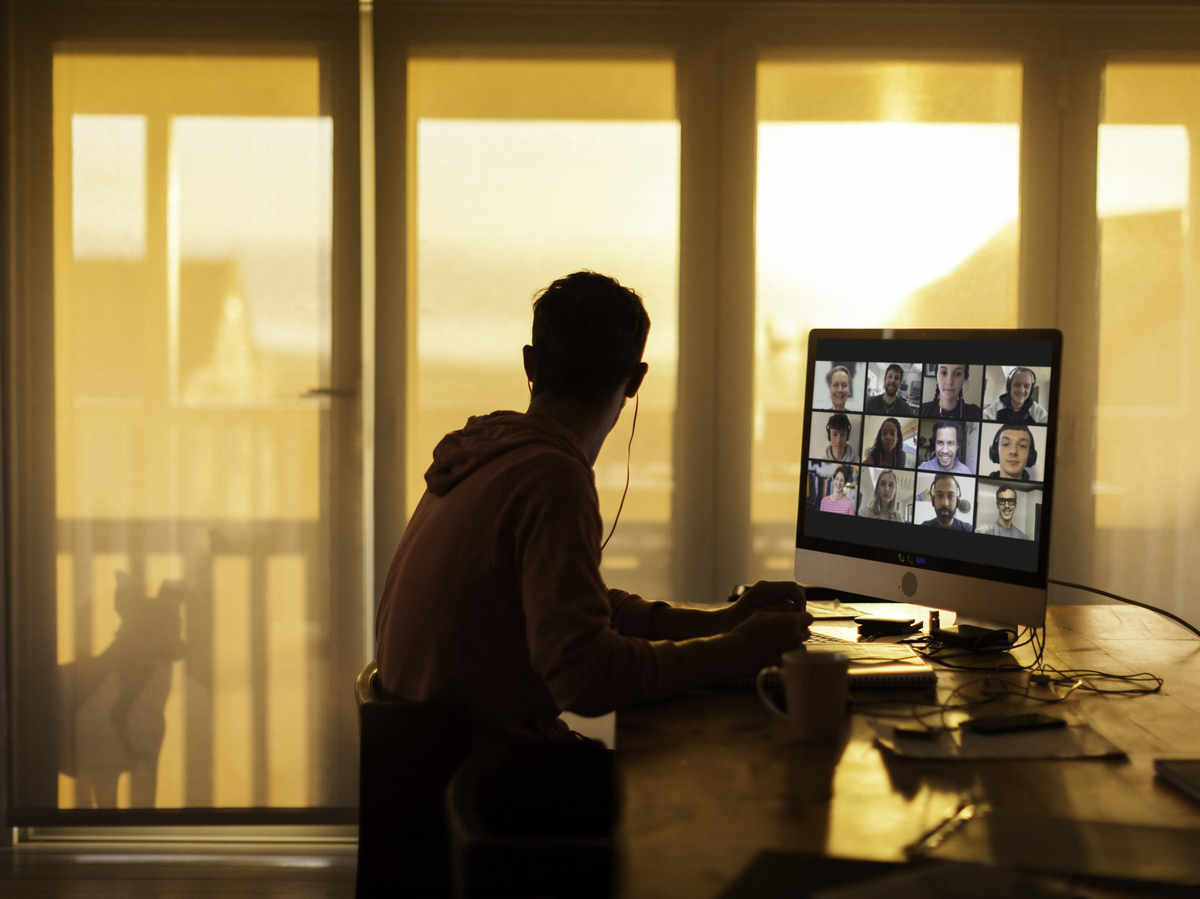 When the pandemic first hit, corporate executives thought video meetings were awesome and productive. Now, CEOs are questioning how much those meetings really achieve.

Lately, Zoom meetings have been hitting a nerve with CEOs.

And Microsoft CEO Satya Nadella calls them transactional, where "30 minutes into your first video meeting in the morning ... you're fatigued."

Early during the pandemic lockdowns, in April, many were touting the benefits. James Gorman, CEO of Morgan Stanley, said his bank would need much less real estate in the future because even though he was a fan of having teams together, "we've proven we can operate with no footprint."

Now members of the C-suite have gone full boomerang on Zoom meetings. After finding them awesome and productive at first, they're now questioning how much they really achieve and are suggesting they lead to a sterile work culture lacking in imagination.

"What we as human beings need, want, seek ... is human contact," Nadella says. He was speaking at a virtual conference organized by The Wall Street Journal last week.

Dimon is particularly worried about how working from home has affected JPMorgan's younger employees. He told analysts that productivity had dipped, especially on Mondays and Fridays. Dimon says bringing people back to the office is paramount to fostering creativity.

The bloom is clearly off this rose.

Remote workers are using the bathroom during meetings

What Dimon and Nadella are articulating is increasingly bearing out in broader surveys. Architect and design firm Vocon, which of course has an interest in people returning to office spaces, conducted a survey in September. It found that 40% of people who ran businesses have noticed decreases in productivity from remote working staff. Among the same group back in April, 56% rated productivity as "excellent."

As for the employees, who sit in front of a computer every day in the same spot of their homes, often on video chat, they found the experience "draining." They missed being able to connect face to face with colleagues and had trouble setting boundaries for when work started or ended.

"It was surprising to see so many people felt this remote work fatigue, especially given the headlines of 100% remote forever," says Sarah McCann​, a real estate strategy associate at Vocon.

Another survey by virtual tech firm Lucid found that workers didn't feel like they needed to behave during virtual meetings when no one was looking. Most of them admitted to "questionable behavior" during virtual brainstorm meetings, including 1 in 10 who admitted using the bathroom while on a call.

Some workers also admitted to exercising, taking a shower, watching TV and cooking or preparing a meal while participating in virtual brainstorm meetings.

Nathan Rawlins, the chief marketing officer at Lucid, said that's because virtual meetings are often a series of monologues where people are often checked out and feel "this meeting is the sort of thing where I could lift weights."

Rawlins said workers were put off by hearing multiple voices simultaneously, which might not be that distracting in a physical setting. The survey also found that younger workers — as many as 1 in 4 — were even breaking company pandemic protocols and meeting with colleagues in person to discuss work projects.

And corporate leaders found that they had to delay major launches, campaigns, or initiatives. Rawlins says these are exactly the kinds of projects that need people to work together in person and collaborate to finish.

Recognizing the importance of collaboration, some large companies, including those that are offering flexible options to employees, are doubling down on office space. Facebook is leasing all the office space at an ornate New York landmark, the former James A. Farley Post Office building.

Amazon, which so far has said employees can work from home until early next year, just bought the marquee Lord & Taylor building on Manhattan's Fifth Avenue and leased another 2 million square feet in Bellevue, Wash. But these tech giants will continue to offer employees flexible options, recognizing that much work can be done at home, while betting that their employees are also driven by the human impulse to socialize.

Still, there is a recognition by workers and employers alike that more is possible with virtual settings than before.

"A lot of people have learned that they can work at home, or that there's other methods of conducting their business than they might have thought from what they were doing a couple of years ago," the legendary investor Warren Buffett said at the Berkshire Hathaway annual meeting in May. "When change happens in the world, you adjust to it."

And despite all the misgivings, Microsoft itself announced just last week that its staff will have the option of working from home permanently. It's what many other companies are — from Facebook and Twitter to Zillow and Nationwide Insurance — are doing.

Many workers enjoy working from home and are saying so. What most surveys show, however, is that they also want to meet their colleagues. They miss the casual moments that spark spontaneous ideas. Some tasks — such as reading, research and writing — can, in fact, be done better in a remote setting. But creative brainstorming sessions, project discussions, new client meetings, onboarding of new employees are better suited to in-person settings.

Companies recognize this new reality. Workplace consultant Korn Ferry found in a survey that few, as in just 14%, employers say returning to the office every day will be mandatory.