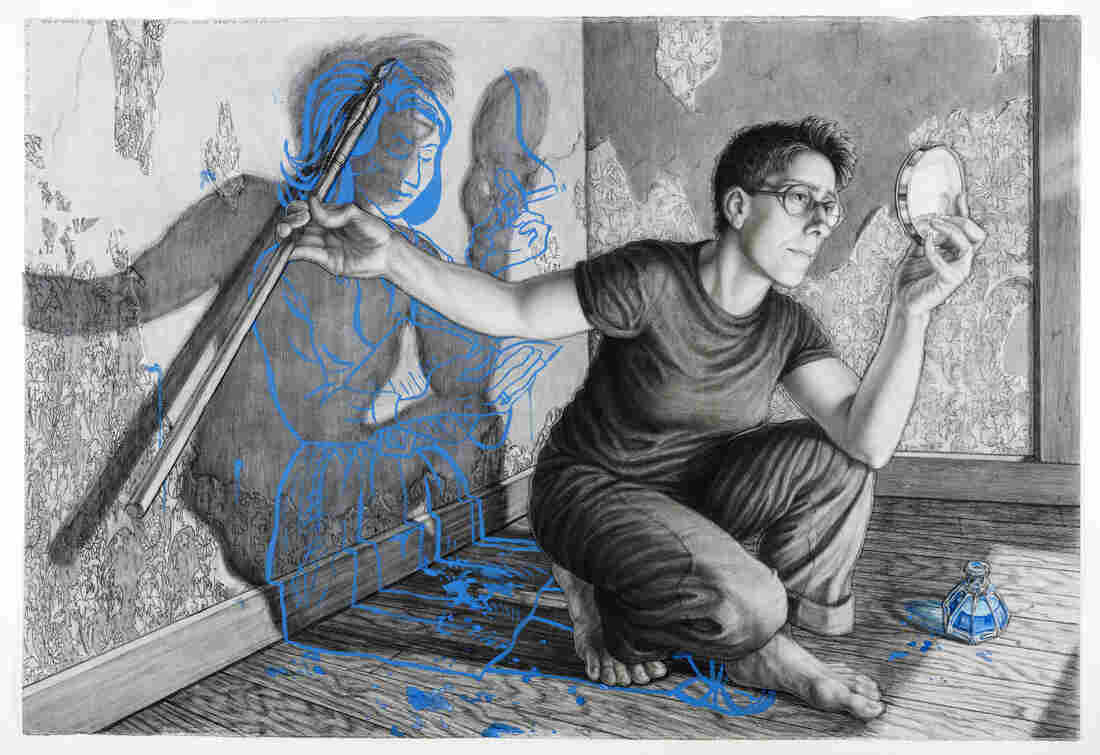 Riva Lehrer's 2010 charcoal mixed-media collage portrait of Alison Bechdel, author of the Dykes to Watch Out For comic strip and the memoirs Fun Home and Are You My Mother? National Portrait Gallery/Disability Futures Fund hide caption 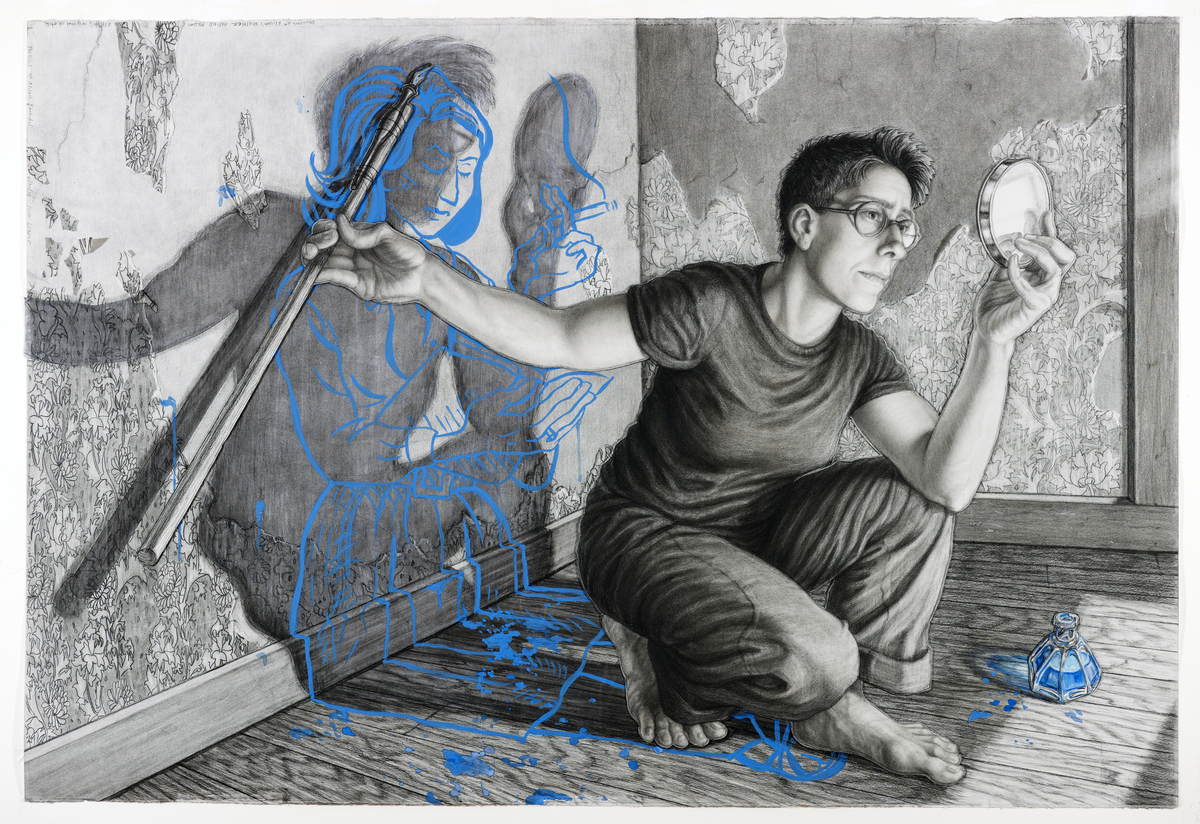 Riva Lehrer's 2010 charcoal mixed-media collage portrait of Alison Bechdel, author of the Dykes to Watch Out For comic strip and the memoirs Fun Home and Are You My Mother?

Riva Lehrer is a painter who reimagines "socially challenged" bodies with often fantastical imagery. John Lee Clark, a DeafBlind poet, is a leader in the Protactile movement, a language that communicates through touch. Tourmaline is a filmmaker whose work explores "the capacity" of Black queer/trans social life "to impact the world."

These are some of the artists in the inaugural class of Disability Futures Fellows, a new initiative funded by the Andrew W. Mellon and Ford Foundations (both donors to NPR). All 20 artists will each receive unrestricted grants of $50,000. The fellows work in a range of disciplines including architecture, dance, multimedia and journalism. 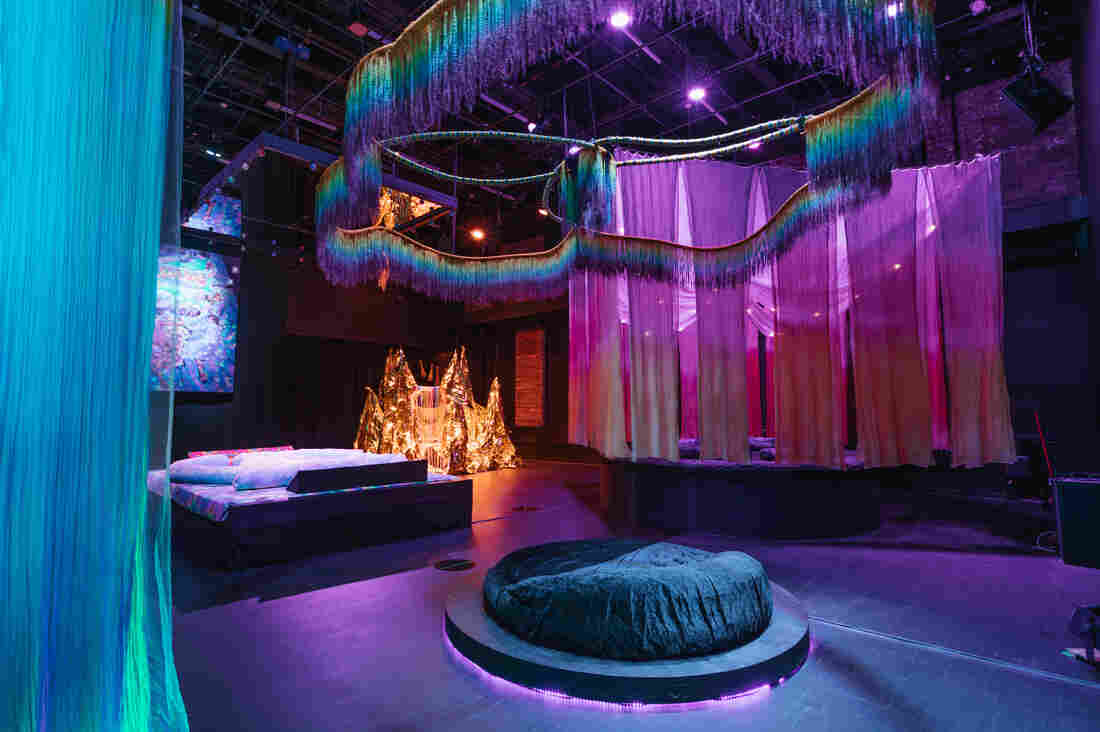 Back Power Naps, 2019, is an elaborate arrangement of plush beds and bean bags in a spacious, black box theater by interdisciplinary artist Navild Acosta. "The deliberate fragmentation of restorative sleep patterns was used to subjugate and extract labor from enslaved people ..." Acosta writes. And today, "a state of constant fatigue is used to break our will." Da Ping Luo/Performance Space New York/Cultural Counsel hide caption

You might call this initiative part of a reckoning within the Ford Foundation. Darren Walker, its president, was candid in a 2016 blog post when he said the Foundation had not been considering, "people with disabilities in our broader conversations about inequality" and vowed to "redress an issue we didn't get right."

The learning curve was steep, according to Margaret Morton, Director of Creativity and Free Expression at Ford. She says, while the Disability Futures Fellows is part of a broader goal to "pierce the veil of who counts," they took about a year to listen and research what would most benefit disabled practitioners.

"We really didn't have the language or tools that we needed to engage with this community," says Morton. So they formed a group of about 60 advisors, many of them disabled practitioners themselves. Among the lessons learned: It's better to say "disabled" than "people with disabilities." "Access" doesn't just mean building a ramp. They also relied on this group for nominations. 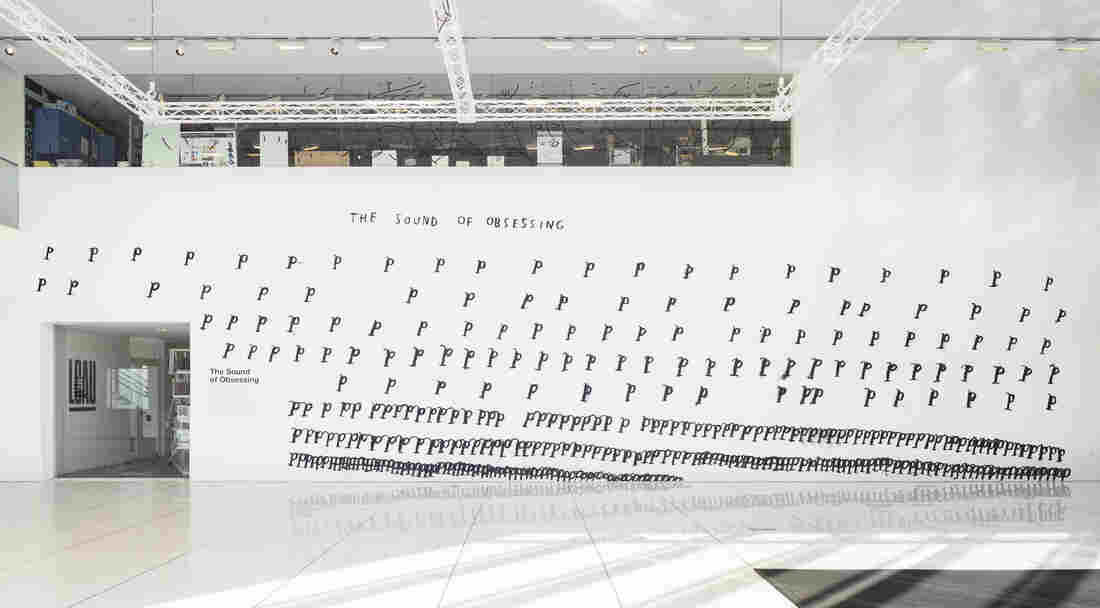 The Sound of Obsessing is a 2020 large vinyl print filled with hand-drawn "P"s by Christine Sun Kim. "When people obsess over something, they return to it over and over again in their mind," Kim writes. "There's a rhythm to it. As time goes on, the obsession quickens, represented by the shrinking distance of p's. Finally, at the end, the p's are crowded and your mind is racing non-stop." Peter Harris Studio/MIT List Visual Arts Center/Cultural Counsel hide caption

"We really are indebted to that process that was not top-down but came from the community itself," she says.

For fellow Rodney Evans, the best part of the Ford/Mellon initiative is "no strings attached." Evans is a filmmaker whose work includes the documentary Vision Portraits. He says the unrestricted grant allows him and the other recipients the chance, "to hone our craft any way we see fit." 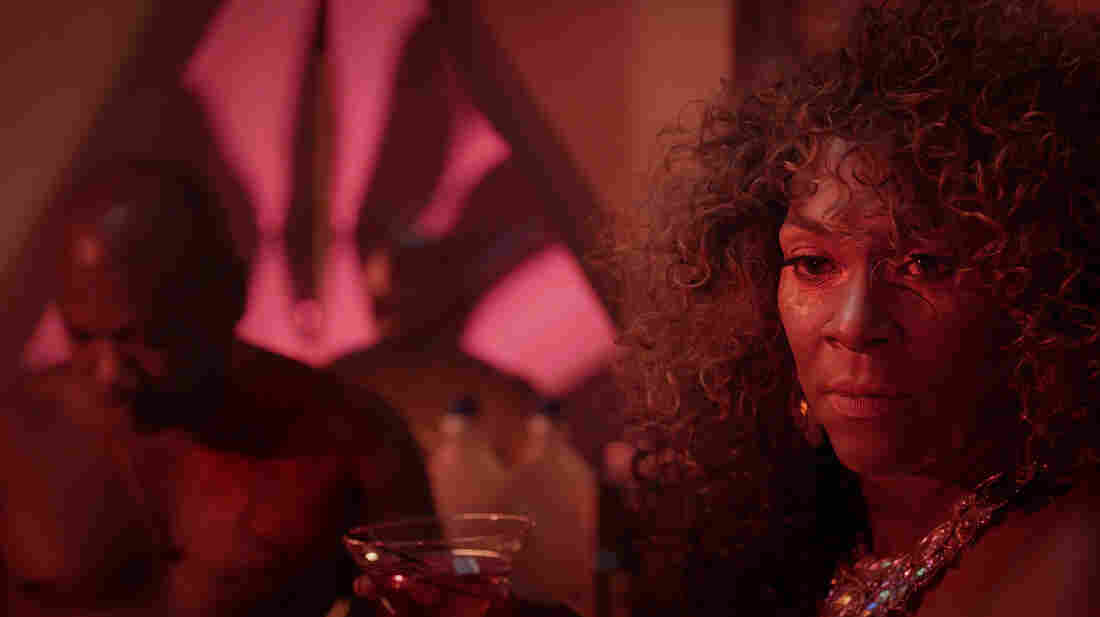 While one in four U.S. adults live with a disability, a 2019 study by the organization RespectAbility found that 75 percent of philanthropists and nonprofits said they wanted to include disabled people in their work but didn't know how. Evans thinks this fellowship could be a "watershed moment."

"It's maybe proof that disability has now officially entered the diversity and inclusion conversation," he says. "And that funders kind of understand that and are stepping up to the plate."