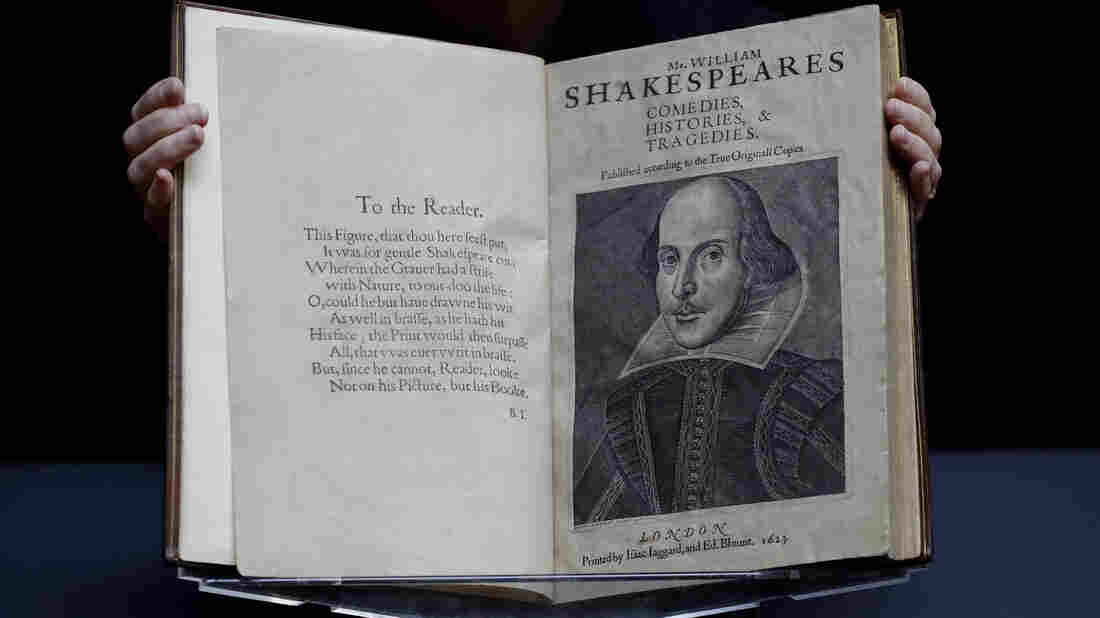 William Shakespeare's First Folio is displayed at Christie's auction rooms in London earlier this year. The book was published in 1623 and contains 36 of Shakespeare's plays. Kirsty Wigglesworth/AP hide caption 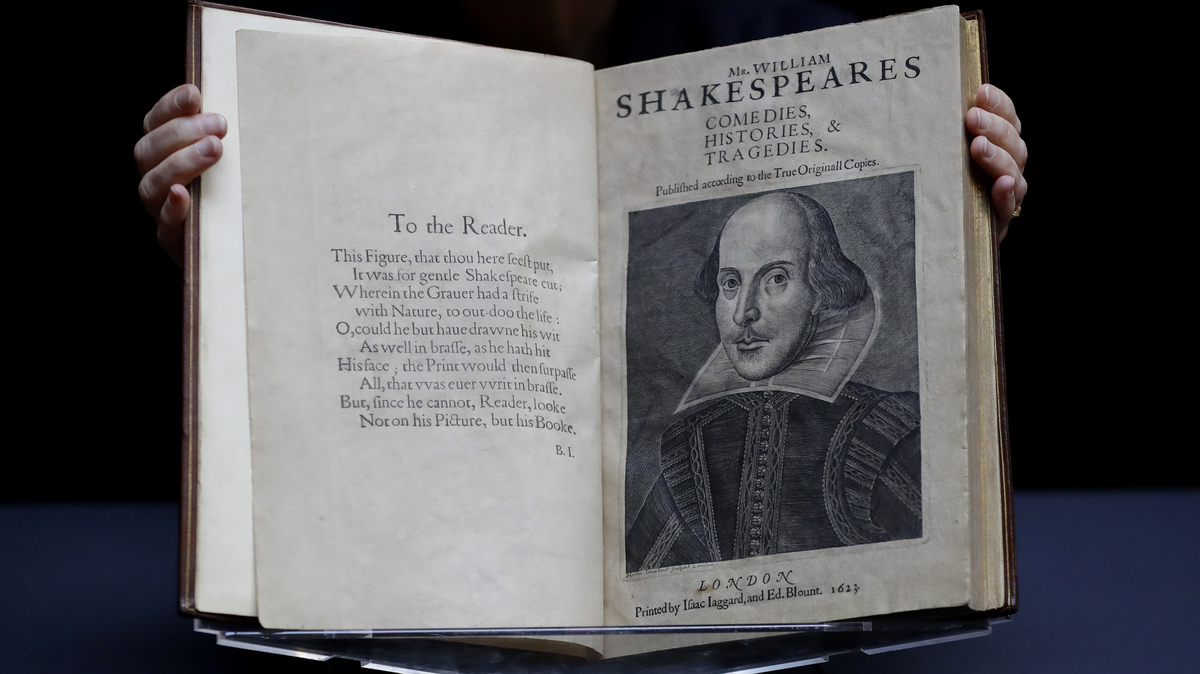 William Shakespeare's First Folio is displayed at Christie's auction rooms in London earlier this year. The book was published in 1623 and contains 36 of Shakespeare's plays.

A complete and original copy of Shakespeare's very first printed collection of plays set a record Wednesday when it was auctioned off at just under $10 million. This was the first time in almost two decades a copy had hit the market.

Referred to as the First Folio, the collection was published in 1623, seven years after Shakespeare's death.

"A complete copy of the First Folio comes up more or less once in a generation," said Margaret Ford, the International Head of Books and Manuscripts at Christie's. The auction house took bids in New York City, and said the sale establishes a world auction record for any printed work of literature.

At the time of its original printing, the folio was not only Shakespeare's first collected edition of plays, but it was also the first time that 18 out of the 36 plays in it had ever been printed. Among those 18 plays are masterpieces like Macbeth, The Tempest and Julius Caesar, all of which created a lasting hold on English literature.

"Those 18 plays very likely would not have survived were it not for the first printing of the Folio," Ford tells NPR's Morning Edition. She adds that the First Folio really came into light under the aegis of John Heminges and Henry Condell, actors and friends of the playwright. After Shakespeare's passing, the two took it upon themselves to gather up his plays and ensure accuracy of the text before it went to print.

"Of course, they would have been involved in acting some of these parts," Ford said. "But these plays ensured that Shakespeare's memory was kept alive."

Around 235 copies of the First Folio are known to exist, and not all of them are complete. And only six complete copies are so far known to be owned privately.

In an interview the day before the auction, Ford estimated that this copy of the folio would sell for $4 million to $6 million. In 2001 — the last time a copy came up for auction — it set a record by selling for more than $6 million.

The folio is accompanied by a letter written 200 years ago by Edmond Malone, a Shakespeare scholar of the late 18th century and early 19th century. In the letter, Malone addressed John Fuller, the owner of the folio at the time, saying he had inspected the copy and could assure its authenticity.

"Because Shakespeare transcends national boundaries, really like no other author, it's always been a little bit surprising that there is still no copy in some parts of the world," Ford said.

For example, there are still no original folios in China, Russia, Israel or even Denmark, she said, "and we all associate Hamlet, the prince of Denmark, to that country."