Accessibility links
Trump Faces Tossup Territory In Ohio After General Motors Plant Closure In 2016, support for Donald Trump surged in northeast Ohio. But the 2019 closure of General Motors' plant in Lordstown may have changed residents' views. 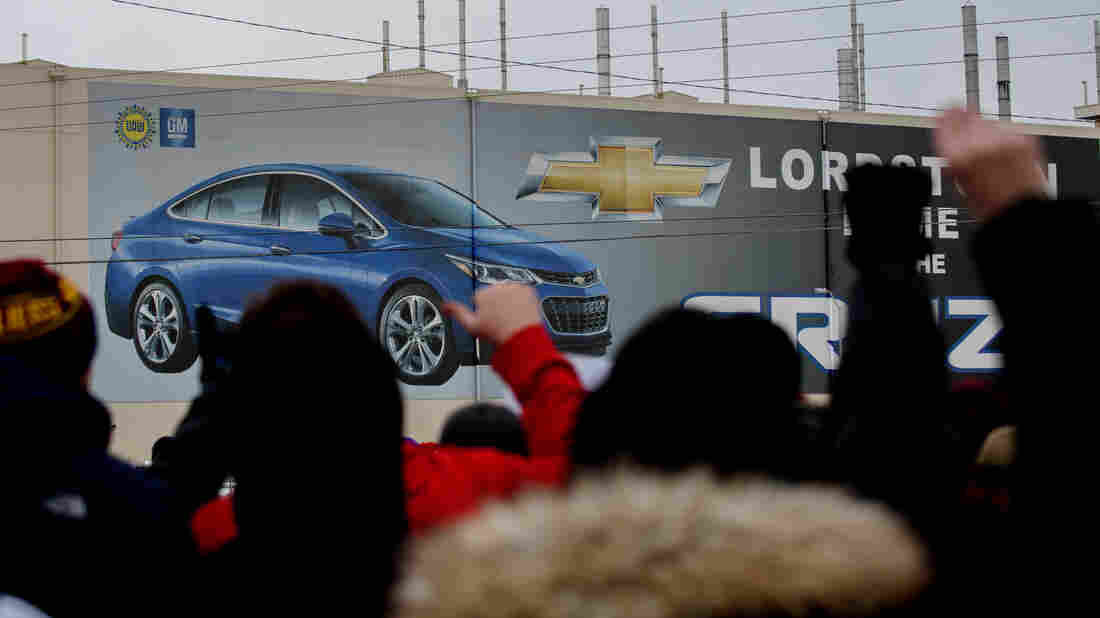 Workers rally outside General Motors' plant in Lordstown, Ohio, on March 6, 2019 — the day the sprawling facility was idled after more than 50 years of producing vehicles. Jeff Swensen/Getty Images hide caption 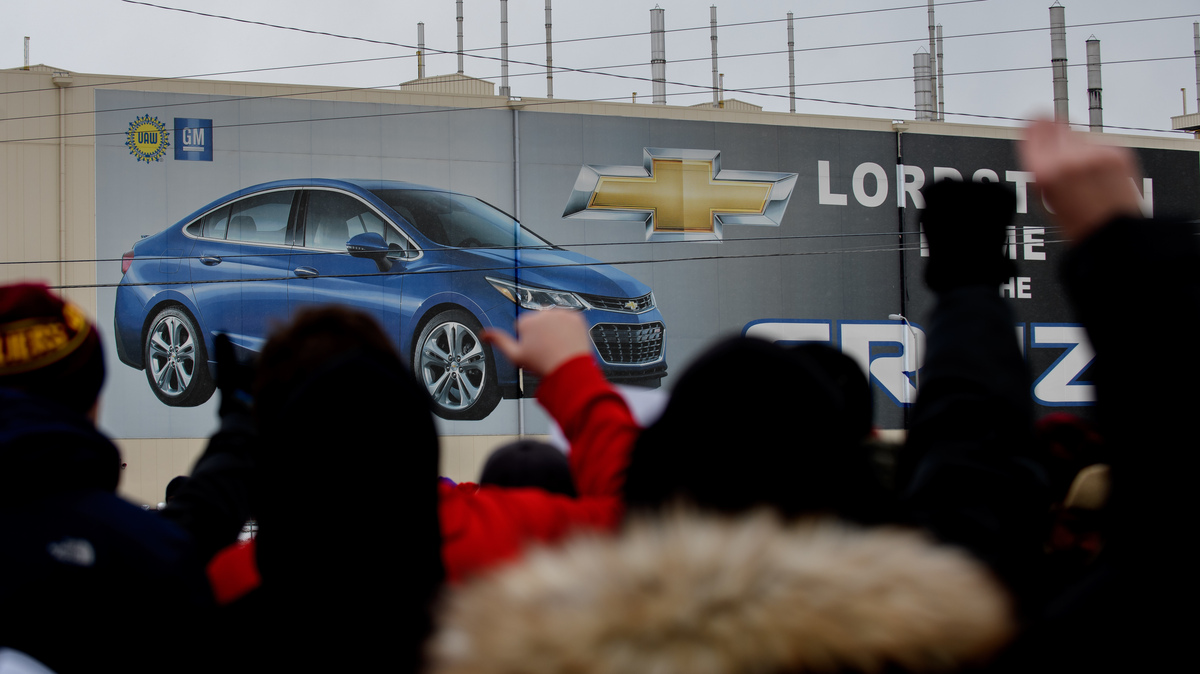 Workers rally outside General Motors' plant in Lordstown, Ohio, on March 6, 2019 — the day the sprawling facility was idled after more than 50 years of producing vehicles.

When the last Chevy Cruze rolled off the line at the General Motors Lordstown assembly plant in March 2019, Bill Janik was there.

"If you saw the sign that said 'the last Cruze,' I made it and I hung it on the car," he said.

Janik worked at the plant for 17 years before it shut down. His wife had been there for 25 years.

Over the course of a few years, GM Lordstown went from employing 4,500 people to essentially none.

That plant closing in northeast Ohio looms large now as President Trump fights for reelection and former Vice President Joe Biden tries to win back the battered blue-collar region that had voted Democratic for generations until Trump came along. 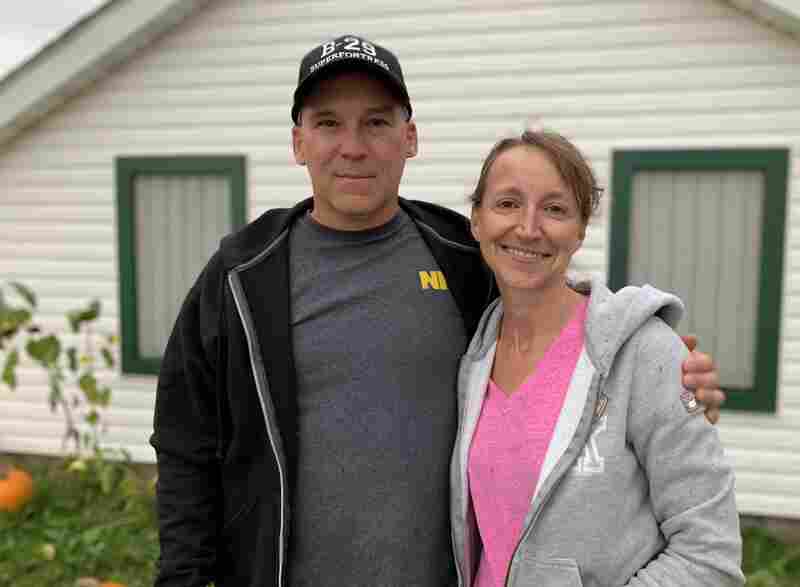 Bill Janik worked at the Lordstown plant for 17 years before it shut down. His wife, Denise, had been there for 25 years. Tamara Keith/NPR hide caption

In 2016, support for Trump surged in the areas around Lordstown. Trumbull County, home to Lordstown, supported President Barack Obama in 2012 by 23 percentage points and then flipped to Trump four years later.

2016 voters in the region liked his message on trade and boosting manufacturing. Janik liked that Trump was a businessman and not a politician.

The surge in support in northeast Ohio helped Trump win the state by 8 points. Now, it's in toss-up territory.

"It's an incredible concept"

When Trump talks about how amazing the U.S. economy was before the pandemic hit, GM Lordstown is a glaring exception — and the president seems to realize it.

"That was the only thing they could say about our whole economy, Lordstown," Trump said in May 2019, bemoaning the attention the plant closing had gotten. "They kept saying, 'Lordstown, Lordstown.' "

As the plant was closing, Trump reacted as he often does: berating GM management and the auto workers union on Twitter.

But tweets couldn't reverse a decision years in the making, so Trump turned to promoting a story of rebirth.

Shortly after the plant closed, GM sold it to a company called Lordstown Motors that plans to manufacture electric pickup trucks there. 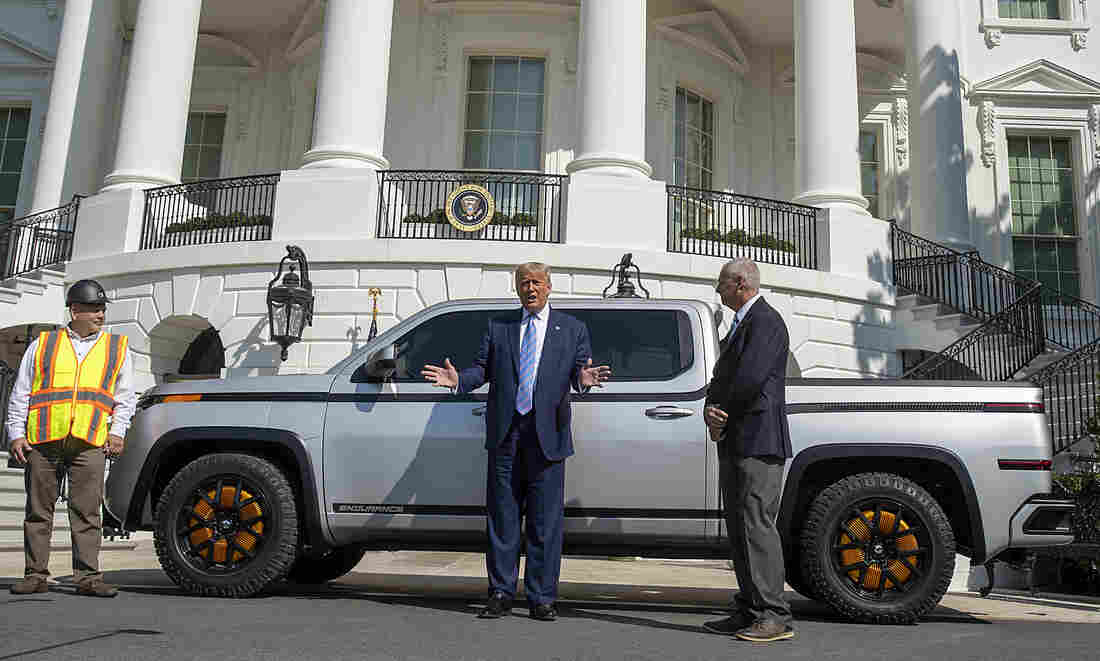 The day before last month's debate — held near Lordstown in Cleveland — Trump had an event at the White House to show off a prototype of the truck called the Endurance.

But at this point, it really is just a concept. The company hopes to ramp up production by next summer and have 1,500 employees by the end of 2021.

But there on the South Lawn, Trump was already declaring victory.

"It's incredible what's happened to the area," Trump said of Lordstown, which he said took a beating when GM's plant closed. "It's booming now. It's absolutely booming."

At the employee parking lot at what used to be the GM Lordstown facility and is now Lordstown Motors, blacktop goes as far as the eye can see, with parking spots to accommodate thousands of employees.

On a recent weekday, though, the lot had only a few dozen cars.

It isn't a booming facility. It's more of a ghost town with a fresh paint job. 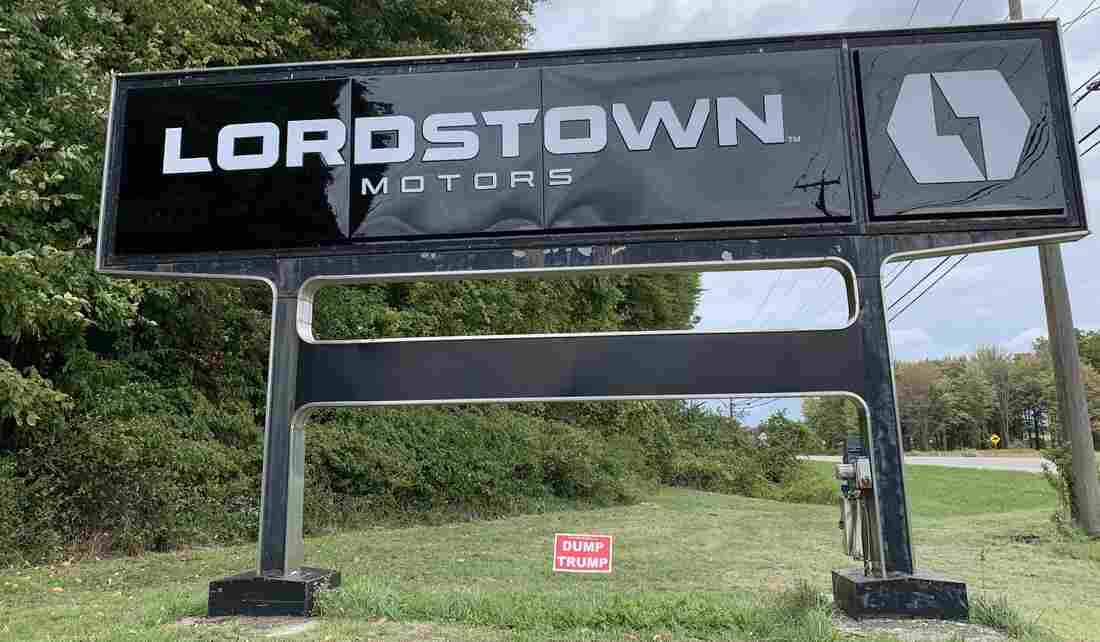 A spokesperson says Lordstown Motors now employs 159 people, but not all of them work onsite. Parts of the prototype truck were built and assembled at the plant, but the spokesperson added that due to retooling of the facility, which is still ongoing, much of the production of the 2021 Endurance happened somewhere else.

"I mean, I hope ... it works, I hope it's great. But there's no jobs there," said Jon Alexander, a third-generation factory employee who worked at GM Lordstown until it closed.

Alexander, who supported the progressive Bernie Sanders in Ohio's Democratic primary, seethes when asked about the president claiming Lordstown is booming.

"I could have been there right now, working, making a good living, still with my kids," Alexander said. "We're not booming. How are we booming?"

Alexander's story is like a lot of those who worked at GM Lordstown. They were given the option of leaving GM or transferring to another plant. "All former GM Lordstown employees who wanted to continue their careers with GM have accepted transfers to other GM locations," said Amanda Reuss, a company spokesperson.

Alexander had planned to retire from GM Lordstown, and had money saved up to build his dream house in the area. But he took a transfer to Michigan. He says it was his only option. 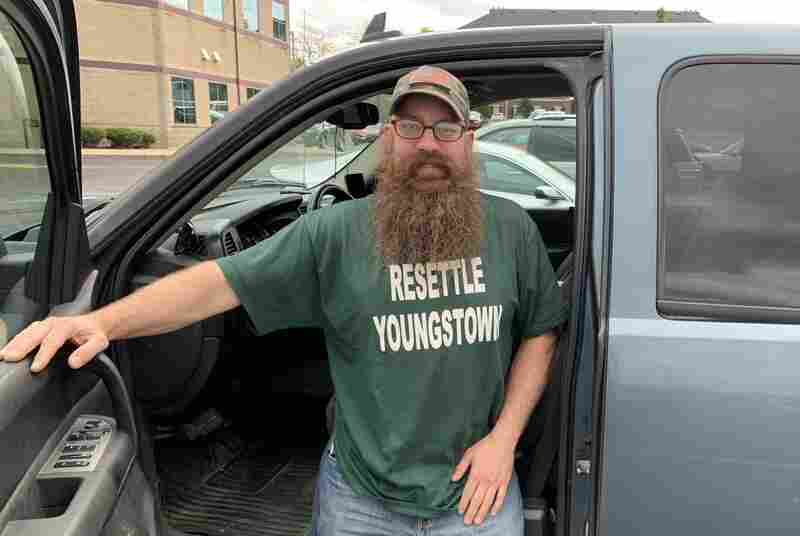 Jon Alexander had planned to retire from GM Lordstown and had money saved up to build his dream house in the area. Tamara Keith/NPR hide caption

His ex-wife and kids didn't make the move, and the whole experience has left him broken. He's back in Lordstown, for now, on medical leave.

Janik, who is a mechanical engineer, has since found another job in a different industry. His wife, Denise, transferred to a plant in Indiana, but making the long drive home on weekends for a few hours with their kids wasn't working. The pandemic has hampered her search for a new job after working her whole adult life for the same company.

For the displaced or former GM workers, there's something Trump said in 2017, at a rally in nearby Youngstown, Ohio, that comes up often.

"It was odd that he said that because a year or two later, our friends are gone," Janik said. "They're all over the country. They sold their houses, and they're gone. Because they worked, they transferred from GM to other plants."

When it comes to the election, Janik is deeply undecided. He likes a lot of what Trump has done. But on the one thing he knows most personally, the plant closure and its aftermath, Trump has let him down.

"How do I vote for him now after, you know, we're out of a job basically because of things that he did say?" Janik said. " 'We're going to tax Mexico.' 'We're going to do' — he didn't do that. He did some things, but he did not help us one bit."

Janik doesn't entirely blame Trump for GM Lordstown's closing, though he thinks the president could have done more. He mostly blames GM for handling it really poorly, in his view, and unnecessarily hurting people.

But the way Trump talks about what happened in Lordstown and what is happening now just doesn't compute with what Janik knows to be true. And that bothers him.

Janik's garage is packed with tools and antique tractors he is restoring. There on a high shelf he has a Trump-Pence yard sign from 2016 leaning against the wall, not so much displayed as stored.

Janik knows he's not voting for the Democratic nominee, Biden. But he's not sure he can bring himself to vote for the president again.

For his part, Alexander is pouring all his frustration and anger into support for Biden, with more enthusiasm than he had in 2016.

Biden has visited Ohio, even mentioning Trump's "don't sell your house" comments on a stop this week in Toledo. And while Trump has drawn down advertising on local TV in the state, Biden's campaign is up with TV ads, including a plan to spend $700,000 between Sept. 1 and Election Day in the media market around Lordstown, according to the tracking firm Advertising Analytics.

Trump's campaign advisers insist they aren't worried, and that his economic message will deliver the state to him once again.