Accessibility links
Biden Fundraising: Campaign Has $432 Million Cash On Hand The total is a record-breaking one-month sum, topping its August record of $364.5 million. The Trump campaign and Republican National Committee have not released September numbers yet. 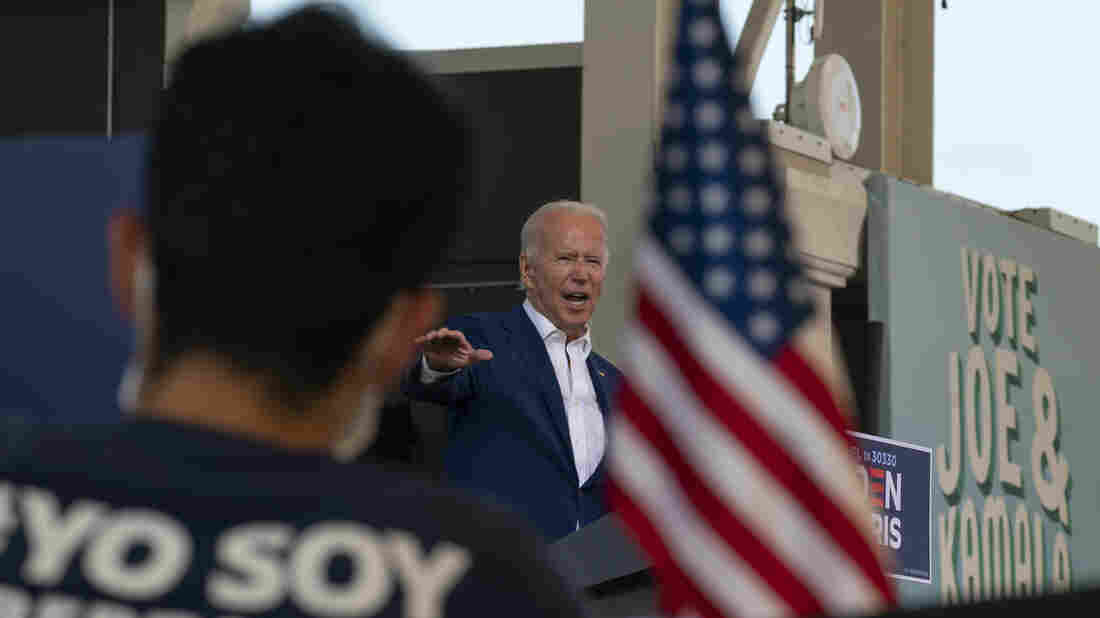 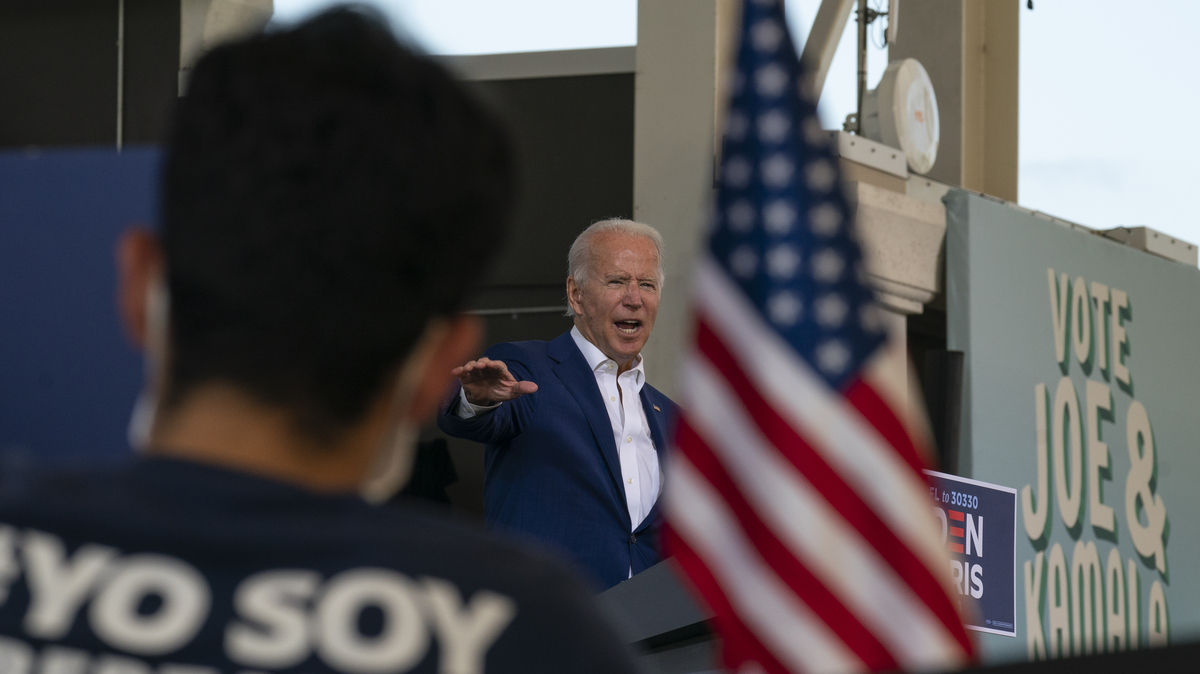 The Biden campaign announced it raised $383 million in September, along with the Democratic National Committee and joint fundraising efforts. The haul is a record-breaking one-month sum, topping its August record of $364.5 million. That puts its two-month total at nearly three-quarters-of-a-billion dollars.

In a tweeted video, former Vice President Joe Biden said the donations came from 5.5 million donors with an average contribution of about $44. "I'm really humbled by it," Biden said.

To every person who chipped in a few dollars last month — thank you. Because of your support, we raised an astounding $383 million. I'm incredibly humbled.

There's still more work to be done, but I wanted to share the good news with Trimicka, one of our grassroots supporters. pic.twitter.com/f9hIPT6PTW

The campaign now has a whopping $432 million in the bank, she said.

The Trump campaign and Republican National Committee have not released September numbers yet. In August, they raised $210 million along with joint fundraising committees.