Underestimating These 'Maids' Is A Fatal Mistake

Underestimating These 'Maids' Is A Fatal Mistake 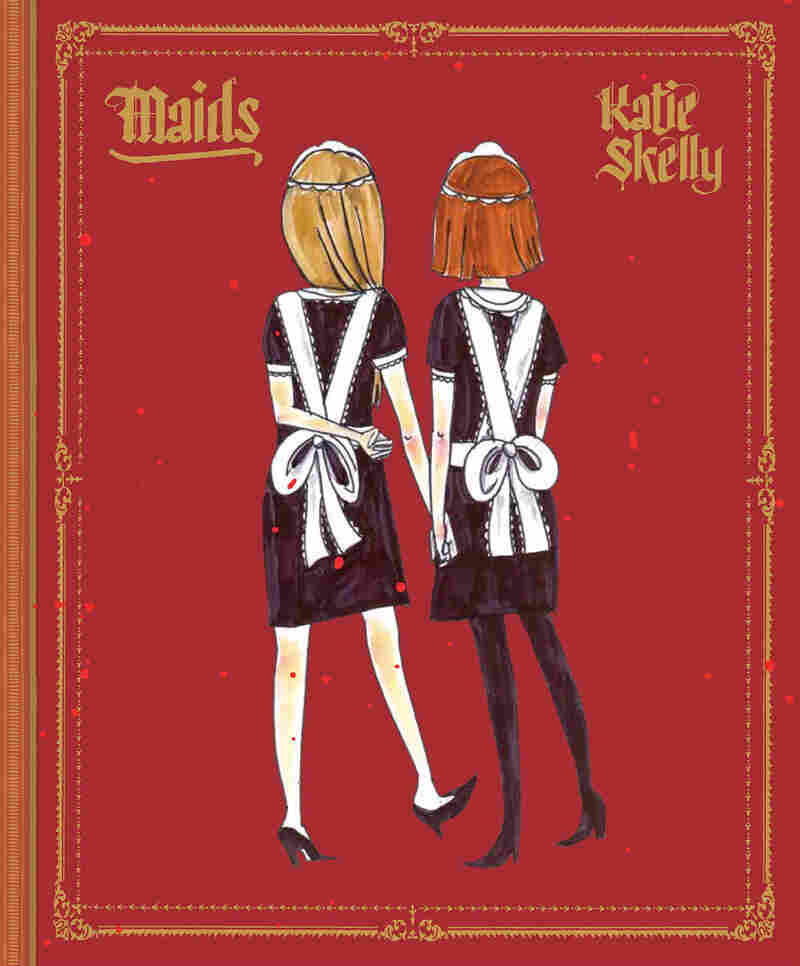 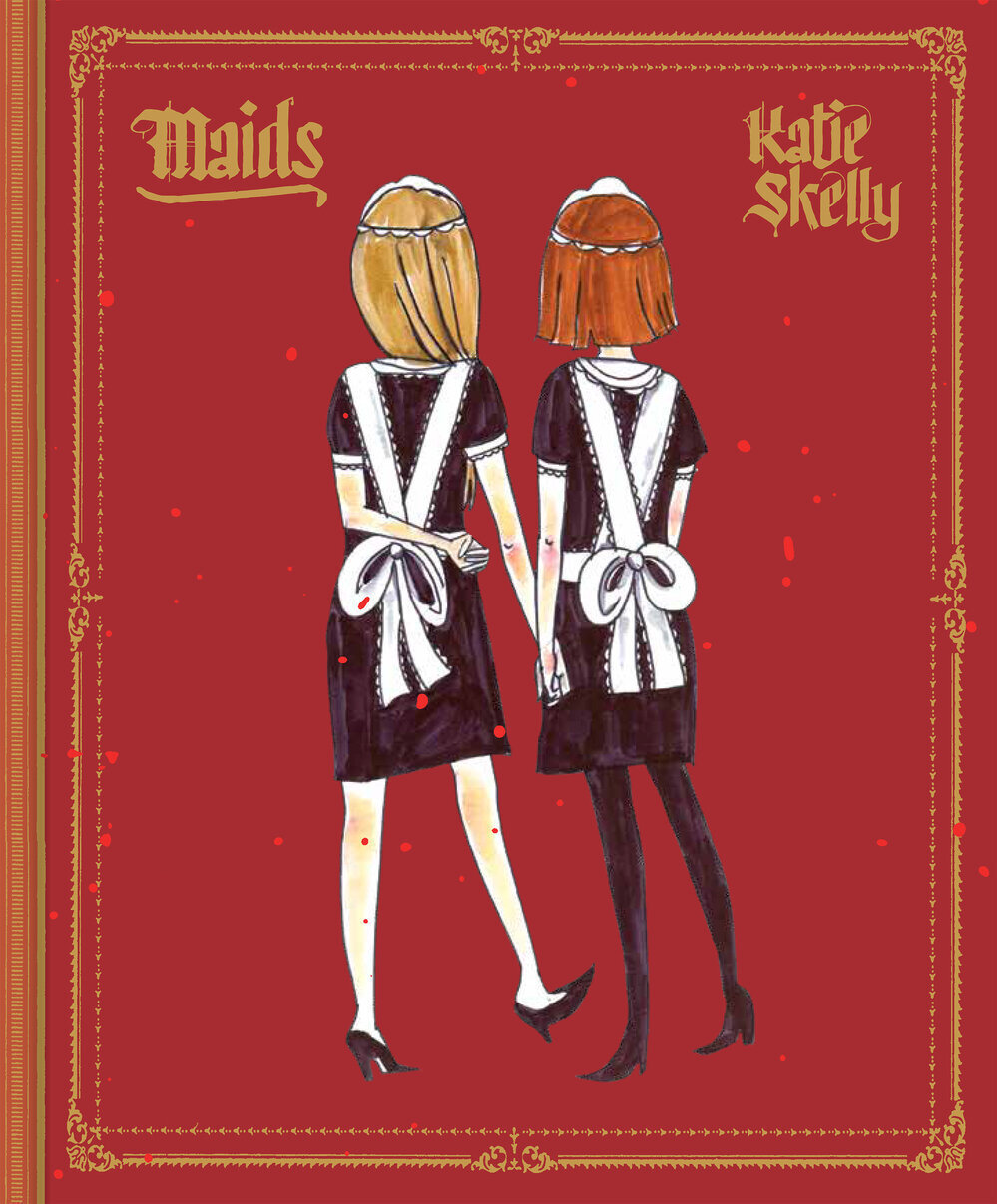 Hand it to Katie Skelly: "Maids" is a pretty canny title for her graphic novel about a pair of killer domestic workers. It seems innocuously descriptive unless you pause (arrested, perhaps, by the barely-there bloody spatter speckling this book's otherwise prim cover) and think about the word's double meaning in English. A "maid" can be someone your hire to clean your house, or she can be a virgin girl. The second, fraught definition infects the first with a shimmer of sex and power, conveying a lot of things that go unspoken when people talk about housecleaners. If you're going to bring an underpaid stranger into your inner sanctum and let them see the mess you've made, of course you'd rather it be a woman than a man. If she's young and innocent — like many housemaids working in France in the '30s, when this book takes place — all the better. Not only is there slightly less chance that she'll pilfer your stuff (you hope), but fantasizing about her unformed sexuality may help you ignore the vulnerability of your own position.

But you should never underestimate a virgin, as Christine and Léa Papin proved. They were 27 and 21 (respectively) in 1933, when they gouged out their employers' eyes, beat and slashed them to death with a hammer and a kitchen knife, and thus commandeered a place among the most notorious female killers in history. Not that it's a particularly crowded category, as scholar Karen Boyle points out in a 2002 essay on the Papins. "Male violence per se does not demand understanding in the way that the Parker-Hulme or Papin cases do," Boyle notes. (The Parker-Hulme case, which concerned Pauline Parker and Juliet Hulme's murder of Parker's mother in 1954, was dramatized in Peter Jackson's 1994 movie Heavenly Creatures. It was one of four different films about murderous, sexually charged female duos released that year. Another was Sister My Sister, about the Papins.)

Together with the Papins' gender, youth and allegedly incestuous relationship, the symbolic eloquence of their crime proved irresistible to both the French public and the radical intelligentsia. The case dominated headlines and inspired, among others, Jean Genet, Jean-Paul Sartre, Simone de Beauvoir, Jacques Lacan and the Surrealists Paul Éluard and Benjamin Péret. Maids subtly reflects the influence of these thinkers as well as modern feminist commentary. Skelly doesn't use academic jargon — she doesn't use many words at all, in fact — but her book throbs with big ideas about power, gender, class, sexuality and language.

What those ideas are, exactly, Skelly leaves deliberately unclear. With a taunting, Cheshire-Cat obscurity, she both alludes to and mirrors the Papins' own silence about their crime. Neither sister ever offered much of an explanation for why they'd done it, and Léa told officials, "As for me, I am deaf and dumb." Their acts — gouging out the eyes of their mistress and her daughter, killing them with household implements, then turning off the lights and waiting in bed for the police — may cry out for interpretation, but the Papins' motives remain their secret.

The theme Skelly expresses in every layer of this book is our tendency — or need, really — to underestimate anyone and anything we can't immediately assimilate: maids, girls, comics, comics about girls.

Skelly emphasizes this uncanny inscrutability at every turn. The sisters' bond is clearly deep, but it's also deeply weird. "From now on, Léa, what we make is all ours. It's just you and me. This is our time to be happy. No one would ever even know who we were before," Christine says at one point. This odd speech is particularly unsettling alongside Skelly's drawing of the sisters' identical, Sphinxlike smiles as they serve their employers dinner. Skelly's whole style is Sphinxlike, actually: Her lines all look smoothed-out and cleaned up, as if she's buffed away all traces of the emotion that might once have juddered through her nib. Planes of flat color, like curving slabs of pastel-hued ice cream, further enhance the book's aura of sleek impenetrability.

It's a style that invites you to take it at face value while mocking your inclination to do any such thing. The theme Skelly expresses in every layer of this book is our tendency — or need, really — to underestimate anyone and anything we can't immediately assimilate: maids, girls, comics, comics about girls. When Skelly fills panel after panel with Christine and Léa's boring domestic chores, she seems to sneer at both high-art graphic novels and the smash-bam-pow of superhero comics. When she calls her tale of grisly murder Maids, it's a jab at the kind of bookstore browser whose eye will skim right past such a dull title. That attitude makes Maids the perfect tribute to its subjects, who — like all female killers, maybe — showed everybody how dangerous it is to take little girls for granted.