Accessibility links
In 'My Octopus Teacher,' A Filmmaker Finds An Unlikely Underwater Friend Craig Foster spent a year diving — without oxygen or a wetsuit — into the frigid sea near Cape Town, South Africa. One octopus began coming out of her den to hunt or explore while Foster watched. 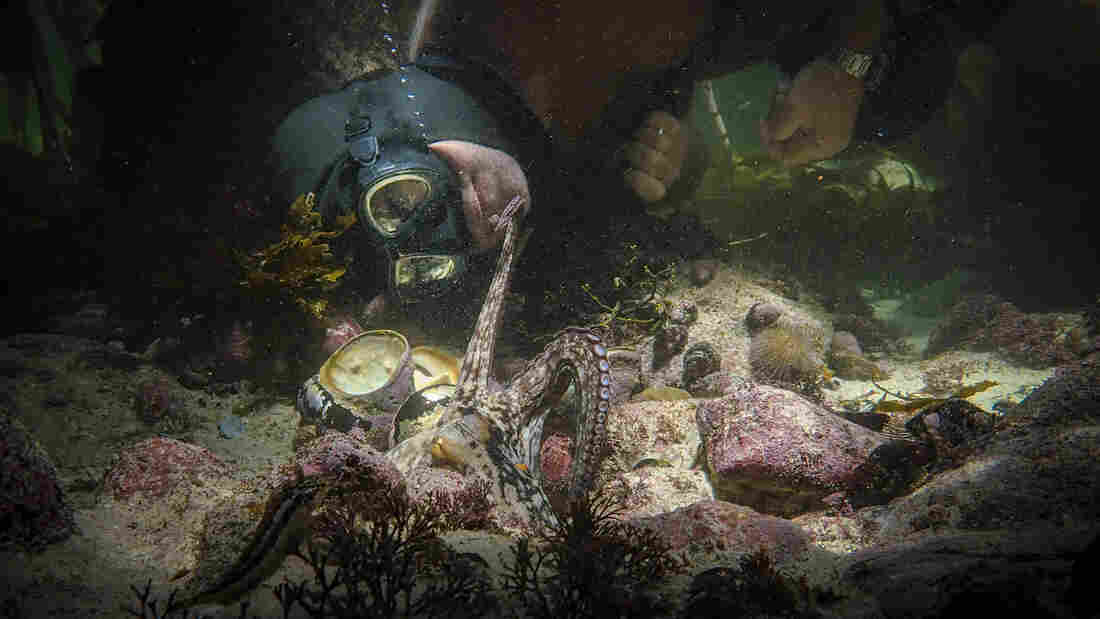 Filmmaker Craig Foster says extracting yourself from an octopus' tentacles can be tricky: "You'd be surprised how incredibly powerful the suction is. ... You have to gently twist and turn if you need to go up to have a breath of air because you don't want to pull too hard." His new Netflix film is called My Octopus Teacher. Netflix hide caption 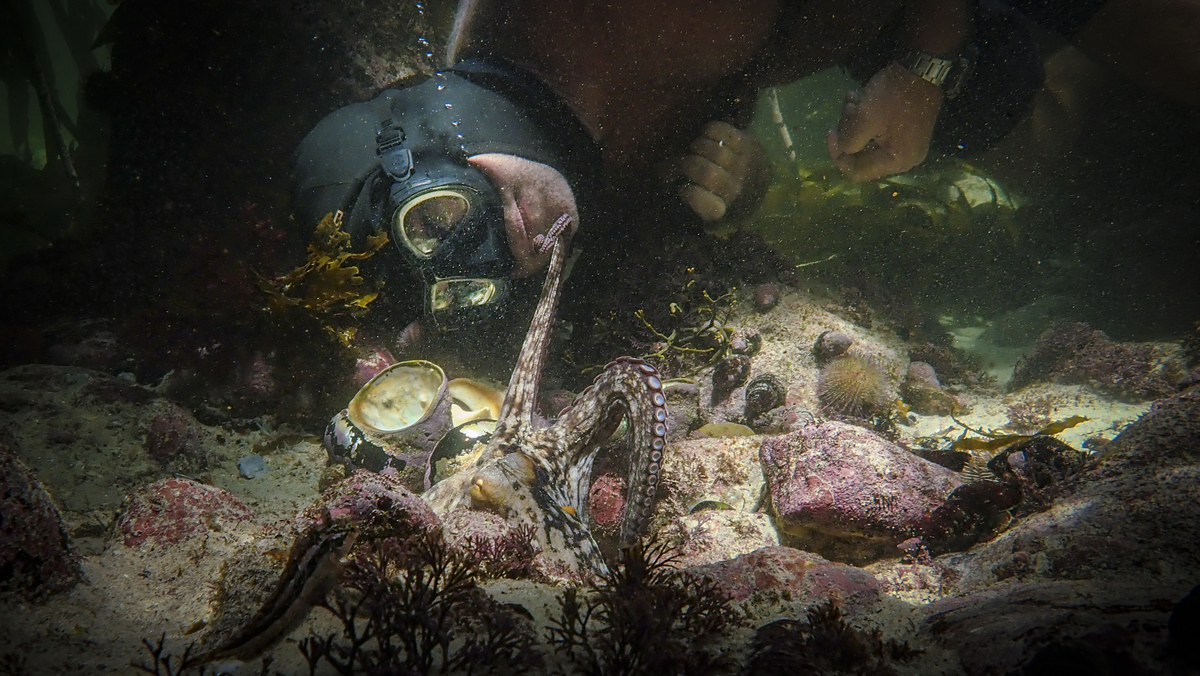 Filmmaker Craig Foster says extracting yourself from an octopus' tentacles can be tricky: "You'd be surprised how incredibly powerful the suction is. ... You have to gently twist and turn if you need to go up to have a breath of air because you don't want to pull too hard." His new Netflix film is called My Octopus Teacher.

A few years ago, South African documentary filmmaker Craig Foster felt burnt out from years of working on arduous nature films. Needing a reset, he returned to the underwater kelp forests off the southwest tip of Cape Town.

"My earliest memories, my deepest and most powerful memories were of this incredible coast and diving in what I call 'my magical childhood forest,' " Foster says. "It is one of the greatest ecosystems on this planet."

Foster vowed to dive — without a wetsuit or oxygen tank — every day for a year into the chilly waters near where he grew up. The ocean was sometimes as cold as 46 degrees, but his body gradually adapted.

"Day after day, I slowly started to get my energy back and realized that there was this whole new way of looking at this underwater forest. And I started to come alive again," he says.

Octopus Genome Offers Insights Into One Of Ocean's Cleverest Oddballs

The waters were teeming with sea creatures, but Foster says his encounters with one particular octopus stood out. Over a series of dives, the octopus began coming out of her den to hunt or explore while Foster watched.

"That's when I realized: This animal trusts me. She no longer sees me as a threat, and her fear changes to curiosity," he says. "That's when the real excitement comes and you think, 'Oh, my goodness, I'm being let into the secret world of this wild animal' — and that's when you feel on fire."

Foster chronicles his underwater encounters in the kelp forest in the new Netflix film, My Octopus Teacher, and the book, Sea Change.

I have come very close a few times to losing my life. ... I've been sucked into underwater caves.

It's called the "Cape of Storms" for a good reason — enormous waves and some of the biggest surfing waves in the world. And people are scared of sharks and big animals and that kind of thing, which aren't actually really a danger at all. But the one thing that is very dangerous are these enormous seas. And I have come very close a few times to losing my life and I've been sucked into underwater caves. ... So if you're dedicated to diving every day, especially, you have to be very, very careful and try to read the weather very well, try to read the currents and then don't venture into those very dangerous places during those times. There's always some little place you can find to get in, which is relatively safe, but it took a while to learn exactly how to do that.

At first, it took me quite a long time [to get used to the cold]. ... I remember shivering for about a year, every day. And then one day, I just stopped shivering and I was like, "Wow, my body is getting used to this. I can thermoregulate." And I slowly started to figure out how to keep comfortable and keep warm. And of course, your body adapts. But the interesting thing is, if I've had a bad day or I haven't slept well or I've had an injury, I go in the water and it's very difficult for me to thermoregulate. If I've had a great day, I've slept well, I'm feeling strong, I can stay in for a very long time, up to two hours. But if I'm compromised mentally, I can sometimes be cold within 20 minutes. ... I've noticed exactly the same with other people. The cold is a kind of a mirror to how you are feeling mentally. 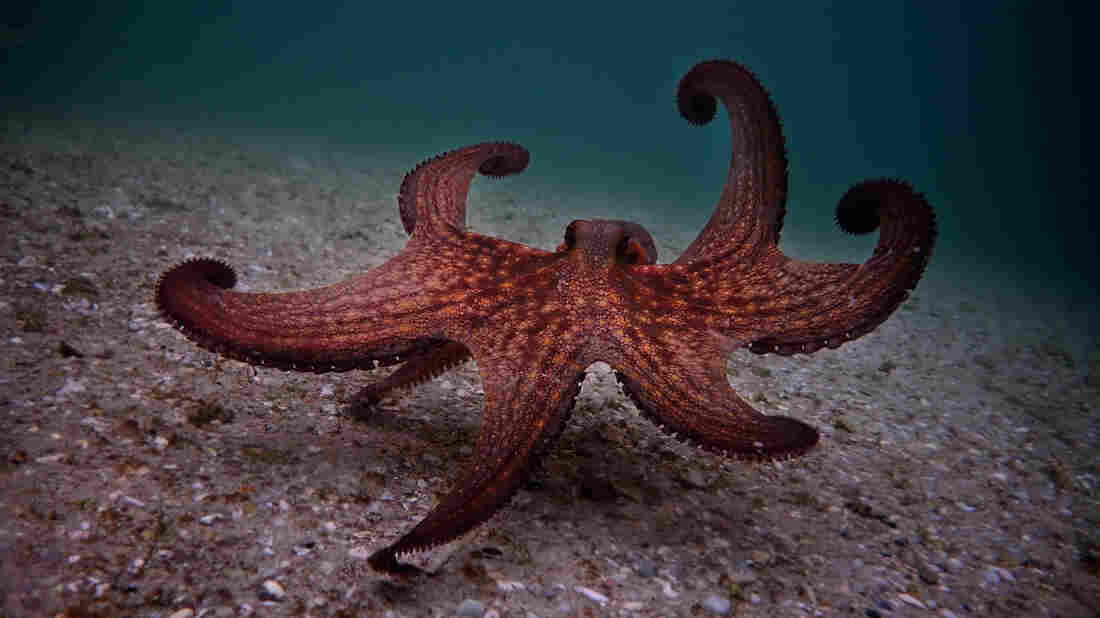 "The excitement for me has been to slowly uncover the secret lives of many of these cryptic animals," says Craig Foster. "My incredible octopus teacher, she helped me in many ways to uncover many of those lives, because she's in the middle of this food web." Netflix hide caption 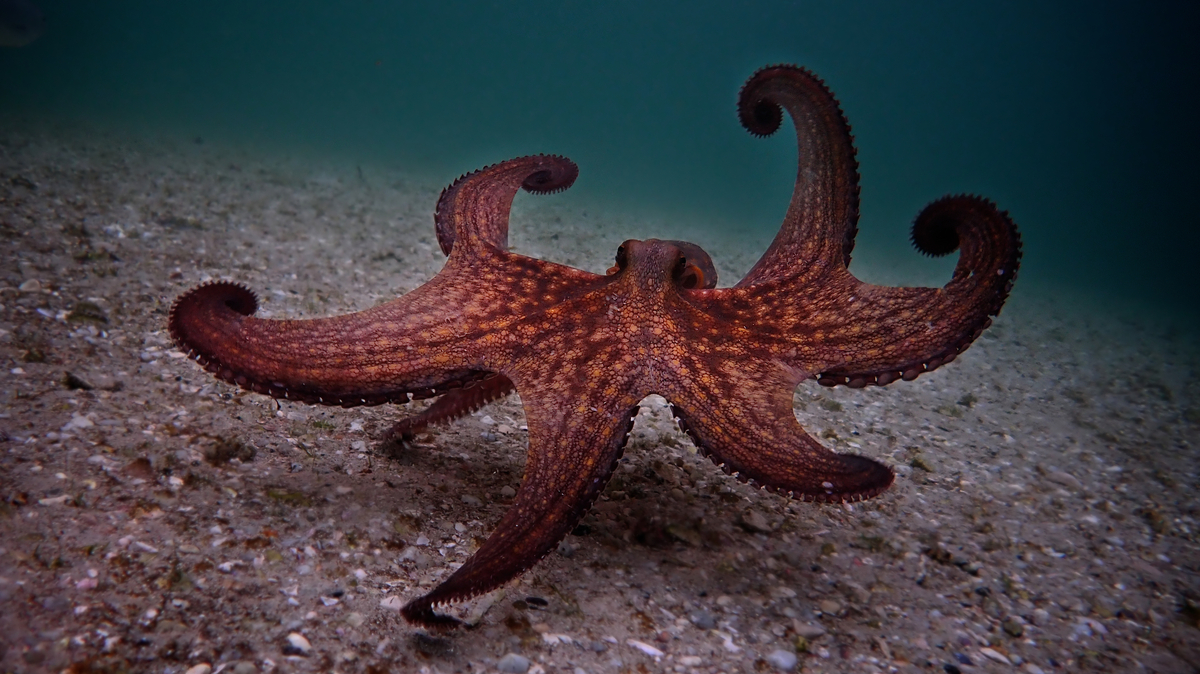 "The excitement for me has been to slowly uncover the secret lives of many of these cryptic animals," says Craig Foster. "My incredible octopus teacher, she helped me in many ways to uncover many of those lives, because she's in the middle of this food web."

On what it's like diving inside the underwater kelp forest

It's truly like being in an underwater forest. ... It's like being in this magical other world that is very different to any world that you might have seen on land, and [there are] animals living in all different levels of the forest. A coral reef is two dimensional in comparison in many ways, and there's tremendous biodiversity and very exotic animals. And because there's so many predators, many of these animals are very, very cryptic. So you can easily dive in a forest ... and not see an animal that's been watching you almost every day.

The excitement for me has been to slowly uncover the secret lives of many of these cryptic animals. My incredible octopus teacher, she helped me in many ways to uncover many of those lives, because she's in the middle of this food web. And to know her, you have to know so many animals that she preys on, and of course her predators as well, and then all the scavengers that come to her den. She's this amazing teacher in many ways for the other lives of the animals in the forest.

On the octopus "armoring" by covering herself in rocks

What I found is that octopus, they've got all sorts of ways of dealing with predators. And of course, you'd have known about the inking, you know about the whole camouflage and everything. But one of the last resorts that they do, if they're in the right kind of environment, they will suddenly, very, very quickly pick up up to 70 shells and stones and sometimes even bits of algae and cover their whole body with them by turning their arms over their head because the head is the very sensitive part of an octopus anatomy. And if a predator bites or interferes with the head, there's often a really big problem. So with the suckers, they pick up all these pieces and then in a very short space of time — in seconds — they cover themselves and they're suddenly armored.

On what octopus suckers feel like on your skin

You'd be surprised how incredibly powerful the suction is, and they are covered in a kind of octopus slime that makes it adhere more strongly, but they are very, very strong. I mean, if you try and pull directly back when that animal is holding you, it's really very, very difficult and you'd have to force it. So you have to gently twist and turn if you need to go up to have a breath of air, because you don't want to pull too hard on that animal. So you have to kind of curl and twist to break that incredibly powerful suction.

On watching the octopus begin to decline

It was obviously difficult. You get close to an animal like this and I was certainly dreading [her death]. But at the same time, I guess in some ways it's better than a human death, because it's quite merciful. It's quite short. ... When she gets to the end of her life, she becomes senescent, senile. So her brain starts to not work so well. So she's not fully aware of what's going on, and that brought some comfort.

In 'Soul Of An Octopus,' An Invertebrate Steals Our Hearts

She had a few dens but her main den, where she spent most of the time, I went to visit that den today, this morning. It's a great feeling to go there. I just dive down and kind of silently thank her for this incredible teaching that she's given me.

What happens is once she moves out of the den, it soon fills up completely with sand. So it's basically just a rock edge. But what's so interesting is that other octopuses seem to be able to somehow sense exactly where she's denned and they have made a den in exactly that same place. I've seen this at other sites as well. ... Maybe they [have] some incredible ability to smell, because then they have to excavate and dig the whole den up; there's no sign of it having been there. I'm sure in a few weeks or a month I will find another octopus in exactly that same place.