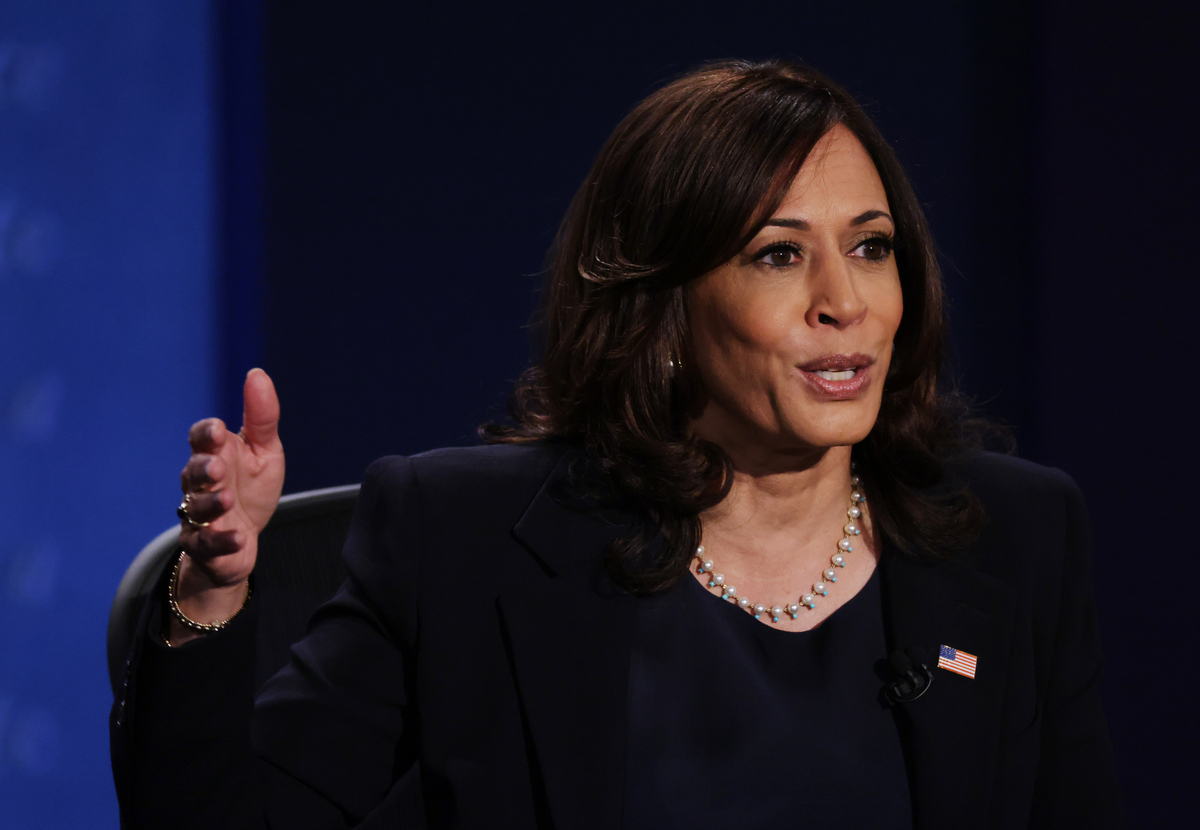 The Biden campaign on Thursday canceled Democratic vice presidential nominee Kamala Harris' travel through Sunday after two people traveling with her tested positive for the coronavirus.

The campaign says it learned Wednesday night that Liz Allen — Harris' communications director — and a non-staff flight crew member tested positive for the virus. Both Allen and the crew member were on a flight with Harris on Oct. 8.

"Senator Harris was not in close contact, as defined by the CDC, with either of these individuals during the two days prior to their positive tests; as such, there is no requirement for quarantine," Biden campaign manager Jen O'Malley Dillon said in a statement Thursday morning.

But she said out of "an abundance of caution" the campaign is canceling Harris' travel through Sunday, along with the travel on Thursday for her husband, Doug Emhoff.

Harris, who was set to go to North Carolina Thursday, instead will do virtual campaign activities for several days and then resume in-person campaigning on Monday.

'Who's Had It?' Back On Trail, Trump Touts His Own Bout With The Coronavirus

O'Malley Dillon stressed that neither Allen nor the flight crew member had been in contact with former Vice President Joe Biden, Harris or other staffers since testing positive or in the 48 hours before receiving their positive results.

"Prior to their time off, both individuals were on a flight with Senator Harris on October 8th. During the flight, Senator Harris wore an N95 mask, as did both individuals. She was not within 6 feet for more than 15 minutes with either of them. As such, she does not meet the CDC definition of 'close contact' for exposure," O'Malley Dillon said in the statement.

Both Allen and the flight crew member tested negative before and after the flight.

According to the campaign, Harris and Emhoff have taken multiple PCR tests since Oct. 8 — the most recent on Thursday — and all have been negative. O'Malley Dillon added that all other staffers on the flight have also tested negative since Oct. 8.

"From the outset of this pandemic, the Biden-Harris campaign has taken every precaution to limit the spread of COVID-19," O'Malley Dillon said. "Today's exceedingly cautious steps are part of that commitment."

She also announced a contact tracing protocol — which then turned up another positive case.

In a subsequent statement Thursday afternoon, O'Malley Dillon said that a member of the company that charters Biden's airplane tested positive for the coronavirus.

The person traveled on the Democratic presidential nominee's plane for his Monday trip to Ohio and his Tuesday trip to Florida, but O'Malley Dillon stressed that the person was never in close contact with the 77-year-old Biden on the large 737 plane.

She also said there is no need to curtail Biden's travel.

The news out the Biden campaign came two weeks after President Trump announced that he tested positive for the coronavirus.

Trump and close to a dozen key members in his orbit, including senior White House and campaign staff, also announced positive coronavirus test results in the days before and after Trump tested positive.