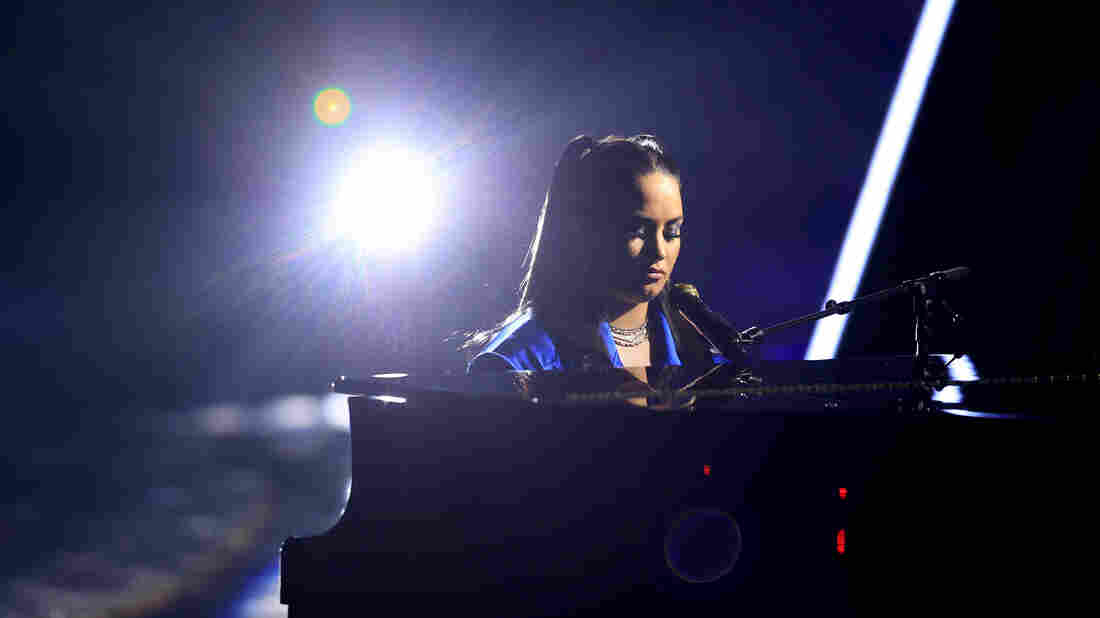 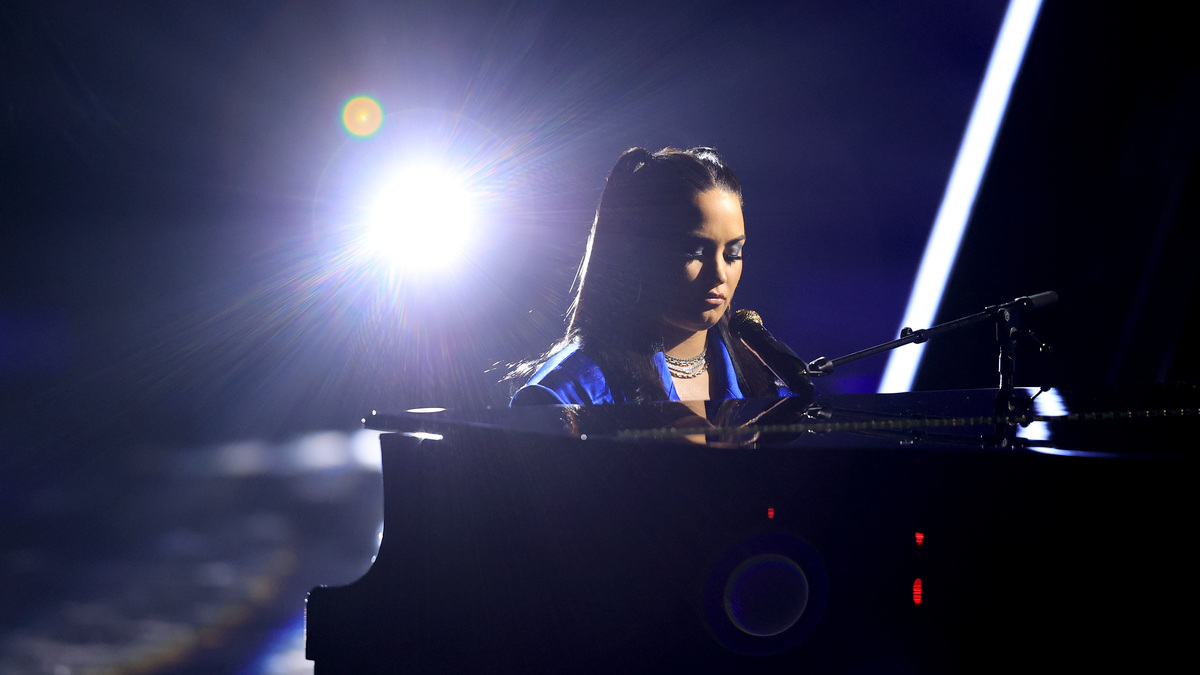 After she released "Commander in Chief," an overt anti-Trump protest anthem co-written with Julia Michaels, Finneas, Justin Tranter and Eren Cannata, Demi Lovato delivered an emotional performance of the single at the Billboard Music Awards, telecast Wednesday night.

NBC reportedly edited from broadcast the word "VOTE" in large letters behind Lovato during her prerecorded performance. The network published the original edit of Lovato's performance on its website, with the large backdrop appearing at the end, but this version was not aired during the Billboard Music Awards telecast. Instead, Lovato's performance ended with a close-up of the singer looking down at her piano, sans the "VOTE" visual. Before the telecast ended, the NBC Entertainment Twitter account tweeted out a photo of Lovato's performance with "VOTE" being a dominant aspect. Even though this image did not air, Lovato retweeted it without comment.

NBC is set to air a town hall with Trump on Thursday evening.

Lovato wasn't the only performer encouraging viewers to vote during the telecast. Pop stars Billie Eilish and Lizzo shared messages about civic duty in their acceptance speeches, with the latter wearing a dress decorated with "VOTE."

Following Lovato's performance, the music video for "Commander in Chief" dropped on YouTube. Black children, deaf and hard-of-hearing people, people who use wheelchairs, queer and Indigenous people come together to sing Lovato's lyrics: "If I did the things you do / I couldn't sleep, seriously / Do you even know the truth? / We're in a state of crisis, people are dyin' / While you line your pockets deep / Commander in Chief, how does it feel to still / Be able to breathe?"

Lovato, a queer Hispanic woman, responded to criticism of her politics on Instagram, sharing that she is more interested in voicing her beliefs as an American than pleasing her fans.

"I literally don't care if this ruins my career," she wrote Wednesday in a time-limited story post. "This isn't about that. My career isn't about that. I made a piece of art that stands for something I believe in. And I'm putting it out even at the risk of losing fans. I'll take integrity in my work over sales any day."