Accessibility links
Sheldon, Miriam Adelson Give $75 Million To Pro-Trump Super PAC The funding from the casino magnate and his wife provided a late cash infusion for President Trump's reelection effort as his Democratic rival, Joe Biden, raked in record-breaking sums. 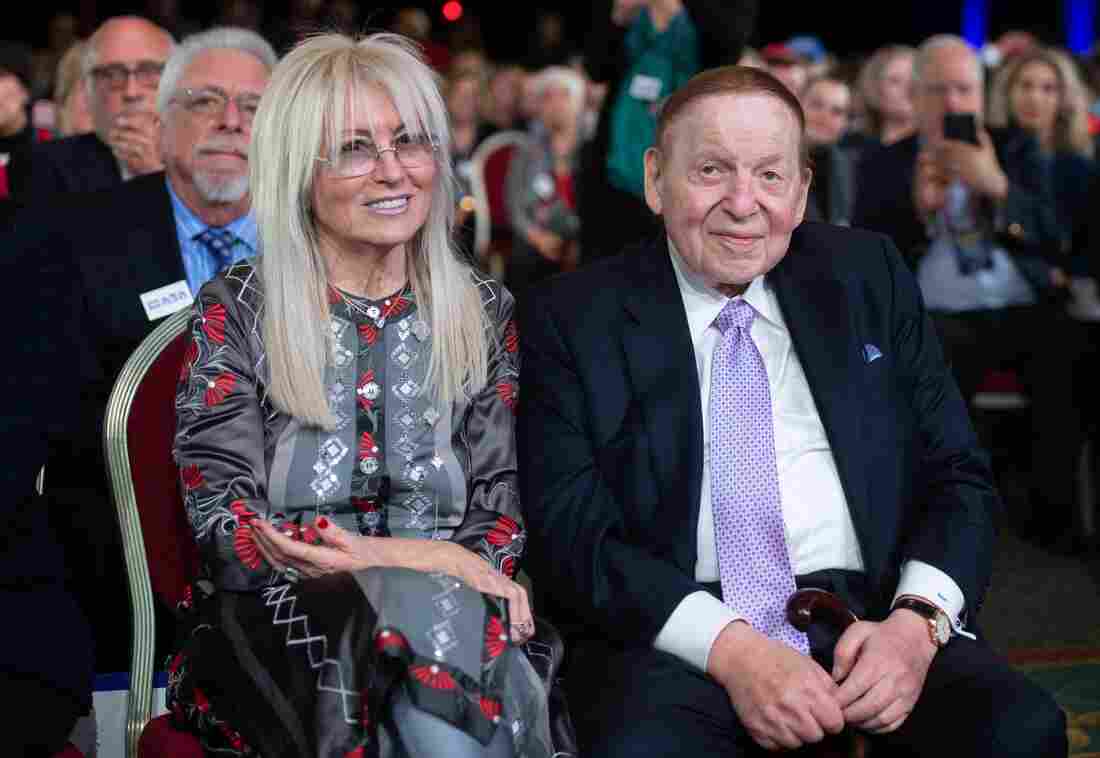 Sheldon Adelson and his wife Miriam at a speech by President Trump during the Republican Jewish Coalition 2019 Annual Leadership Meeting in Las Vegas. Saul Loeb/AFP via Getty Images hide caption 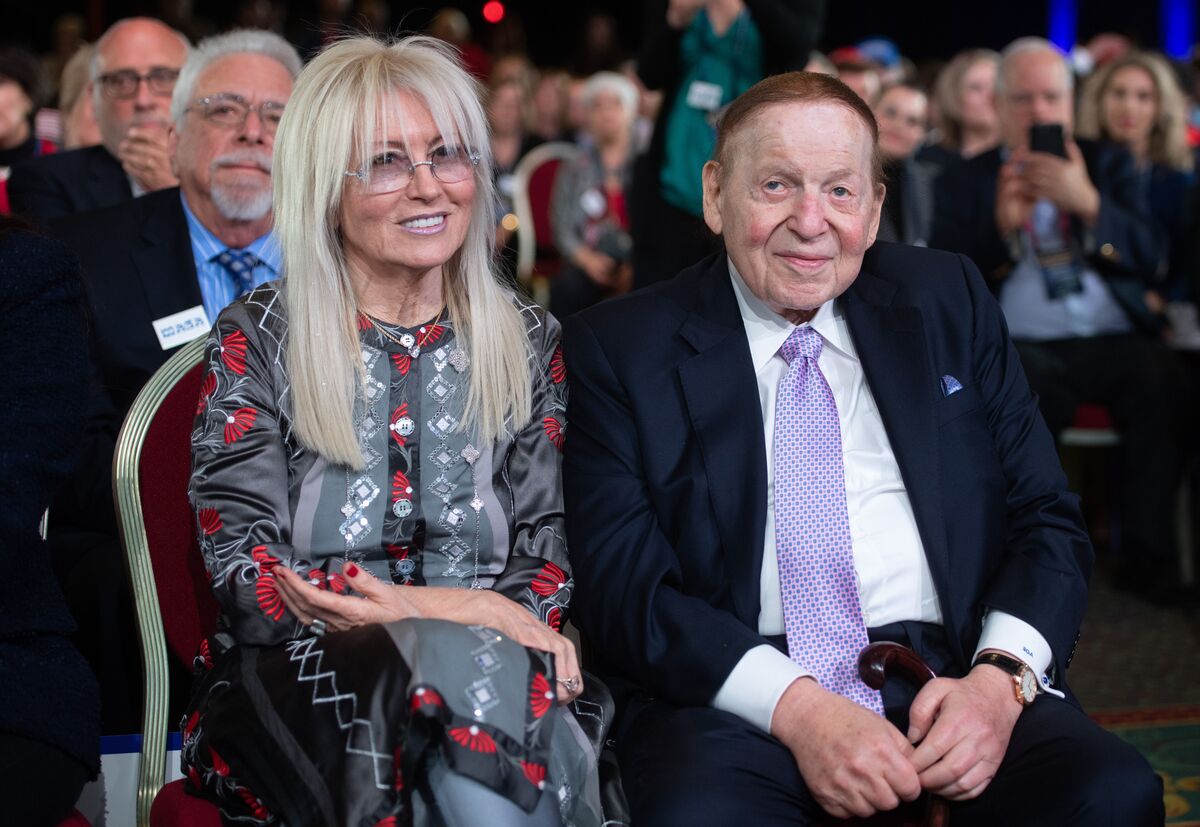 Sheldon Adelson and his wife Miriam at a speech by President Trump during the Republican Jewish Coalition 2019 Annual Leadership Meeting in Las Vegas.

The Adelsons made the series of contributions in late August and September to the Preserve America PAC, according to Federal Election Commission filings, allowing the newly formed group to blanket swing states with attack ads against Biden.

Though it launched in late August, Preserve America is only dwarfed by Priorities USA Action, a group that's supporting Biden, and the pro-Trump America First Action in terms of outside spending in the presidential race.

Preserve America raised nearly $84 million at the end of August and in September — largely from the Adelsons.

Trump presented Miriam Adelson with the Presidential Medal of Freedom in 2018 and in April of this year appointed Sheldon Adelson, the CEO of Las Vegas Sands, to his council of business leaders who would advise him on reopening the country.

In August, Trump reportedly berated the billionaire Adelson for not forking over enough money to help the reelection campaign.

While Trump and his allies began the campaign with a cash advantage, Biden and affiliated groups have been pulling in gigantic hauls each month since the summer.

On Wednesday, the campaign announced that along with allied Democratic groups, it raised $383 million in September alone. The campaign says it now has $432 million on hand and has been outspending Trump on TV ads in six key states by $240 million.