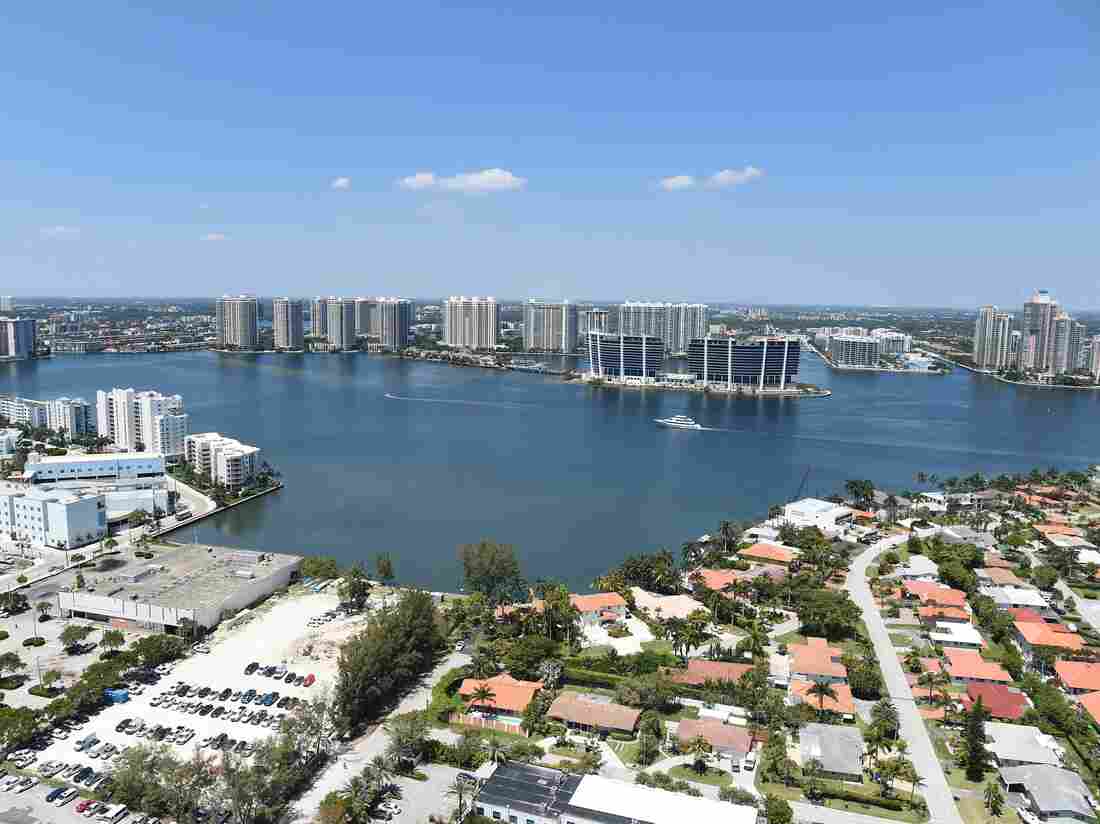 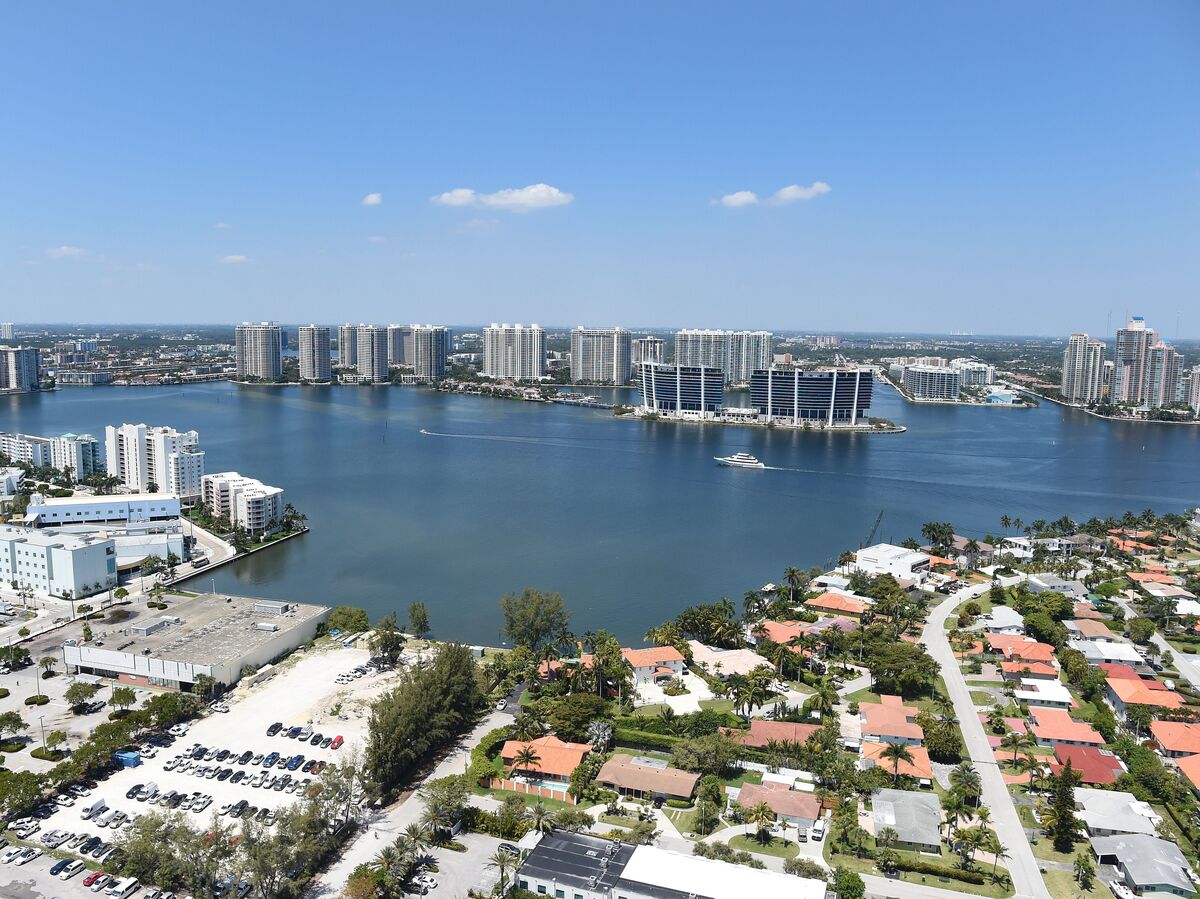 A new study has found that home sale prices and volume appear to be declining in Florida coastal areas at vulnerable-to-rising sea levels compared to coastal areas with less risk. Here, the balcony view from a luxury condo in Sunny Isles Beach, Fla., in 2017.

How much should you pay for a home that is likely to be inundated by rising seas in the decades ahead?

It's a tough question — and an increasingly common one for homebuyers along the Florida coast. That's according to new research that finds the risk of sea level rise appears to have begun affecting residential real estate prices in the state's most vulnerable coastal areas.

The study's authors — Benjamin Keys and Philip Mulder at Penn's Wharton School — looked at the relationship between sea level rise and changes in real estate and mortgage markets over the past two decades.

But from 2013 on, the volume of homes sold in Florida's coastal areas with more sea level rise exposure has fallen as sales in the state's lower-risk coastal tracts have risen.

Interestingly, it took longer for home prices to change. Prices of homes in both groups increased similarly from 2013 to 2016. But since 2018, prices in more-exposed tracts have started to fall compared to those that are less exposed — a difference of 5-10% in 2020.

The authors say this difference can't be attributed to changes in lender behavior; the price change was similar in all-cash and mortgage-financed purchases.

So what happened around 2013 that perhaps caused homebuyers to start taking sea level rise into account?

The authors identify a few things. One, 2012's Hurricane Sandy struck the East Coast in October of that year — an event that made flood risk very clear to Florida homebuyers from the Northeast. Two, the Intergovernmental Panel on Climate Change updated its worst-case projections in 2014, driving media coverage on the topic. Online searches in Florida for "sea level rise" began to increase.

And what accounts for the lag between the drop in home sales volume and the later price decline?

The authors say their findings appear to follow the same dynamics as a housing market bubble, in which sellers overestimate demand because they're extrapolating from recent price increases. The sellers price their homes higher than buyers will pay, so sales volume drops before the prices do.

In this case, the authors say, sellers are underestimating how much they'll need to discount the property in order to sell it to buyers anxious about the effects of climate change.

"At some later date, in the absence of substantial mitigation and infrastructure efforts, many Florida properties will be underwater," the authors write. "Until then, homeowners and lenders face greater risk of extreme weather events, storm surges, and nuisance flooding. Our results suggest that fewer buyers are willing to bear these risks at current market prices, leading to a sharp fall in transaction volumes."

Other studies have looked at the impact of rising seas on residential properties.

A 2018 study by the Union of Concerned Scientists found that by 2045 – or near the end of a 30-year mortgage issued now – sea levels are projected to rise enough that nearly 311,000 of today's residential properties in the U.S. will be at risk of chronic flooding. Those properties are currently home to more than a half-million people.

The states with the most homes at risk by the end of the century are Florida, New Jersey and New York, that study found.

And that approaching risk certainly complicates the math of buying a home.

"Not only are the mortgage loans on these homes at growing risk of default if the value of the properties drops, but each successful sale of one of these homes represents the potential transfer of a major latent financial liability," noted the authors of the Union of Concerned Scientists report. "Eventually, the final unlucky homeowners will hold deeds to significantly devalued properties."

Of course, the steps taken now and in the coming years will determine both how much sea levels rise and how vulnerable coastal homes are to inundation.