Accessibility links
Supreme Court To Hear Case On Memo About Census, Unauthorized Immigrants The justices will hear oral arguments Nov. 30, increasing the potential for Trump to try to omit unauthorized immigrants from the census numbers used to reallocate House seats during his current term. 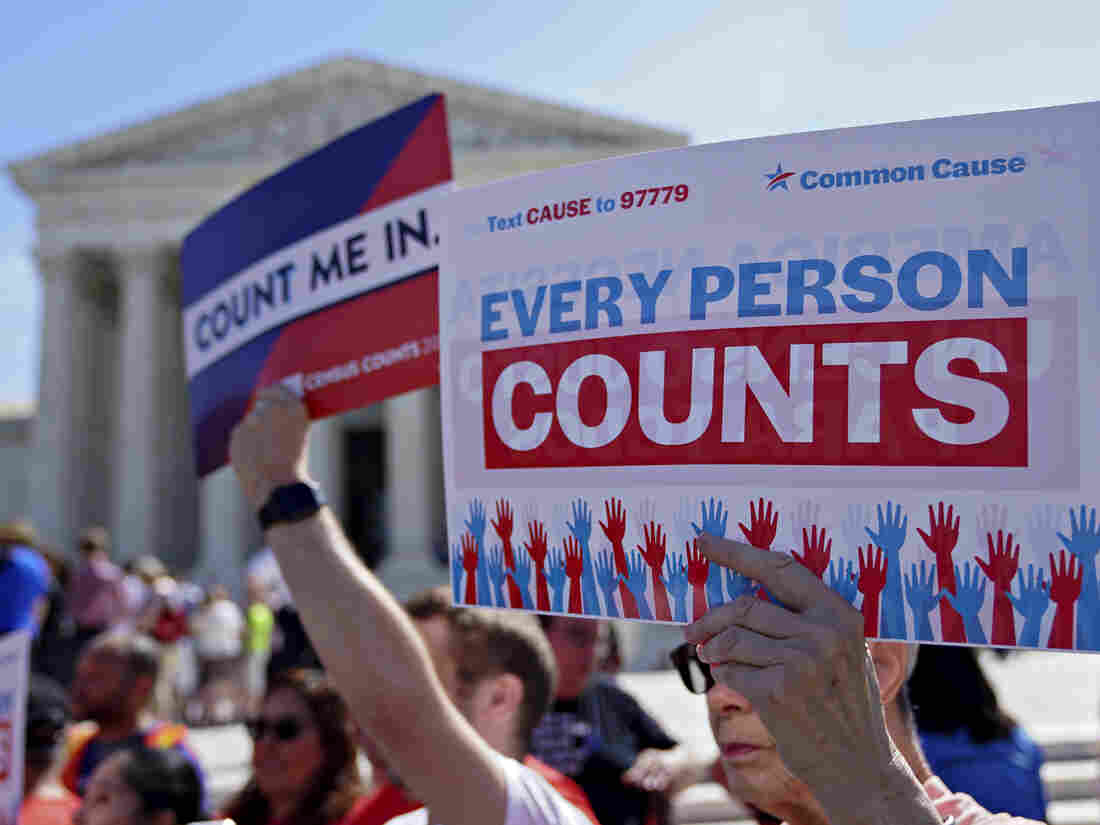 Demonstrators hold signs about the 2020 census outside the U.S. Supreme Court in 2019. Andrew Harrer/Bloomberg via Getty Images hide caption 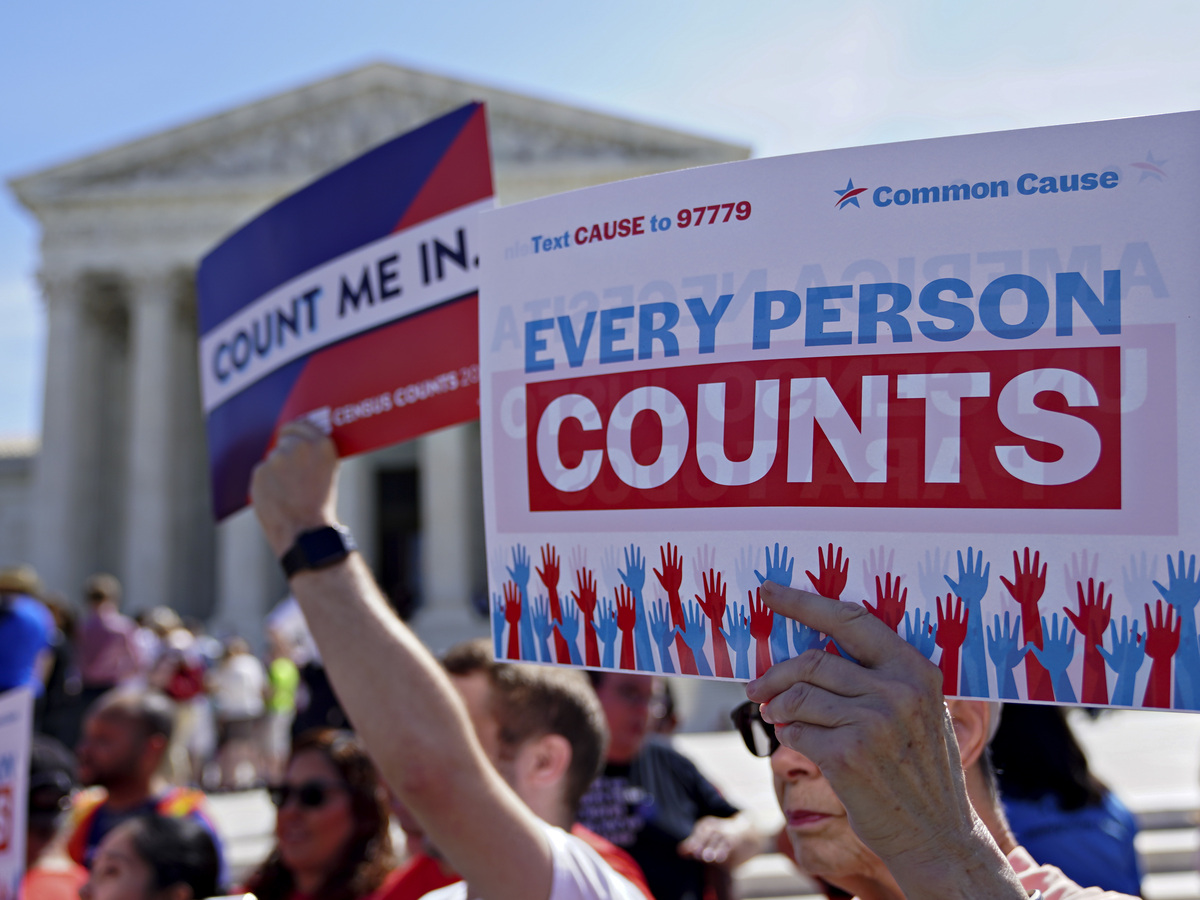 Demonstrators hold signs about the 2020 census outside the U.S. Supreme Court in 2019.

The U.S. Supreme Court has agreed to a speedy review of President Trump's attempt to exclude unauthorized immigrants from the census numbers used to reallocate seats in Congress.

Last month, a lower court ruling blocked Trump's push, calling a presidential memo that called for that unprecedented change unlawful. And now the justices have expedited consideration to hear oral arguments in the case on Nov. 30.

The hearing is set to take place a month before federal law says the latest state population counts for reapportioning the 435 seats in the House of Representatives among the states are due to the president. The timing increases the potential for Trump to try to make the change to who is included in the numbers during his current term in office.

Since the first U.S. census in 1790, the numbers of U.S. residents who are counted to determine each state's share of congressional seats have included both citizens and noncitizens, regardless of immigration status.

"President Trump has repeatedly tried — and failed — to weaponize the census for his attacks on immigrant communities. The Supreme Court rejected his attempt last year and should do so again," said Dale Ho, a lead plaintiffs' attorney with the American Civil Liberties Union who successfully argued against the now-blocked citizenship question the administration wanted on the 2020 census forms.

The Justice Department did not immediately respond to a request for comment.

Federal law requires the president to deliver to Congress "a statement showing the whole number of persons in each State" based on the once-a-decade census.

In September, a lower federal court in Manhattan declared Trump's memo an illegal overreach of the president's limited authority, as delegated by Congress, over the census.

Even if the Supreme Court overturns that ruling, however, it is not clear if Trump would practically be able to exclude unauthorized immigrants from the results of this year's census. The 2020 forms did not include a question about a person's immigration status.

The U.S. Census Bureau could provide information about unauthorized immigrants in Immigration and Customs Enforcement detention centers, according to a court filing.

But during a hearing Wednesday, Justice Department attorney John Coghlan told a federal court in Maryland, which is hearing a similar lawsuit over Trump's memo, that the administration does not know what other groups of unauthorized immigrants it could feasibly omit from the apportionment counts.

This week, the high court issued a ruling that allowed the administration to end counting for the census more than two weeks earlier than expected.

With a lone dissent by Justice Sonia Sotomayor, the high court's order has paved a path for the bureau to try to meet the Dec. 31 legal deadline for reporting the new state population counts to the president.

Keeping to that timeline would help ensure that — regardless of whether Trump wins reelection — he can control the numbers for reapportioning House seats before they're handed off to Congress for certification next year.

Commerce Secretary Wilbur Ross — who oversees the bureau and is legally required to deliver the state numbers to the president — said that he will "release this Census data publicly, and in keeping with past practice, will do so simultaneously with its delivery to the President," as NPR reported on Wednesday.

A statement released by the bureau Friday, however, leaves open the possibility that those numbers won't be delivered to the president by the Dec. 31 deadline. The bureau now says it is "working hard to process the data in order to deliver complete and accurate state population counts as close to the December 31, 2020, statutory deadline as possible."