Accessibility links
StoryCorps: Her Mother Voted After The 1918 Pandemic. Now, Voting Is 'Sacred' Helen Merrill and her granddaughter, Elizabeth Hartley, remember their family's matriarch, whose determination to vote in 1920 drove her to the polls even though she was recovering from the flu. 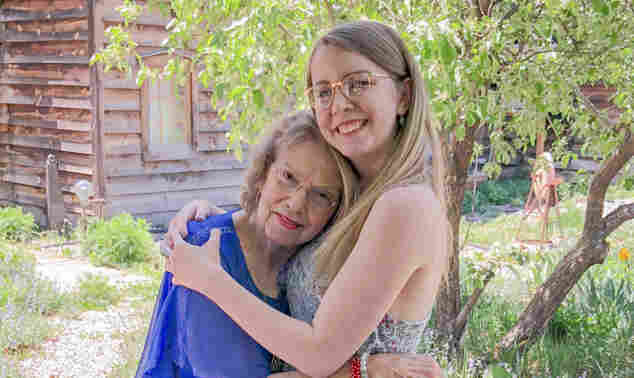 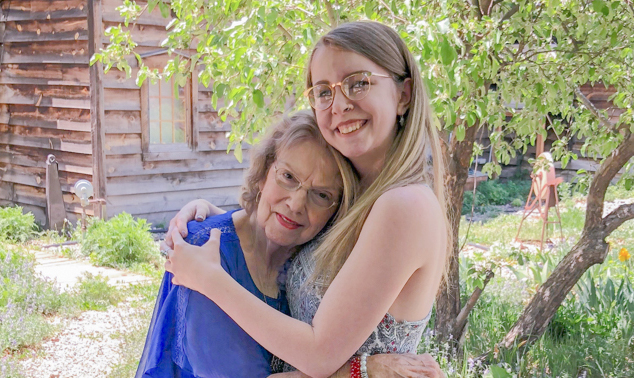 Helen Merrill with her granddaughter, Elizabeth Hartley, in 2017.

During the 1918 flu pandemic, Blanche Reeves was living in rural Iowa when she got sick. Even though she was still recovering in November 1920, she managed to cast her vote in the presidential election.

Her determination to exercise her vote continues to inspire Blanche's daughter, Helen Merrill, a century later. In a remote StoryCorps conversation last week, Helen, now 91, told her granddaughter, Elizabeth Hartley, 27, how voting has become a "sacred thing" for her.

Helen, speaking from her home in Flagstaff, Ariz., told Elizabeth, who lives in Denver, that Blanche was bedridden, apparently in a coma, when a doctor paid her a visit in 1918.

"She could hear everything said, but she couldn't respond or move or anything," Helen said.

But her mother did remember hearing the doctor deliver grave news to her husband, Ralph Reeves.

"He said, 'Well, she won't live till morning,' " Helen said. The doctor, expecting Blanche to die during the night, left them with a death certificate for Ralph to fill in with her time of death.

Instead, Blanche pulled through.

"When the doctor came back the next day and saw that she was alive, he couldn't believe it," Helen said.

Just In Time For The Election, It's Time For Some Family Political Therapy

By Election Day two years later, Blanche still hadn't fully recovered. That morning, her husband told her that he was going out to vote.

So Ralph, an outspoken supporter of the women's suffrage movement, hitched some horses to a wagon that he padded with fresh straw, Helen said.

"He went in and wrapped mom all up and still in her nightgown and carried her out the wagon, covered her up, then drove to a country school," she said. "He carried her in, she voted, put her back on the wagon, took her home and she went back to bed." 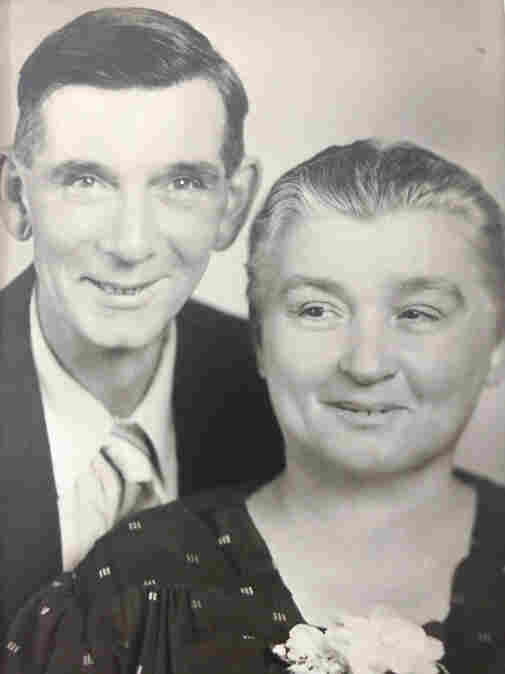 "She had this determined nature," Helen said. "If something was right, hell or high water wasn't going to stop her from doing it. So to not vote, to me, would just be — I think she would come back and haunt me in some way."

When Elizabeth went to vote for the first time, in the 2012 presidential election, her own mother was by her side.

Helen has voted in every single presidential election since 1948, when she was 19. "I've only missed one time. That was long ago — I missed a school board election," she said.

Helen sent in her ballot for the November election this week.

"Going to the polls, no matter how you feel, is the one way in our country where every person is equal," she said. "My vote counts as much as someone who is a multibillionaire, who is a rock star or a movie star — my vote at the polls means just as much. And that's really important to me."