Accessibility links
Retailers Back Harsh Shoplifting Penalties Even As They Call For Social Justice A new report by the consumer-interest nonprofit Public Citizen calls out major retailers for donating to trade groups and campaigns supporting harsher shoplifting penalties in at least 18 states.

Listen · 4:48 4:48
When Shoplifting Is A Felony: Retailers Back Harsher Penalties For Store Theft 4:48 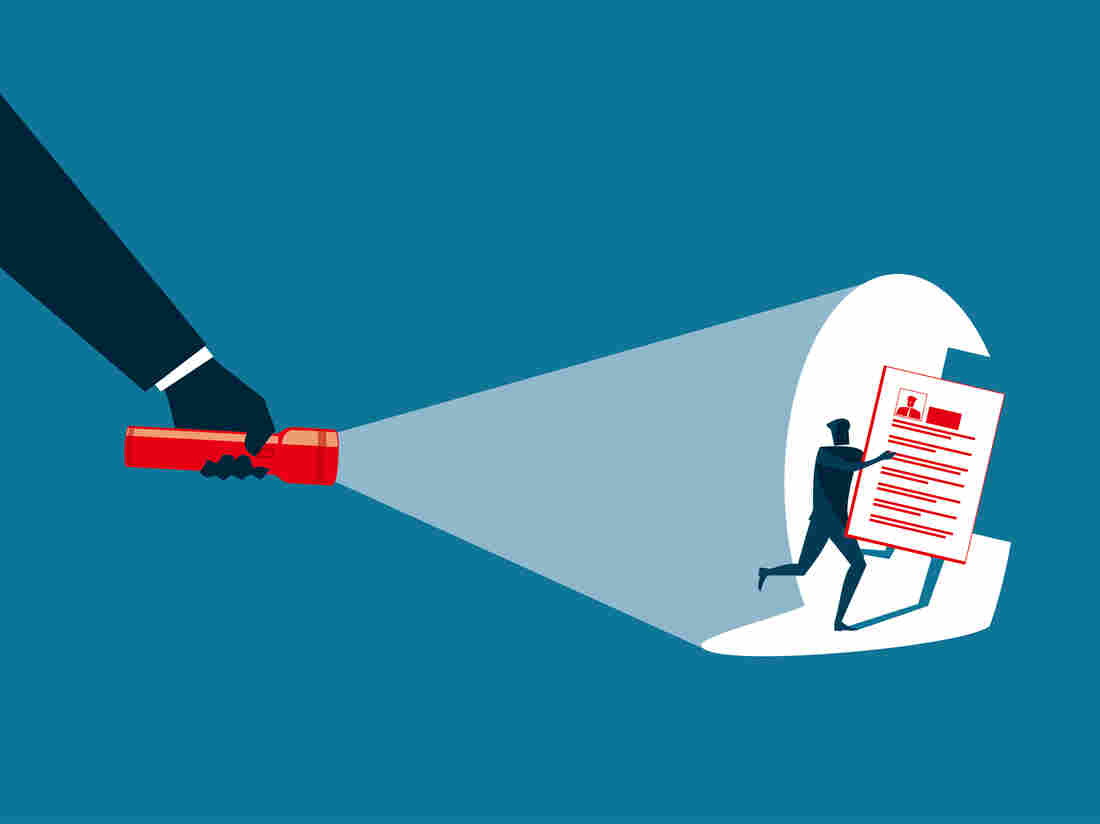 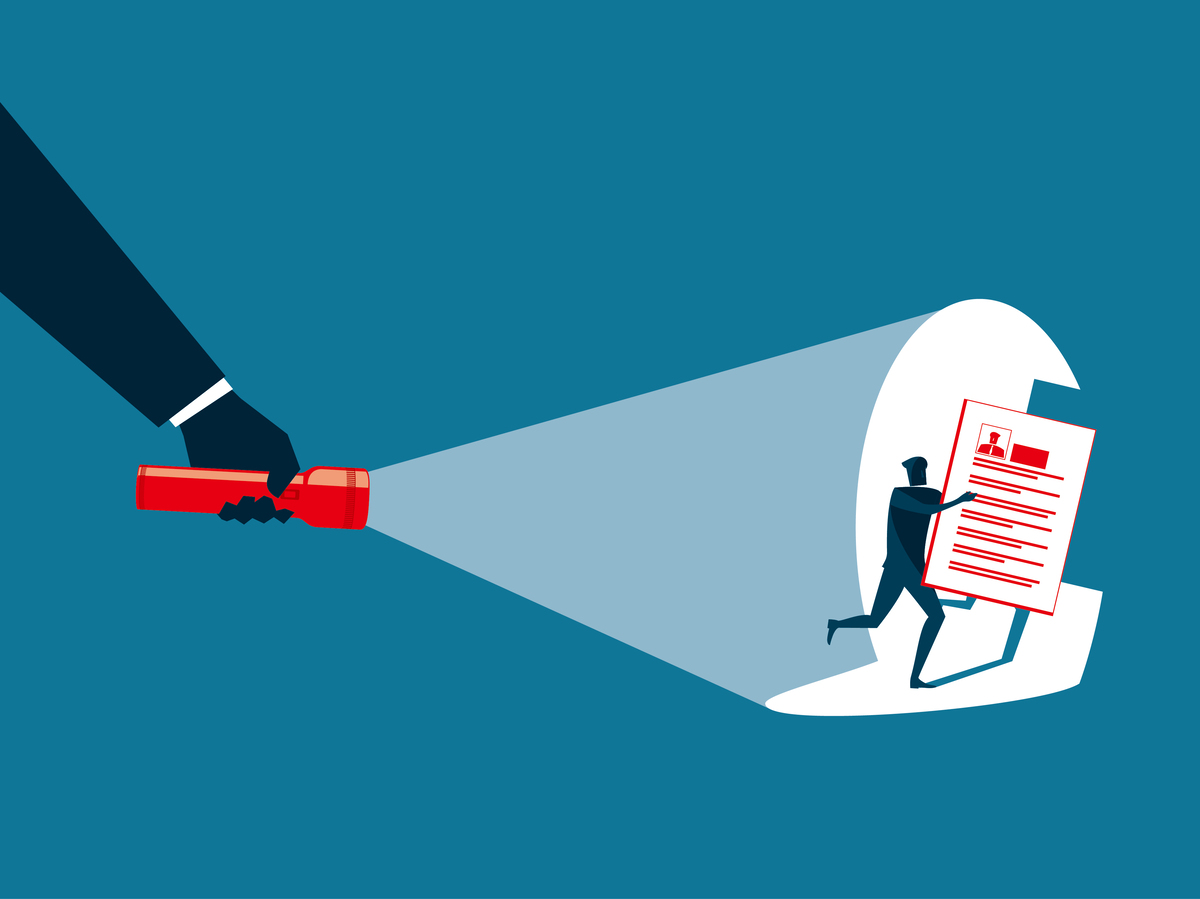 What role should retailers play in pushing for harsher penalties for people caught shoplifting?

What exactly did Abbie Welch put in her purse before she snuck out of a Walmart in Knoxville, Tenn.? The court ruling doesn't say.

Nor does it matter. What matters is a piece of paper she'd previously received from Walmart banning her from the store. Prosecutors used it to argue she was trespassing when she shoplifted. Her crime, typically a misdemeanor, was elevated to a burglary. She became a felon with a six-year sentence.

Among the legal briefs cited by the Tennessee Supreme Court in this high-profile ruling in February is one from several retail groups — in support of the prosecution.

Retailers have long kept a close eye on shoplifting laws around the country, warning of organized retail crime rings that are costing stores a lot of money. In an era of social-justice reckoning, their support of harsher shoplifting punishments and related laws faces new scrutiny from advocates who say this lobbying goes counter to the companies' public statements promoting racial and social equity.

A new report by the consumer-interest nonprofit Public Citizen calls out major retailers — Best Buy, Lowe's, Home Depot, Target, Walmart and others — for donating to trade associations and campaigns promoting harsher shoplifting penalties in at least 18 states. The retailers succeeded in 11 of them, according to the report.

One related measure is on the November ballot in California: Proposition 20 would toughen penalties for some theft-related crimes. Among its biggest backers is grocer Albertsons, parent of Safeway. Costco had previously donated to a campaign in favor but told NPR that the company has requested a return of its contribution and does not support the measure, without elaborating further.

"People from across the political spectrum have come to realize that it's wasteful and ineffective to just ratchet up penalties," said Rick Claypool of Public Citizen, who authored the report. "I think there is an opportunity here for the retailers to change."

Claypool is typically a corporate-crime watchdog, but it was the Tennessee case that got him curious. The door he opened was to a convoluted web of state laws that decide the fate of people caught shoplifting — who gets harsher penalties and who doesn't — and the role that the stores can play when they lobby lawmakers or send security staff to testify in court.

The retailers' targets are organized crime rings and repeat offenders, looking to profit from shoplifting, said Jason Straczewski, who oversees state-level advocacy and government relations at the National Retail Federation. "Retailers are not about filling the jails with tons of people who've stolen small-dollar amounts of goods," he said.

The definition of "organized retail theft" changes by state. California's Prop 20, for example, describes it as at least two people shoplifting "in concert" at least twice in six months for a total value more than $250.

The National Retail Federation doesn't "know where to draw the line" in defining organized retail crime, Straczewski said. But the trade group has called its impact as "considerable," costing retailers $703,320 per $1 billion in sales. Almost all the retailers polled by the trade group said they'd been hit by retail-theft "gangs" in the previous year. Top stolen items were designer clothes and handbags, infant formula, razors and laundry detergent.

Home Depot made headlines last year when it said the nation's opioid epidemic was a big cause of "shrink" — a word retailers use when merchandise goes missing, whether stolen by employees or outsiders. Public defenders tend to describe shoplifting cases as crimes of poverty, drug abuse and mental illness.

Thalia Karny had just moved from the Bronx to the über-wealthy Manhattan as a public defender when she met Qulon McCain. He'd been caught stealing socks from Bloomingdale's, and like Welch in Tennessee faced a bumped-up felony charge because the store had given him a "trespass notice."

McCain told her he was homeless. That he had mental illness. That he wanted to get better. He spent almost nine months in prison, she says, before finding a place in a mental-health treatment center.

Karny had never seen such a case before. But they've cropped up in some states. A woman battling cancer was sentenced to at least 10 months in prison in Pennsylvania after stealing some $100 worth of groceries. A man in Tennessee was sentenced to 12 years in prison after he faked the return of $39 worth of items he had taken off store shelves. A man in Arizona was charged with a felony after getting caught stealing items worth less than $10.

Prosecutors point to the offenders' lengthy criminal histories as factors for their serious sentences. Public defenders say they are people trapped in the cycle of the criminal justice system.

"Shoplifting may be a problem, an issue that needs to be dealt with, but in our society, the only answer we have apparently is — let's put people in prison for long periods of time," said Jonathan Harwell, a public defender in Tennessee known for his work on "Walmart burglary" cases. "We're the only country in the world that does it on the scale that we do it. It doesn't seem to be working, and it ruins people's lives. And why are we doing that?"

In recent years, concerns about mass incarceration have pushed most states to raise the felony threshold. Many say, for example, that theft below $1,000 should be a misdemeanor. But disputes around these amounts persist.

Retail trade groups have argued that prosecutors should be able to aggregate shoplifting incidents to crack down on repeat offenders. With the same goal, the groups in many states have lobbied in favor of lower thresholds for the value of stolen property that triggers a felony charge.

Opponents of higher felony thresholds argue they encourage more shoplifting because organized groups can simply adjust to stealing more valuable items without fear of facing stiffer charges. In recent years, the Pew Charitable Trusts studied states that raised their thresholds and reported that property crime rates were falling before the change and continued to fall afterward.

The National Retail Federation's 2020 security survey found that shoplifting apprehensions and prosecutions have fallen dramatically since 2015. Meanwhile, the average loss per each shoplifting incident declined only slightly to $270. According to the Insurance Information Institute, most insurance policies do not cover shoplifting but can cover burglaries.

Something major is getting lost in all of this, says Pew's Jake Horowitz. If the goal is to deter crime, tougher punishment is actually not the best approach.

"This may surprise some folks, but it's one of the least controversial ideas among people who study crime," Horowitz says. More severe punishments are expensive, costing taxpayers, but he says severity is "essentially meaningless" compared with the most important factor: certainty of punishment.

"Research shows clearly that the chance of being caught is a vastly more effective deterrent than even draconian punishment," says the National Institute of Justice, an agency of the U.S. Justice Department. "Prison sentences (particularly long sentences) are unlikely to deter future crime. Prisons actually may have the opposite effect."

NPR's Will Chase contributed to this report.