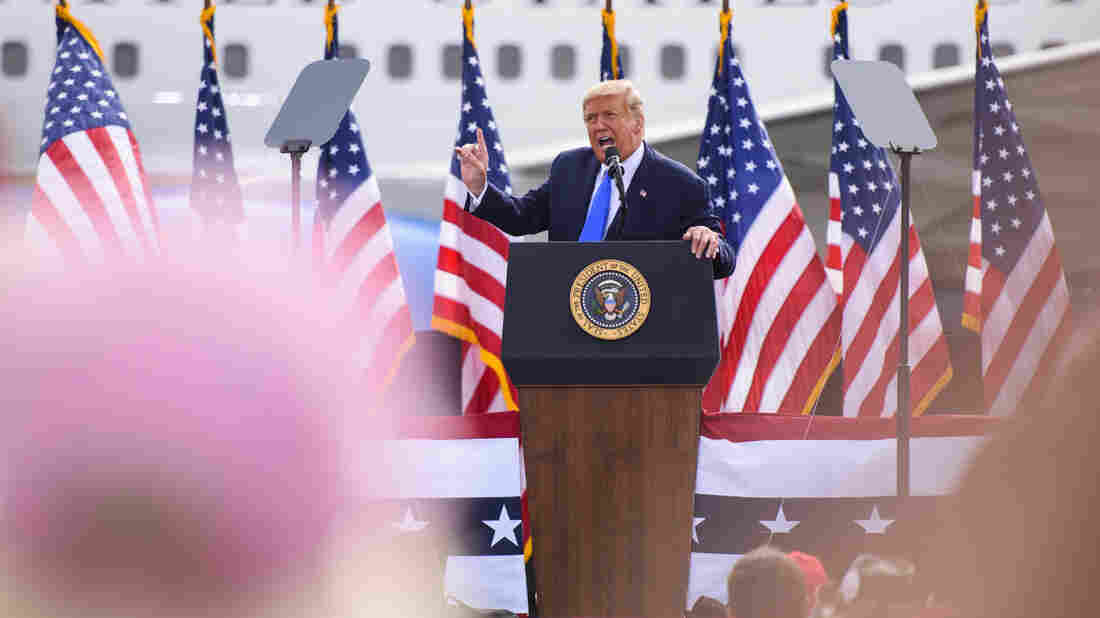 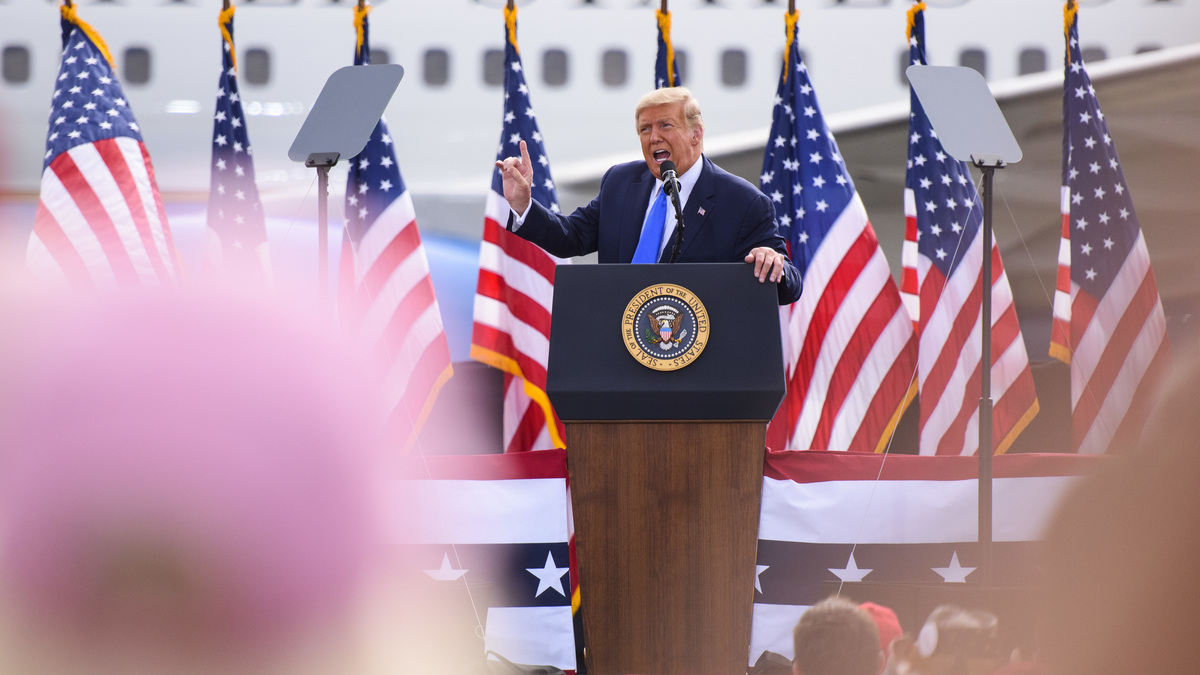 President Trump speaks at a campaign rally at the Pitt-Greenville Airport in Greenville, N.C., on Thursday.

President Trump's campaign announced late Thursday that it, the Republican National Committee and joint committees raised $248 million in September — a strong haul but nonetheless well behind the record-setting one-month sum collected by Joe Biden's campaign and his party.

On Wednesday evening, Biden's campaign said it, the Democratic National Committee and joint fundraising efforts garnered $383 million in September — breaking the one-month record Democrats had set just the month prior, in August.

Trump's campaign announced Thursday it has $251 million cash on hand, compared with the eye-popping $432 million Biden's campaign says it has in the bank.

Trump's campaign has long been talking up its ground game, especially as Democrats for months opted against door-to-door canvassing amid the coronavirus pandemic, and as the Biden campaign maintains a greater presence on paid TV.

A recent NPR analysis of data from the ad-tracking firm Advertising Analytics found that Biden and Democratic allies have outspent Trump and supporting groups by $240 million on TV ads in six crucial states.

Trump did get a boost from one key Las Vegas couple in recent weeks, as casino magnate Sheldon Adelson and his wife Miriam gave $75 million to a new super PAC that's backing the president.

Last month, Trump also said he may spend some of his own money on his reelection bid.

It's unusual for an incumbent to trail a challenger in fundraising, but Democrats — from Biden to candidates down the ballot in key Senate races — have been raising impressive sums of money in recent months.