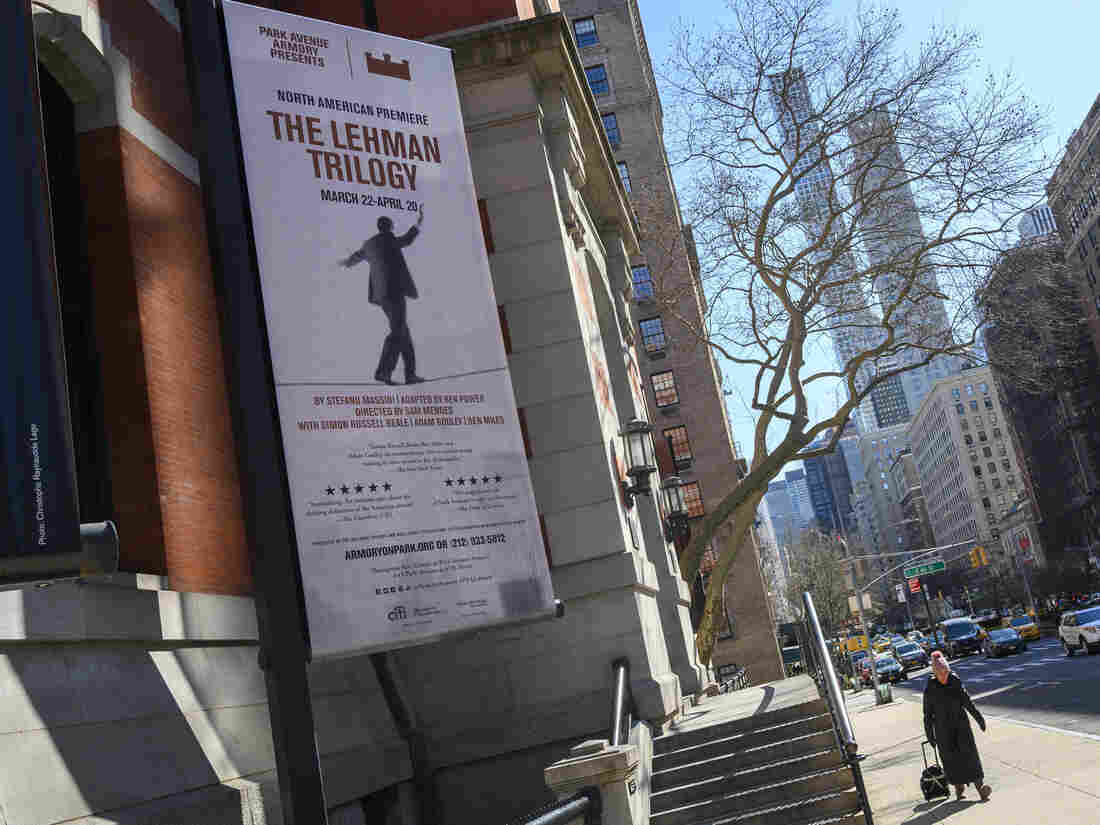 Before its collapse in 2008, Lehman Brothers Holdings was one of the biggest names in finance. But the company had humble beginnings. It started as a family business, a dry goods store in Alabama. In just a few generations, the brothers Lehman had moved to Wall Street and become a Wall Street powerhouse.

Then came the Financial Crisis. A rival, Bear Stearns, was the canary in the coalmine. It collapsed in March of 2008. A few months later, Lehman Brothers, a company that had been in businesses for more than 150 years and employed 25,000 people, went under. When the company declared bankruptcy, it had racked up over $600 billion in debt.

A few years later, Italian author and playwright Stefano Massini turned the story of Lehman Brothers into a play. Since then, the play has been adapted for Broadway and it debuted in March, right as the pandemic began to reach the United States.

Stacey talked to playwright Ben Power about his musical adaptation The Lehman Trilogy back in March. They discussed the company's origin and discussed how the story of Lehman Brothers is relevant today.