Accessibility links
The 'I Survived' Books Are Perfect Reads For An Anxious Age Lauren Tarshis's I Survived series takes kids through famous historical disasters — and more recent ones like the California wildfires. So they're perfect pandemic books for anxious little readers. 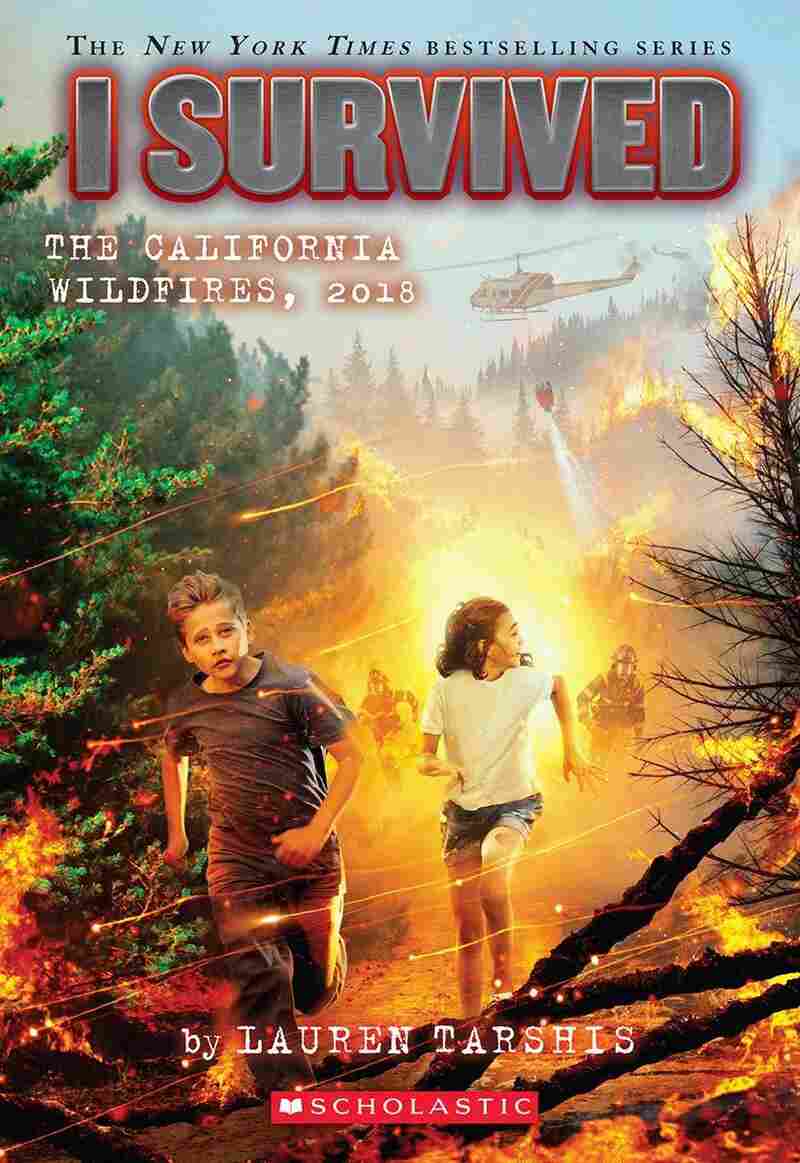 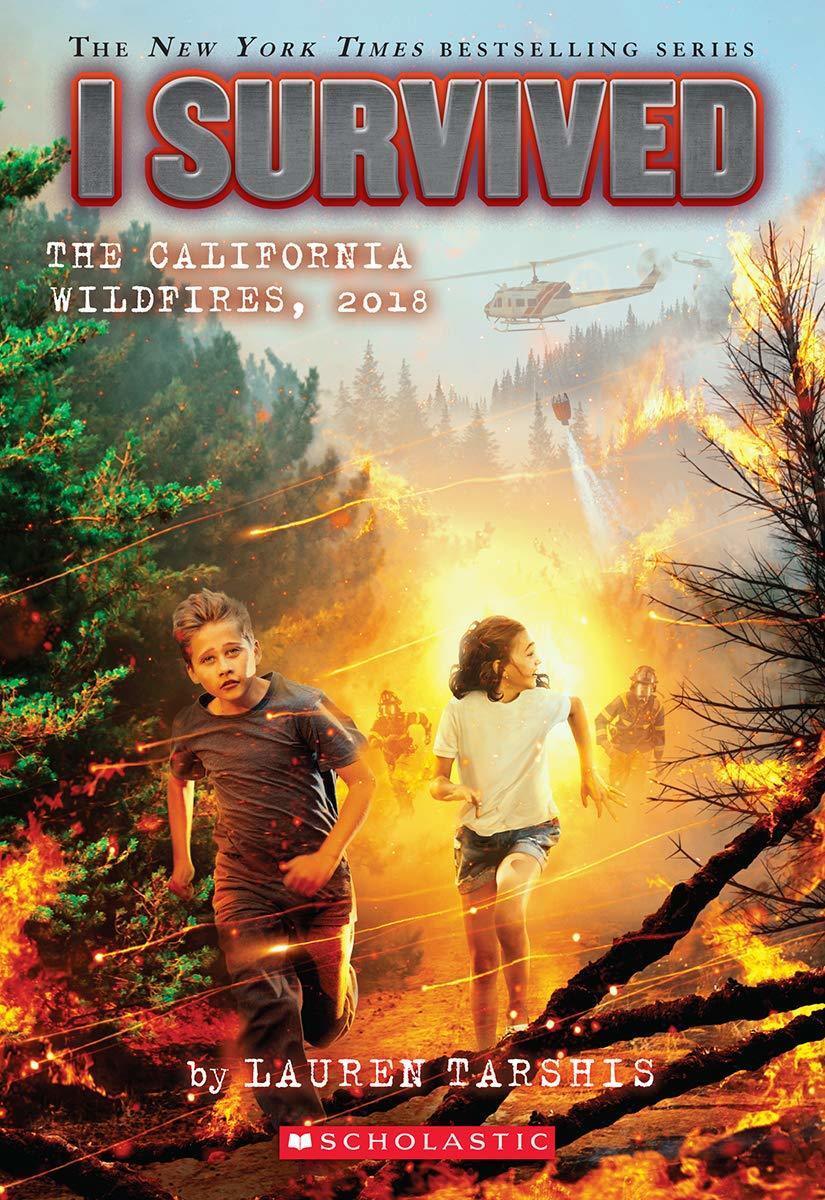 It's either a perfect or a perfectly terrifying time for Lauren Tarshis's I Survived books, a series of historical fiction that follows one kid as he or she finds themselves in mortal danger at the center of an event — like the Great Chicago Fires of 1871. But as she points out — at least you know the ending. "Some kid who hasn't read it goes, 'But does he, you know, but he died in the first chapter!' Because I leave them on a cliffhanger, and I say, well, you know what would have been a really bad name for my series? I Died. And there's always a moment, and then everyone laughs."

The latest book in the series is called I Survived the California Wildfires. Tarshis based it on the Carr fire, which devastated Northern California two summers ago. But her series originally began as a look at long-ago events — like the sinking of the Titanic, the destruction of Pompeii, and the 1906 San Francisco earthquake.

"So, I wanted kids to be at a remove from these events, right? And not have any warfare or, you know, certainly terrorism or any of those types of events," she says. "But it was kids barraging me with requests for those types of topics that caused me to pivot and include some of these more heavy historical human created calamities."

... it was kids barraging me with requests for those types of topics that caused me to pivot and include some of these more heavy historical human created calamities.

Now there's I Survived The Battle of Gettysburg, and I Survived The Attacks of September 11, 2001. Each story is seen through the eyes of the kids in the middle of the event — and Tarshis is careful to create a whole world for the kids even before disaster strikes. These are children — and adults — worried about everyday problems, before and after having their brush with history.

Tarshis leans on the beautifully mundane parts of her character's lives. Her own family history contains similar stories, like the one her kids' great-grandmother tells about searching for a dermatologist to help her son — in a Jewish ghetto.

"She went from doctor to doctor trying to help poor Werner with his acne when he was 14. And I thought, oh, my gosh, you're like escaping Hitler, you're living in a ghetto in the middle of a war, and you are still helping your son with his terrible acne problems."

But when history strikes — it's really scary. Characters feel the heat of the wildfires, hear the roar of the planes. Many of them come very close to not surviving. But, Tarshis says, there's always a moment where the story turns.

After the events of 2020 — you might be wondering — do I need my kid reading more about disaster? Isn't this the time for witches and elves and zombies and allegory? Does reading these true-life stories actually give kids more anxiety?

"It's impossible to say what is going to cause anxiety and what isn't, right?" says Dr. Samantha Sweeney. She's a child psychologist; her forthcoming book about kids' anxiety is called Working With Worry.

It's not necessarily a problem that the child is experiencing anxiety ... Anxiety has stuck around for millennia for a reason, and it helps us.

Full disclosure: Dr. Sweeney's ten year old son is a fan of the books. He calls them thrilling. But Dr. Sweeney has read them and likes them too — and thinks they can be useful. "The goal for, you know, anyone experiencing anxiety is not to completely get rid of it. You want to figure out ways to manage it. And what I like about these particular books is, I think it gives an entry point for parents. I think it gives them a context with which to talk about anxiety-provoking situations."

Dr. Sweeney says that talking about those fears is the best thing families can do right now for kids living through a global pandemic. They can start with the characters in the book. "What happened to them? What were the things that were in their control? What were the things that were out of control? What did they do with that? Kind of go through those steps to process that for the character and then to kind of use that same formula to think about, OK, how are you feeling? How are other people feeling? What can you control? What are you hoping for?"

Many kids thinking about the pandemic experience have connected it to the I Survived series. Tarshis has heard from a bunch of them.

It's hard not to ask, right? Here we all are, living in our own I Survived novel! But Lauren Tarshis says she has no plans to add the pandemic to her series — first of all, we need the benefit of hindsight: What did the pandemic change, what was the impact? But second of all, she sees it as a shared responsibility, a calling for the kids themselves.

Your story, Tarshis says, is important, too.

This story was produced for radio by Ed McNulty and Samantha Balaban, and adapted for the Web by Petra Mayer.