Listen · 4:25 4:25
Artist In Residence Creates Portraits Of Reform At The District Attorney's Office 4:25

When I met him earlier this year, James "Yaya" Hough was surrounded by white buckets of blue and orange paint, working in the downtown Philadelphia studio that came — before coronavirus — along with the first-ever artist residency at the Philadelphia District Attorney's office. He was focused on one of his portraits of various lawyers, victims' rights advocates, judges and formerly incarcerated people now on display around the city in an exhibition called Points of Connection.

"I've been an artist since I was a child," Hough told me, recalling life-changing trips to the Carnegie Museum of Art in his hometown of Pittsburgh. "But unfortunately, I grew up in a very dysfunctional environment that led me, in the worst of ways, to become involved with crime and violence to the point where, by the time I was 17 years old, I was arrested, charged and convicted for killing a man, over nothing justifiable."

Hough, now 46, is soft faced and soft spoken. He served 27 years in prison. Hough's release came in the wake of a 2012 Supreme Court case brought by renowned civil rights lawyer Bryan Stevenson that ruled juvenile life sentences, like Hough's, unconstitutional. In prison, Hough had been extremely involved with the arts – painting portraits of fellow prisoners as gifts, and taking classes with Mural Arts Philadelphia, the largest public art program in the country.

Jane Golden founded Mural Arts Philadelphia 35 years ago and now teaches art at prisons through the program's Restorative Justice project. Among her students at Graterford Prison, she says Hough immediately established himself as a leader.

"He was always mature, thoughtful and had incredible talent," she says. "So when he got out in April, we knew we wanted to work with him. It was just a question of how and when." 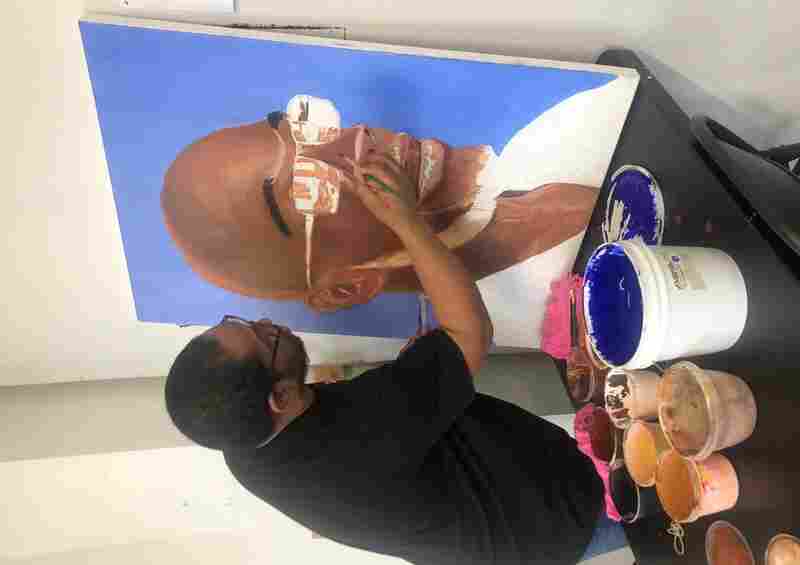 James "Yaya" Hough works on a portrait of Michael "Smokey" Wilson, who was incarcerated for life as a child and served for 46 years. Neda Ulaby/NPR hide caption 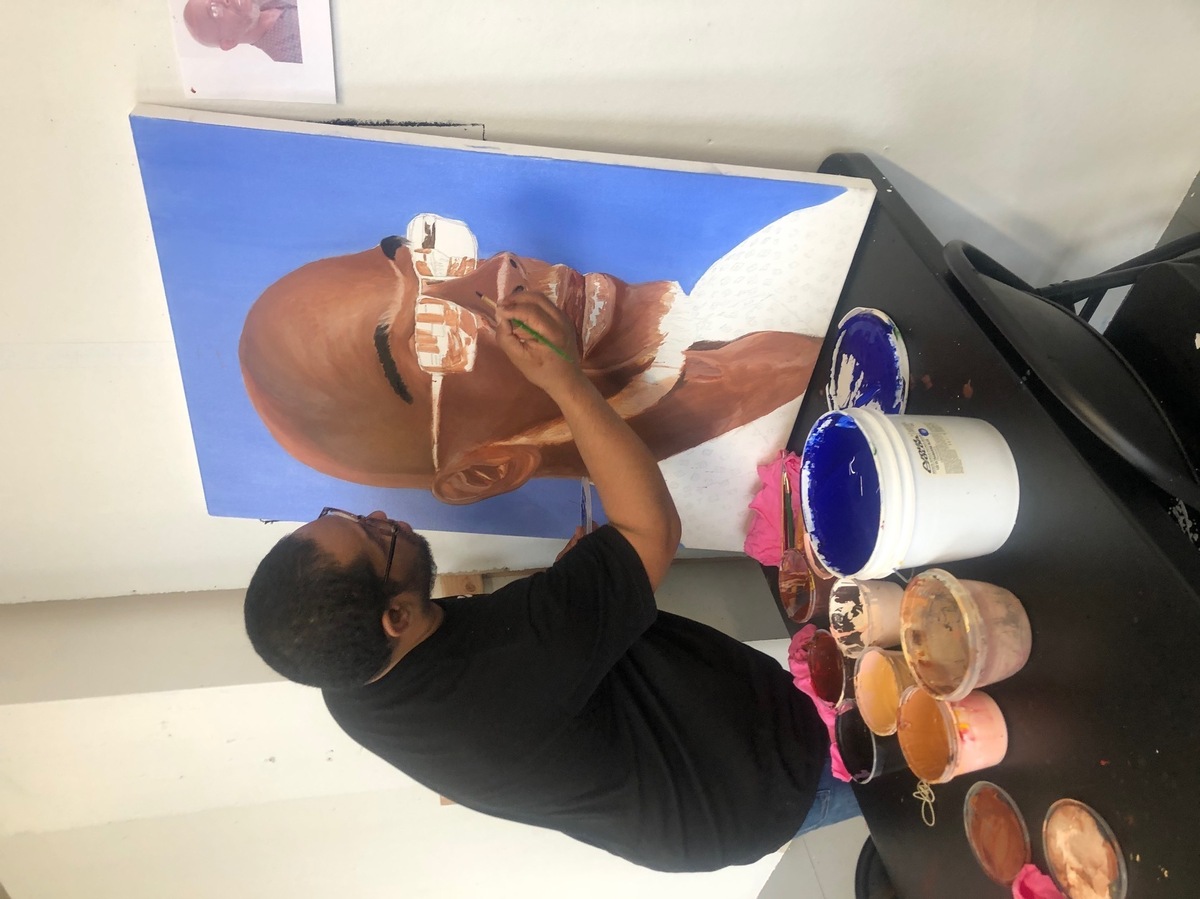 James "Yaya" Hough works on a portrait of Michael "Smokey" Wilson, who was incarcerated for life as a child and served for 46 years.

Enter Agnes Gund: Back in 2017, the philanthropist and activist started the Art for Justice Fund, dedicated to using the arts in the service of criminal justice reform. To fund it, she sold one of her most expensive paintings — a Roy Lichtenstein — for more than a $150 million.

"We know art can spark understanding and awareness where traditional methods of engagement fall short," Gund said as part of a public conference early in October, during which she announced additional support for Hough's project that will continue through this year. Together with the organization Fair and Just Prosecution, these organizations worked with the Philadelphia District Attorney's office to create an artist's residency for Hough. (Not a dime of taxpayer money was spent in support of this project, according to those involved.)

Philadelphia's district attorney was enthusiastic from the start. It helped that Larry Krasner is well-known as a social justice reformer, the type who can be spotted online (in a buttoned-up shirt and tie) singing protest songs by The Clash.

As district attorney, Krasner says his job demands empathy for everyone in the system — police, victims, prosecutors and defendants, including those, he says, who do not belong behind bars. "Or even defendants who deserve to be there and should stay there," he says. "I think that it's important we never dehumanize any of these folks. And art does that. Art works against dehumanization."

Originally, as an artist in residence, James Hough was supposed to spend time at the district attorney's office, observing and meeting with various people there. The coronavirus changed that. Still, Hough participated remotely. He was fascinated by the data he was able to access. 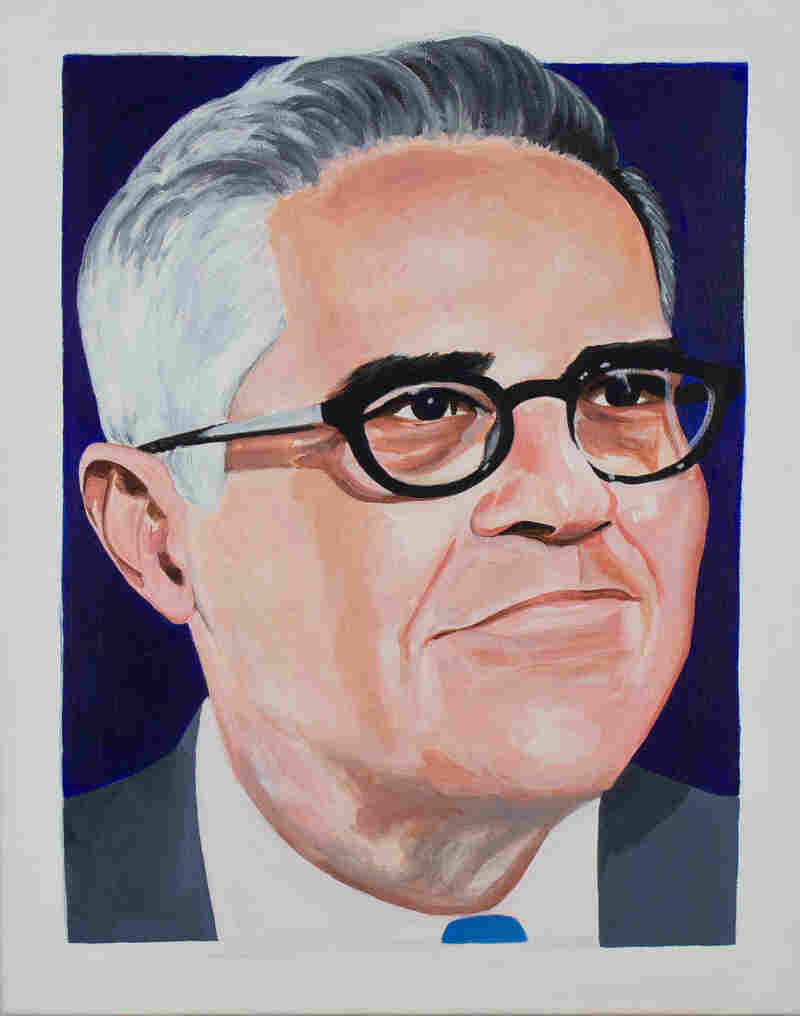 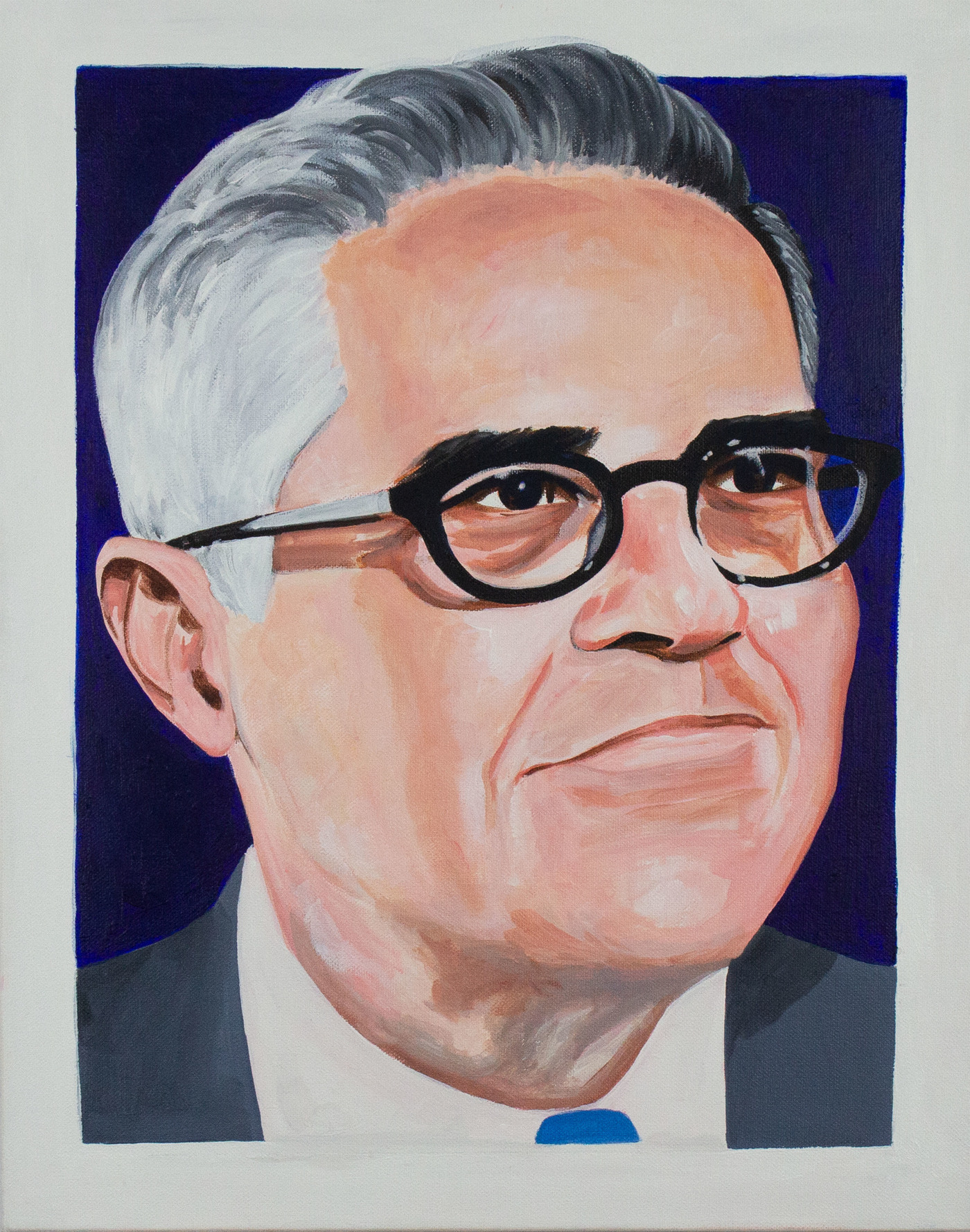 "The amount of shootings in a city," he offered by way of example. "I mean not just the raw numbers, or who, but the times of day — so much information. And it makes me think like, if we're only compiling this stuff to generate prosecutorial policy or legislative policy that only confront crime in an adversarial way, then that's actually part of the problem. There needs to be more creative use of this data."

Advocates such as Jane Golden argue the arts are the perfect place to find creativity and innovation at a moment when there's a national push for criminal justice and prison reform. The residency she helped create also pays the salary of Hough's assistant, Akeil Robertson. Now 30, he was also convicted of murder as a juvenile by the very same District Attorney's office where he now helps document the work of victims' advocacy groups and the efforts of formerly incarcerated people to reduce crime in the city.

"I didn't paint or draw before prison," he says. Now, Robertson is in art school. Hough gave him some rudimentary art supplies while the two were serving time. Even more importantly, Robertson says, Hough showed him the basics — both when it came to making art and in reconciling himself with his past.

"That really allowed for me to do the work he's speaking about, which is reflection," Robertson says. "Because when he gave me a sketchbook, I was like, 'What do you use this for?' and he said, effectively, 'To get to know yourself.' "

That's where change begins, says Hough, whose work is also included in the show Marking Time: Art in the Age of Mass Incarceration currently at MoMa PS1 in New York. His next projects include helping to get this residency replicated in other district attorney's offices around the country.