Accessibility links
A Georgia Boy Started Reading At 6 Months Old. Now 12, He's In College Caleb Anderson is a sophomore at Chattahoochee Technical College in Marietta, Ga. He's taking calculus and macroeconomics and wants to be an aerospace engineer to help "people reach the stars." 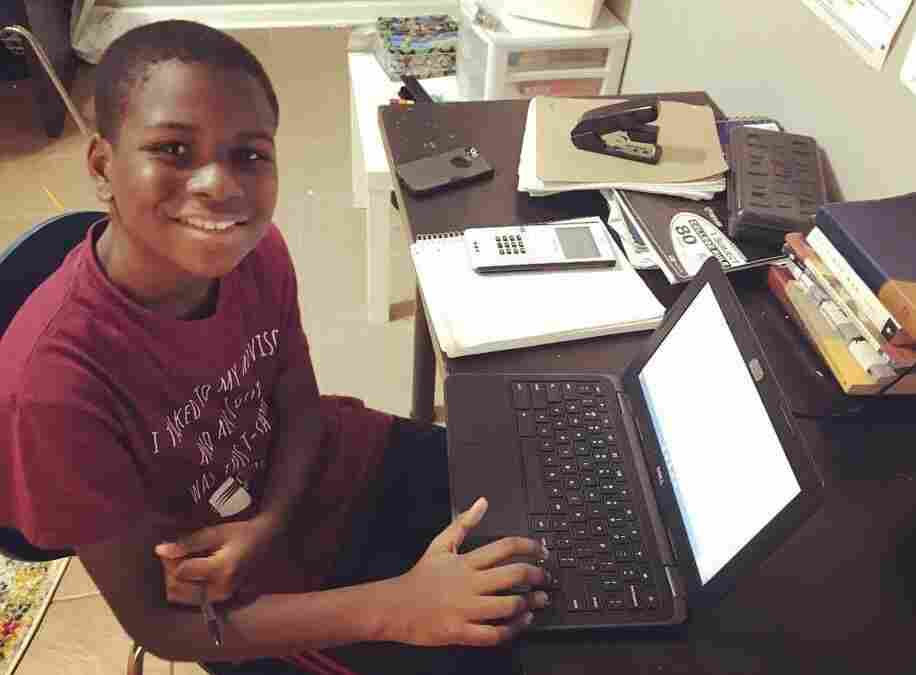 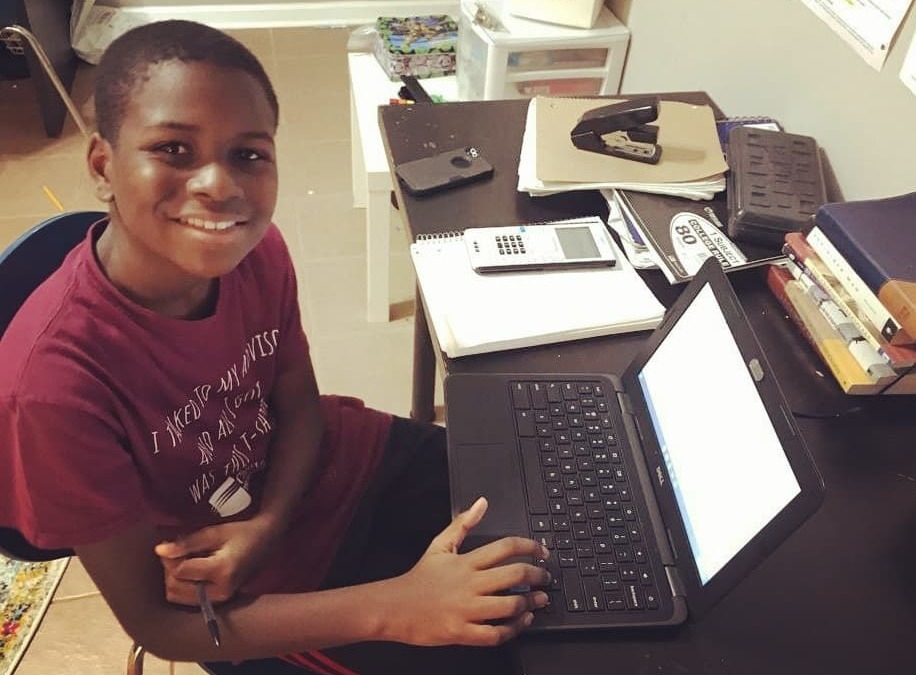 Caleb Anderson, 12, attends virtual calculus class this month at Chattahoochee Technical College in Marietta, Ga., where he is a sophomore.

Like a lot of other 12-year-olds, Caleb Anderson of Marietta, Ga., loves outer space.

But unlike most kids his age, he's a sophomore in college, where he's studying calculus, U.S. history, humanities and macroeconomics.

He wants to be an aerospace engineer.

"You have the heroes that go on the rockets and fly up to space. But the aerospace engineers, they have their life in their hands. And I really think it's interesting and amazing that they do that," he says.

Caleb's mother, Claire Anderson, says it didn't take long to see that her son was ahead of the typical baby milestones. When he was just 3 weeks old, she says, he started copying her motions. She got certified in sign language so she could teach it to him.

"Because I thought though that he wanted to communicate, but he didn't have a [means] or a way to do that. Then he started picking up sign language really fast," she says. "When he was about 6 months old, he started reading. And by 9 months old he was already signing over 250 words."

Anderson says Caleb was doing fractions when he was 2. He passed the first grade when he was 3. When time came for middle school, she says, he could have skipped it altogether. "But we still decided to put Caleb into the seventh grade to build social skills and just think about the well-rounded child."

Those years were not easy for Caleb.

"They looked down on me because I was younger than them. And not only that, the curriculum was boring to me because I learn really, really fast. One day I came to my mom and she asked me, 'Are you happy here?' and I said, 'No, I'm really bored. This isn't challenging me,' " he says.

Now Caleb is in a dual program at Chattahoochee Technical College in Marietta working toward an associate degree while getting his high school credits. It gives him a chance to dream of NASA, SpaceX and flying cars.

"It's not my end goal to go to college. My end goal is to become who I want to be. I want to be someone who helps people reach the stars," he says.

Caleb's father, Kobi Anderson, says it's important to be able to share his son's story — the story of a gifted Black boy.

"As a teenager, I remember downplaying my intelligence," he says. "Being a young Black male, there are these negative stereotypes that are reinforced quite frequently. And so the attention is an opportunity to bring another story to light, one that we hope will inspire others to foster the gifts that their kids have."