Accessibility links
Supreme Court To Hear Cases Tied To Trump's Policies On Mexico Border One centers on the use of military funds to pay for building part of a border wall. The other revolves around the "Remain in Mexico" policy that makes asylum-seekers stay out of the U.S. 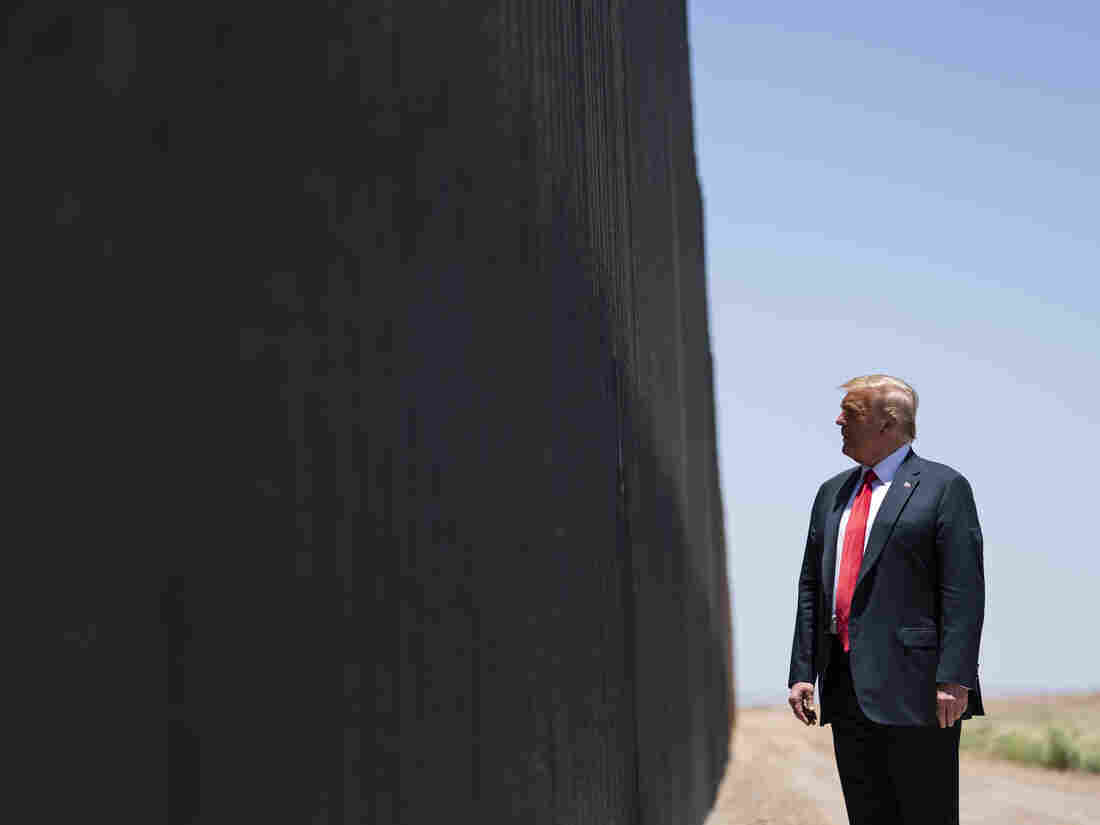 President Trump tours a section of the border wall in San Luis, Ariz., on June 23. The Supreme Court is agreeing to review a Trump administration policy that makes asylum-seekers wait in Mexico for U.S. court hearings. Evan Vucci/AP hide caption 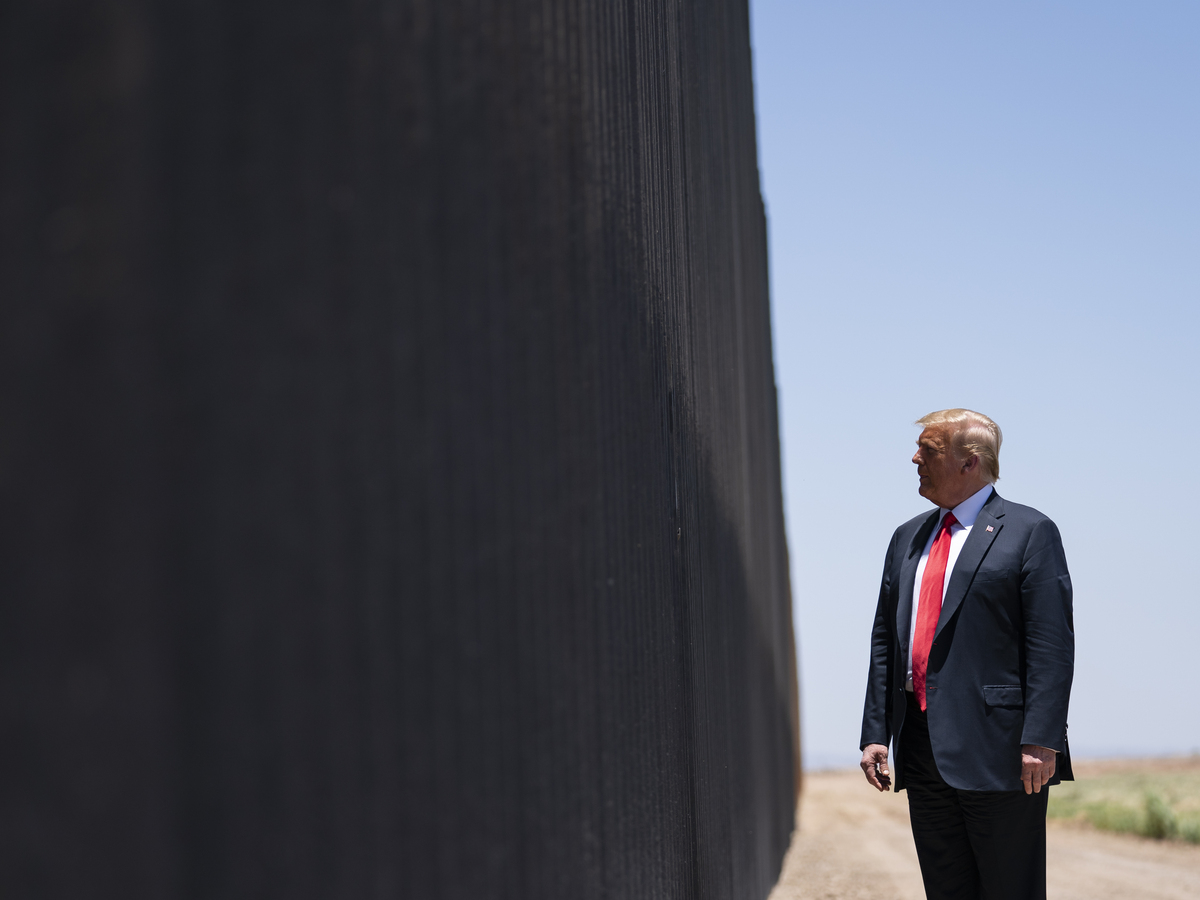 President Trump tours a section of the border wall in San Luis, Ariz., on June 23. The Supreme Court is agreeing to review a Trump administration policy that makes asylum-seekers wait in Mexico for U.S. court hearings.

The U.S. Supreme Court said it will hear cases that involve the U.S. "Remain in Mexico" policy and the border wall, two of President Trump's most controversial attempts to limit migration across the southern border with Mexico.

The court did not say when it will hear the cases, but arguments are likely to be heard well after the Nov. 3 election. The outcome of next month's presidential election could render both cases moot if Trump loses his reelection bid.

In one case, the justices will review a 9th U.S. Circuit Court of Appeals ruling from early 2020 that briefly forced the Trump administration to halt its practice of making thousands of people seeking asylum at the southern border wait in Mexico for the U.S. to process their claims.

The Supreme Court allowed the policy, formally known as the Migrant Protection Protocols, or MPP, to remain in effect in March as the issue made its way through a legal back-and-forth.

The "Remain in Mexico" lawsuit was filed on behalf of 11 asylum-seekers who were forced to return to Mexico as their claims worked their way through the U.S. immigration system.

"Asylum-seekers face grave danger every day this illegal and depraved policy is in effect," said the American Civil Liberties Union's Judy Rabinovitz, who is the lead counsel in the lawsuit. "The courts have repeatedly ruled against it, and the Supreme Court should as well."

The White House sees it differently, issuing a statement earlier this year saying, "By any measure, MPP has been hugely successful, including by reducing burdens on United States communities and easing the humanitarian crisis on the Southern border."

In the other case, Trump v. Sierra Club, the high court will hear a dispute over the administration's use of military funding to build sections of the president's long-promised border wall.

Lower courts had frozen billions in funding, but the Supreme Court granted a stay in the summer of 2019 that allowed the government to spend money from the Defense Department budget to build parts of a wall along the border with Mexico.

In late 2019, federal judges in California and Texas ruled against the president's plan to shift money around, saying the administration cannot reallocate money Congress has appropriated for other purposes.