Accessibility links
Confrontational Politics Meets Anti-Government Sentiment : No Compromise In Episode 6: A battle for the GOP in Idaho. Plus: "confrontational politics." What it is and how the Dorr brothers are popularizing it. And an unexpected update about the Dorr family. 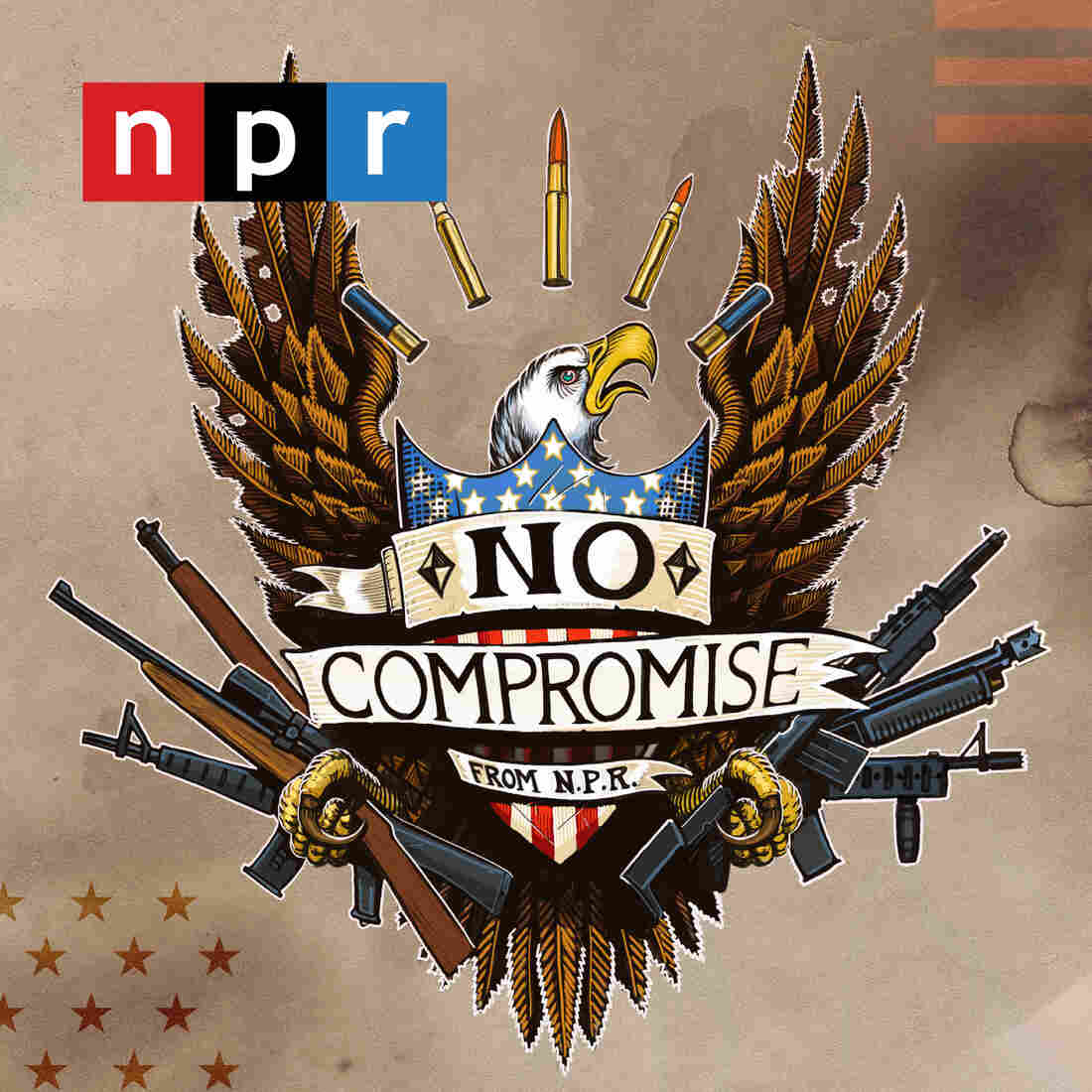 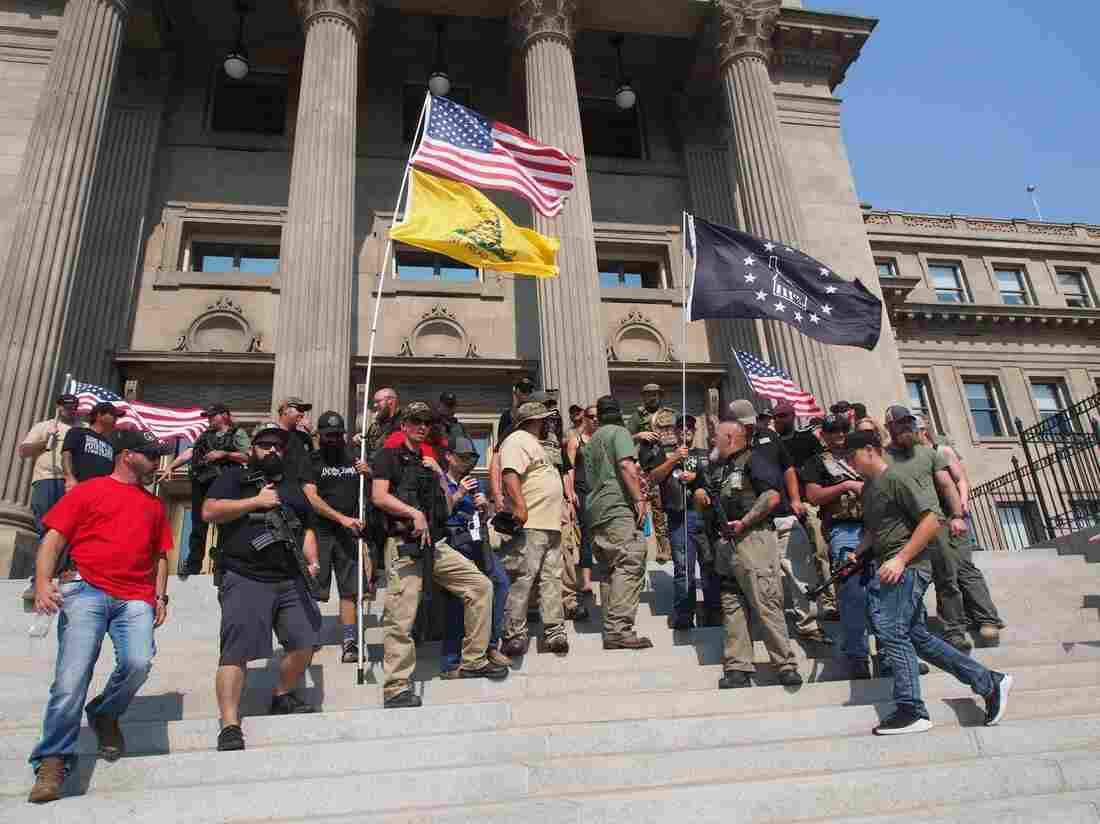 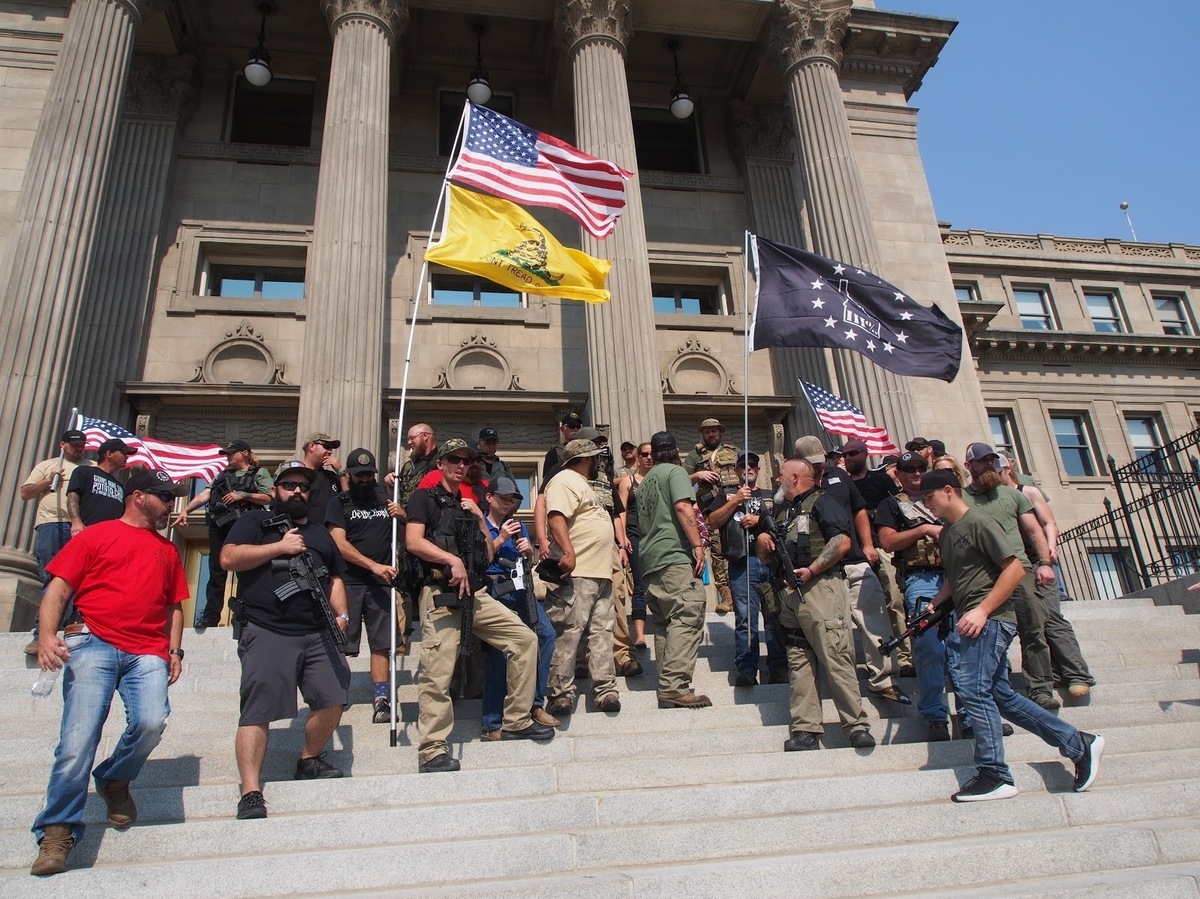 Gun rights supporters, including militia members, rally in support of gun rights in September 2018 during an event put on by the Idaho Second Amendment Alliance.

If you think about a traditional conservative voter from Idaho, you might picture someone like Jennifer Ellis.

She's a rancher in the southeast corner of the state, near the Wyoming border. She thinks of a gun as a tool — like a rope or a wrench — and has voted for the Republican ticket since she was 18.

But Jennifer is locked in an online battle with far-right Republicans who she fears have hijacked Idaho's traditional GOP. And she says many of those far-right politicians have ties to Greg Pruett.

As reporters Lisa Hagen of WABE in Atlanta, Ga. and Chris Haxel of KCUR in Kansas City, Mo. have chronicled, Pruett is the head of the Idaho Second Amendment Alliance, part of a network of gun rights groups that push a no-compromise message in statehouses across the country.

And it turns out Pruett operates more than one Facebook page; he has several. And, according to Ellis, he has fashioned himself into a one-man propaganda band for a whole set of anti-government subcultures in Idaho.

The philosophy Pruett and his pro-gun partners follow is modeled after a book called Confrontational Politics. Its lessons offer a blueprint for political insurgency that activists across the no-compromise movement use.

Aaron and Chris Dorr have led seminars on confrontational politics across the country. Its methods are easily taught and replicated. They're also spreading: to the anti-vax movement, white nationalists and to far-right activists in Europe.

Finally, as Hagen and Haxel work to finish this final episode of No Compromise, they receive some unexpected news about the Dorr family.