Accessibility links
Trump-Biden Debate Rules: Mics To Mute At Top Of Each Segment This decision comes after a chaotic first debate that was widely criticized for its largely unstructured nature. President Trump and Democratic nominee Joe Biden are set to face off on Thursday. 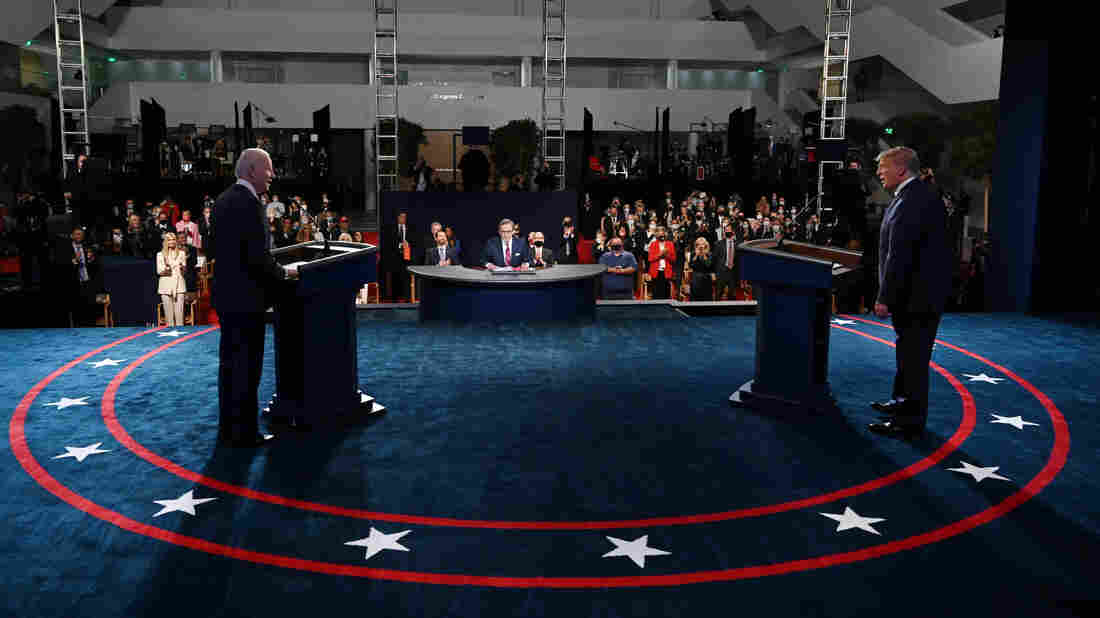 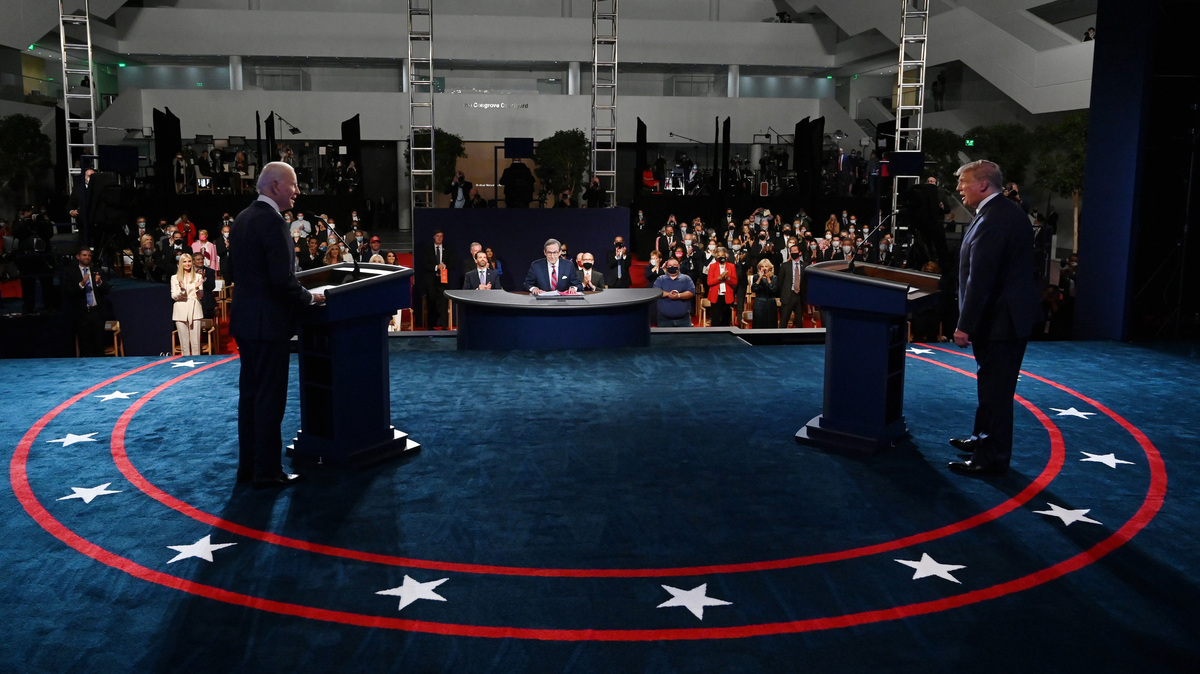 The Sept. 29 debate between President Trump and former Vice President Joe Biden was widely criticized for its off-the-rails nature and lack of structure.

The Commission on Presidential Debates announced changes to the debate rules ahead of Thursday's final presidential debate.

Under the new rules, President Trump and Democratic presidential nominee Joe Biden will each have two minutes of uninterrupted time to speak at the beginning of every 15-minute segment of the debate.

"The only candidate whose microphone will be open during these two-minute periods is the candidate who has the floor under the rules," the commission announced. After that, there will be time for discussion with both candidates' microphones open.

The commission says both campaigns have agreed to the two-minute, uninterrupted rule.

It's an effort to allow Trump and former Vice President Biden more equitable time to answer questions in the final presidential debate.

The decision comes after a chaotic first presidential debate that saw significant interruptions from both major party candidates, primarily from Trump.

The Sept. 29 debate, moderated by Fox News' Chris Wallace, was widely criticized for its off-the-rails nature and lack of structure.

Trump and Biden had been scheduled for a debate last week, but that was canceled because of a dispute over safety protocols (Trump had been hospitalized days after the first debate with COVID-19 and was opposed to a virtual event). The presidential rivals separately held competing town halls last week instead.

Thursday's debate comes just a week and a half before the Nov. 3 Election Day, in which Trump and Biden will compete for the Oval Office, and hundreds of congressional seats as well as nearly a dozen governors' mansion are up for grabs.

In a statement, the Trump campaign said it was "committed to debating" Biden "regardless of last minute rule changes from the biased commission in their latest attempt to provide advantage to their favored candidate."

"This was supposed to be the foreign policy debate, so the President still looks forward to forcing Biden to answer the number one relevant question of whether he's been compromised by the Communist Party of China," the campaign continued.

Earlier in the day, the campaign released a request that the debate focus on foreign policy, as opposed to the topics chosen by NBC News moderator Kristen Welker. The topics include: race, national security, leadership, America's families, COVID-19 and climate change.

"We understand that Joe Biden is desperate to avoid conversations on his own foreign policy record, especially since President Trump has secured historic peace agreements among Israel, the United Arab Emirates, and Bahrain," the campaign said.