Accessibility links
Universities Rethink Building Names In The Wake Of Racial Justice Protests Many U.S. colleges have lecture halls named after respected scientists who also promoted racial theories or practices that are now rejected. And increasingly, their names are being removed. 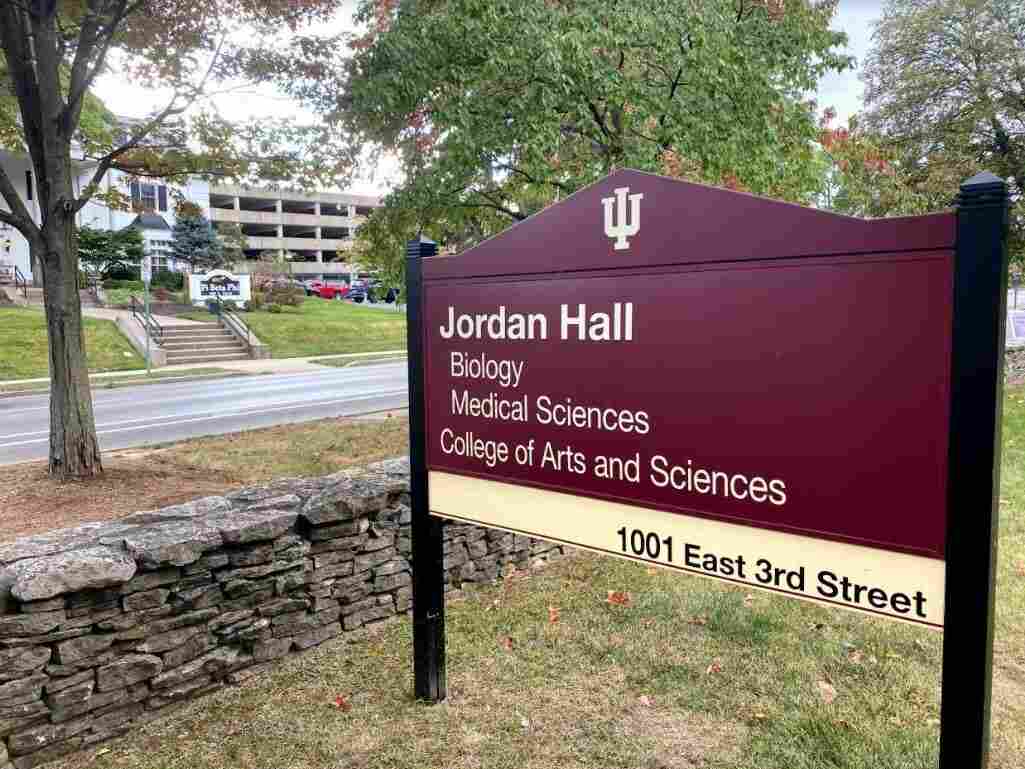 Indiana University's board of trustees voted earlier this month to strip David Starr Jordan's name from a building. Jordan was the university's seventh president and a leader of the eugenics movement. Lauren Bavis/WFYI hide caption 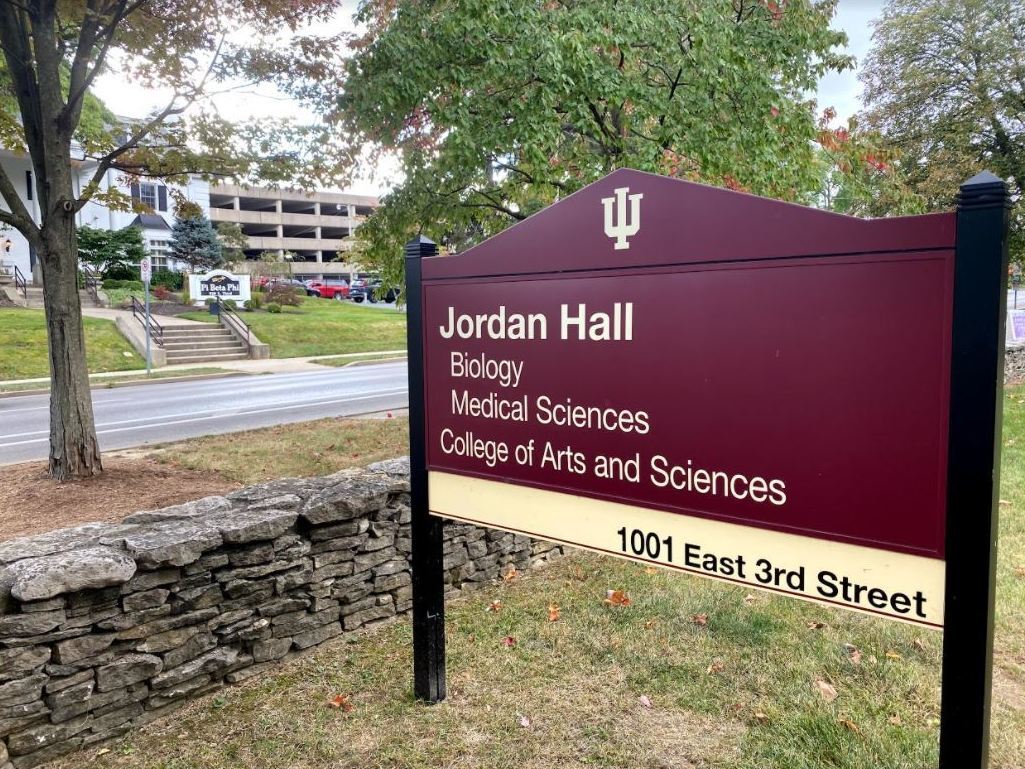 Indiana University's board of trustees voted earlier this month to strip David Starr Jordan's name from a building. Jordan was the university's seventh president and a leader of the eugenics movement.

In the early 1980s, Mary Ann Tellas was majoring in biology at Indiana University, and for the first time, she had a class taught by a Black professor.

As a young Black woman, Tellas says having a professor of her own race gave her the confidence to speak up in class and pursue a career in science. Now, she's a high school biology teacher in Indianapolis.

"I always felt as though, gosh, you know, there's nobody like me in my classes. Nobody looks like me," Tellas says. "I don't want to say it changed my life, but it did give me some perspective."

But what troubled Tellas was the name of the building her biology class was in: Jordan Hall. The large limestone building on IU's Bloomington campus is named for David Starr Jordan, the university's seventh president. Jordan is remembered for growing the university and pushing it toward research. But there's a darker side to his legacy.

"David Starr Jordan was... a leader of the eugenics movement," says University of Michigan professor Alexandra Minna Stern, who has studied the history of eugenics for 20 years. "He also was involved in some of the key organizations that put eugenics on the scientific and professional map."

Eugenics is a discredited theory that selective breeding of humans is good for society. The Nazis used eugenics to help justify the Holocaust. And eugenics led to sterilization laws in more than half of U.S. states — Indiana passed the nation's first in 1907.

Because of his role in the U.S. eugenics movement, Indiana University's board of trustees voted earlier this month to strip Jordan's name from the building where Tellas had her biology class. It was also removed from a parking garage, and the Jordan River — really a creek that runs through the university — is now called Campus River.

Emma, Carrie, Vivian: How A Family Became A Test Case For Forced Sterilizations

"It was felt by a large, by a good portion of the community that this was celebrating a person who was at the head of something that really was counter to what IU stands for," says IU spokesman Chuck Carney.

No one should feel the way Tellas did when she was studying in Jordan Hall, Carney says.

"Really when you start to think about what it means for somebody to walk into a building carrying the name of a person who is considered a leader in the eugenics movement, well, if that's something that you feel like diminishes your role on this campus, that's something that really can't stand," he adds.

And Jordan's name is being challenged elsewhere. After leaving Indiana, he became the first president of Stanford University, which followed IU's lead recently and is renaming its own Jordan Hall.

Jordan still has his supporters, who point to his positive legacy at Stanford – his accomplishments as a scientist and his 20 years at the head of the university.

"He shaped the whole future of Stanford, which is no mild accomplishment," says Diana Diamond, a journalist in Palo Alto who also worked at Stanford for a decade. "And his belief in [eugenics], to me, really pales, when you think he got the whole university going and started in the right direction."

Diamond in no way supports eugenics. But she says it's unfair to judge someone like Jordan on one belief, which was widely accepted by many prominent scientists in the early 20th century.

"And to remove his name from everything now is, to me, the biggest insult to the first president," she says. "I'm glad he's not alive to see it."

Jordan is not the only historical figure from the world of science proving problematic for universities.

The University of South Carolina is trying to get an exemption to state law that would allow it to remove J. Marion Sim's name from a residence hall. Sims developed gynecological tools and procedures through experiments on enslaved Black women in the mid-1800s.

Columbia University is renaming a dorm for medical students that was named for Samuel Bard. He was George Washington's doctor and founded the medical school. But Bard was also a slave owner, and placed a newspaper ad in 1776 offering a reward for the capture of an enslaved man.

Increasingly across the country, there are universities that are finding that the legacy of scientists and doctors they have honored is sometimes at odds with their commitments to diversity and inclusivity.