Accessibility links
Review: 'Where The Wild Ladies Are,' By Aoko Matsuda Aoko Matsuda's gently supernatural story collection — all about women who are something more than they seem — gets its unearthly feel not from jump scares, but from the quality of the writing. 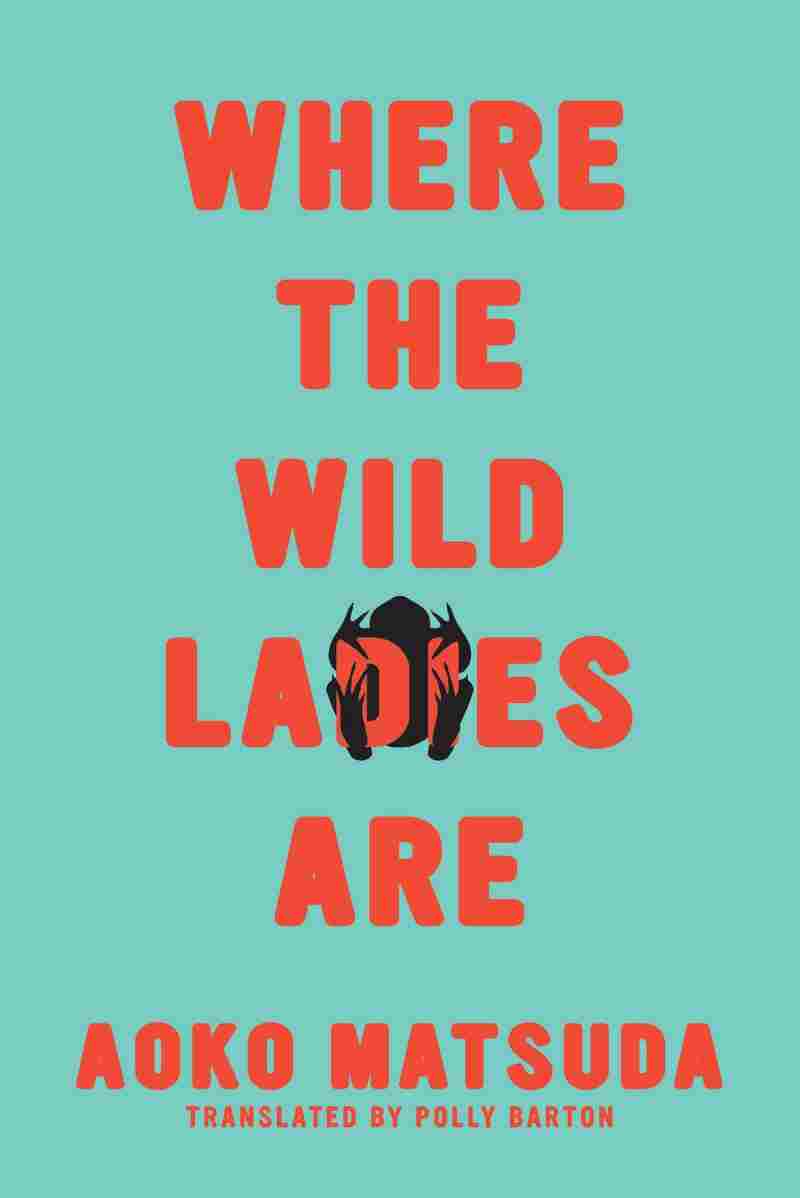 In "Smartening Up," the first story in Aoko Matsuda's collection Where the Wild Ladies Are, the narrator reflects on her dissatisfaction with the way she looks. She has too much body hair, she thinks, and that's why her boyfriend left her. In her estimation, the breakup "happened because my arms, my legs, and other parts of my body were not perfectly hairless — because I was an unkempt person who went about life as if there was nothing wrong with being hairy."

After she comes home from a hair removal clinic, she's visited by an unlikely guest: the ghost of her late aunt, who chides her for "weakening the power of your hair." The narrator is skeptical at first, but when her body becomes entirely covered with thick, dark hair, she feels liberated, finally at home: "As to the question of what kind of creature I am," she thinks, "I really couldn't care less. It doesn't bother me if I stay a nameless monster."

Like all the stories in Matsuda's book, "Smartening Up" takes odd turn after odd turn, and still manages to surprise the reader by ending up somewhere completely unexpected. Where the Wild Ladies Are is an audacious book, a collection of ghost stories that's spooky, original and defiantly feminist.

A Painful Past And Ghostly Present Converge In 'Tokyo Ueno Station'

All of the stories in Matsuda's collection are based, loosely, on traditional Japanese stories of yōkai, ghosts and monsters that figure prominently in the country's folklore. But Matsuda puts her own clever spin on them, and each of her stories feels original and contemporary.

In the title story, a young man named Shigeru finds himself at loose ends after the suicide of his mother. He's looking for work, but finds himself unequipped to search for a job while in an enervated state: "Shigeru felt barely capable of surviving a gentle wave lapping up on shore, let alone a turbulent sea. Between him and a sandcastle built by a kid with a plastic spade, Shigeru suspected he'd be the first to collapse."

But he eventually lands a gig on an assembly line at a mysterious company that manufactures incense. And then weird things start happening. When he visits his mother's grave, he's greeted with her disembodied voice singing, "I'm not in there, you hear!" Then he discovers that some of his women co-workers might not be exactly human. The story perfectly demonstrates Matsuda's gift for creating an understated, but still eerie atmosphere — the stories in her book are ghostly, to be sure, but there are no jump scares, no cheap tricks; it's Matsuda's writing that makes her fiction so unsettling and unearthly.

... the stories in her book are ghostly, to be sure, but there are no jump scares, no cheap tricks; it's Matsuda's writing that makes her fiction so unsettling and unearthly.

One of the standout stories in Where the Wild Ladies Are is "A Fox's Life," which follows Kuzuha, a girl who's something of a child prodigy. She's uncomfortable with her intelligence, though, thinking, "People resented girls and women who stood out, both in her class and in the world outside it."

So she decides not to go to college, to the horror of her teachers, instead opting for a job in administration, and a marriage to a kind, if unexceptional, man. In her middle age, she takes up mountain climbing, and after falling off a cliff, finds — just in time — that she has the ability to shapeshift into a fox: "Throughout her life, Kuzuha had always had the feeling that she was just pretending to be a regular woman," Matsuda writes.

At the end of the story, Matsuda offers a twist: Kuzuha is one of the mysterious co-workers of Shigeru, from the title story. Sensing that the young man is frustrated with a job he suspects might be dead-end, she contemplates telling him, "It's different from how you were told it would be, right? ... As women, we've grown up with that ceiling since we were tiny. There was never a time we couldn't see it." Matsuda seamlessly blends otherworldliness with a feminist message, a technique she uses in all of the book's stories.

And what remarkable stories they are. Like the subject matter of the book, Matsuda's writing, and Polly Barton's masterful translation, seems to exist on a higher plane — the author seems to see things the rest of us can't (or won't), and writes with a subtle self-assuredness mixed with a sly, unexpected sense of humor.

Where the Wild Ladies Are would make for great Halloween reading, although these aren't the same old horror stories you've encountered before — they're novel, shimmering masterworks from a writer who seems incapable of being anything less than original. Towards the end of the book, one of Matsuda's characters observes of her friends with dedicated fixations, "Somewhere inside, these people are all quietly on fire." Matsuda's book is on fire, too, but there's nothing quiet about her maverick brilliance.