Accessibility links
Trump Rails Against The 'Radical Left' In Pitch To Pennsylvania Voters The president's remarks come just two weeks before the Nov. 3 election, in which he faces a steep uphill reelection battle against Democratic rival Joe Biden. 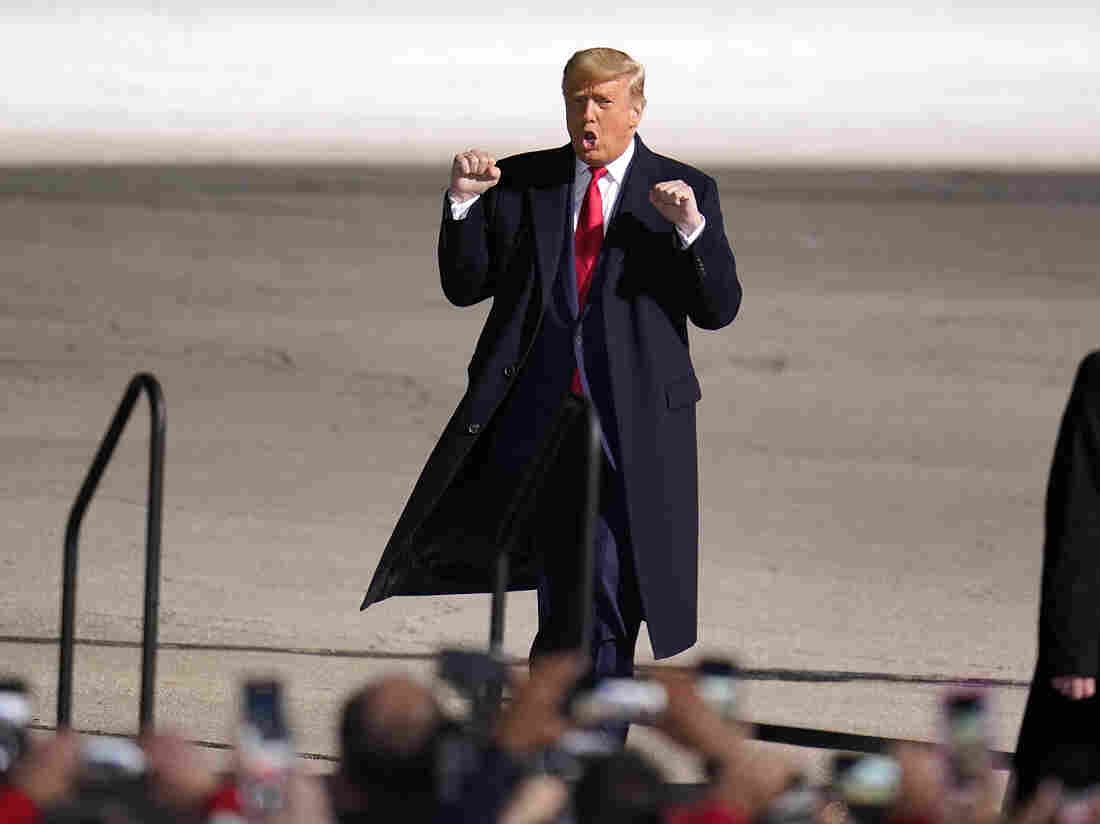 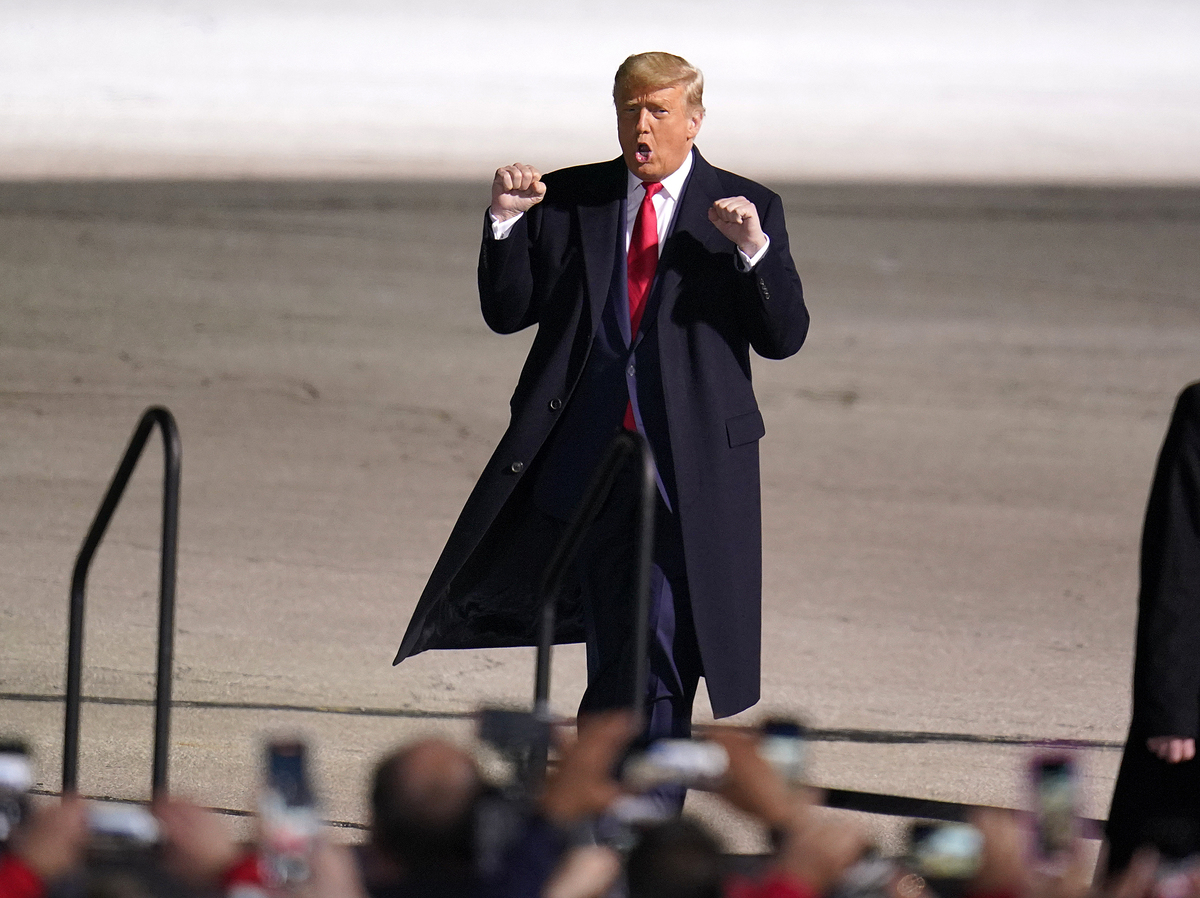 President Trump on Tuesday renewed his pitch to Pennsylvania voters, painting himself as the only candidate who can save the country from Washington corruption, the degradation of the American dream and a decimated economy.

Speaking to supporters in Erie, Pa., Trump described his Democratic rival Joe Biden as a "radical left" extremist who would destroy the state through harsh clean-energy policies and the introduction of low-income housing to suburban communities.

As part of a recent targeted pitch to suburban voters, especially women, Trump said he is "saving the suburbs."

"I'm not just running against Biden — Sleepy Joe — I'm running against the corrupt media, the big tech giants, the Washington swamp. And the Democrat Party is a part of all of them — every single one of them. They flood your communities with criminal aliens, drugs and crime, while they live behind beautiful gated compounds."

On fracking, Trump said he was issuing a "warning" to the people of Pennsylvania about Biden.

"If Biden's elected, he will wipe out your energy industry — you have a million jobs — just like he wiped out your steel industry," Trump said at the evening rally. "Only by voting for me can you save your fracking. And Pennsylvania, we are going to have a great time because you are going to reject the radical left," he said.

Biden has said he would not ban fracking. (You can read more about each candidate's plans on the environment here.)

Pennsylvania is a state that Trump narrowly captured in the 2016 election, but he trails Biden in the key battleground according to recent opinion polls.

"If you want depression, doom, and despair, vote for Sleepy Joe Biden," Trump said on Tuesday.

The president's remarks come just two weeks before the Nov. 3 general election, where he hopes to retain the White House for Republicans and gain strategic majorities in Congress.

However, amid the ongoing coronavirus pandemic that has killed some 220,000 Americans and a national economy that has struggled to overcome the virus, Trump's already weak popularity has faltered. Recent opinion polling shows Biden with a strong lead over the incumbent Trump.

President Obama will campaign on Biden's behalf in Pennsylvania on Wednesday.