Accessibility links
Lil Baby On Songwriting, Criminal Justice And 'The Bigger Picture' The 25-year-old trap titan discusses his songwriting process, his experience in the criminal justice system and why, even as one of the biggest rappers alive, he doesn't believe he's made it just yet. 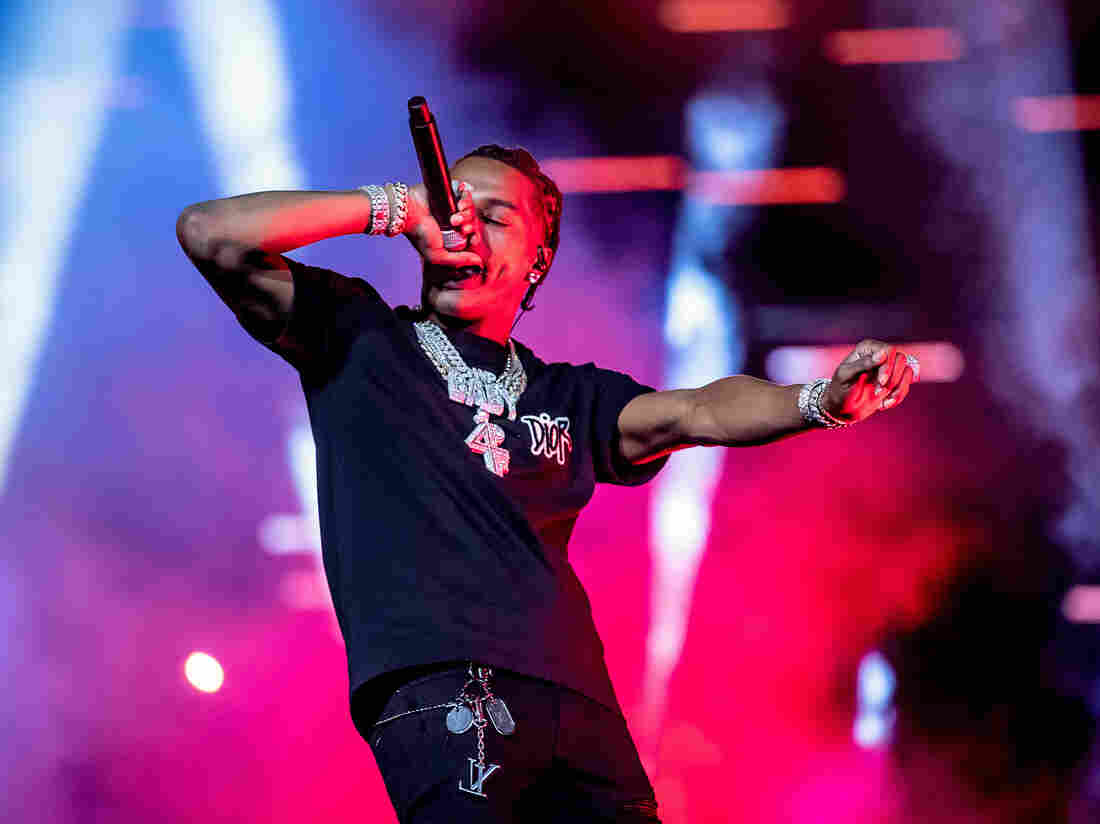 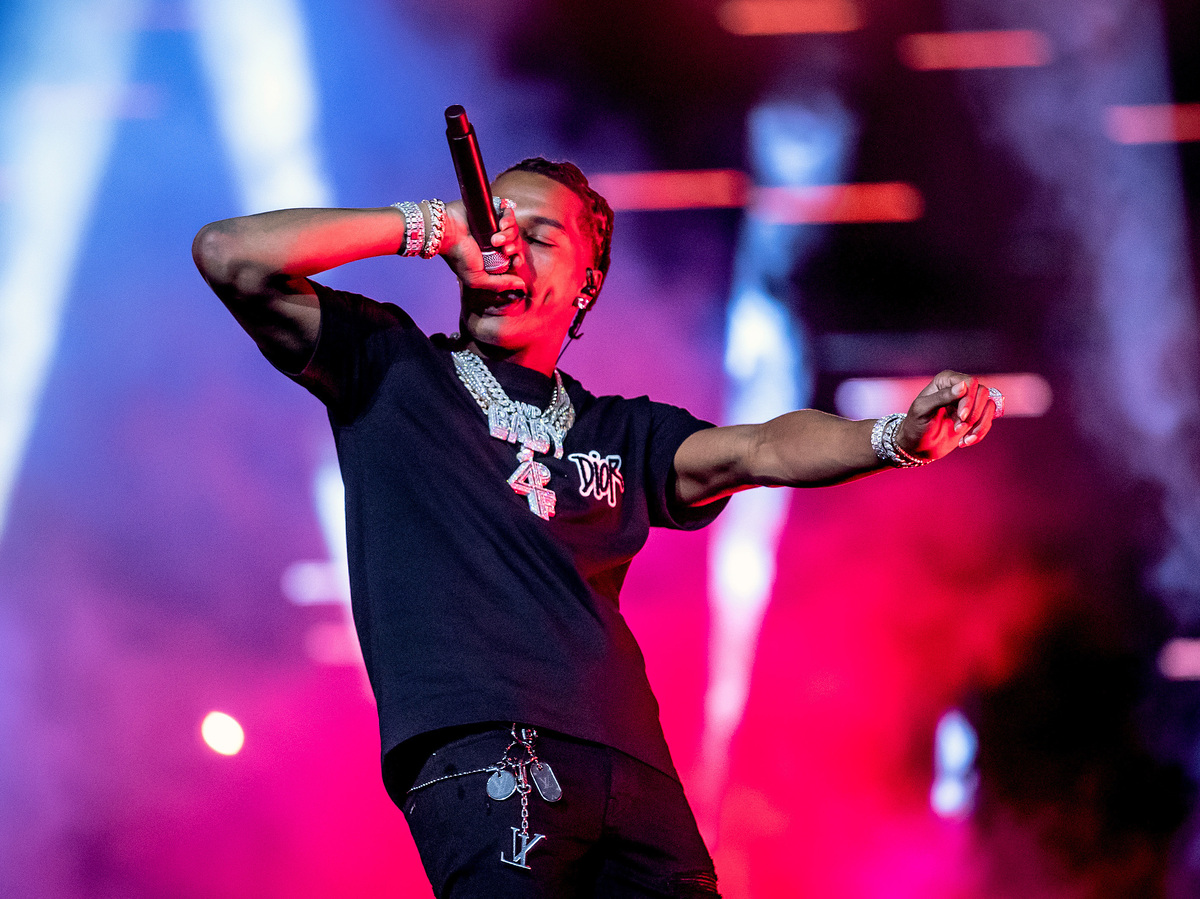 Lil Baby performs a livestreamed concert on Sept. 2, 2020, as part of the Red Rocks Unpaused festival in Colorado.

At only 25, trap star Lil Baby is one of the most popular musicians alive. His most recent album, My Turn, spent weeks at No. 1, and over the past few years he's had four dozen songs chart on the Billboard Hot 100, putting him in a dead heat with Paul McCartney and Prince.

Only four years ago, the rapper — born Dominique Jones — had no professional music experience. He grew up poor, with a single mom; he sold drugs as a teenager, in part to help her pay the bills. When that life caught up with him, he spent stints in jail and was eventually sentenced to prison at 19, serving two years on weapons and drug charges. The experience is one reason he's come to think of the current criminal justice system as deeply unjust.

"Prison is just sitting you in a room somewhere. What does that do to better you for society? What does that do to help you change?" the artist says, "To me, jail makes you worse.... You don't have a leash on your neck, but you got handcuffs on your wrists. You're not in a dog cage but you're in a human cage, which is not too much bigger than a dog cage. You live where you use the bathroom at. They feed you when they want to feed you. You eat when they tell you to eat. It's almost like being a dog."

At the same time, Lil Baby says anyone who met him in his youth could tell he loved music, and loved words — so much so before he started rapping for himself, that he'd often memorize other people's songs and then rewrite the lyrics from his own perspective.

"I used to dissect music — like, I used to know every song word for word. That was like one of my goals, to just know this song from front to back," he says. "I wouldn't really make a rap, but I just liked music so much that I start putting it into my life — I'd take someone else's song and make it for me."

This summer, as Black Lives Matter protests surged across the country, a wave of protest music followed. Lil Baby's track "The Bigger Picture," which draws on his experience with police and criminal justice, became a new anthem of the movement.

"I'm definitely proud of it, 'cause it's like it's working in a good way for me and for my people," he says. "And it let me know that my mind state is not all the way wrong — the way I feel and the way I'm thinking."

Lil Baby spoke with NPR's Noel King about his songwriting process, the origins of his career and why, despite all his success, he doesn't believe he's made it just yet. Hear more of their conversation at the audio link.