Accessibility links
Review: 'Ring Shout,' By P. Djèlí Clark P. Djèlí Clark's new novella is set in an alternate Jim Crow America where the Ku Klux Klan contains actual pointy-headed white demons, and The Birth Of a Nation is not just a film but an incantation. 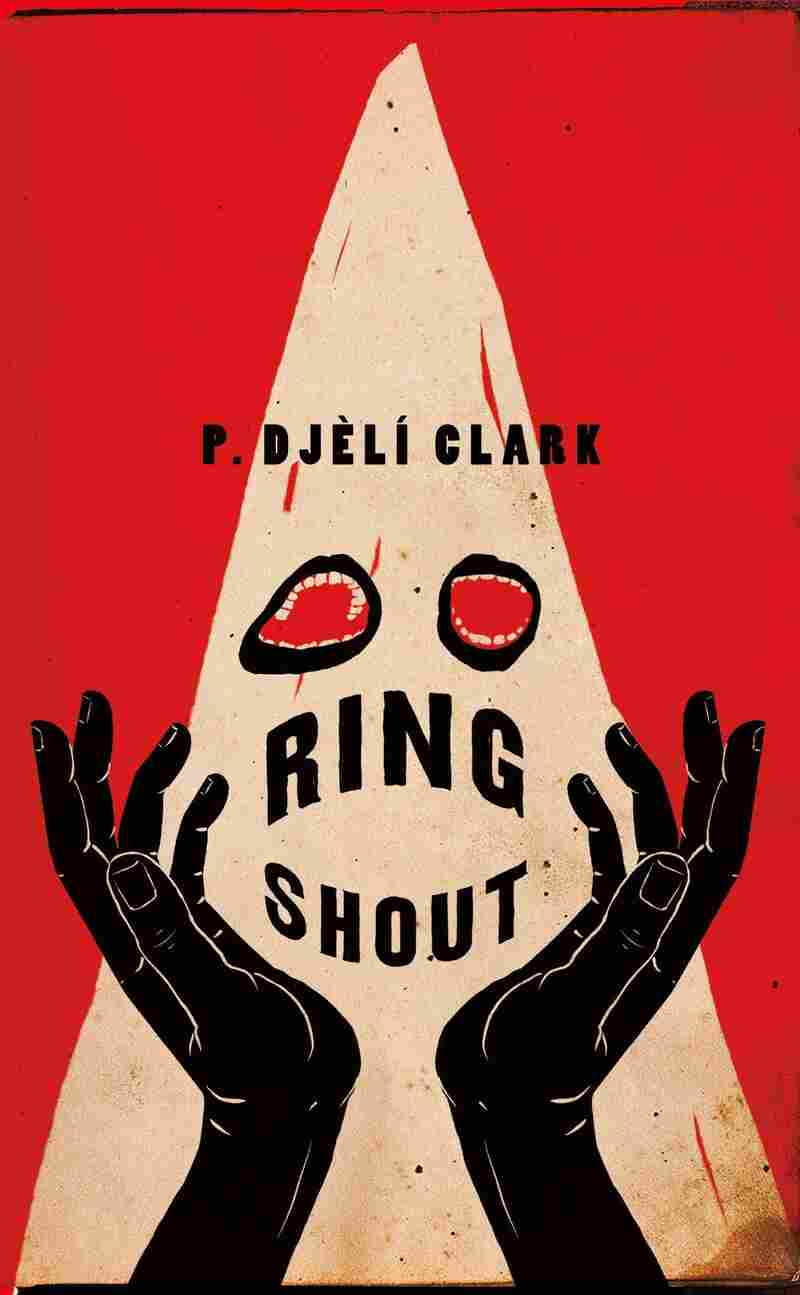 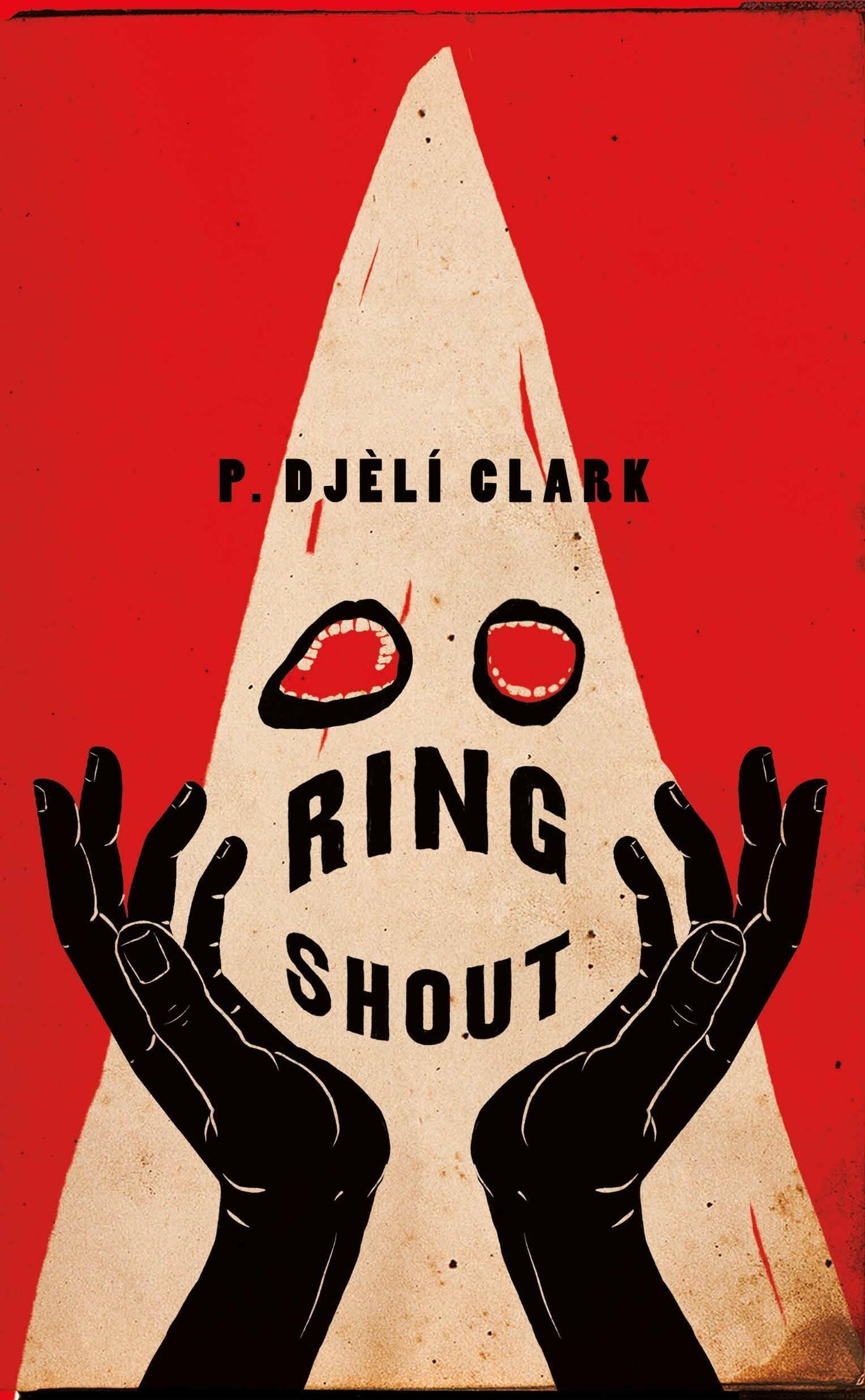 P. Djèlí Clark is no stranger to the novella, and Ring Shout, a demonic horror twist on the Jim Crow South, is the newest addition to his collection.

In Ring Shout, Clark gives us a world where the release of The Birth of a Nation in 1915 was a ritual performed by white men to summon demons — and not just any demons. Ku Kluxes are pale, pointy-headed entities existing alongside human members of the Klan, terrorizing Black folk and intentionally feeding the Klan's racist hatred. As the story starts, there are only days until Macon, Georgia is the center of another, larger ritual centered on a screening of the movie.

We learn of the Ku Kluxes and their monstrous nature through the eyes of Maryse, a sword-wielding monster hunter. That sword came to her after a traumatic childhood incident, one that unfolds before us as we come to understand her world and why her anger towards the Ku Kluxes is so deservedly personal.

Maryse's existence as a monster hunter is complicated by the aid of entities only known as the Aunties. They take the form of the classic Black Auntie, but recall the Fates of ancient mythology, and possibly pose an unknown threat — Maryse is aware they may come from the same place (space? Reality?) as the Ku Kluxes, but accepts their help regardless.

It was refreshing to see Maryse's hatred and anger not wholly dismissed by the narrative. Clark acknowledges hate on all sides of this battle for survival, but as we learn about Maryse, the rest of the cast, the Ku Kluxes and the white, human Klan members, we learn about different kinds of hate, with different roots. Whether or not you agree with the ending (there are multiple ways of understanding Clark's themes), one thing is clear about Maryse: What she does with these feelings is more important than trying to pretend she is somehow above the emotion. And that hatred and anger is key to the story; the demons' self-proclaimed "Management," Butcher Clyde (a visually nightmarish creature whose perspective on torment may best be described as "I don't see color" meets Hellraiser), is more delighted by Maryse's presence than you might think.

Maryse is accompanied by an incredibly lively cast given the limited space a novella allows. There's loud, exuberant rifle woman Sadie, watching Maryse's back. There's Chef, the lovely butch lesbian and former Harlem Hellfighter back from the war, who handles the trio's explosives. And while Maryse has the Aunties to speak to in the dream space, much of her real-world knowledge and sense comes to her through Nana Jean, the Gullah woman at the center of the demon-hunting effort in Macon. Her home serves as the headquarters for more than just Maryse's trio; Nana (and "Uncle Will") lead the titular ring shouts. (Shouts are the chants and ritual behind Mama's Water, the combination liquor and root magic supporting much of the monster hunt, both mystically and magically.)

Clark's craft and thoughtfulness are best seen in his use of history. Ring Shout navigates the thorny waters of using real events, as we've recently seen in TV shows like Watchmen and Lovecraft Country. When dealing with the history of the marginalized and oppressed, you must ask whether adding the supernatural absolves those responsible for atrocities — "Oh, the devil and magic are to blame for cruelty and violence and racism" is often an unintended message, at best tasteless, and at worse actively harmful. Clark doesn't do that; Ring Shout has demonic Ku Kluxes and human Klansmen. When they sit down at the same table, the sign above it reads "WHITES ONLY."

The only thing Clark does better than dialogue in here is the body horror, with images and beasts Guillermo del Toro would fall all over himself to help create on screen.

Perhaps he avoids absolution because Ring Shout doesn't cater to a non-Black audience, let alone a white one. An obvious example is Nana Jean's untranslated, unmediated Gullah talk, but more interesting to me is Sadie. She is that conspiracy-minded black cousin, a character you grow to love despite (because of?) the familiarity of her wild-eyed theories. It's not that Sadie doesn't care about making white folk and milder-minded Black folk uncomfortable. She loudly revels in it, as shown in a recurring conversation she has with Maryse and Chef about the n-word. With Sadie in a room, the conversation can't possibly be for mixed (race) company, even when it is (there is a Jewish socialist character from Germany fighting alongside these women, leading to several conversations about politics and economics during what passes as down time).

I finished my first reading of Ring Shout easily, in a single sitting; once the story picks up, it keeps hitting hard, climbing — no soaring — to a cinematic finish, with character beats that hit beautifully. Ring Shout's women have lush and unique backgrounds, coming from such different parts of America, and especially the South, that even without dialogue tags I'd never confuse one for another. Butcher Clyde is terrifying, the Aunties enigmatic. The only thing Clark does better than dialogue in here is the body horror, with images and beasts Guillermo del Toro would fall all over himself to help create on screen.

Still, Clark's deft skill with the novella makes the moments where his pacing falters feel bigger than they are. There were multiple beats where his desire to set up the historical context conflicted with the flow of the story, where, looking back, it was clear a section was half the length I'd recalled it being. He has a tendency to info-dump in places, and while the history is interesting, I question how much was needed for the reader to understand the story, versus how much Clark needed to write it. What would Clark have had space for if he hadn't allowances for my ignorance of my own history, just as he made no allowances for non-Black audiences?

In the end, however, Ring Shout's history is deeply tied into the emotional through-line, in Maryse looking to save herself, her found family, and her lover — even if I now have a list of events to read up on afterwards.