Accessibility links
What Time Is The Final Biden-Trump Presidential Debate? The debate likely marks President Trump's last chance to reach a massive audience as he trails Joe Biden in polls nationally and in key states. 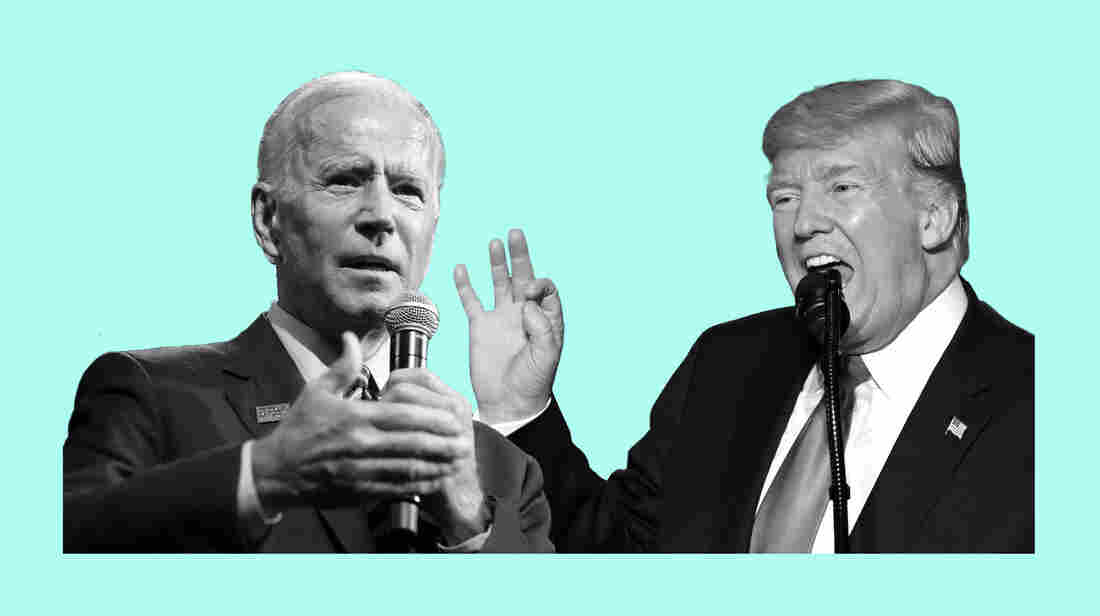 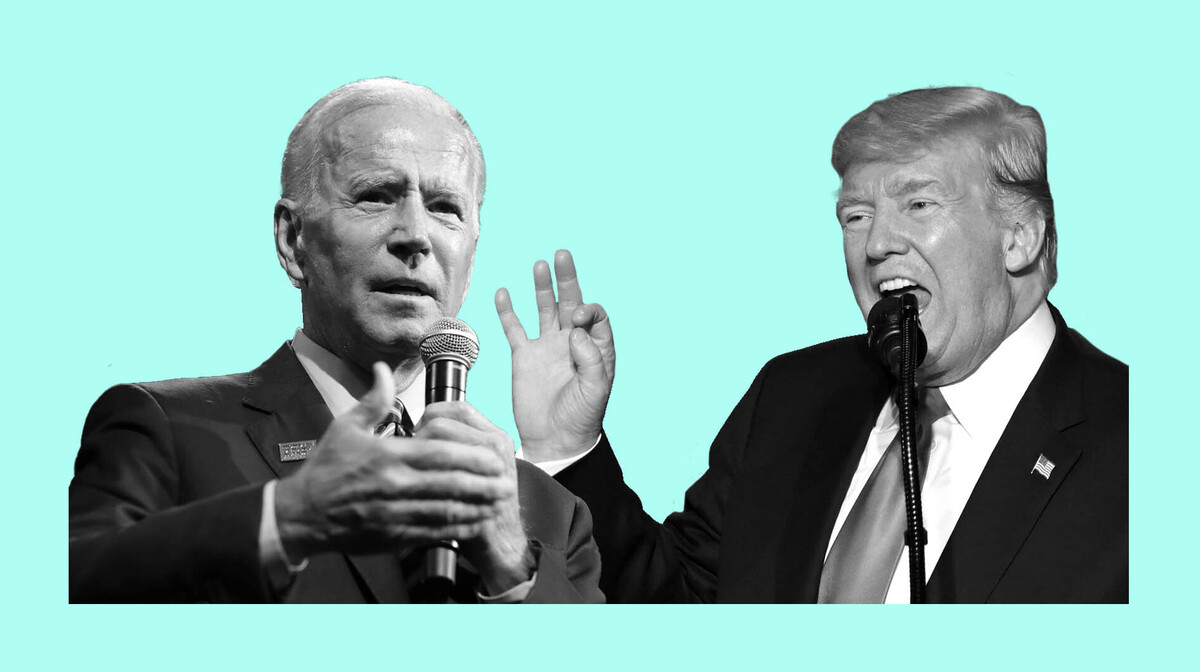 Democratic presidential nominee Joe Biden and President Trump will have their final debate on Thursday.

With less than two weeks until voting concludes, President Trump and Democratic presidential nominee Joe Biden will face off for the final time in a debate on Thursday, likely marking Trump's last chance to reach a massive audience as he trails Biden in polls nationally and in key states.

They will share the stage three weeks after their first debate, which was headlined by Trump's near-constant interrupting of both his opponent and the moderator, a tactic that appeared to have hurt him in subsequent polling.

The nonpartisan Commission on Presidential Debates acknowledged the chaos and pledged to add "additional structure" to the format of the remaining debates to avoid a repeat performance.

5 Questions Ahead Of The Last Trump-Biden Presidential Debate

On Monday evening, the commission announced the muting of microphones to start each of Thursday's debate segments.

Under the new rules, Biden and Trump will each have two minutes of uninterrupted time at the beginning of each 15-minute segment. Afterward, they can discuss issues with each other with both microphones open.

The Trump campaign has said without evidence that debate organizers are biased in favor of Biden. Still, in a statement following the new rule change, Trump campaign manager Bill Stepien said: "President Trump is committed to debating Joe Biden regardless of last minute rule changes from the biased commission in their latest attempt to provide advantage to their favored candidate."

Since the two candidates first squared off on Sept. 29, the president tested positive for the coronavirus, was hospitalized at Walter Reed National Military Medical Center for COVID-19 treatment and resumed in-person campaigning once given the all-clear from his medical team.

The two were set to meet again in a town hall-style debate last week, but Trump balked when the debate commission opted to make the event virtual, given the president's recent COVID-19 diagnosis. The debate was then canceled.

Instead, both candidates participated in dueling broadcast town halls on the night the debate was originally scheduled. When the two meet again in person on Thursday, they will be separated by two plexiglass barriers.

Thursday's final debate offers an opportunity for Trump to pick up some momentum in front of a large audience as he trails behind Biden in polls.

The former vice president is also ahead by several percentage points in crucial states such as Pennsylvania, Michigan and Wisconsin, according to RealClearPolitics polling averages — with smaller margins in places like Florida and North Carolina.

But despite the leads in survey snapshots, the Biden campaign is urging supporters not to get complacent. In a memo Saturday, Biden campaign manager Jen O'Malley Dillon warned, "Donald Trump can still win this race."

"The reality is that this race is far closer than some of the punditry we're seeing on Twitter and on TV would suggest," she wrote. "In the key battleground states where this election will be decided, we remain neck and neck with Donald Trump."

Trump also faces a financial challenge. Despite starting his reelection campaign with a large cash advantage, he's being outspent by Biden on TV ads in six key states.

The Biden campaign announced last week that along with allied Democratic groups, it raised $383 million in September alone — about $135 million more than the Trump campaign and Republican affiliates collected last month.

As of Tuesday evening, nearly 36 million people had already voted in this election, according to the U.S. Elections Project.

Here are the details for the final presidential debate:

Where? Belmont University in Nashville, Tenn.

Trump is sticking to his habit of criticizing the moderator ahead of a debate.

"[Welker's] been screaming questions at me for a long time. She's no good," Trump said during a Monday rally in Prescott, Ariz.

But Trump senior adviser Jason Miller told Fox News' Martha MacCallum in early October that he has a "very high opinion" of Welker and that "she's a journalist who's very fair in her approach."

What's the format? The debate will be divided into six 15-minute segments. Each candidate will have two minutes of uninterrupted time at the beginning of each segment.

What are the topics? Welker released the tentative topics a week ahead of the debate. Not necessarily in this order, these are the topics:

Stepien, Trump's campaign manager, sent the debate commission a letter on Monday slamming it for not including a section on foreign policy, which the campaign sees as a weak point for Biden. (Before he was vice president, Biden chaired the Senate Foreign Relations Committee.) Stepien asked the commission to "rethink and reissue a set of topics" for the debate, with an emphasis on foreign policy.