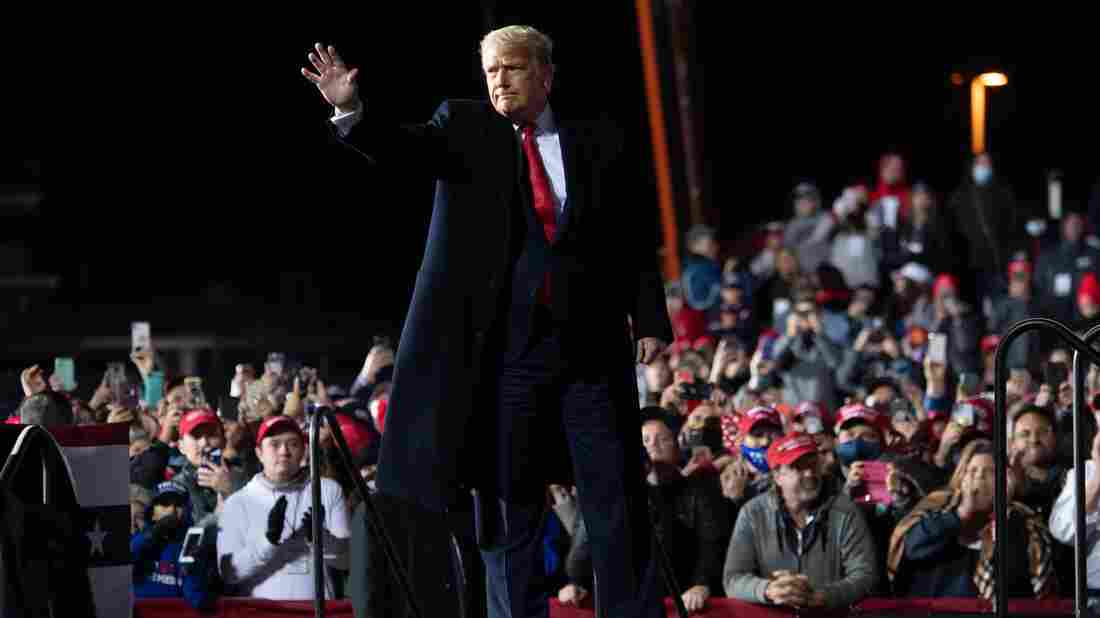 President Trump waves at the end of a rally at Erie International Airport in Erie, Pa., on Tuesday evening. Saul Loeb/AFP via Getty Images hide caption 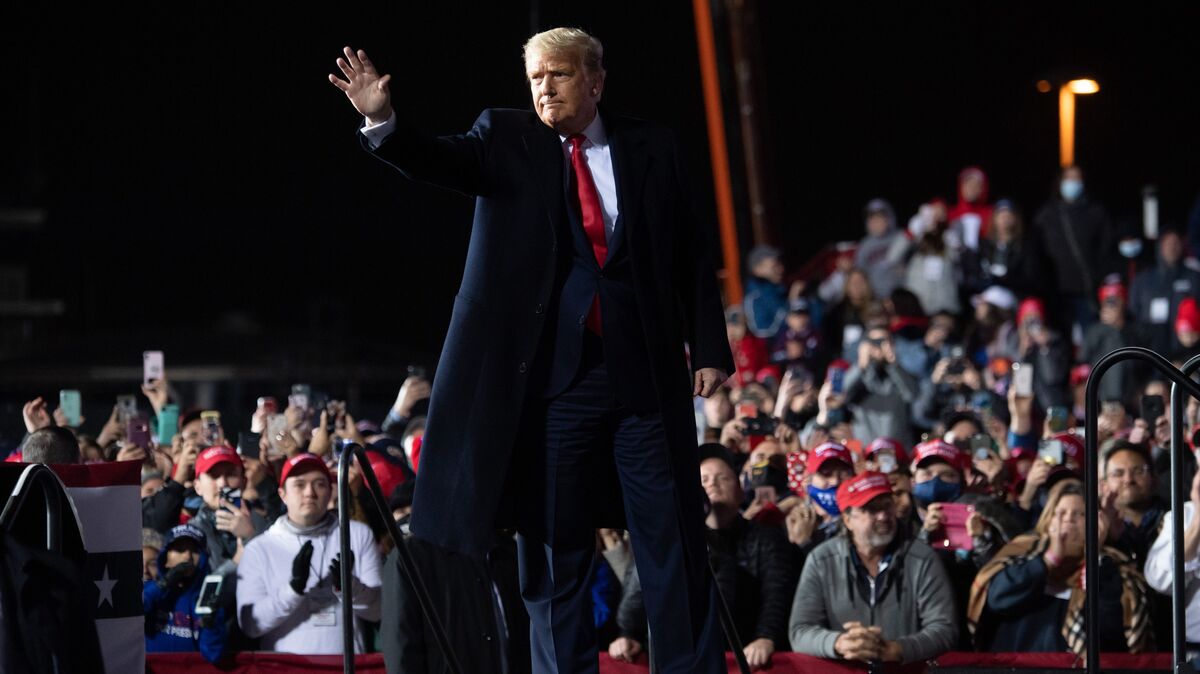 President Trump waves at the end of a rally at Erie International Airport in Erie, Pa., on Tuesday evening.

The president's campaign committee finished September with $63.1 million in its coffers, compared with the Biden team's $177.3 million cash on hand, according to new filings with the Federal Election Commission late Tuesday evening.

Democrats were quick to delight in Trump's lagging figures, touting their cash on hand numbers in Tuesday night tweets.

It's a severe reversal for Trump, who began his reelection campaign with a large cash advantage.

The Biden campaign announced last week that along with allied Democratic groups, it raised a record-setting $383 million in September alone — about $135 million more than the Trump campaign and Republican affiliates collected last month.

Meanwhile, the Biden campaign announced that along with the Democratic National Committee and affiliated groups, the campaign had $432 million in the bank.

A candidate's own campaign committee has the most flexibility with regard to spending.

Trump's campaign has been outspent on television ads in recent weeks, as Biden has dominated the airwaves, particularly in Pennsylvania, Michigan and Wisconsin — three critical swing states.

This week alone, Biden's campaign is set to spend more than double what Trump's team is spending on television ads, according to the tracking firm Ad Analytics. Biden is also on the air in more states and is spending big on national ads airing during major sporting events, including Tuesday night's Game 1 of the World Series. This continues a pattern from recent weeks.

Trump campaign officials insist they have enough "air cover" and are making up for it with online advertising.

But Trump is also currently being outspent on Facebook and Google. And, according to the Democratic-affiliated tracking firm Bully Pulpit Interactive, an unusually large share of Trump's online ad spending is aimed at raising small-dollar donations from outside of the swing states that will decide the election.

"That's because they desperately need money," said Benjamin Clark, a founding partner at Bully Pulpit, who added it's "a troubling sign for the president."

Defending himself against Biden's major fundraising advantage, Trump told a crowd in Erie, Pa., on Tuesday that he could be the "king of all fundraisers" if he wanted.

"I would be the greatest that ever lived," Trump said. "All they have to do is give me a list of the top hundred companies, I'll call the president of every one. They will pay me whatever I want. I would set every record. The problem is, I'd owe them."