Accessibility links
Songhoy Blues' New Album Is Full Of Protest Songs, But They're Also Hopeful : World Cafe : World Cafe Words and Music from WXPN The North African band performs songs from its third album, Optimisme, a collection of songs focusing on life in their native country of Mali.

Songhoy Blues' New Album Is Full Of Protest Songs, But They're Also Hopeful 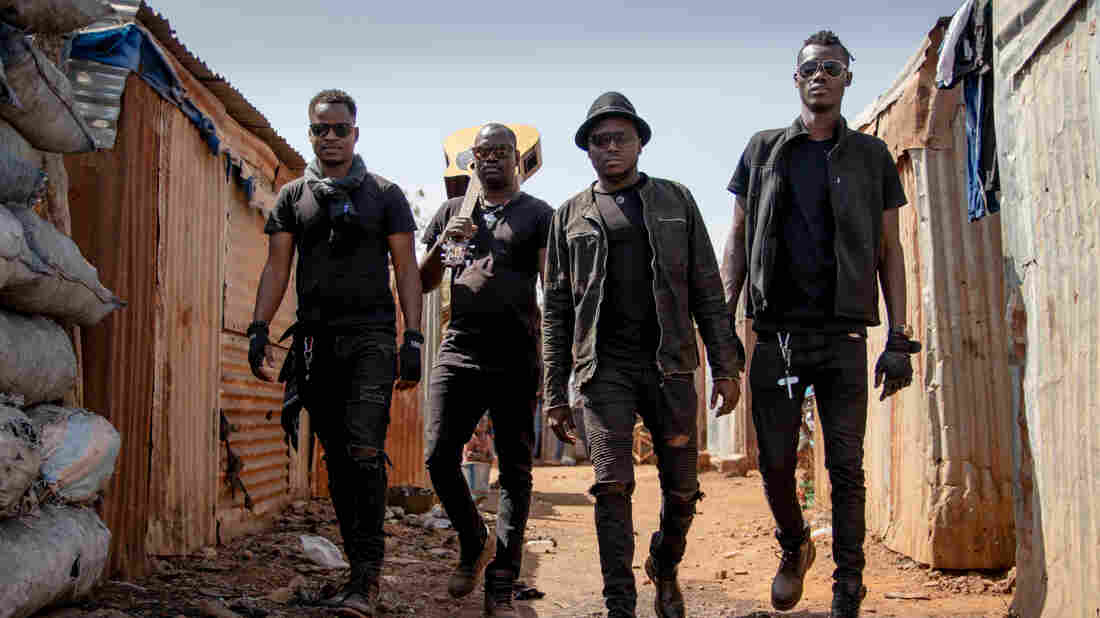 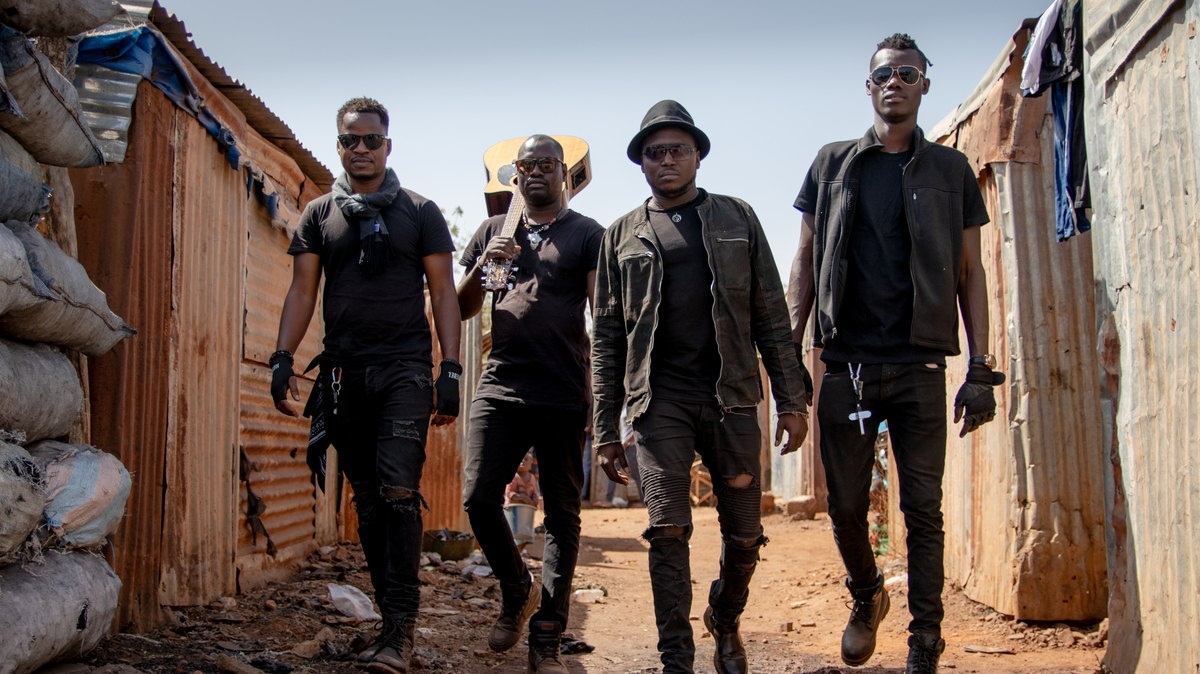 Kiss Diouara/Courtesy of the artist

The members of Songhoy Blues are just as much influenced by hard rock as they are North African desert blues. Their new album comes out Friday, but you get to hear some of its songs today.

A few weeks ago, I spoke with Aliou Touré, lead singer of Songhoy Blues, while he was at home in Mali. He is originally from the city of Gao, in northern Mali, but fled south after Islamist militants and rebels took over parts of the north in 2012, causing a massive political crisis and banning music. Touré met his three bandmates (two of whom had also escaped crisis in the north) in Mali's capital city of Bamako. Despite the difficult circumstance of their formation, they've broken out over the last eight years, gaining admirers like Damon Albarn of Gorillaz and playing massive festivals all over the world. Their third album is called Optimisme, and it's a collection of songs focusing on life in their native country. These are protest songs, but they are also hopeful, thus the title.

The band shared live performances of the new music recorded in Bamako, not too far away from Touré's house. They start with "Barre," which means "change" in the Songhai language.