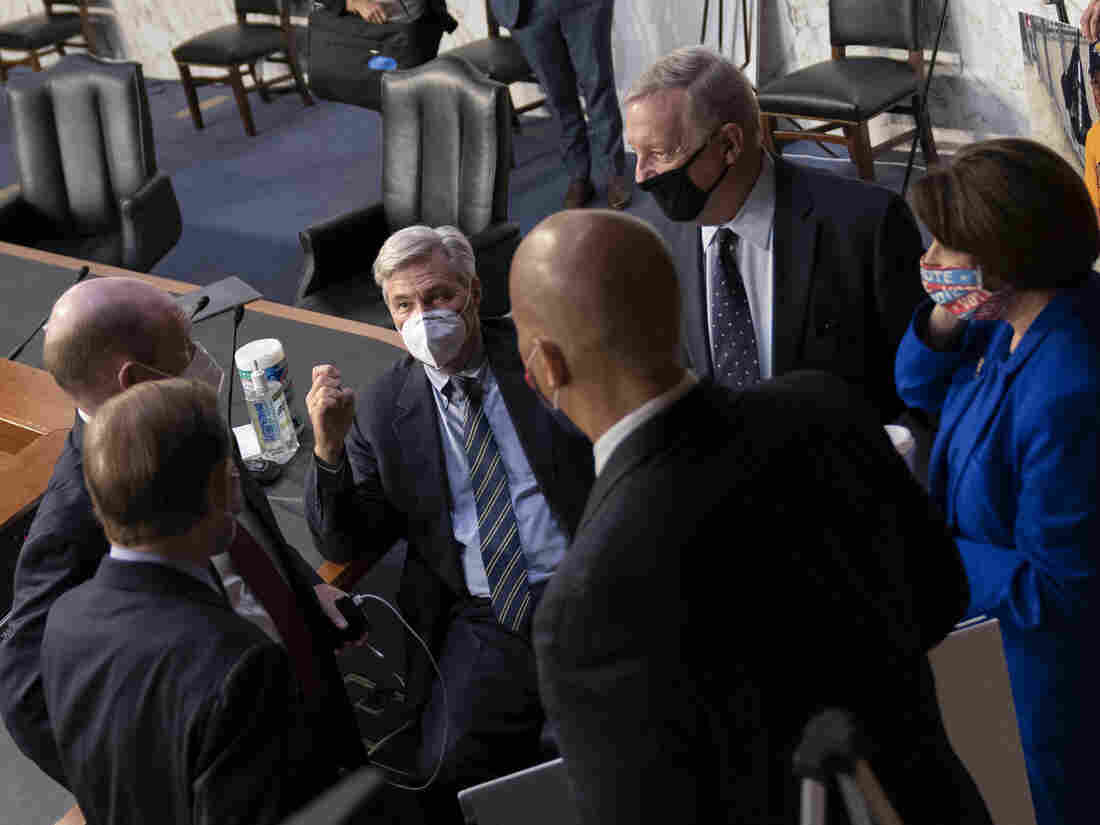 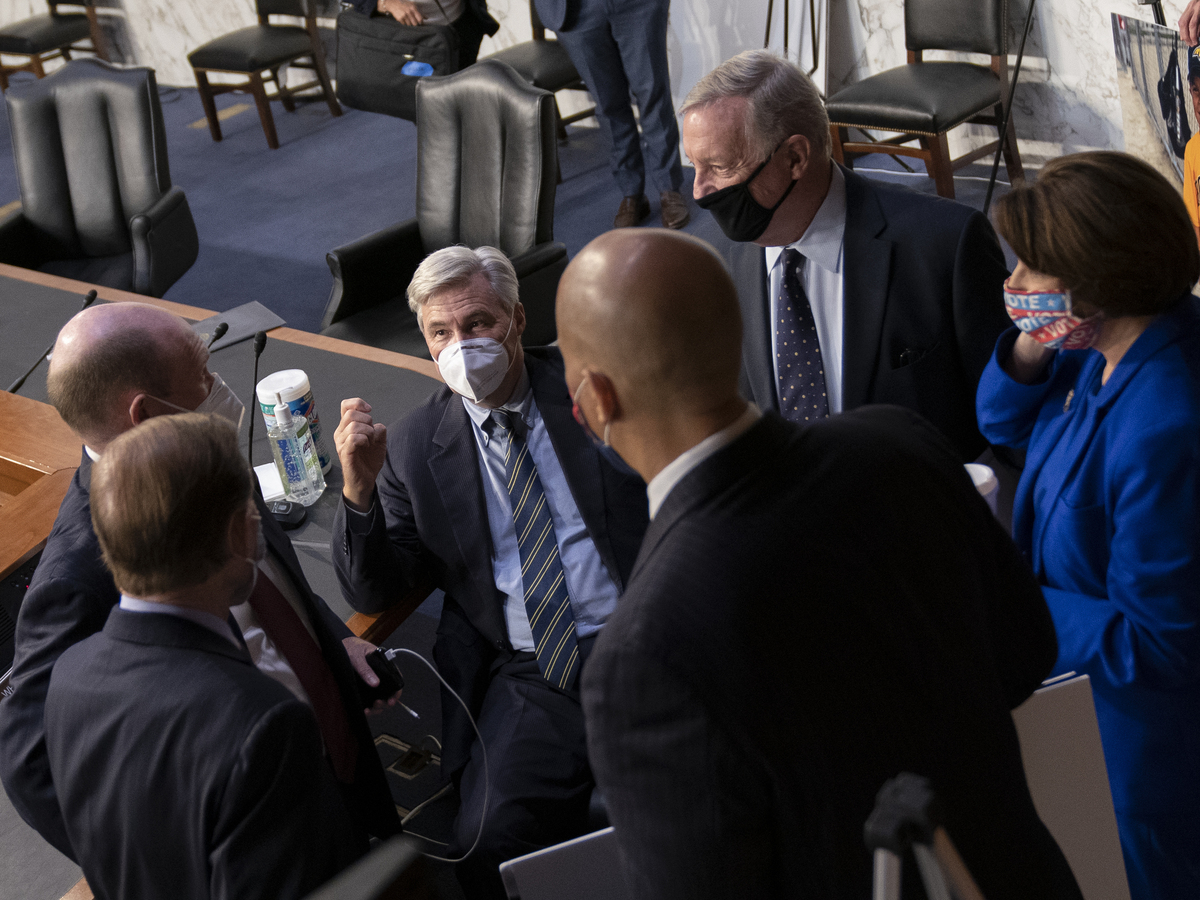 Senate Democrats speak Oct. 12 after a confirmation hearing for Supreme Court nominee Amy Coney Barrett before the Senate Judiciary Committee. They have announced they will boycott Thursday's scheduled committee vote on Barrett.

Senate Democrats say they plan to boycott Thursday's scheduled vote on the nomination of Judge Amy Coney Barrett to the Supreme Court.

"Throughout the hearings last week, committee Democrats demonstrated the damage a Justice Barrett would do – to health care, reproductive freedoms, the ability to vote, and other core rights that Americans cherish," Senate Minority Leader Chuck Schumer and Democrats on the Senate Judiciary Committee said in a statement announcing their boycott. "We will not grant this process any further legitimacy by participating in a committee markup of this nomination just twelve days before the culmination of an election that is already underway."

Judiciary Committee Chairman Lindsey Graham rejected the Democratic assertion that at least two minority members were needed to proceed with the nomination.

"I will move forward," he said Wednesday evening. "She deserves a vote."

In a subsequent statement, Graham called the Democratic decision to boycott the vote "a choice they are making. I believe it does a disservice to Judge Barrett who deserves a vote, up or down."

In his statement, he added: "The nomination process took a dark turn in 2013 when the Democrats changed the rules of the Senate for District and Circuit court nominees requiring a simple majority vote. My Democratic colleagues chose to engage in a partisan filibuster of Justice [Neil] Gorsuch for the first time in U.S. history requiring the changing of the rules regarding Supreme Court nominations."

When asked about Graham's remarks, Schumer replied: "We're not giving the quorum they need to provide it. The rules require it."

Senate Majority Leader Mitch McConnell has indicated he is planning a full Senate vote on the nomination on Monday.

The maneuver would ensure that Barrett could be sworn in before the Nov. 3 election and that she could participate in election questions that are already pending before the Supreme Court.

President Trump has said he wanted Barrett confirmed before the election so she could be there to rule on cases that might arise in the aftermath of the election. Barrett, for her part, refused at her confirmation hearings to say whether she would recuse herself in light of Trump's statements. But it is unlikely that she would do so. Nothing in the judicial ethics rules would appear to require such a recusal unless it presents the appearance of impropriety.

Questions of recusal are ultimately decided by each justice for himself or herself, and at the Supreme Court, recusal can sometimes result in a tie vote. Should that happen, the lower court decision in the case stands.

The Democrats' boycott comes at a time that the progressive wing of the party is leaning on the Democratic Senate leadership to do more to call attention to what is widely viewed on the Democratic side of the aisle as an "outrageous" power play to get Barrett confirmed in record time for a nominee in modern times.

Barrett's confirmation hearings began just 16 days after her nomination. In contrast, the average time between nomination and hearings for each of the current justices on the Supreme Court was 56 days.

The result of the rushed confirmation process has been little time to explore Barrett's record, both on and off the bench. Indeed, this week The Associated Press published a long investigative piece disclosing that "Barrett served for nearly three years on the board of private Christian schools that effectively barred admission to children of same-sex parents." But the article was published too late for senators to ask questions of Barrett at her confirmation hearings.