Accessibility links
Lost Painting By Modernist Master Jacob Lawrence Found In Private Collection A visitor to the Metropolitan Museum Of Art in New York — where Lawrence's series, Struggle, is currently on view — helped identify a missing painting by the Modernist master. 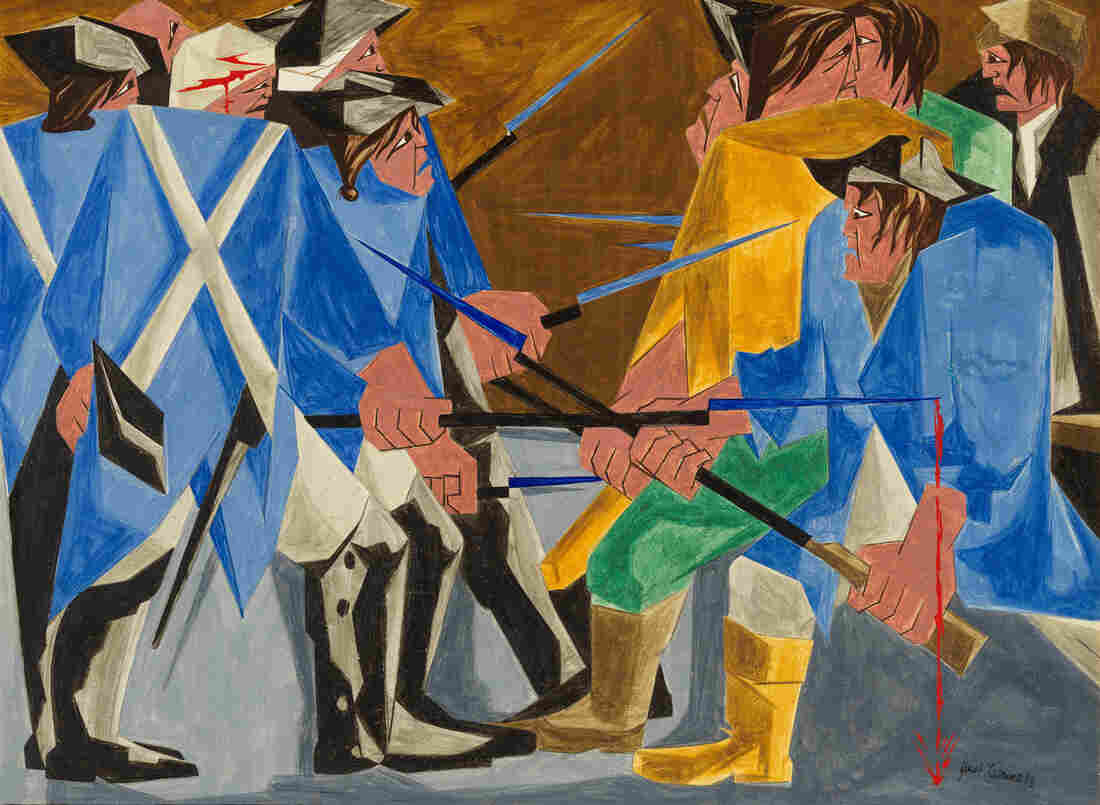 The formerly missing panel is titled, There are combustibles in every State, which a spark might set fire to. --Washington, 26 December 1786, Panel 16, 1956. Anna-Marie Kellen/The Metropolitan Museum of Art hide caption 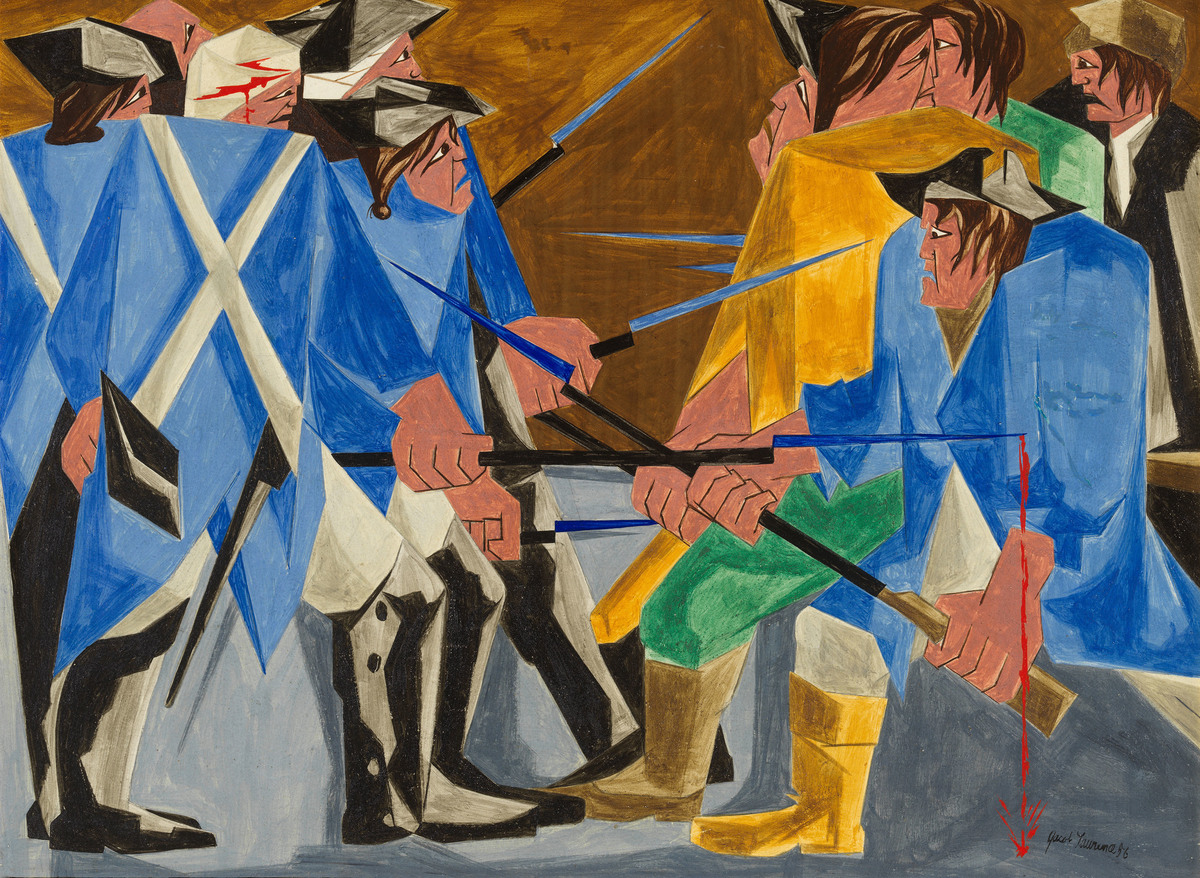 The formerly missing panel is titled, There are combustibles in every State, which a spark might set fire to. --Washington, 26 December 1786, Panel 16, 1956.

One of America's most renowned Modernist painters, Jacob Lawrence, is best known for his powerfully empathic The Migration Series, which chronicled the mass movement of African Americans from the rural South to industrial cities.

But that 60-panel series (which Lawrence started painting in 1940), is hardly alone among the artist's epic works. He created Struggle: From the History of the American People fifteen years later to showcase, in the words of the artist, "the struggles of a people to create a nation and their attempt to build a democracy."

Struggle was similarly conceived as a 60 panel series but Lawrence finished only thirty of the paintings. Over the years, five of them have been lost. One hadn't been seen publicly since 1960.

Painting The 'Epic Drama' Of The Great Migration: The Work Of Jacob Lawrence

In late August, the Metropolitan Museum of Art opened a new show, originally organized by the Peabody Essex Museum in Salem, Mass. Jacob Lawrence: The American Struggle brought together as many of the series' panels as curators could locate. A recent visitor to the Met realized that neighbors might own one of the missing panels, and encouraged the owners, who had bought the piece at a charity auction 60 years ago, to get in touch with the museum. The Met authenticated the work and announced the missing panel will join the show, which will remain at the museum until November 1.

"It is rare to make a discovery of this significance in modern art, and it is thrilling that a local visitor is responsible," says Max Hollein, the Met's director, in a press release.

The missing panel is titled There are combustibles in every State, which a spark might set fire to. —Washington, 26 December 1786. It depicts Shays' Rebellion, a Massachussetts uprising was led by Revolutionary War veteran Daniel Shays against heavy taxation and political corruption.

"Lawrence's dynamic treatment of the 1786–87 Shays' Rebellion reinforces the overall theme of the series," Met curators Randall Griffey and Sylvia Yount say in the release. "That democratic change is possible only through the actions of engaged citizens, an argument as timely today as it was when the artist produced his radical paintings in the mid-1950s."

The curators added they had hoped that missing panels would surface in New York City — the place where Lawrence spent most of his life, and where the intact series Struggle was last exhibited publicly.

The series is scheduled to tour to museums in Birmingham, Ala.; Seattle, Wash.; and Washington, D.C. later this year.