Accessibility links
Ishana Kumar, 12, Wins Top Award For Research Into 'Imaginary Colors' There is a winner in one of the country's biggest middle school science competitions: the Broadcom MASTERS. Ishana Kumar looked into how retinal fatigue may play a role in seeing "imaginary colors." 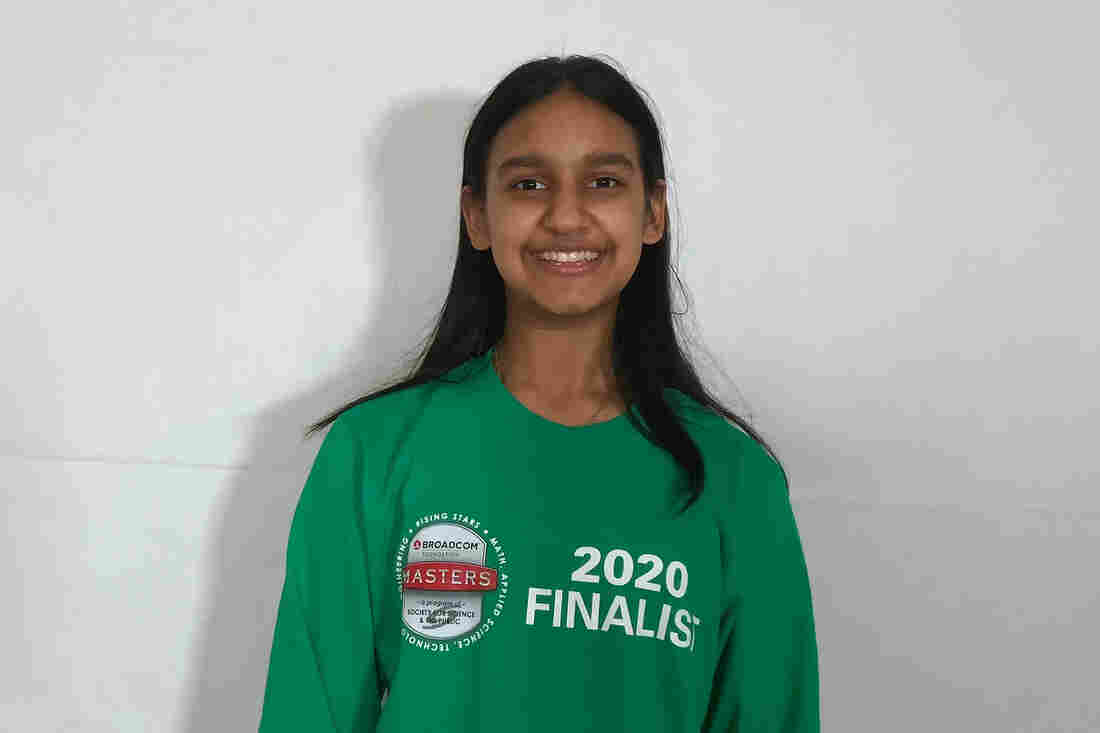 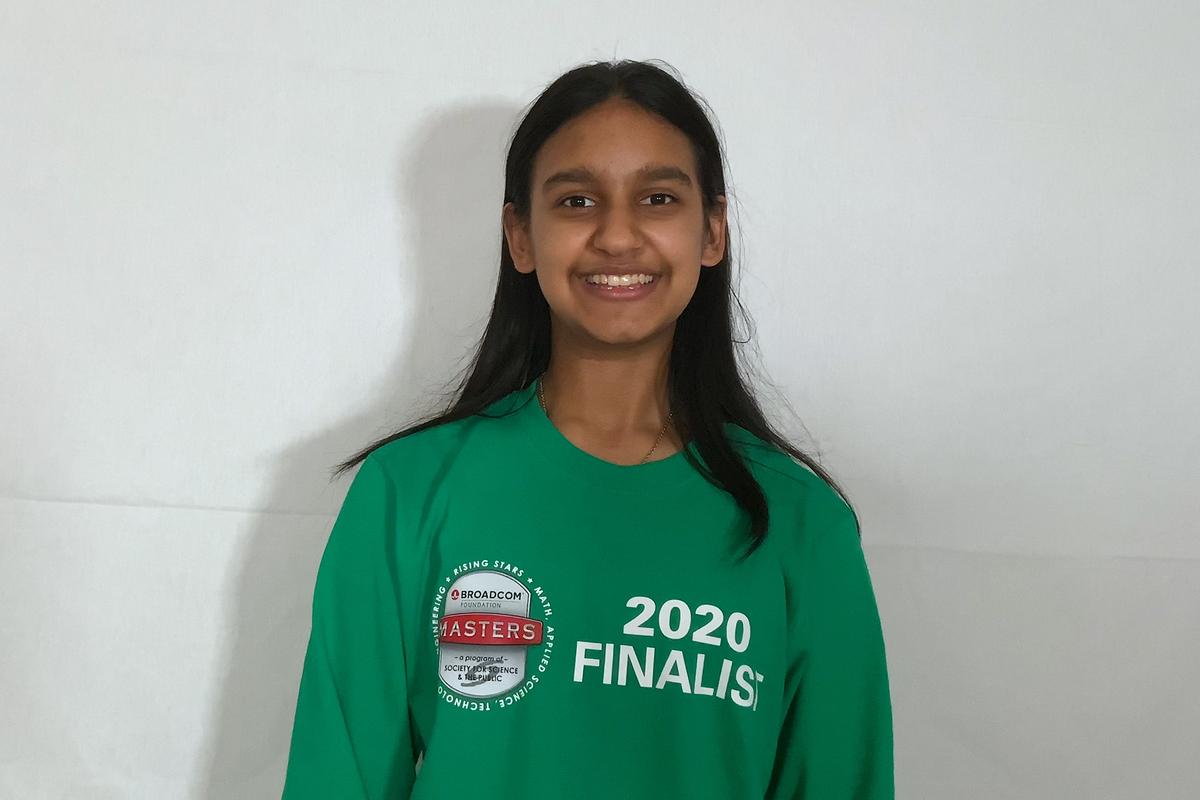 Ishana Kumar, 12, a 7th grader from Chappaqua, N.Y., on Wednesday won a top science award for a project on perception of imaginary colors.

Ishana Kumar, a 12-year-old from Chappaqua, N.Y., has won a prestigious award in science for a project that could lead to better understanding of eye disease and cognitive processing.

The Broadcom MASTERS (Math, Applied Science, Technology and Engineering as Rising Stars), a program of the Society for Science & the Public, Wednesday recognized 30 finalists from middle schools across the country for their groundbreaking innovations.

The 7th grader's project explores whether it's possible to change someone's perceptions of imaginary colors. She was inspired by playing with Benham's top, a spinning disk with black and white patterns that causes people to see different colors.

"I wanted to see if I could sort of change the way we perceive these colors through something called retinal fatigue," Kumar told NPR's Morning Edition.

COVID-19 restrictions on gathering large groups forced the young scientist to keep her testing sample small — 10 friends and neighbors. She had her subjects first look at the spinning top, then look at bright colored lights, and finally look again at the top.

Here's how she explained the process to NPR:

"Let's say I'm looking at a bright red object. I stare at it for a very, very long time. And then I look at a white sheet of paper. I'll actually see the shape of the red object but it won't be red. It will be green. And the reason this happens is because certain cells in our eyes called cones, the red cones, they detect or sort of perceive the color red. They trigger and trigger and trigger when looking at this red object. But they get so tired that the green cones, which sort of detect green, temporarily take over. And I wanted to see, if I could temporarily saturate someone's eyes, would this change our perception of imaginary colors."

Turns out that she discovered that it is possible.

Kumar was one of five top winners in the nationwide competition, taking home the $25,000 Samueli Foundation Prize. The four others each received $10,000. Julian Olschwang, 14, of Los Angeles, Calif., developed a low-cost glove that could convert sign language to text or speech. Kai Vernooy, 14, from Niskayuna, N.Y., studied gerrymandering and used a mathematical algorithm to draw voting districts that are more fair. Zoe Weissman, 14, from Plantation, Fla., worked to identify natural alternatives to pain medicines. Charlotte Lenore Simon Michaluk, 14, of Pennington, N.J., developed an improved silicone coating for cargo ship hulls.

Kumar says she'd like to apply her research to a larger sampling size and upgrade to a lab where the light can be controlled. For this competition, she did all her testing in her garage at home.

And she has a longer-range goal as well. She wants to keep doing research so she can one day help Alzheimer's patients.