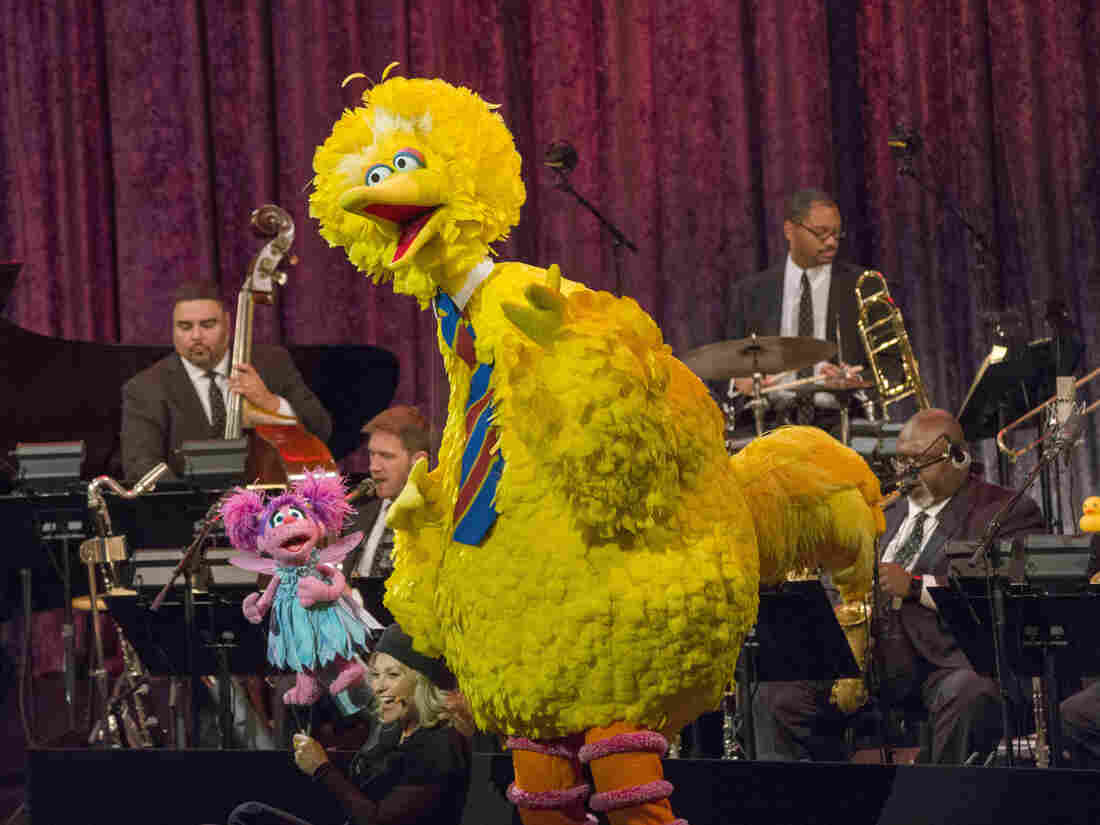 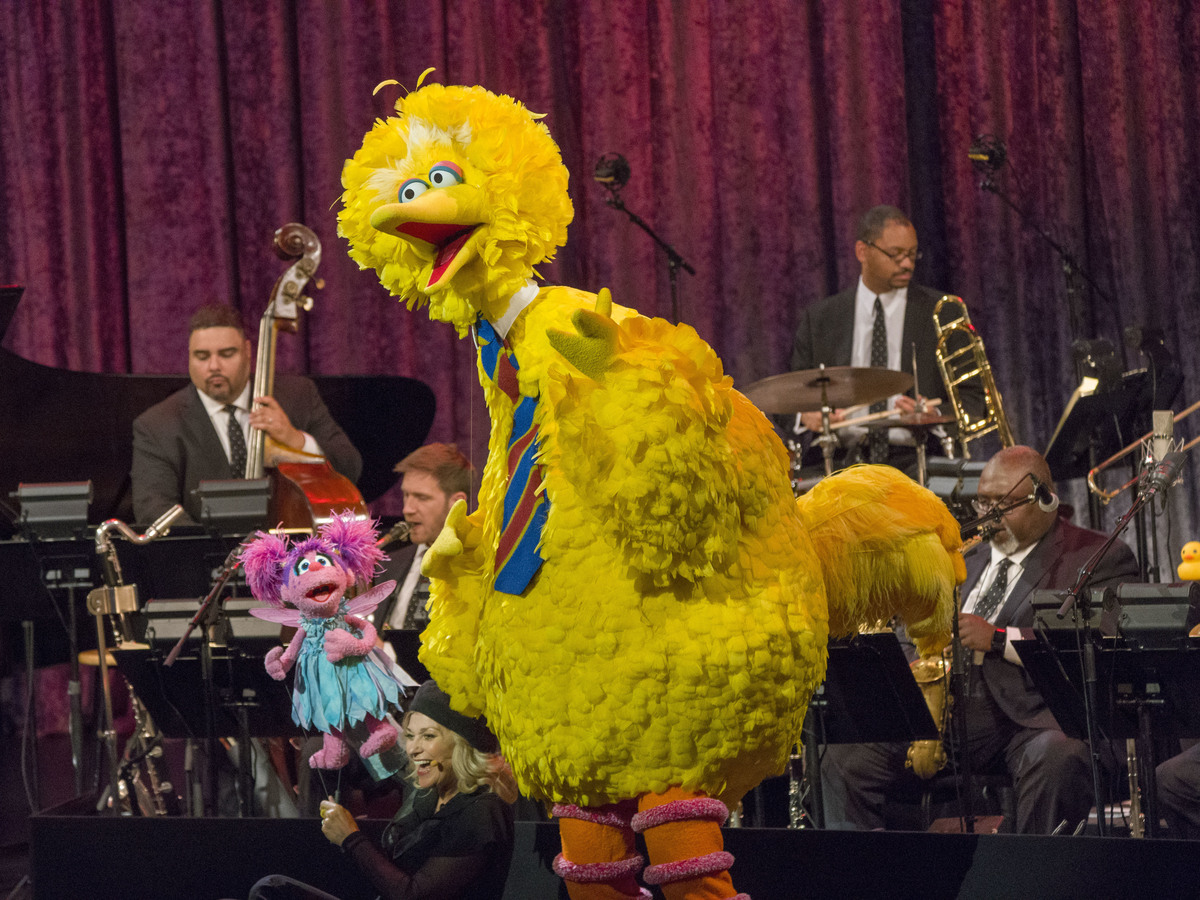 Swinging The Clouds Away: Jazz Takes Over Sesame StreetWBGO and Jazz At Lincoln Center

It wasn't your typical crowd in the Rose Theater one afternoon last fall, for a sold-out concert by the Jazz at Lincoln Center Orchestra with Wynton Marsalis. For one thing, every grown-up in the audience seemed to be accompanied by an excited child or two. Then there were the guest artists, whom everybody knew on a first-name basis: Big Bird, Elmo, Rosita, Oscar, Abby. Bert and Ernie.

A Swingin' Sesame Street Celebration — the title of that boisterous concert, a new album and PBS broadcast special — was a 50th-anniversary party for Sesame Street, the beloved educational television series. It was also a joyous acknowledgment of the role music has played on the show, with those familiar characters and their talented puppeteers dashing about the stage, as they sang custom new arrangements of "Doin' the Pigeon" and "Elmo's Song."

On this episode of Jazz Night in America, we'll feature music from that show while exploring the jazz undercurrent in Sesame Street's history, which goes back to its first musical director, the late Joe Raposo. We'll hear from Raposo's fellow songwriter Chris Cerf, and Hoots the Owl (ahem, that would be Chris Thomas Hayes,) who sings Cerf's tune "Put Down the Duckie." Marsalis will share his thoughts about Big Bird and Elmo too.

But it doesn't stop there. The in-demand trombonist Joe Fiedler, an associate musical director for Sesame Street, started a band a few years back called Open Sesame, with peers like Steven Bernstein on trumpet and Jeff Lederer on saxophone. As its name suggests, the group takes a freewheeling approach to songs from the show — as we'll hear in a recording from The Jazz Gallery in New York. Like the rest of this show, it carries a core truth: "You could be serious and have your musical skill set impeccable," as Fiedler aptly puts it, "and still have it be fun."

The full performance featuring Wynton Marsalis and the Sesame Street Muppets will debut Oct. 30 at 9:00 p.m. EDT on PBS stations nationwide—check your local listings for details.