Accessibility links
When Will Mail-In Ballots Be Counted And Processed? In swing states, where the margins of victory are likely to be close, rules that prohibit counting ballots before Election Day may mean it takes hours or days before a winner is declared. 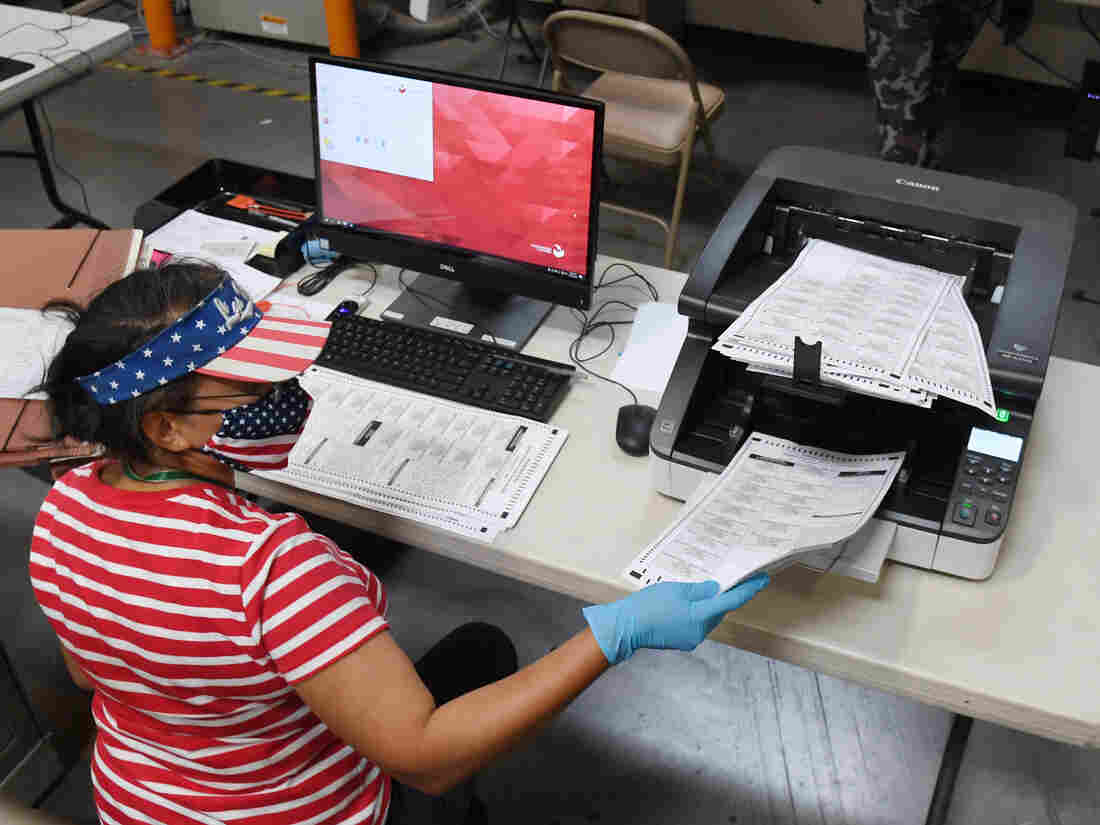 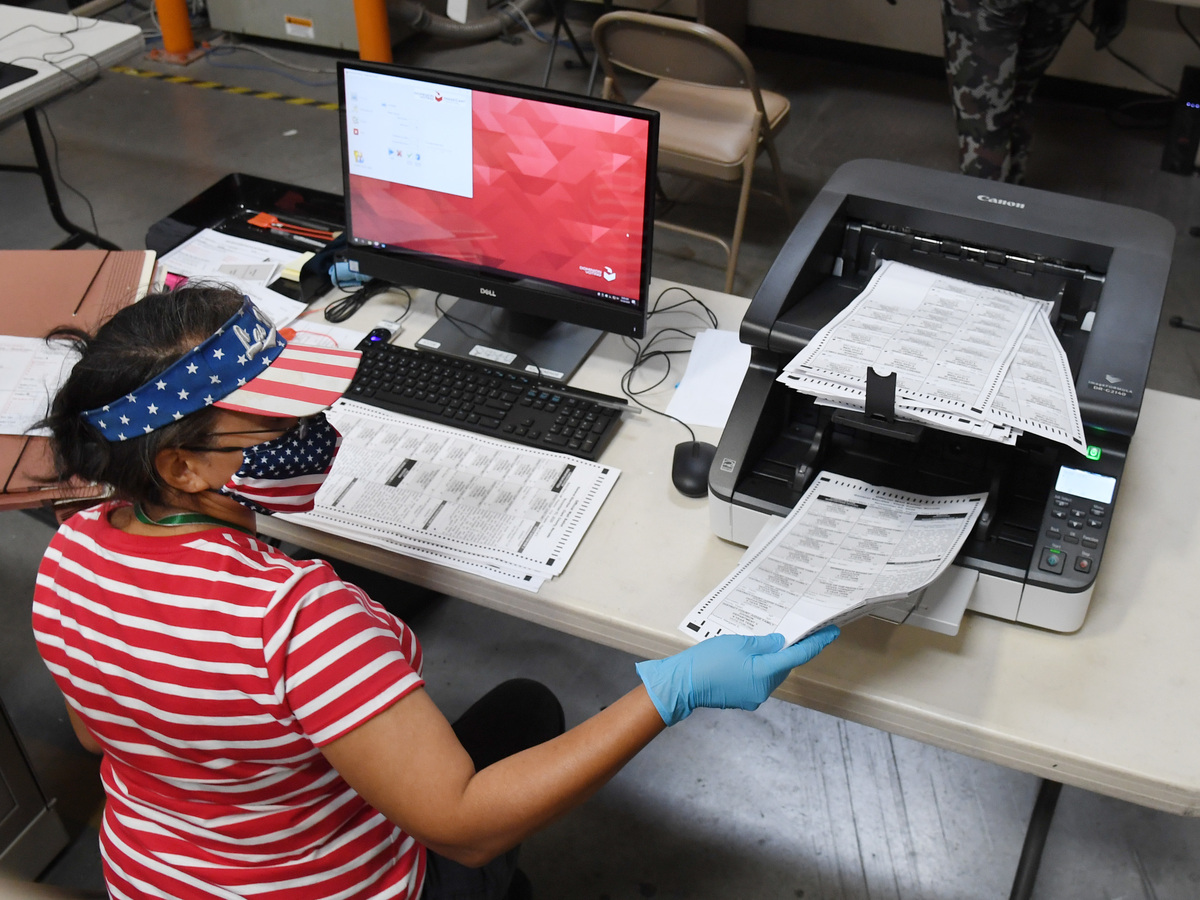 A Clark County, Nev., election worker scans mail-in ballots earlier this week in North Las Vegas. The state allows officials to count ballots received in advance of Election Day in order to speed the tabulation of results that evening.

Updated on Wed., Oct. 28 at 11:40 a.m. to reflect the most recent rules for processing and counting ballots, per information from each state elections office gathered by NPR.

A record number of voters are expected to cast their ballots by mail this year, and in most states, election officials can begin processing that deluge of ballots in the weeks before Election Day.

But in a handful of states, election workers can't begin the work of opening envelopes, verifying signatures and removing secrecy sleeves, let alone counting, until the day of the election. In swing states where the margins of victory are likely to be close, those rules may mean it takes hours or days after the polls close before a winner is declared.

State law in Pennsylvania and Wisconsin, for example, does not allow election officials to process or count ballots until Election Day. Michigan election workers can begin processing ballots a day in advance, but they can't be tabulated until Nov. 3.

Some states and counties have purchased new technology or bolstered staffing to help tackle the huge number of mail ballots more efficiently.

While President Trump has baselessly sown doubts about mail voting and warned of a national crisis should the result not be decided on election night, election experts say delays in no way suggest a problem with the integrity of the vote.

"If we don't have results at 9 or 10 p.m. on election night, that doesn't mean there's anything nefarious going on," Rachel Rodriguez, an election official in Wisconsin, told NPR's Miles Parks. "It doesn't mean that there's any sort of conspiracy. It doesn't even mean that there's a problem. It just means that clerks are still trying to count ballots and they are trying to make sure that everybody's votes are counted."

A previous version of a graphic on this story incorrectly said Maryland will not start counting mail-in ballots until a week after Election Day. However, the State Board of Elections decided in August to allow such ballots to be counted as early as Oct. 1.