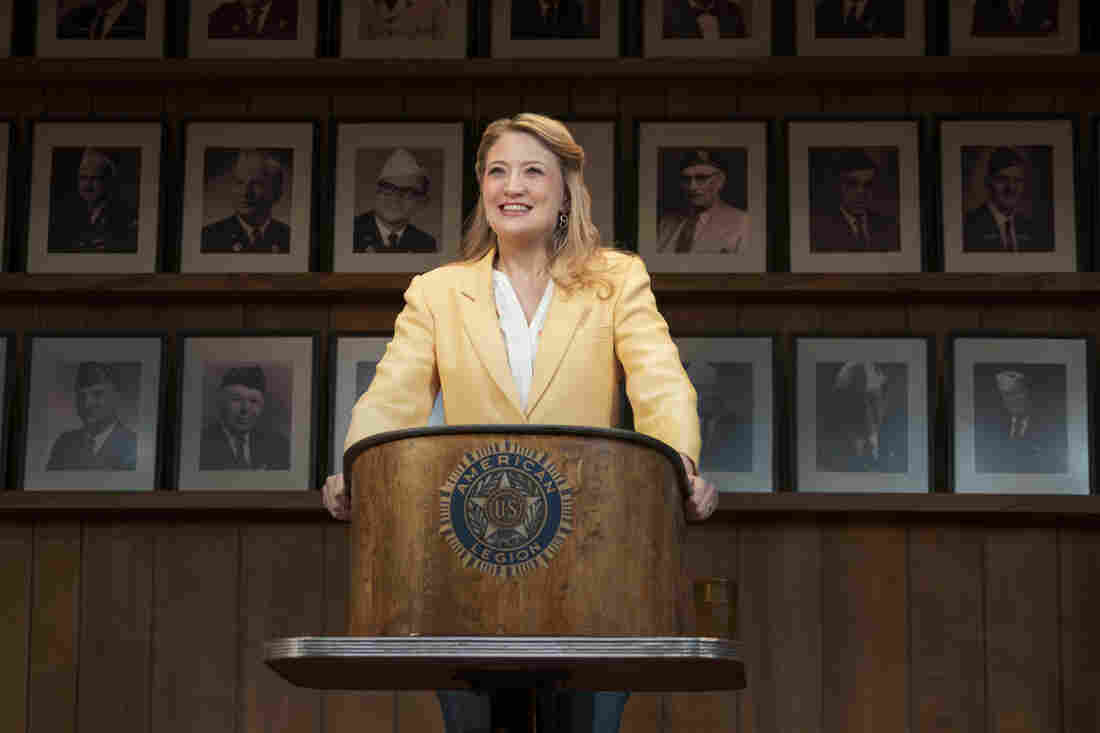 Heidi Schreck performing What the Conststution Means to Me. Joan Marcus /Provided by the artist hide caption 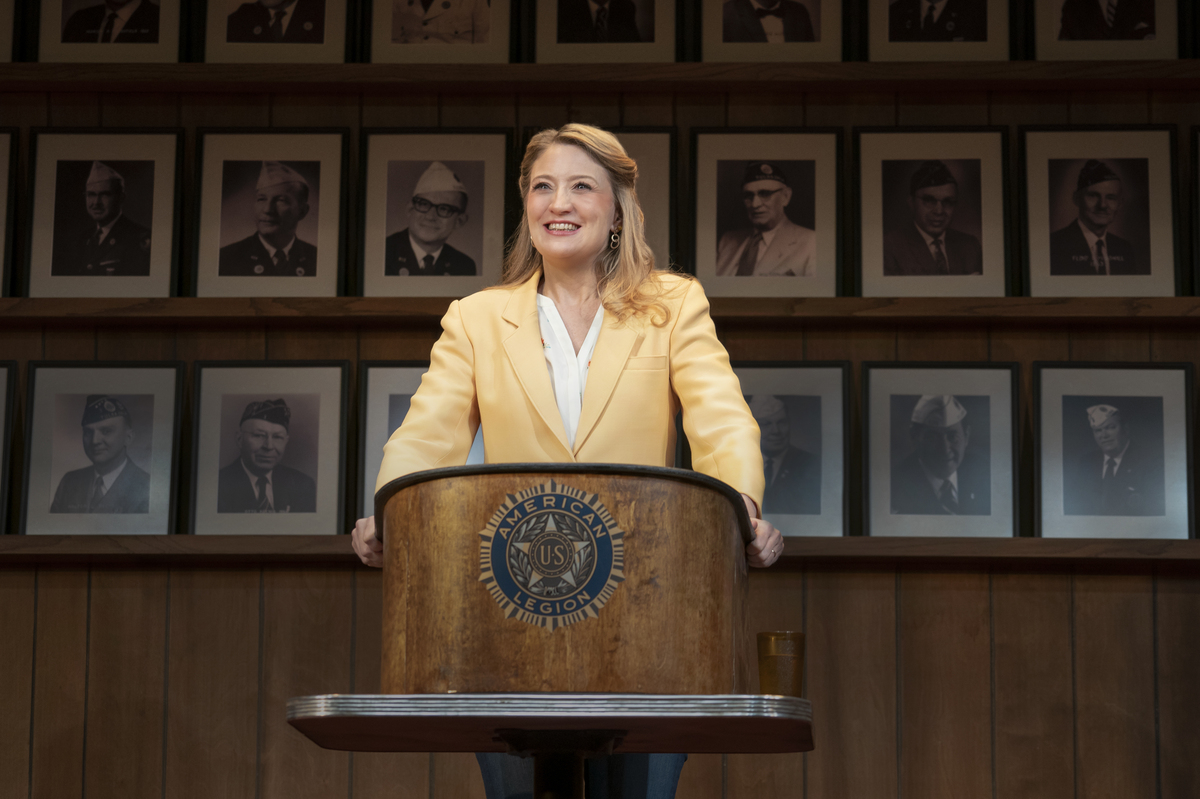 Heidi Schreck performing What the Conststution Means to Me.

Joan Marcus /Provided by the artist

Heidi Schreck's play, What the Constitution Means to Me, is based on a prize-winning speech she gave as a 15-year-old at American Legion halls across America. Since its 2019 Broadway debut, it's been attended by the late Justice Ruth Bader Ginsburg and Former Secretary of State Hillary Clinton, and was a finalist for the 2019 Pulitzer Prize for Drama. A taping of the performance is now available on Amazon, directed by Marielle Heller (Can You Ever Forgive Me?, A Beautiful Day in the Neighborhood).

Schreck grew up in Wenatchee, Wisconsin, "The Apple Capital of the World." She tells NPR's Ask Me Another host Ophira Eisenberg that her early interest in theater was fueled by VHS tapes and records of shows like Sweeney Todd and The Glass Menagerie.

In 1986, Schreck's mother encouraged her to enter the American Legion Oratorical Contest, where contestants give an 8-10 minute speech on how the Constitution connects to their own life.

Schreck later attended the University of Oregon, where she was on a pre-law track briefly before she got wrapped up in theatre. She moved to Siberia to teach English, then worked as a journalist in St. Petersburg, before she returned to America to join a small theatre company called Printer's Devil where she met her now-husband Kip Fagan. She acted in some Off-Broadway plays, and wrote for shows like Billions, Nurse Jackie, and Amazon's I Love Dick.

Heidi Schreck On Her Evolving Play, 'What The Constitution Means To Me'

Her idea for What the Constitution Means to Me came about two decades ago. It grew from a 10-minute act into an Obie-winning Off-Broadway performance, then debuted on Broadway in early 2019.

Since the play is based on her connection with the Constitution when she was a kid, for her Ask Me Another challenge, Schreck was played quotes from the Constitution read by children, and Schreck has to guess where in the Constitution each quote is from. It sounds easy for someone who considers the Constitution "her first crush," but there are some curveballs thrown in there.

Why she considers the Constitution her first (unrequited) crush:

It's definitely a hindsight thing. My mom encouraged me to do the contest so I could earn scholarship money. And I, there were two things. One, I got to spend a lot of time with my dad while I was doing the contest. And my dad is a history teacher and he would explain the Amendments to me and then tell me all of the wild stories behind them. I think I found that part really exciting. And I think I liked spending time with my dad. It's funny, because I was just a teenager, but I remember at the time being really captivated by it.

How her mom saved the show, by losing the original copy of her speech:

So, it doesn't exist. It didn't exist. I wrote this whole play because I'd asked her for the copy and she said she'd thrown it away. And then, when the play was moving to Broadway, I was doing some press, and someone was interviewing me, and they were like, "Are you sure? Have you looked yourself?" And I was like, "I haven't." I called my mom and I was like, "Would you look again, just to see?" And then she ended up finding it. It's really boring. [...] I thought it would be really fun. It's very serious, and I think it's, you know, it hits all the important points, but I think it's not a very interesting speech.

What notes Justice Ruth Bader Ginsburg had on her play:
We were so honoured to have her there. It was really the greatest night of our lives. She came backstage, she was incredibly generous to all of us. And then, she sent a letter, a follow-up letter thanking all of us for the performance and requesting a copy of the script. So, I sent her the script and a thank you card and then a few days later I got this FedEx package in the mail from her office, and there was a copy of a case that I talk about, Gonzalez v. Castle Rock, and there were a few pages flagged for me to review, and there was a letter that said, "I have two things I'd like you think about, in your play." [laughs] And one of them was simply, she wanted me to change the phrasing, she wanted me to change, at one point I said, "The outcome of a case would have been, blah blah blah," and she wanted me to change it to, "might have been, blah blah blah," Wanted me to be more precise. And the second one had to do with the Equal Rights Amendment, which she so passionately supported, and just wanting me to talk with precision about that, to make sure that I acknowledged there was a time limit on the Equal Rights Amendment. So we ended up incorporating that note into our debate at the end.

Heard on, The Daily Show & What The Constitution Means To Me: Kids In America.