Accessibility links
'The Witches' Review: Unimaginative Retread Lacks The Magic Of Dahl's Classic Though Anne Hathaway throws herself into the role of the Grand High Witch with obvious relish, she often seems to be straining for effect — which leaves The Witches feeling flat. 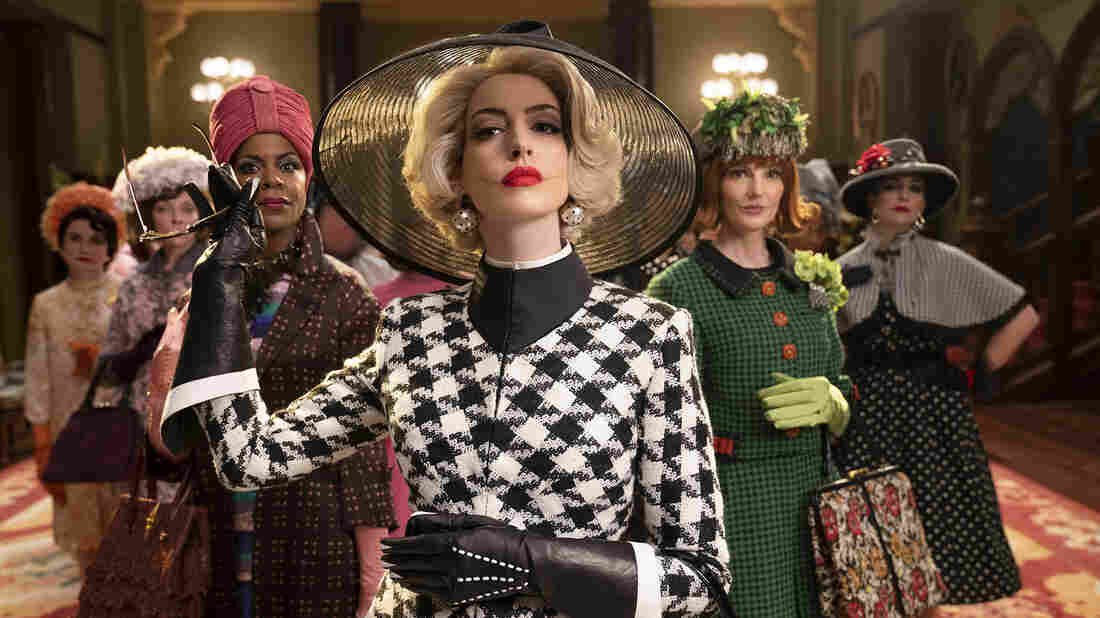 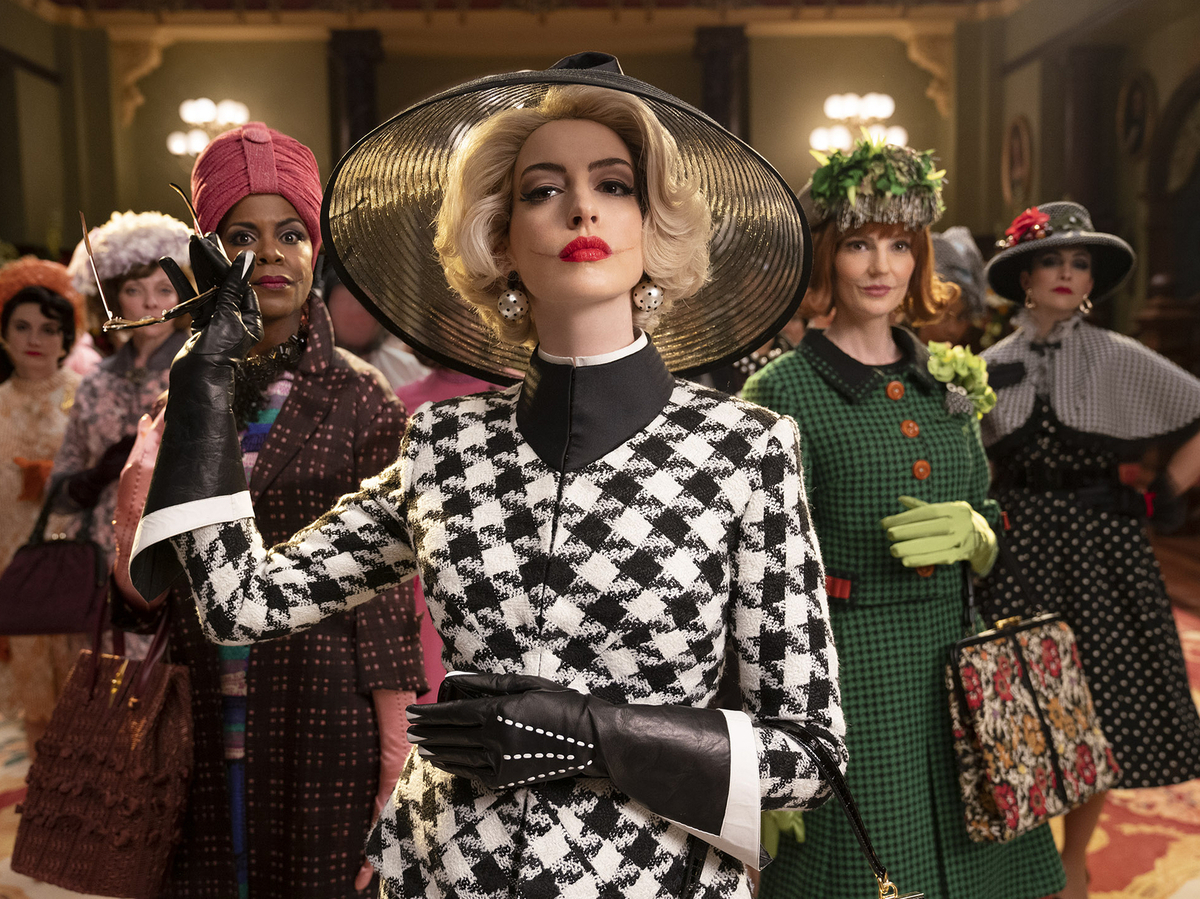 Anne Hathaway is the Grand High Witch in the film adaptation of Roald Dahl's The Witches.

Roald Dahl's 1983 novel The Witches takes place in a world where witches really exist, though they don't wear pointy hats or fly around on broomsticks. Instead they walk among us, disguised as ordinary women but wielding extraordinary magical powers, which they use to wipe out young children — their greatest enemies.

It's been my favorite Dahl story since I read it as a kid, and the 1990 movie adaptation, directed by the great Nicolas Roeg, is about as creepy and captivating a film as it could have inspired. It starred Anjelica Huston in one of her most delicious performances: As the all-powerful Grand High Witch, she was vampy, imperious and diabolically unhinged.

And so with their new adaptation of The Witches, director Robert Zemeckis and his star, Anne Hathaway, clearly have big shoes to fill. But even with a few intriguing narrative liberties, the movie is ultimately a flat, unimaginative retread of Dahl's story, with moments of arch comedy that prove distancing rather than enveloping. And while Hathaway throws herself into the role of the Grand High Witch with obvious relish, she often seems to be straining for effect, even adopting a pan-European accent that sounds like a cross between Greta Garbo and the villainous Natasha from Rocky & Bullwinkle.

The Grand High Witch has devised a scheme to transform all the children of the world into mice. The grisly details come out at a top-secret meeting in a hotel ballroom at their annual convention. It's here where the witches remove their disguises: the wigs that cover their bald heads and the shoes that hide their toeless feet.

What they don't realize is that they're being secretly spied on by a nameless young boy, played by Jahzir Bruno. When he's discovered, they turn him into a mouse — a setback, to be sure, but hardly a fatal one. After escaping the witches' clutches, the boy soon learns that being a nimble four-legged animal has its advantages.

He's been staying at the hotel with his grandmother, played with her usual sturdiness by Octavia Spencer, who has deep knowledge of the supernatural. The rest of the story, which follows their plan to turn the tables on the witches, plays out more or less as it did in Dahl's novel. The most significant change here is the setting. The book and the earlier film were both set in Norway and the U.K. Zemeckis, who wrote the script with Guillermo del Toro and Kenya Barris, creator of the TV show Black-ish, has relocated the story to 1967 Alabama.

That backdrop, along with the casting of two Black actors in lead roles, introduces an intriguing racial subtext that isn't sufficiently developed. The movie sometimes directs our attention to the contrast between the hotel's mostly Black staff and its wealthy white clientele. At one point, Grandma flashes back to her childhood in the segregated South, where she once had a close run-in with a witch herself. Later, Grandma notes that witches only prey on the poor and the overlooked — an intriguing idea that the movie doesn't follow through on. These witches, themselves a reasonably diverse bunch, don't seem to discriminate when it comes to stalking children.

The Witches has been in the works for several years, and was originally intended to be a stop-motion animated film directed by del Toro. But in the end the assignment fell to Zemeckis, who has a decent if erratic track record with family-friendly fantasy movies, ranging from a classic such as Who Framed Roger Rabbit to misfires such as The Polar Express. At times I found myself wishing that he would tap into the magic of his 1992 dark comedy, Death Becomes Her, still one of his most audacious movies and certainly his witchiest story before this one.

Apart from the cute if overly cartoonish-looking mice, most of the visual-effects budget seems to have gone toward making Hathaway look as grotesque as possible. Beyond her ability to fly and shoot death rays out of her eyeballs, this Grand High Witch has three fingers on each hand, a single toe on each foot — which is more than the other witches have — and, most disturbingly, a sharp-toothed grin that stretches from ear to ear.

Whether she's ranting at her subordinates for their incompetence or sniffing out a child right under her nose, Hathaway is clearly giving it her all, and I have to admit, I couldn't look away from her. She may be no match for Anjelica Huston, but she's still the closest this movie gets to casting a spell.