Accessibility links
Toronto's ASD Band Looks To Raise Autism Awareness By Example All the members of the Toronto-based ASD Band are on the Autism Spectrum. This month, they've been dropping new covers of songs each week in celebration of Canada's Autism Awareness Month. 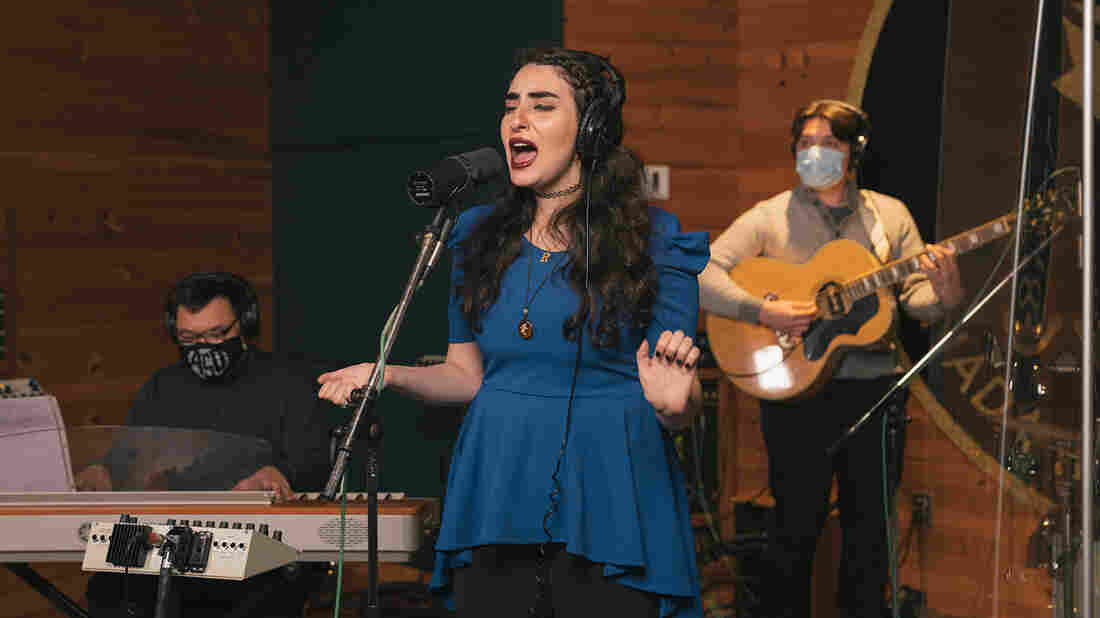 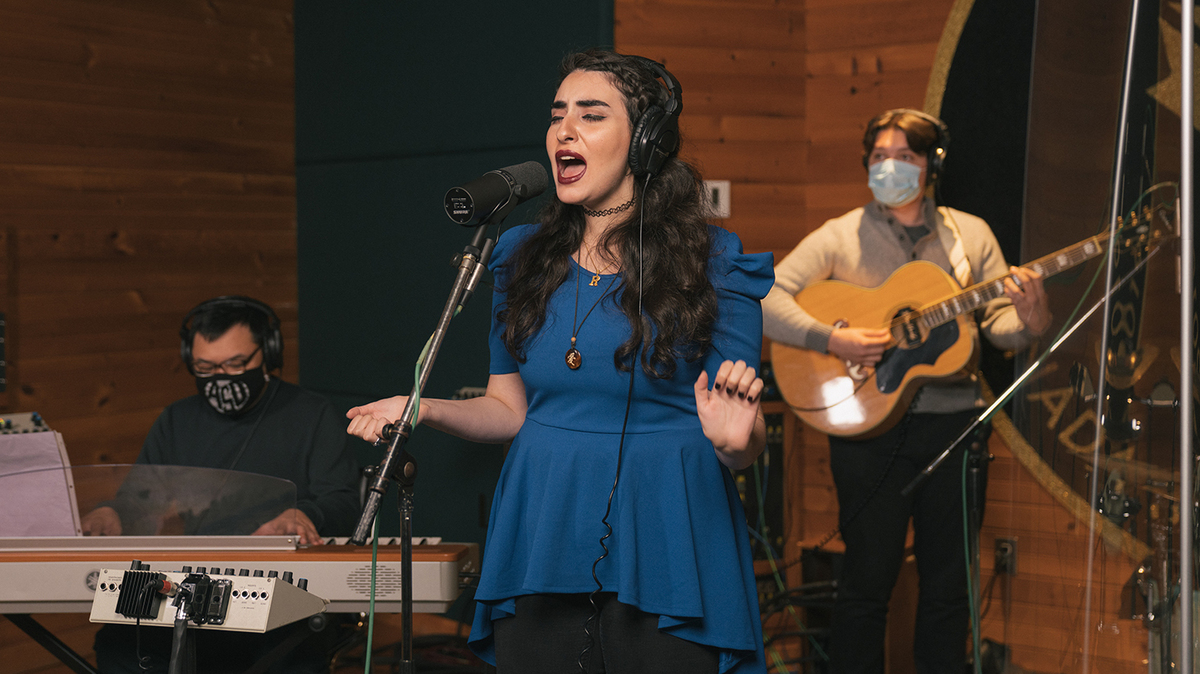 For the first few months of the COVID19 pandemic, Spenser Murray was afraid to leave his house.

"I was literally scared to leave the house, like even just ordering groceries was like freaking me out," Murray says. "And I turned 30 during the pandemic and that was the point where I was still kind of really freaked out about going outside."

Murray has Asperger's syndrome, a condition on the autism spectrum. Autism is a developmental disability and, while experiences can vary widely, it's common for people on the spectrum to have "some difficulty making sense of an aspect of the social world," pediatric neurologist David Black previously told NPR.

Eventually, though, Murray had to leave his home because he had music to make.

Murray is the drummer for a new band called ASD, named for Autism Spectrum Disorder because all five in the group are on the spectrum. It's the brainchild of Andrew Simon, ASD's manager. He got the idea after seeing three of them perform with Roger Hodgson — of Supertramp fame — during a concert last year, hosted by Toronto-based autism charity Jake's House.

"It was a really magical night and it was just there that I saw the potential," Simon says. "So, I was talking to the founder [of Jake's House], I said, 'You know what the next step is?' He said, 'No.' I said, 'The next step is we got to put together a band.'"

Simon also came up with the name.

"I thought that it was just very appropriate to be proud, not to hide from it but to actually be proud about it," he says.

When asked to join, Murray, who's been a percussionist since he was in 6th Grade, says he thought the band was a great idea and "a cool and a good way to show that people with autism can be successful."

Everyone in the band is from the greater Toronto area — located in Canada's Ontario Province, which has logged over 66,600 COVID-19 cases. So when ASD's first concert was canceled earlier this year because of the pandemic, Simon says it was a really difficult time.

"Depending on where you are on the spectrum, you have a very hard time processing disappointment," he says. "When you promise something, it doesn't make sense that it doesn't happen."

Simon promised they'd find a way to record their music — and they did.

The band has been releasing the songs — all covers of classic pop songs — onto online streaming platforms like Spotify throughout October, Canada's Autism Awareness Month. They've also dropped merchandise, designed by 21-year-old Adam Barkworth from the U.K., who is also on the spectrum.

How To Talk About COVID-19 With People Who Have Autism

Meanwhile, they also invited people on the spectrum from around the world to film themselves listening and playing along to their cover of Sonny and Cher's "I Got You Babe." The resulting video includes submissions from 11 countries, according to Simon.

The band hopes to finally have that concert when the pandemic is over, but in the meantime Murray wants people on the spectrum who want to pursue music to go for it.

"Because with most people on the spectrum, they usually have one thing that they're really focused on," Murray says. "But if you want to focus on music, you'd be really good at it and I think it would be also just really good for your brain just to have something like that to do and focus on."