Accessibility links
Ibram Kendi On Anti-Racism And His New Book, Be Antiracist : Life Kit Author and renowned scholar Ibram Kendi's new book asks readers to examine their own relationship with race. NPR's Eric Deggans spoke with him about it. 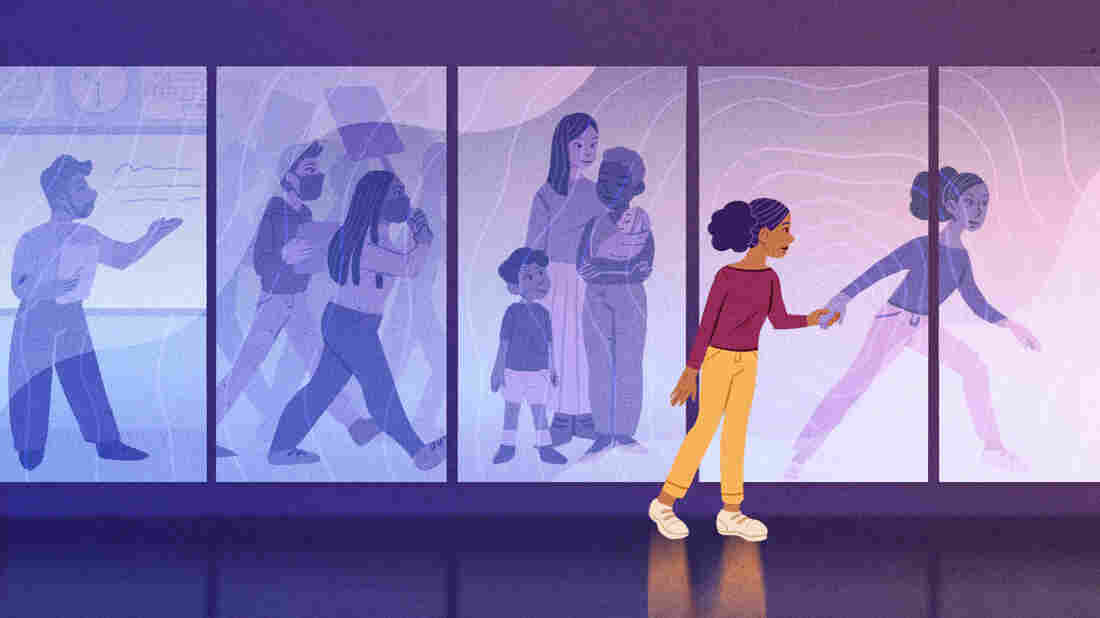 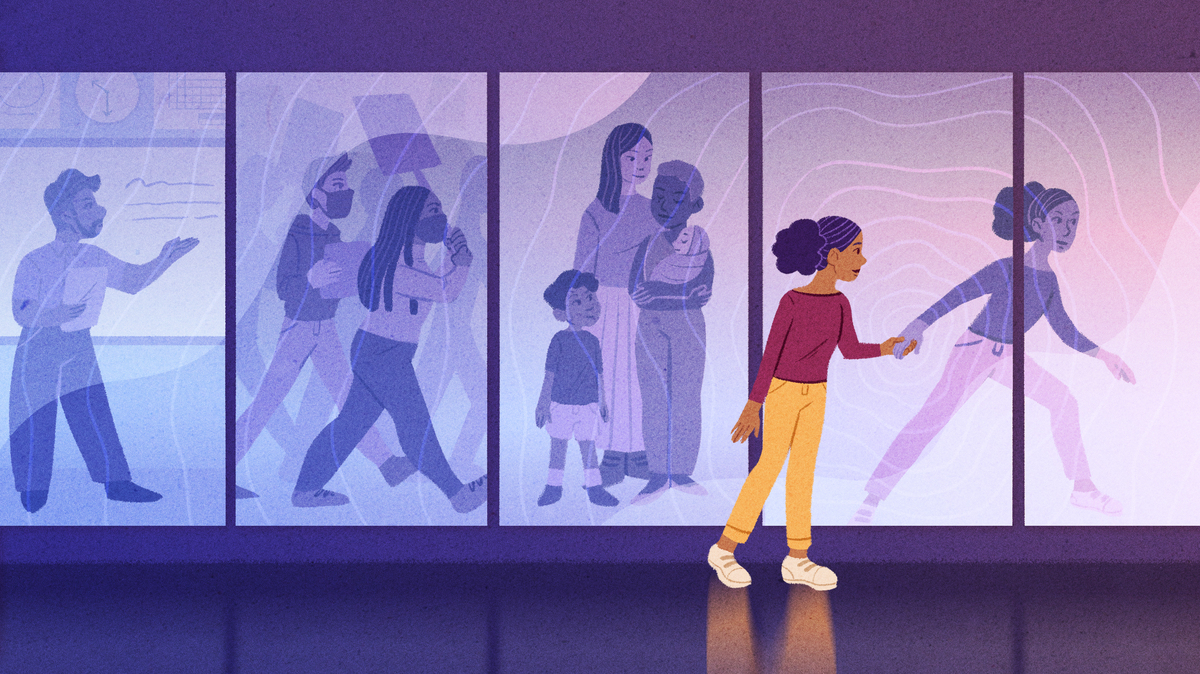 Ibram X. Kendi says he can't remember the first time he saw the infamous video of George Floyd dying while gasping for breath beneath a white policeman's knee.

That's because Kendi — already a respected authority on systemic racism in America, thanks to his books How to Be An Antiracist and Stamped From the Beginning -- was almost immediately pulled into a whirlwind of commentary and public contemplation. 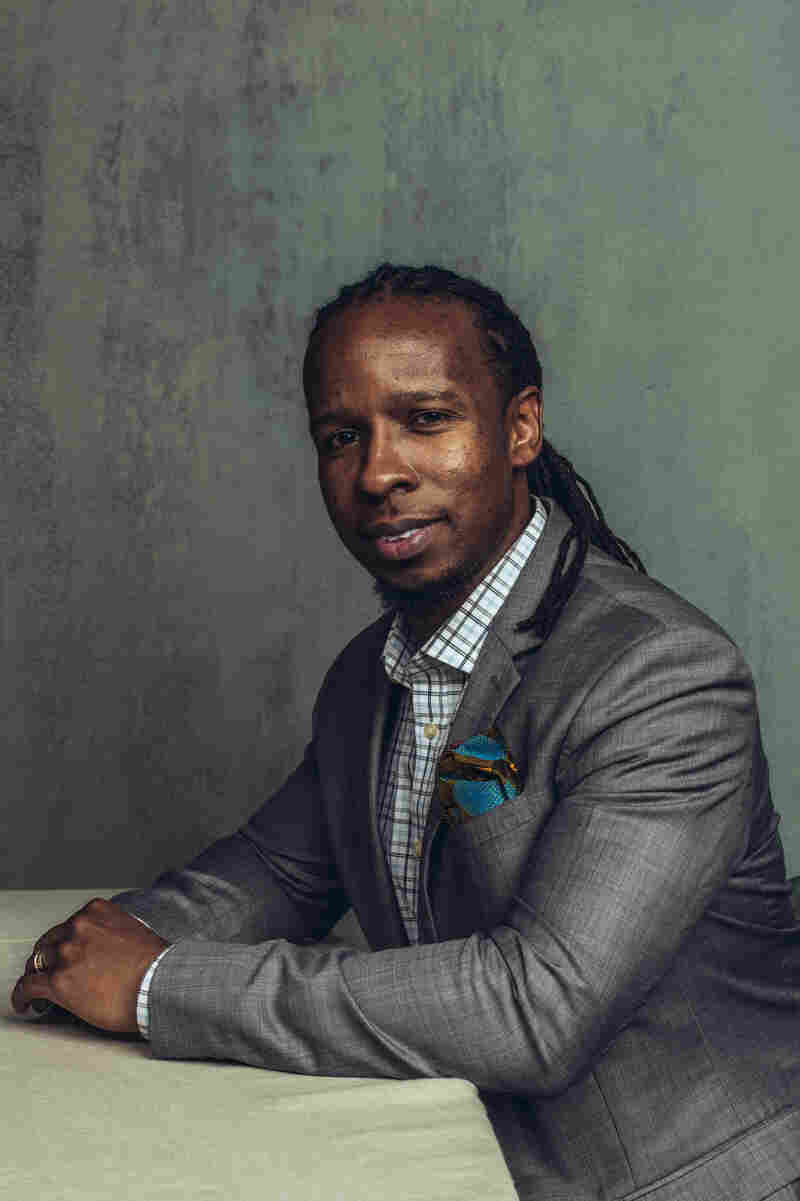 Ignited by the killing of Black people like Floyd and Breonna Taylor by police, the international reckoning over civil rights and systemic racism led the world to look for authoritative voices who could explain it all. Kendi plunged into a blizzard of appearances and new opportunities, from starting a new Center for Antiracist Research at Boston University to discussing anti-racism with media queen Oprah Winfrey on her Apple TV+ show The Oprah Conversation.

"I feel like I was pulled into this tornado right at that time," Kendi says. "[But], I'm a big, big basketball fan. And you know, [players] can't really get tired during the NBA finals. And for those of us who are doing racial justice work, these last few months, it's like we've been in the NBA finals the whole time."

As a response, Kendi has created a new companion book, Be Antiracist: A Journal for Awareness, Reflection and Action. Filled with over 150 questions, prompts and quotes from How to Be Antiracist – with room for readers to write down answers and thoughts — the book encourages others to take their own journey toward anti-racism.

As a journalist who writes often on the intersection of race, media and society, I was eager to speak with Kendi about why he created this new book, how he has weathered the deluge of attention, and what he has learned from standing at the center of such a massive civil rights reckoning. (The following conversation has been edited for length and clarity.) 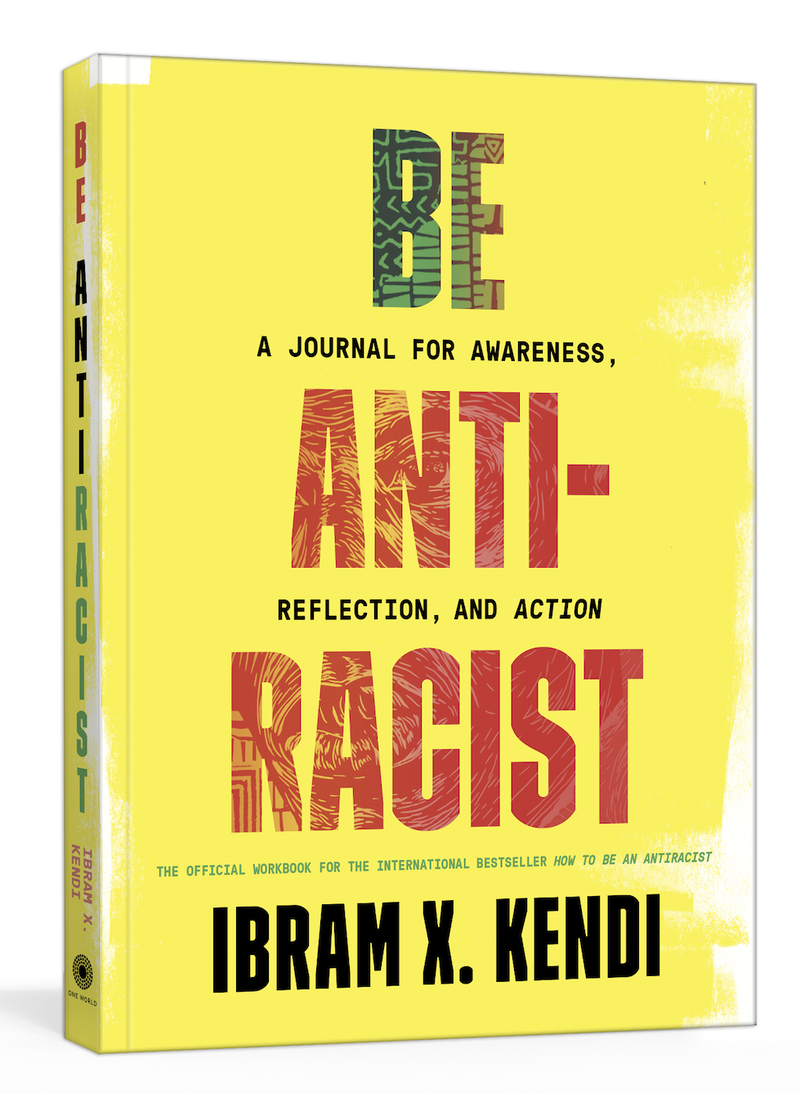 You got to sit down with Oprah; that's a rare opportunity for a public intellectual. What was that like, to see your message delivered at once to so many people on such a massive platform?

When did race come for you? Describe in detail your earliest memory when you saw the world through a racial lens.

One of many prompts for self-reflection in Ibram Kendi's new book, Be Antiracist

Which led to Be Antiracist. But you've already written a book called How to Be An Antiracist. What's different about this one?

One of the ways [readers] were able to really relate to How To Be An Antiracist was how deeply vulnerable I was in terms of reflecting on how I, as an individual, was upholding the system of racism. The book really took them on a journey. That led us to think, well, maybe we should write a tool so people can do just that; so people can literally, systematically take their own journey, as I took.

You're saying the key is sustained effort – like you might put into regular exercise or a healthy diet. But you have to put that effort towards making anti-racist choices every day.

In How To Be An Antiracist, you reveal some sensitive things about yourself; your own racial biases, your homophobia. In Be Antiracist, you say you originally didn't want to reveal that much. What were your worst fears about disclosing so much and did they come to pass?

It took me more than a year to write the first five chapters of How To Be An Antiracist because it was so difficult to bare some of the most shameful moments of my life. It was me stripping my history naked before all people in all of its ugliness. I knew, as somebody raised to believe that only white people can be racist, that there was also a tremendous amount of anti-Blackness within communities of color. And that was going to cause people to deny and strike down at the book because of their own denial, because they don't want to look in the mirror. I was extremely concerned about that, because I knew everybody was going to come at the book.

So what allowed you to finish the work?

I was diagnosed with stage four colon cancer. I was told it was a disease that kills [close to 90%] of people in five years. When you're facing death, the criticism of people didn't really matter as much to me anymore....For the better part of my life, I was thinking Black people were the problem, as opposed to that system of racism. And for me to admit that as an individual, I was not challenging this larger system...I'm just going to write that and hopefully, every individual will then look in the mirror, no matter the color of their skin and ask themselves the same question: Have I been challenging the system of racism or white supremacy or have I been upholding it?

What do you think will be the most difficult question for readers of Be Antiracist?

How do you relate to your own identity? For me, it was very, very difficult for me to come to grips with my own anti-Blackness. So I can imagine somebody who is Asian struggling to deal with their anti-Asian feelings. Even for white people...it is going to be difficult for them, I suspect, to really recognize their whiteness. The connection of that whiteness to notions of superiority and even normality. [They] haven't been able to really reckon with the ways in which [their] whiteness and connection to it have led [them] to be manipulated.

In this terrible summer where you've spent so much time talking about racism and anti-racism, have you learned anything new about the nature of racism?

That literally, racism is death. And anti-racism is life.

What do you expect the process of working through Be Antiracist will be like for most readers?

The book really begins with you seeing the outer layer of your own racist ideas. And, as the book goes on, you start getting a deeper sense of your own potential racist or even anti-racist ideas. The more clarity you gain [about yourself], when you come up for air and see our society, the better clarity you get [about everything]. You know, I used to wear glasses before I got Lasik surgery and I would never wipe my lenses. Every now and then, my wife would come around and clean them. And things [would be] so clear...I think, as people see themselves more clearly, they see society more clearly. And ideally, they also see what needs to be changed and get a very clear sense of how to make those changes.

Describe the most racist moment in your life. What should you have done or said differently?

One of many prompts for self-reflection in Ibram Kendi's new book, Be Antiracist

I think it's important for us to remember that there was a time in this nation's history when plantations all over the South and plantation owners were looking for those very kinds of people to serve as [slave] overseers. And in many cases, the overseers were precisely those types of folks, because it was their job to regularly engage in terror and brutality. And those who did it – quote – "well" - were those who literally enjoyed watching black people in pain and brutalizing people. Plantation owners felt if they did not have these overseers, then their enslaved people would come and kill them because they feared them that much. And, you know, in many ways, if you're brutalizing people consistently, that's a legitimate fear to have. I mention that, because you have some Americans today who are just as happy for the existence of overseers as they were 200 years ago. They believe, if not for the police, these barbaric animals would just go run roughshod all over the country. And when a president or a politician calls for law and order, they feel they can sleep better at night.

This all seems so challenging. How do you find hope that people will embrace anti-racism?

You have to believe you can change in order to bring it about. I can't engage in something when I think it's impossible for that thing to actually happen. So I think, philosophically, that gives me hope.

The podcast version of this story was produced by Audrey Nguyen.