Accessibility links
What To Do If Police Stop You: These Are Your Rights : Life Kit If you're stopped or pulled over by police, remember that you're entitled to certain rights and protections. NPR's Noel King spoke with attorney Atteeyah Hollie about what to keep in mind. 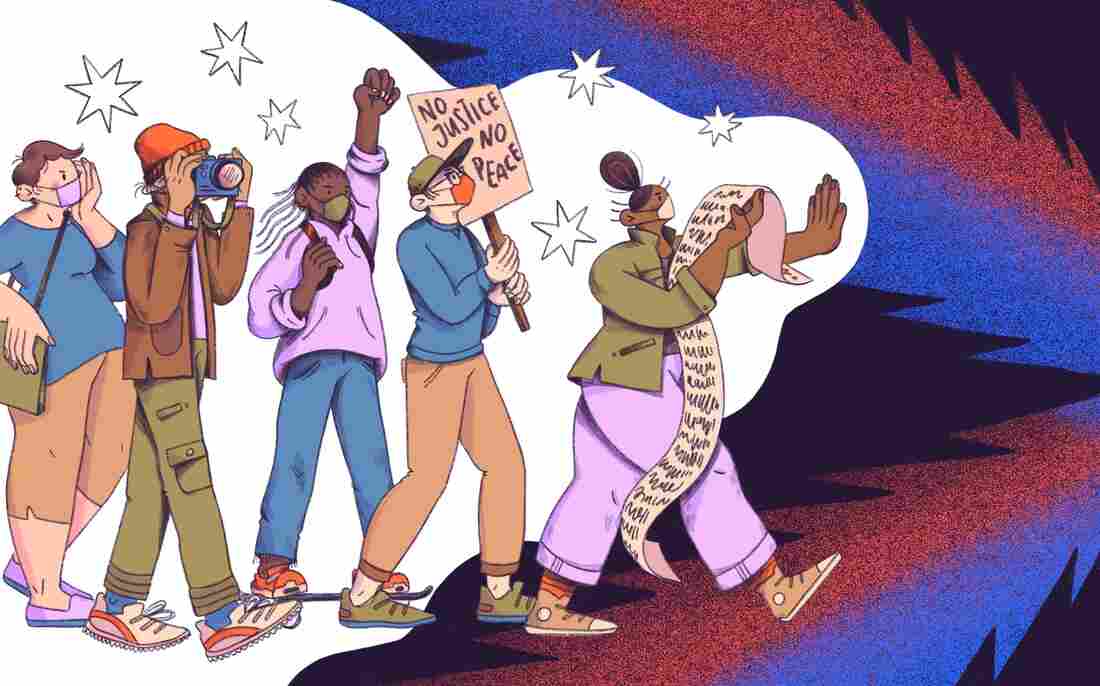 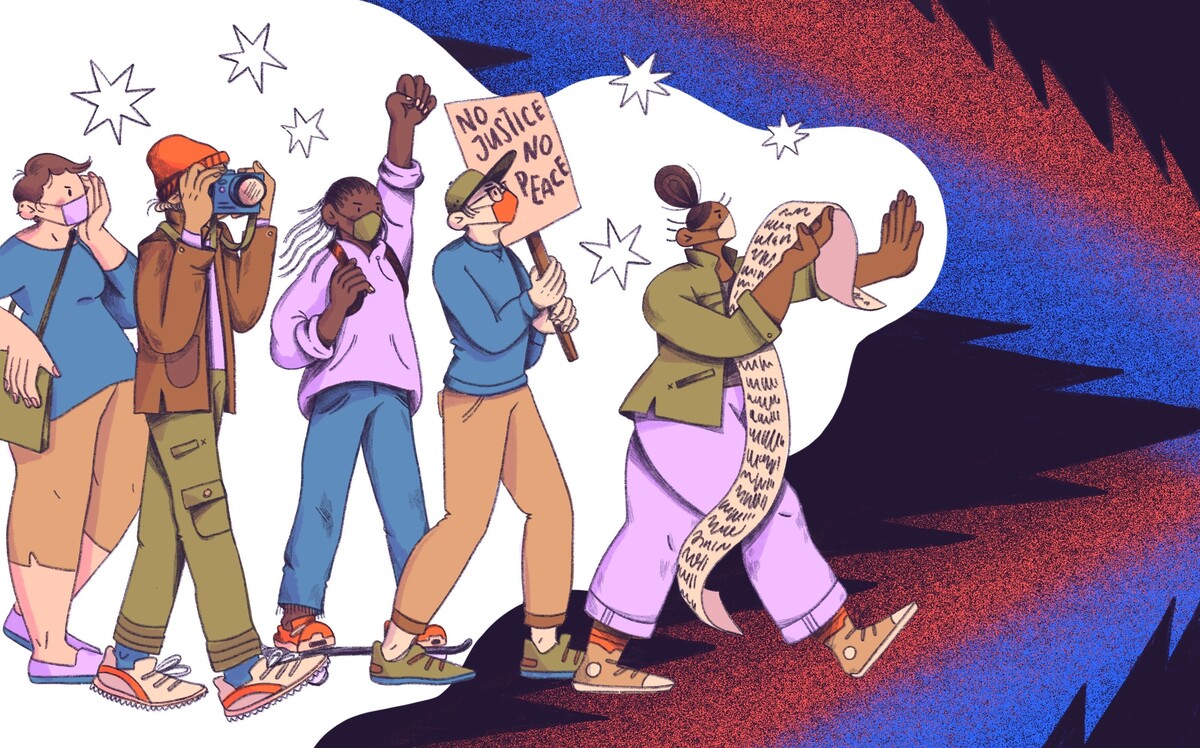 What should you do if a police officer pulls you over while you're driving, or stops you while you're peacefully protesting?

It can be an unnerving experience, even if you haven't broken any laws. Routine stops can be downright life-threatening for Black and brown people in America.

When you interact with the police in the United States and U.S. territories, you are guaranteed basic rights under the Constitution.

Training and educational resources that cover this are often called "know your rights" materials. But that term assumes ignorance, says Atteeyah Hollie, an attorney at the Southern Center For Human Rights. She says most people know their basic rights — they know they have the right to free speech, for example. Hollie suggests calling them "use your rights" or "assert your rights" materials instead.

If you are stopped or pulled over by the police, here are some helpful things to keep in mind.

Please note the information below is for general informational purposes only, and is not intended to be legal advice. You should contact an attorney for advice about any specific legal matter.

1. Familiarize yourself with your constitutional rights. The First, Fourth, and Fifth Amendments are most relevant in interactions with the police.

The First Amendment grants you the freedom of speech and the right to protest peacefully. It also allows you to record interactions with the police, "as long as they are not directly interfering with what the police are trying to do," says Hollie.

The Fourth Amendment protects you from unreasonable search and seizure.

And the Fifth Amendment gives you the right to remain silent.

In theory, U.S. citizens and non-citizens alike are protected by these rights — though the ways in which non-citizens can exercise them are limited in practice.

2. Look into state-specific protections you may have. Check your state constitution, and look for state statutes that might grant you additional protections.

For example, Arizona has a "stop and identify" statute. There, if law enforcement stops you on the road, you are required to show identification upon request. But in Kentucky, among other places, no such law exists.

Many organizations have state-specific "know your rights" materials. If you want to know more about the protections you have where you live, that would be a good place to start!

3. There are different levels to an interaction with the police: conversation, detention and arrest.

(A) The conversation phase is also called a "consensual encounter." In this phase, the officer doesn't necessarily suspect (or have evidence) that a crime has occurred.

"The officer should tell you at that point whether you are free to leave or whether they are detaining you for one reason or another," says Hollie.

(B) If you are not free to leave, you are being detained. During this phase of the interaction, you are being held so the police can investigate any reasonable suspicion.

An officer may ask to search you while you are detained. If that search leads to incriminating evidence, you may be arrested.

(C) If an officer finds probable cause, you can be arrested.

The line between detention and arrest can be hard to distinguish.

4. If you are stopped, stay calm and don't volunteer too much information — you don't want to accidentally incriminate yourself. Under the Fifth Amendment, you have the right to remain silent.

In the heat of the moment, it can be hard to distinguish what information can help and what will harm us.

"If we start saying things to the police, you know, in an attempt to mitigate our involvement...That is going into a police report, which can go into a prosecutor's hands," says Hollie. That information could be used to decide whether or not to charge you with a crime.

The safest bet is to not volunteer any information beyond what is strictly necessary, without the counsel of an attorney.

5. You do not have to consent to a search. If you opt out, make sure you verbally assert that right.

If you are asked by a police officer if they can search you or your belongings, you have the right to say no, under the Fourth Amendment.

"I understand it's a lot easier for me to say this than for people to do it in the moment," notes Hollie.

Be aware that police generally won't ask, "May I have your consent to search you or your belongings?" Asks can be more casual, and it can be easy to get flustered or confused and consent to a search without understanding what that could mean.

Be on the lookout for any iteration of, "Can I look at your stuff?" For example, an officer could ask:

If you hear something along these lines, "that is a moment where you need to assert your right not to be searched," Hollie says. She sees this all the time: An officer might find marijuana, for example, simply because someone said "sure" when an officer asked to go in their trunk.

Beware: in some cases, body language can signal consent. "So really [be] mindful of your body language, the non-verbal cues that could be used to establish that you gave consent, even if that wasn't your intent," cautions Hollie.

6. You can do everything "right" and still have your rights violated. If that happens, try to stay hopeful that a court of law will uphold your rights.

If you don't consent to a search but a police officer does it anyway, Hollie says: don't resist. That could lead to charges against you. "Save it for court. Save it for your advocate to argue that what the officers did was unlawful and unconstitutional."

When asked how she remains hopeful at the end of the day, especially after a summer like the one we just saw, Hollie told us, "I think that this system gives you new and unfortunate reasons to not trust and to not hope. But if anything, I just can't see myself doing the work that I do if I don't have hope."

Hollie says everyone in the U.S. is entitled to these constitutional rights. "And I think as long as we take hold of them and feel this sense of entitlement, then we can fight for these rights and assert them in meaningful ways."

The podcast version of this story was produced by Audrey Nguyen. It was fact checked by Julia Wohl and edited by Meghan Keane. Legal review by Kimberly Sullivan.