Accessibility links
Sam Smith On 'Love Goes' And Forgiving Yourself The Grammy winner says their third studio album, out Oct. 30, grew from learning to accept the parts of heartbreak that stay with you even after you've moved on. 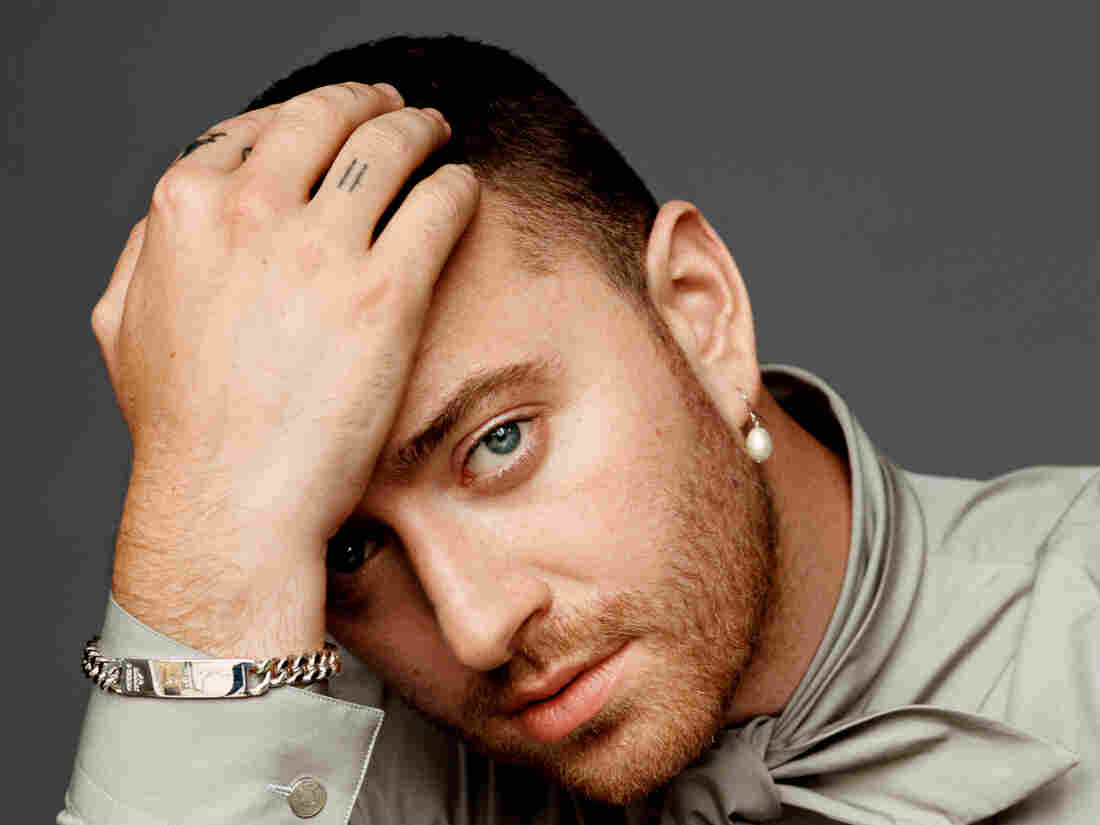 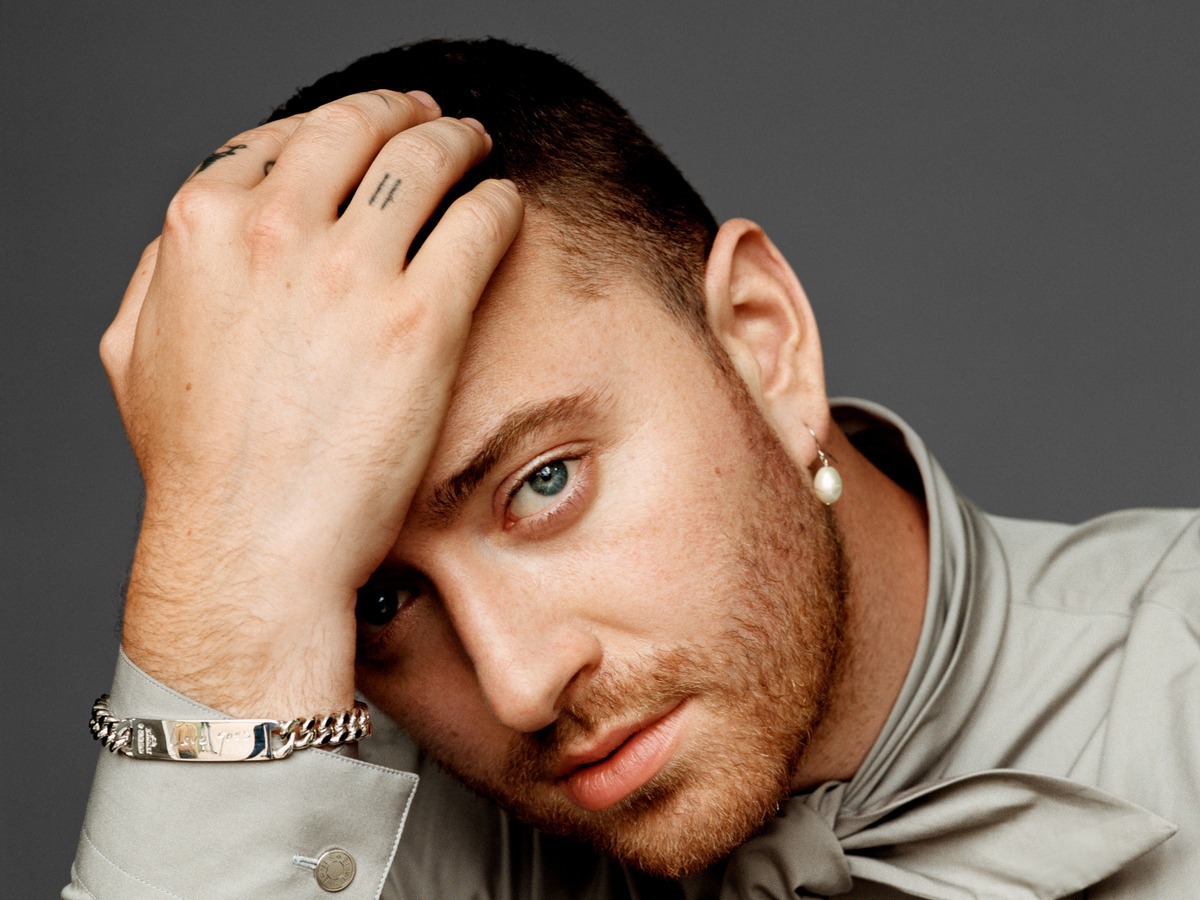 Love Goes, out Oct. 30, is the third studio album by Sam Smith.

Sam Smith is known for their soulful voice and its satin falsetto. But the singer's lyrics, whether in a ballad or a bop, aren't just about loving or losing others: They're also about the love of the genuine, the true, the self. The artist joined NPR's Scott Simon to talk about their new album, Love Goes, out Oct. 30. Hear the radio version at the audio link, and read on for an edited transcript.

Scott Simon: I gather this album was supposed to come out over the summer, and it had a significantly different title.

Sam Smith: Yes — it was called "To Die For." And obviously, because of what's happened the last six months, it felt a little bit desensitive calling the album that.

This is, in many respects, a sad and pensive album — songs that touch on regret, vows to get better. "Forgive Myself" feels like it's about the small recriminations that we all carry but learn to live with as we go on — is that a good reading?

Completely. This song for me was very fresh after a breakup with someone, and my heart was just really, really heavy when I was writing it. There's an element of desperation in there, I think, and also just realizing that I can't move forward unless I forgive myself for the things that have happened. And I think that's in terms of relationships but also in terms of life, you know?

You have been very open in recent interviews about just having been hit hard by mental stress. Do you mind opening up a little bit about that for us? I think a lot of people are feeling that one way or another nowadays.

Yeah. I mean, I have mental health [issues] in my family, and I think no matter how my life was going to go, I probably was always going to have to battle it at some point — just from a genetic standpoint. But for me, becoming famous, becoming successful, really, really wreaked havoc on my insecurities and my mental health. And it's taken a good four, five years to get into a place where I just feel positive again about stuff, about life.

I have OCD, so it's not necessarily a depression that I have, it's an anxiety disorder — and then I become depressed because of the anxiety disorder. So just like everyone who's in their late 20s, I feel like I'm just trying to figure myself out so I can lead a happier life, because my early 20s were just really tumultuous. And I find talking about it great and good.

We may get emails and tweets from people who don't understand why we refer to you as "they" and "them." Can you help us understand that?

I want to point out, before I explain this: I am a singer. I've only been known as they/them with my pronouns for the last year and a half. So if anyone wants to know more about it, I would implore you to read, to go online and just search up nonbinary activists, because they're way more eloquent than I am.

My whole life, my gender has been something that I felt very uncomfortable about, something I felt very confused about. Being known as he and him never felt correct or right. About two and a half years ago, I started learning about this language that is used for genderqueer people, which makes their life a little bit easier. And when I read into it, it really struck with me, and I completely understood: That is who I am, and that's how I felt. I took the step of changing my pronouns to they/them — which has been a weird experience, a harder experience to go through in front of people, as a famous person.

It's been great to feel closer to myself, but I've always felt this way. I've always felt genderqueer. So the feelings aren't new. It's just people are treating me differently again, which is bittersweet.

On what's now the title track of the album, you sing, "I tried to change you, tried to make you into someone else / I guess the only one I'm fooling is my stupid self." May we ask, has love come back?

[Laughs] I think love always stays with you. But I think that this whole last few years of my life marks my first proper relationship, and I think I got a clearer understanding of what love meant as an act. I don't think I really understood that before I wrote this record. Everything you go through with someone else, you own that forever. But the love, the actual love, does go.

It's always on the horizon, too, isn't it?

And within yourself, yeah.

In the audio version of this story, which was originally broadcast Oct. 24, we incorrectly say Sam Smith's new album is out now. It will be released Oct. 30.