Accessibility links
Interview: Bryan Washington, Author Of 'Memorial' Bryan Washington's debut novel brings together an eclectic cast of characters who redefine family. He says he wanted to write about people operating from a place of love, rather than disdain or hate. 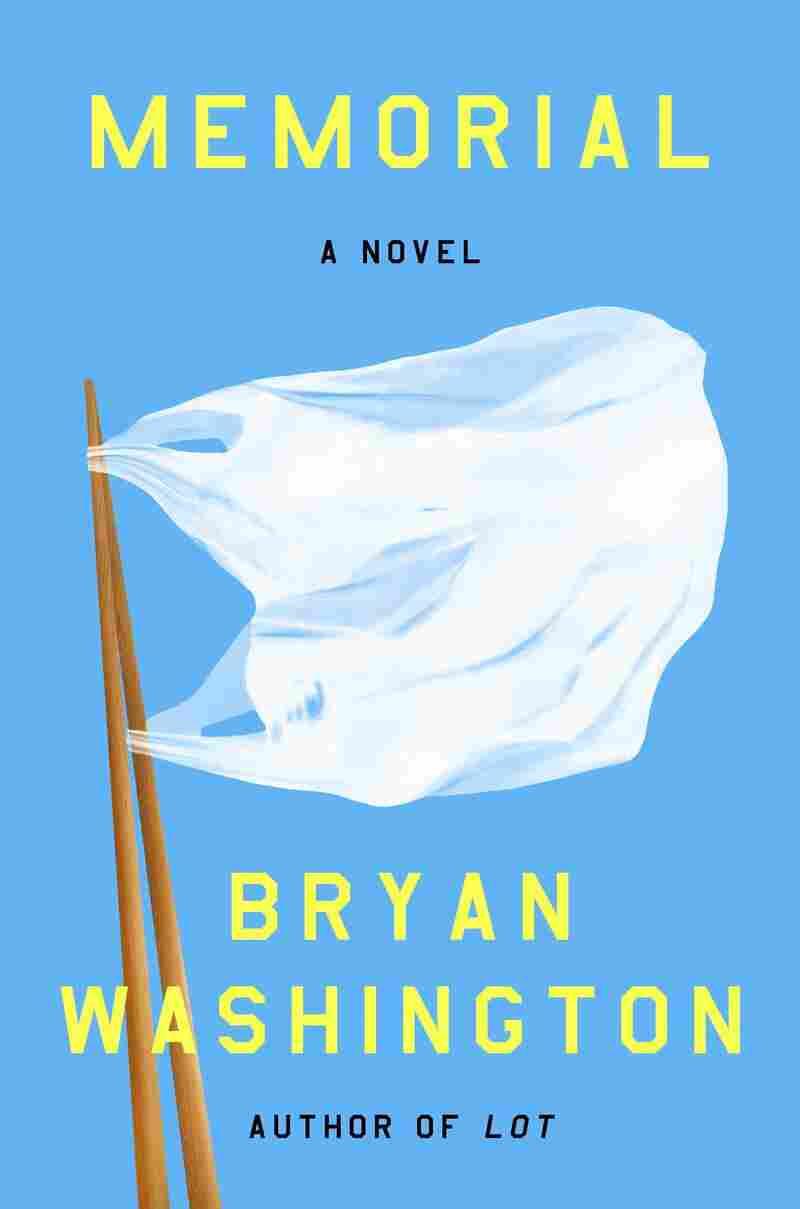 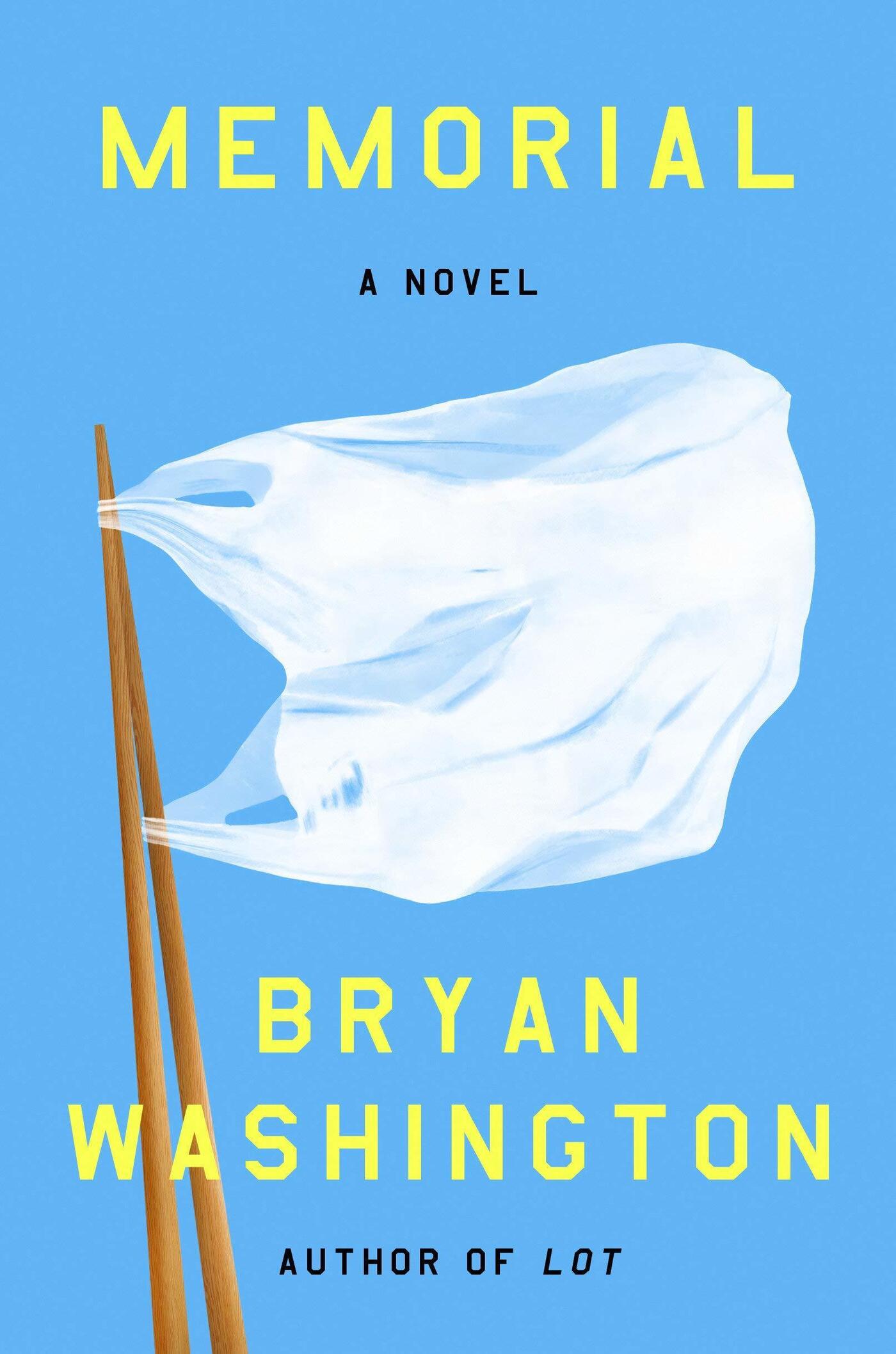 A lot is going on with Benson and Mike. They have explosive sex, but are not quite sure they get along, or where they're going.

Mike is a Japanese American chef at a Mexican restaurant in Houston. Benson is a Black daycare employee who doesn't really care much for children.

Mike's mother, Mitsuko, has just arrived from Japan to visit. But Mike's about to fly off to Osaka to hold the hand of his father as he dies. So Mitsuko will bunk with her son's boyfriend. What could go wrong?

What could go right?

Memorial is a story about old and new loves and secrets — and it's the highly-awaited debut novel from Bryan Washington, following his acclaimed 2019 short story collection, Lot.

On the character of Mitsuko

Yeah, what was really important to me with her character, and what I kind of knew from the outset was that if the novel worked, it would be because her character worked. And if it didn't work, it would be because her character didn't work on the page. And because so many of the other characters really aren't in the same place at the same time for very much of the novel, she's the constant in a lot of ways. She's the most emotional constant. She's the constant as far as a physical presence is concerned. So really seeing the ways that she touched each of these men in their lives was pivotal as far as trying to figure out how to make the narrative come together.

I think I'm pretty timid when it comes to writing in general, because I think that when you set out to write a narrative, what you're really doing is putting people on the page, and people are made up of so many different multiplicities. So from my end, if I'm doing my job correctly, I'm trying to take heed of their hopes and dreams, their loves, their fears, the things that make them laugh and the things that they might shy away from. And that's going to be particularly difficult with any character. But when you're writing outside of yourself and as I wrote outside of myself for this text, there was just so much research that went into writing each and every last character.

I ended up actually editing the second to last draft of the text in Osaka. And I'm there honestly, probably once or twice a year. And I've been there once or twice a year for the past five or six years. So the research involved a lot of just being there, but also talking to friends, talking to strangers, trying to get a sense of a very singular iteration of the city, because you're never really going to get a city right on the page, regardless of whether it's Houston, whether it's Osaka or whether it's a place you came up or a place you visited once or twice, because it's so many different things to so many different people. So trying to figure out what the city meant to the characters and the context in which they existed was the goal for me on this front.

On how much of the book is based on observation and experience, and how much is imagination

I think that what I wanted to do with this particular book was write first and foremost something that I wanted to read, but also to write about the relationships that I've had, the relationships that my friends have had that we haven't really seen in narrative form in the way that I wanted to see them. So really reaching toward the kind of book that I thought that I would enjoy, and that would make me laugh or make me sad. And to try to write something that would elicit those emotions from my friends is really important to me.

On Mitsuko saying there are no wastes

Yeah, what was really important to me for the book was really trying to write a book in which there aren't really any clear antagonists and when which there really isn't a massive conflict. And so far as like life itself is, the conflict was a goal for me. I just wanted to see what that would look like. So trying to put each character in a position where they're operating from a place of love for one another, as opposed to disdain or hatred or apprehensiveness, was something that I wanted to try to do.

This story was edited for radio by Samantha Balaban and Martha Ann Overland, and adapted for the Web by Petra Mayer.