Accessibility links
Trump Votes Early In Florida 'For A Guy Named Trump' The president cast his ballot from his adopted home state before departing for rallies on Saturday in North Carolina, Ohio and Wisconsin. More than 50 million Americans have already voted. 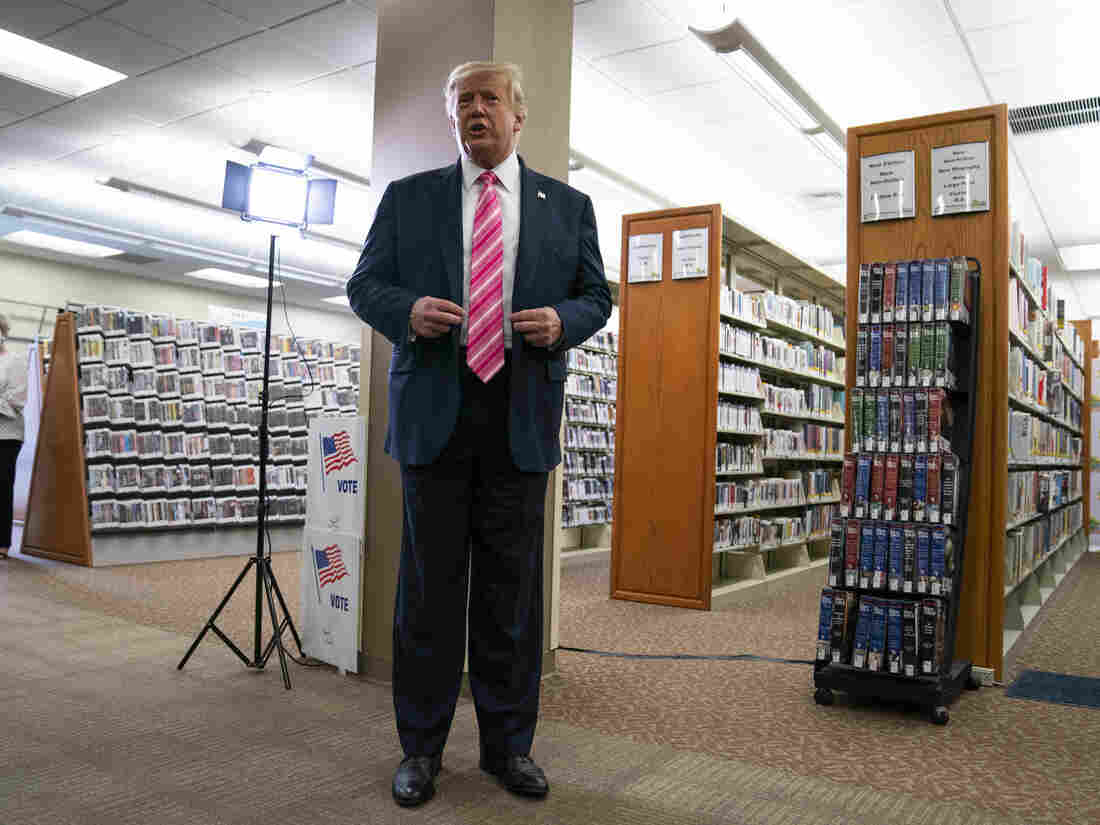 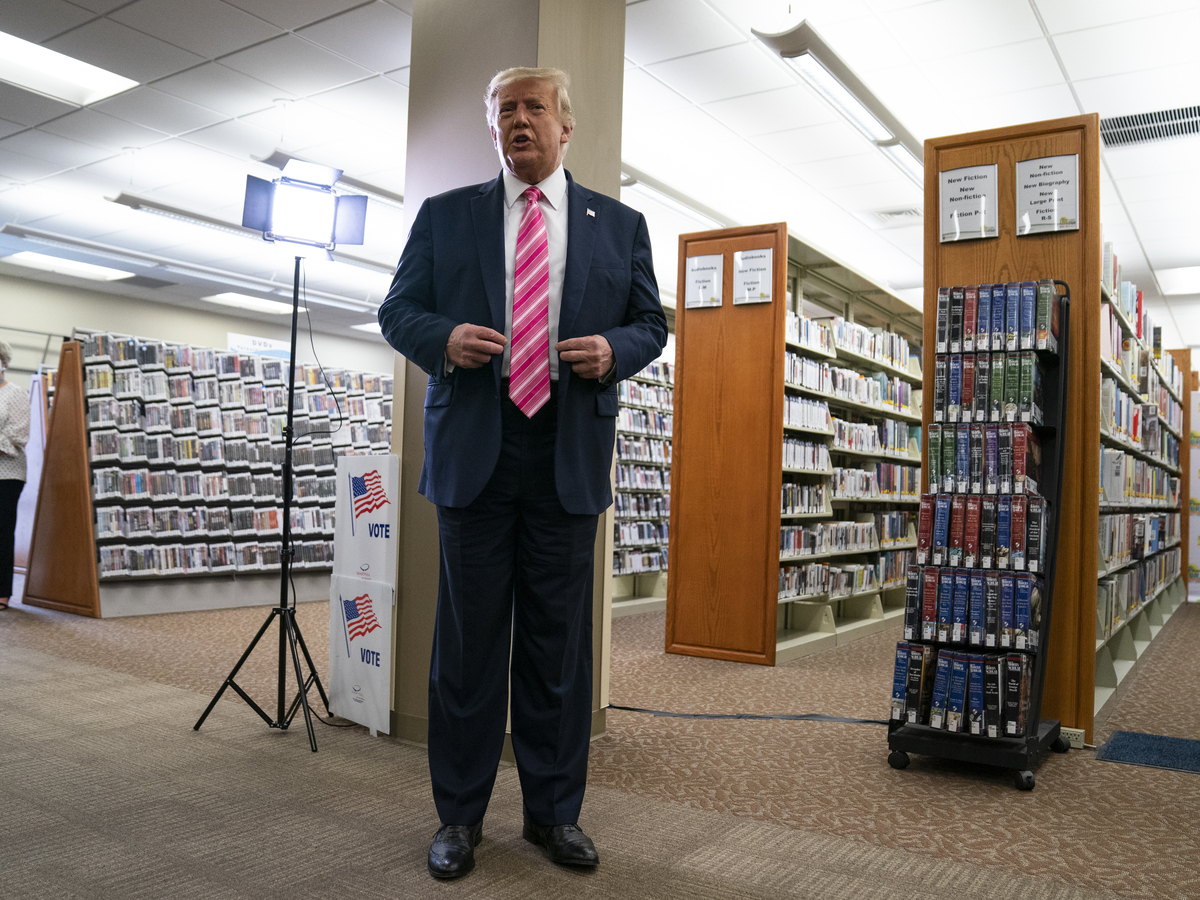 Before embarking on a packed day of campaign rallies, President Trump stopped at a library in Florida's Palm Beach County on Saturday to cast his ballot.

"I voted for a guy named Trump," he told reporters.

While the president has voted by mail in the past, in recent months, he has decried the integrity of voting by mail, falsely asserting that it results in rampant fraud.

"It was a very secure vote, much more secure than when you send in a ballot," Trump said on Saturday, without evidence.

While many have states rushed to expand voting by mail this spring because of the pandemic, Democrats have started encouraging voters to cast ballots early and in person if possible as the prospect of delayed tabulations and Postal Service slowdowns loom.

More than 50 million people have already voted in the election either by mail or in person, according to the U.S. Elections Project, a turnout-tracking database run by University of Florida political scientist Michael McDonald.

After voting, Trump was scheduled to depart Florida for rallies Saturday in North Carolina and Ohio. The president will also hold a rally in Wisconsin, which is currently experiencing one of the worst coronavirus outbreaks in the country.

Trump told reporters that the rallies will be "big ones" and boasted about the crowds he has been attracting.

His Democratic opponent, Joe Biden, is holding a pair of rallies in Pennsylvania on Saturday, including a drive-in rally in Luzerne County with Jon Bon Jovi.