Accessibility links
At Least 24 Dead, Including Children, In Suicide Attack In Afghan Capital Afghanistan's interior ministry said at least 57 others were wounded in the bombing outside of an education center in a heavily Shiite neighborhood in Kabul. 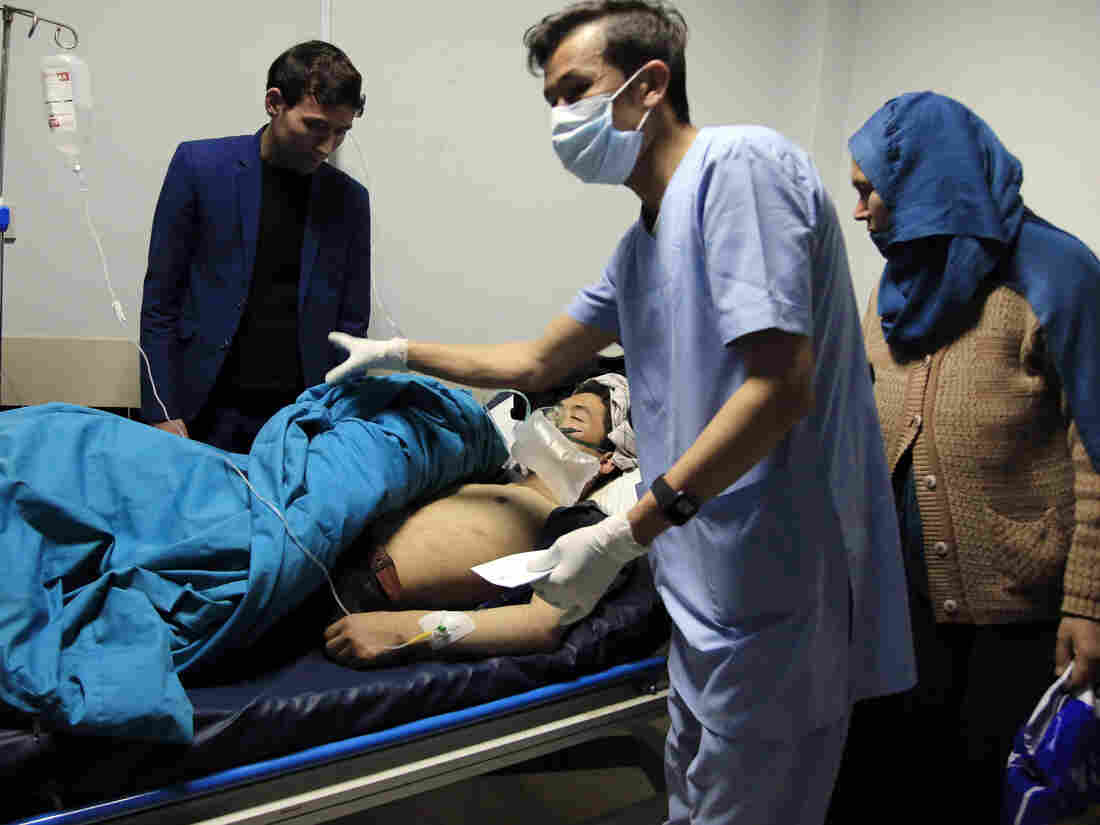 Patients are treated at a hospital after a suicide attack in Kabul, Afghanistan, on Saturday. Dozens were injured. Mariam Zuhaib/AP hide caption 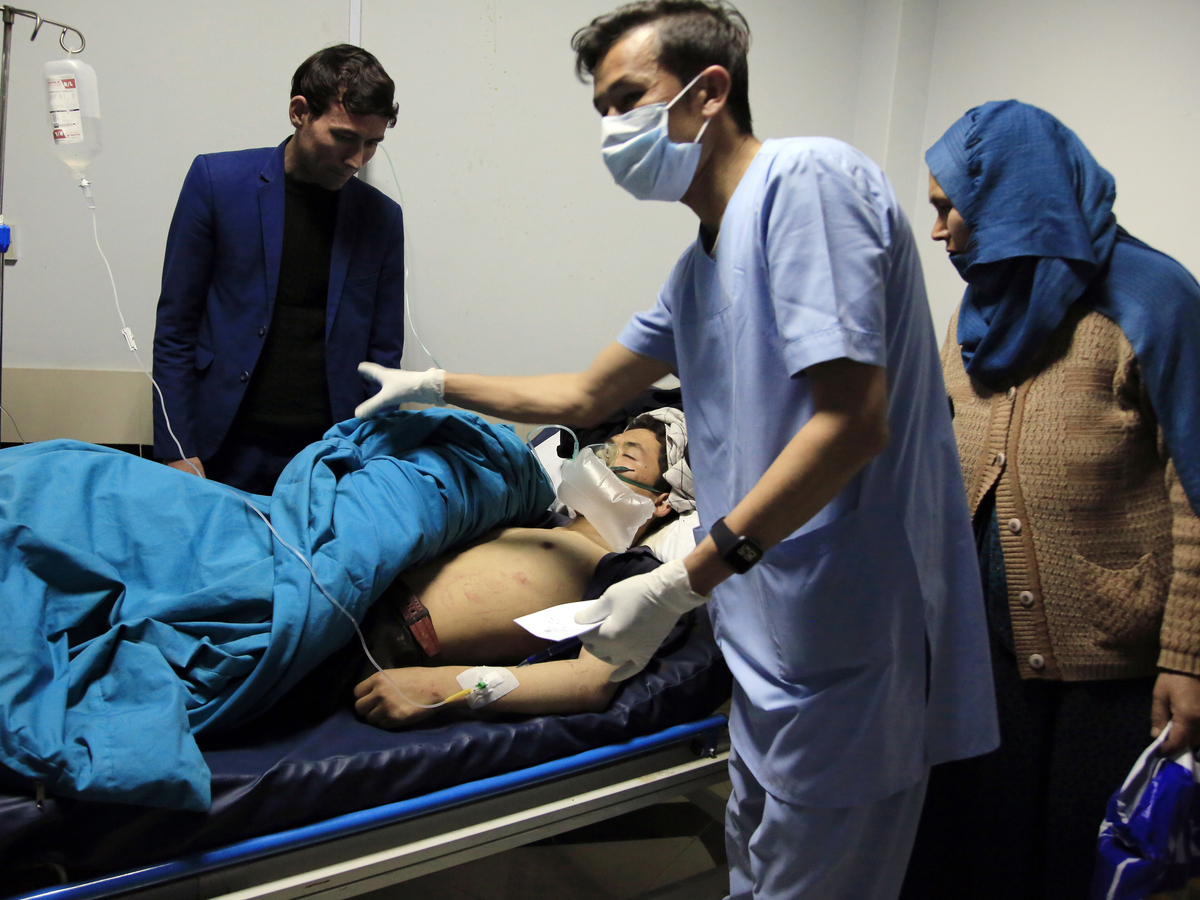 Patients are treated at a hospital after a suicide attack in Kabul, Afghanistan, on Saturday. Dozens were injured.

Officials in Afghanistan say at least 24 people are dead, including schoolchildren, from a suicide attack outside of an education center in the capital of Kabul.

The country's interior ministry confirmed that more than 57 others were wounded Saturday after the explosion went off in a heavily Shiite neighborhood, The Associated Press reported.

Interior ministry spokesman Tariq Arian said the attacker attempted to enter the center but was stopped by security guards, according to the AP. The attacker then set off the explosives in a nearby alley, the Agence France-Presse reported.

Reuters, citing Arian, identified the target of the attack as the Kawsar-e Danish education center. The center offers training and courses for higher education students, the AFP says.

The western Kabul neighborhood where the bombing occurred has a large Shiite community, a minority group in the country that has been targeted by the Islamic State in the past.

The attack came amid intensifying fighting between Afghan forces and the Taliban, even as the two sides engage in peace talks. Those talks were spurred by a peace deal agreed to by the U.S. and the Taliban in February that would pave for the way for the eventual withdrawal of U.S. forces from the country.

Amnesty International said Friday that at least 50 civilians were killed in the past week in spite of the ongoing peace talks.

The Associated Press reported that a separate attack in eastern Afghanistan on Saturday killed nine people after a roadside bomb struck a minivan full of civilians. A second roadside bomb killed two policemen who were en route to respond.