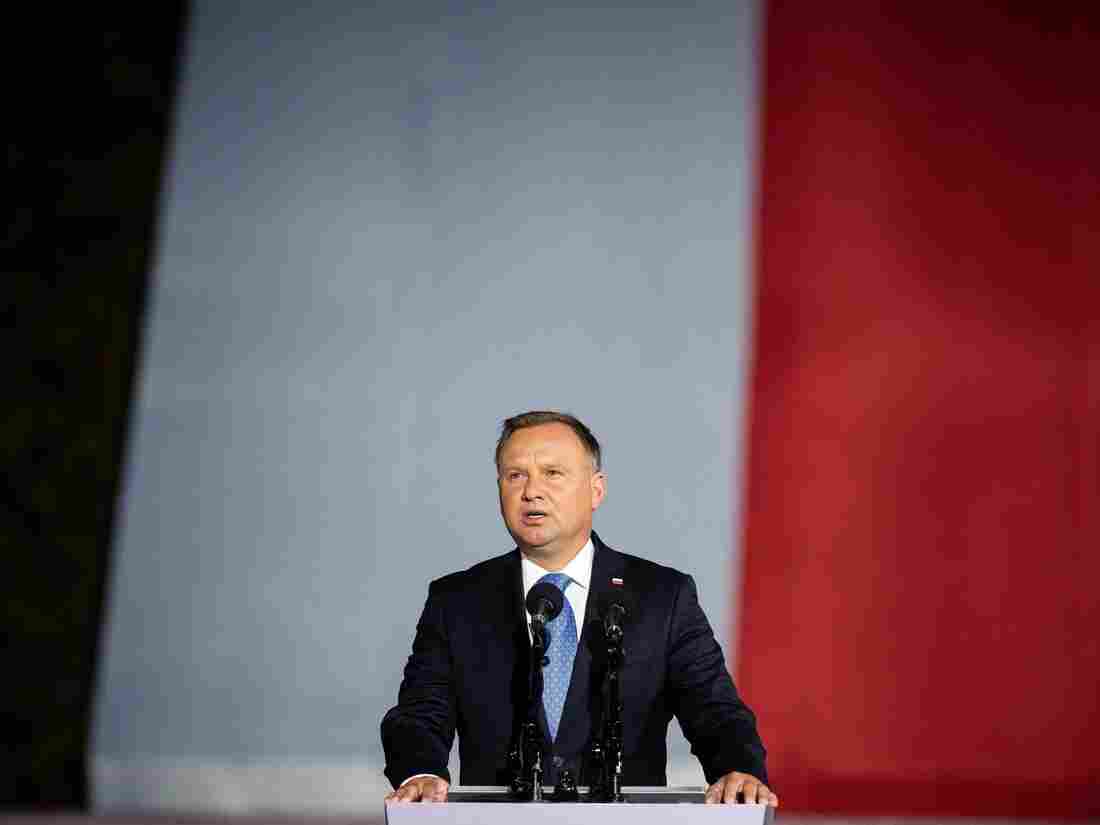 Polish President Andrzej Duda speaks to a crowd in September. Duda is in isolation after testing for the coronavirus. Mateusz Slodkowski/AFP via Getty Images hide caption 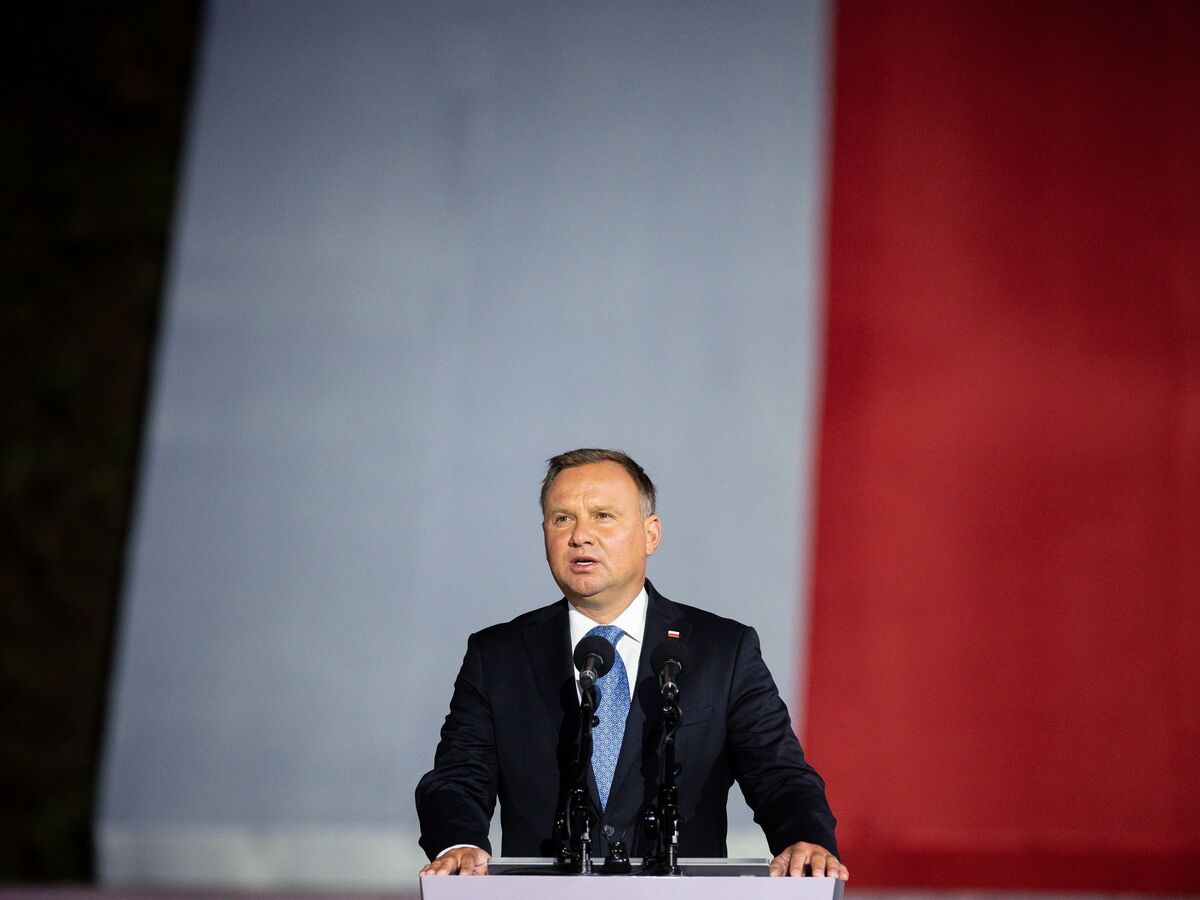 Polish President Andrzej Duda speaks to a crowd in September. Duda is in isolation after testing for the coronavirus.

Poland's president, Andrzej Duda, is in isolation after testing positive for the coronavirus, his spokesman announced Saturday.

"The president is fine," his spokesman, Blazej Spychalski, said on Twitter. "We are in constant contact with the relevant medical services."

In a video message, the 48-year-old Duda said he was experiencing no symptoms. He apologized to people he came into contact with, who now have to quarantine.

"If I had had any symptoms, please believe me, all meetings would have been canceled," Duda said, according to a translation published by The Associated Press.

On Friday, Duda bestowed state honors on tennis player Iga Swiatek, who won the French Open. The 19-year-old Swiatek said she would quarantine.

Poland is currently seeing its greatest surge in coronavirus cases since the pandemic began. Until now, the country had experienced a relatively slow spread, due in part to a strict lockdown imposed in the spring. It took until early October for the country to tally 100,000 cases. But over the past few weeks, the case count has doubled.

On Friday, Poland added more than 13,600 new cases, bringing the total to about 242,000. The country has declared a nationwide "red zone," closing restaurants and bars nationwide and limiting public gatherings to five people.

"Our actions must be much more decisive," Prime Minister Mateusz Morawiecki said. "What worries us a lot is the speed of the increase."

In Poland, the president guides foreign policy and signs legislation, but the duties of the office are largely ceremonial. The prime minister and his administration handles most of the day-to-day work of running the country.

Deputy Prime Minister Jaroslaw Kaczynski, leader of the country's governing Law and Justice Party, went into self-quarantine earlier this week after coming into contact with an infected person. According to The New York Times, a spokesman for Kaczynski said the 71-year-old "feels well and will continue performing his duties from home."

With his positive test result, Duda has joined an unfortunate list of world leaders who have been stricken with the virus, including U.S. President Trump, British Prime Minister Boris Johnson and Brazilian President Jair Bolsonaro. All have recovered.