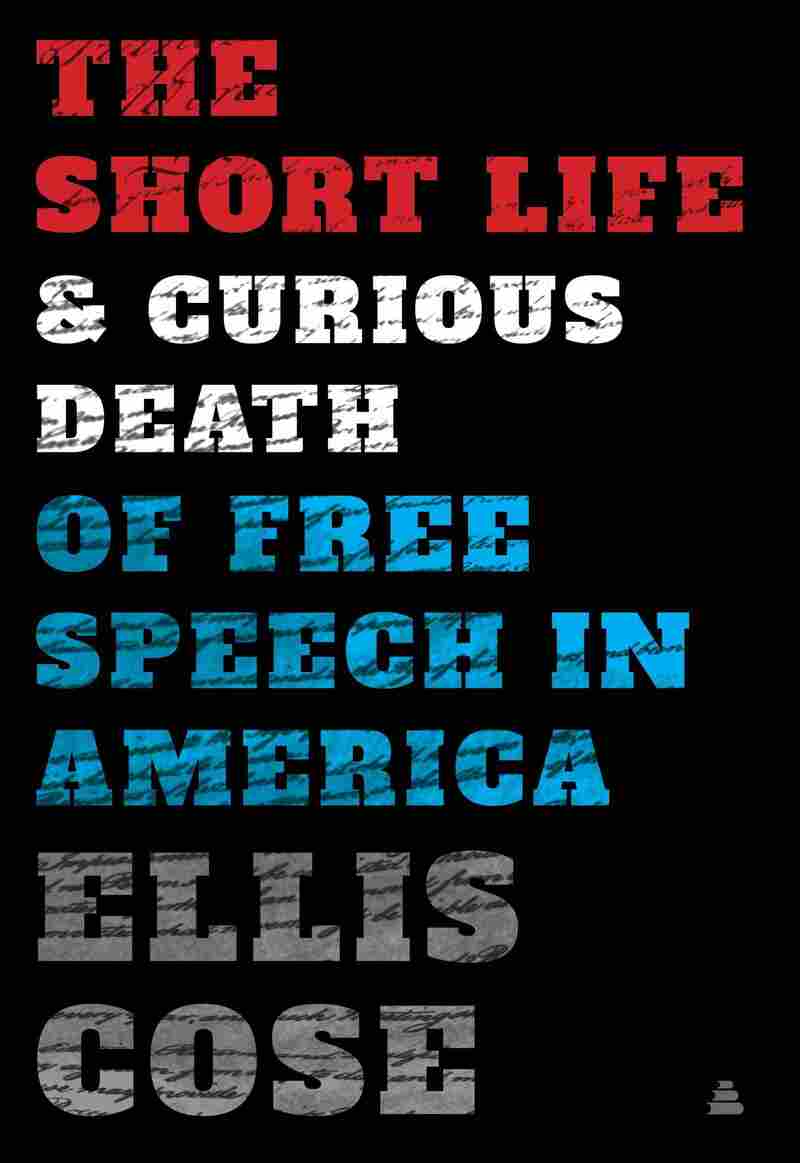 The First Amendment — and its protection of free speech — may be the best-known and, possibly, the most cherished of the amendments to the U.S. Constitution.

But there is also a long-running battle over what the limits of free speech should be. And this election year, with its heated and sometimes hateful rhetoric — and challenges to the tech companies to referee it all — is certainly placing that battle at the forefront.

That's just one reason editor and columnist Ellis Cose's latest book — The Short Life And Curious Death Of Free Speech in America — is so timely.

On the relative newness of the concept of freedom of speech

It grew directly out of World War I. When the United States government got involved in the war, we immediately passed a couple of new laws. One was the Espionage Act, the other was the Sedition Act, which was an amendment to the Espionage Act. And what they — what those laws did, as the original Alien and Sedition Acts did, was to essentially make it illegal to criticize the government.

And so you had any number of individuals and institutions who were jailed because they were critical of the draft. And you had a number of activists, you know, including the group that later became — came together as the ACLU, who said: 'Wait a minute. Don't we have freedom of speech in this country? Can't we speak out?' And so, slowly, we began to come up with a modern conception of the First Amendment.

In many respects, I mean, at least Obama and George Bush had respect for the Constitution, and they understood what it meant. But when you go into the current administration, you have an administration that doesn't even believe in truth, that does not believe in constitutional process and does not believe in rights at all, as generally understood. And what we now have [is] an entire government apparatus designed to foster falsehoods, and that endangers the whole idea that our country is based on, which is that we can get to some kind of universal truth from which we can proceed to have a better government and a better society as a result.

Well, my take is that we as a people tend to understand the First Amendment in a very specific and personal way. We tend to believe that the First Amendment says that we have a right to free speech as long as you say things that I agree with. That tends to be the way that the First Amendment is viewed on the left; it tends to be the way that it's viewed on the right. So there's a tension — there's always has been a tension between the idea of free speech and the practice of it in the real world when people don't like ideas that they don't like and they don't want to hear them. And I think that's just one of the things we need to struggle with as a society.