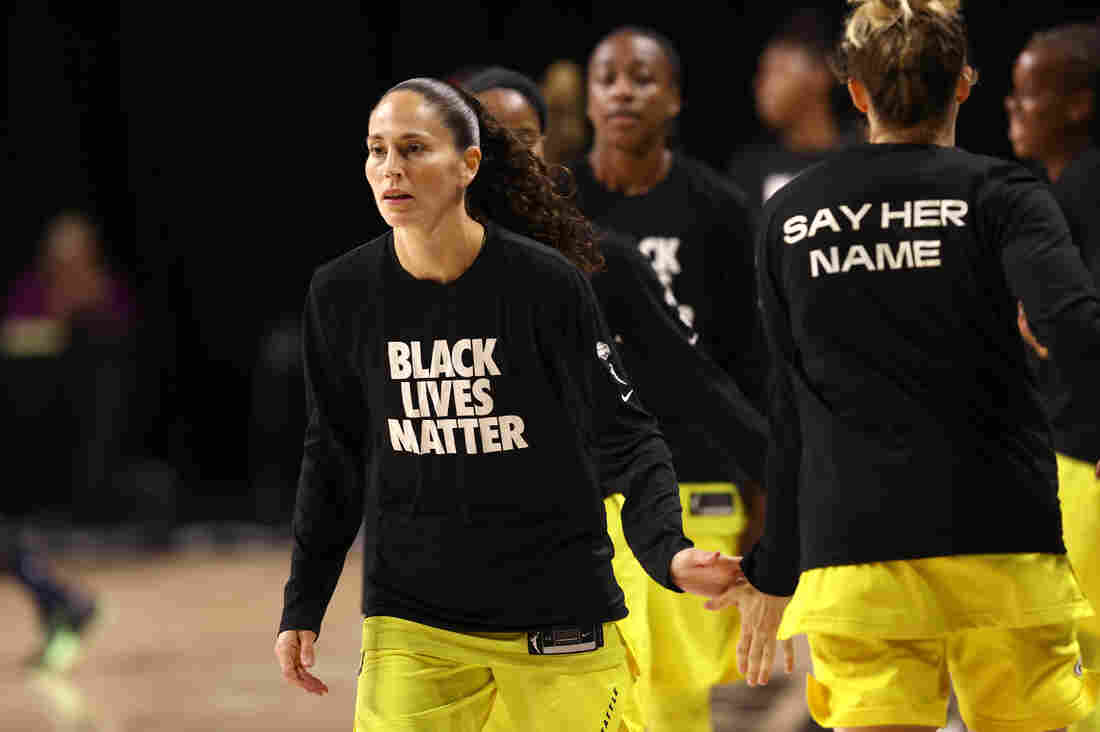 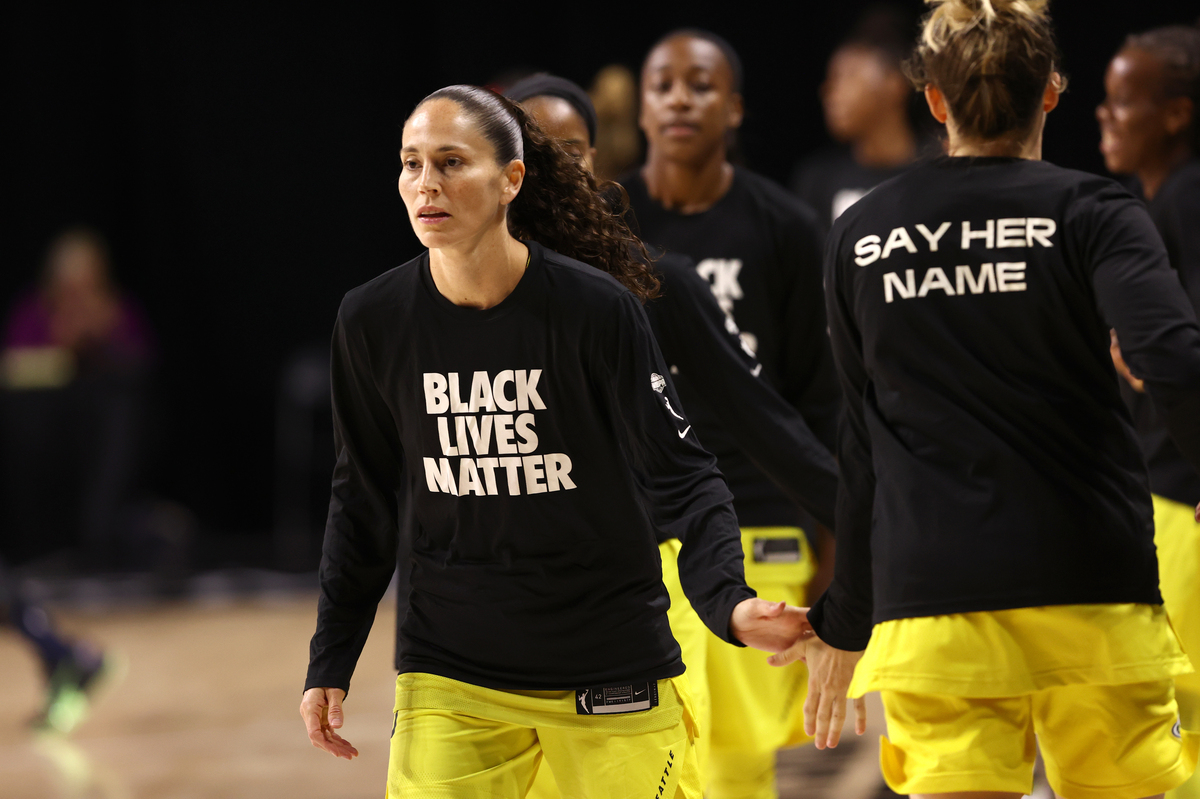 Basketball superstar Sue Bird cleared many hurdles alongside her teammates over the course of an unusual season to win her fourth WNBA championship with the Seattle Storm earlier this month.

But long before her victory on the court, she joined her WNBA teammates in leading a bigger fight, through activism on social justice issues.

As a vice president of the WNBA players union, the point guard worked with her colleagues to figure out how to play safely during the pandemic in the "wubble," the bubble the WNBA built in order to play out the season. While union leadership hammered out contracts with the league, Bird says one demand topped their list of "nonnegotiables":

"Our season was going to have to be played with social justice messages, on our jerseys, on the floor — forefront. And to [the league's] credit, right from the jump, they were in," Bird said in an interview with NPR's Michel Martin on All Things Considered.

How Black Women Athletes Paved The Way For The NBA Strike

The WNBA has long been overshadowed by the attention centered on the NBA, and the rest of the men's sports world, when it comes to both victories and controversies around athletes who speak out about social justice issues.

When the Milwaukee Bucks chose to sit out their August playoff game against the Orlando Magic in protest of the police shooting of Jacob Blake, it set off a powerful domino effect in the pro sports world. Other teams joined the strike, threatening to cut short a costly NBA season. Games resumed just days later, with the league agreeing to form a "social justice coalition" to promote voting and advocate for criminal justice overhauls.

Yet as NPR's Code Switch team wrote, it was the years of activism by female athletes who paved the way for the "unprecedented" strike.

"We understand what it's like to have to band together and fight for respect," Bird says.

Female athletes, Bird says, are used to being judged on virtually everything.

Bird says players in her league are practiced at presenting a united front in social justice conversations with league executives because they recognize the power of their intersectionality, instead of letting race, gender and sexual orientation divide them.

"Throughout WNBA seasons, we always have a Pride night. And whether you're gay or not, you stand by your teammates," says Bird. "And I think this is just another example. I'm not Black. But of course, I'm going to stand by my teammates, by the women in this league, and fight the fight."

In July, WNBA players announced ahead of the first tip-off that they would dedicate the season to Breonna Taylor and the "Say Her Name" campaign, which brings awareness to Black female victims of police violence. Bird, along with her Storm teammates and opposing team The New York Liberty, held a 26-second moment of silence in honor of Taylor, who was 26 years old when she was killed by Louisville, Ky., police in her home in March.

Players designed "We Are Breonna Taylor" shirts and sent proceeds to the Breonna Taylor Foundation. After the WNBA postponed games in August following Blake's shooting, Washington Mystics players wore T-shirts with seven bullet holes printed on the back in honor of Blake, a Black man who was shot several times in the back by police in Kenosha, Wis.

About 70% of the players in the WBNA are Black. It's that demographic that Bird thinks makes the WNBA get less attention than other women's sports — namely, soccer.

"I think basketball players, we're all shapes and sizes. It's [majority] Black women, a lot of gay women. We're tall, we're big," she said. "People are quick to talk about it, judge it, put it down. And soccer, you just don't see that just based on how they look."

But it's that very reason — the league's diversity and its struggle to see the spotlight — that Bird thinks makes activism a priority for the WNBA.

"What this summer has taught I think all of us in the WNBA is that we have a voice and we do have this platform. And we also have these unique experiences that we can share — and again, all in the name of having a positive change on our country."

NPR's Robert Baldwin III and Tinbete Ermyas produced and edited the audio version of this story.