Accessibility links
360,000 Customers Lose Power In California Amid Fire-Safety Shutoffs Pacific Gas and Electric Company announced a public safety power shutoff over the weekend as some of the strongest winds and driest conditions of this year's fire season sweep through the region. 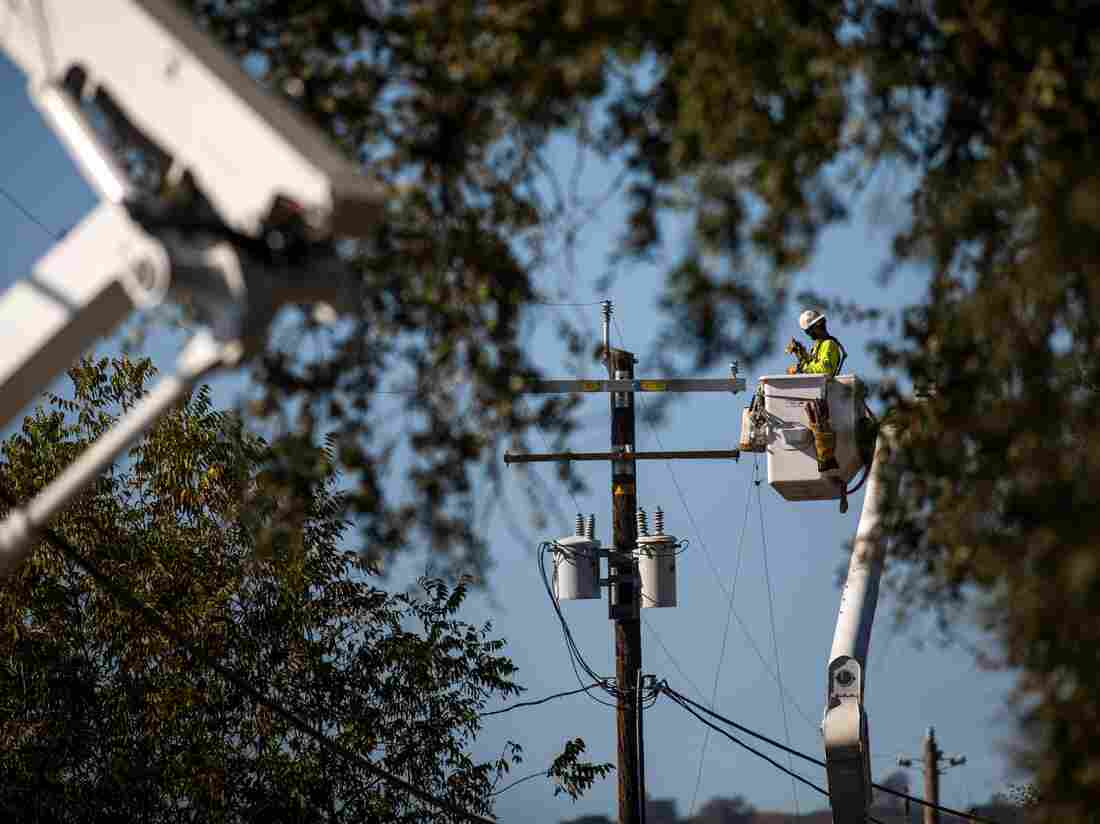 A PG&E contractor works on utility poles along Highway 128 near Geyserville, Calif., on October 31, 2019. The utility is shutting off power for hundreds of thousands in an effort to not spark wildfires. Philip Pacheco/AFP via Getty Images hide caption 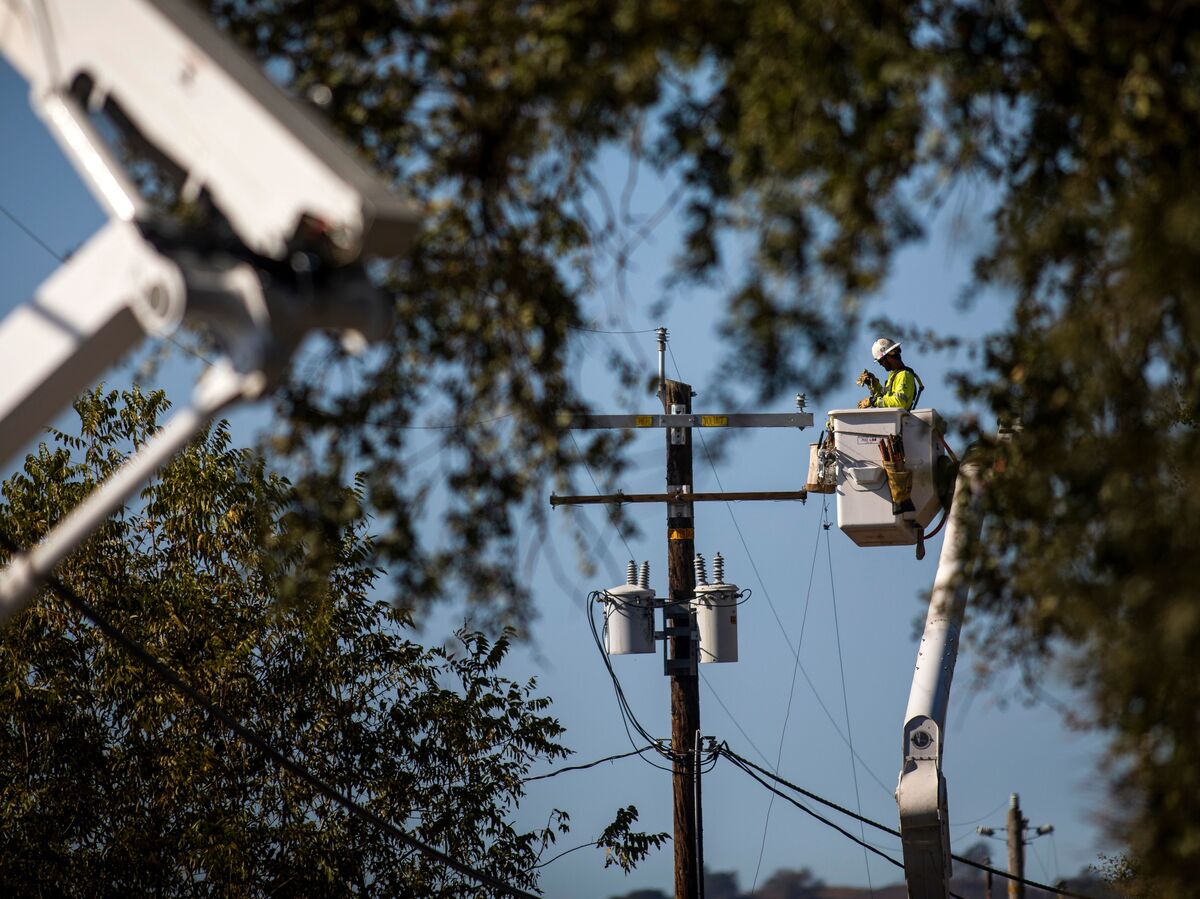 A PG&E contractor works on utility poles along Highway 128 near Geyserville, Calif., on October 31, 2019. The utility is shutting off power for hundreds of thousands in an effort to not spark wildfires.

Pacific Gas and Electric Company (PG&E) is shutting off power for approximately 361,000 customers in Northern California on Sunday to help prevent sparking wildfires amid extreme weather conditions. The utility says the shutoffs are affecting customers across 36 counties as weather forecasts predict wind gusts over 70 mph in some areas combined with dry conditions.

Much of the state is under a Red Flag Warning — signifying extreme fire conditions — with 20 wildfires already burning and 5,000 firefighters deployed, according to the California Department of Forestry and Fire Protection, or Cal Fire.

"On a scale of 1 to 10, this event is a 9," Craig Clements, director of San Jose State University's Fire Weather Lab, told the Bay Area News Group. "Historically our biggest fires are in October. We are in a critical period."

Millions Of Homes Are At Risk Of Wildfires, But It's Rarely Disclosed

Downed power lines and other electrical equipment have been blamed for igniting deadly and destructive fires in California in the past — most notably the 2018 Camp Fire which killed 85 people and destroyed thousands of buildings around the town of Paradise. PG&E pleaded guilty to 84 separate counts of involuntary manslaughter and one felony count of unlawfully starting a fire in that case earlier this year.

This weekend's shutoffs began Sunday morning and will continue through Monday, as the highest winds are expected throughout the night. They are the fifth public safety power shutoff, or PSPS, for the utility this year.

Peak period of concern will roughly be from 6 pm Sunday night through about 7-10 am Monday when winds will be strongest. pic.twitter.com/VjDmkGfiTv

"We're seeing four extremes in the weather for this potential PSPS event: extremely high winds, extremely low humidity, extreme dry fuels due to the hottest average temperatures over the last six months according to records that go back 126 years, and extreme drought across the territory given lack of rainfall," Scott Strenfel, PG&E's head of meteorology and fire science, said in a statement.

PG&E will inspect the de-energized lines for damage and aim to restore power to all customers within 12 daylight hours after severe weather has passed, according to a press release from the San Francisco-based utility company.

2020 has been an unprecedented wildfire year across the western part of the country, with large fires currently burning in 11 states, according to the National Interagency Fire Center. In California alone, well over 4 million acres have burned, more than doubling a previous record. The year's fires have killed dozens of people, burned thousands of buildings and forced over 100,000 people to evacuate.

Scientists say that climate change makes large, destructive wildfires more likely because of hotter temperatures and drier vegetation. Across the country, higher average temperatures are increasing the length of fire season and the number of places where fires can occur.